Nepal Aesthetics – 7 Things to Do in the Himalayas 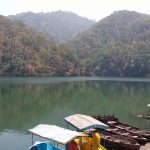 A landlocked Himalayan country in South Asia, Nepal is the largest sovereign Himalayan state. With a diverse topography, Nepal has fertile plains in the south, subal pine forested hills and isolated valleys and a marvelous Himalayan terrain in the north.Seven things that you can do when you travel to Nepal.In this article you will learn about things to do in the Himalayas. 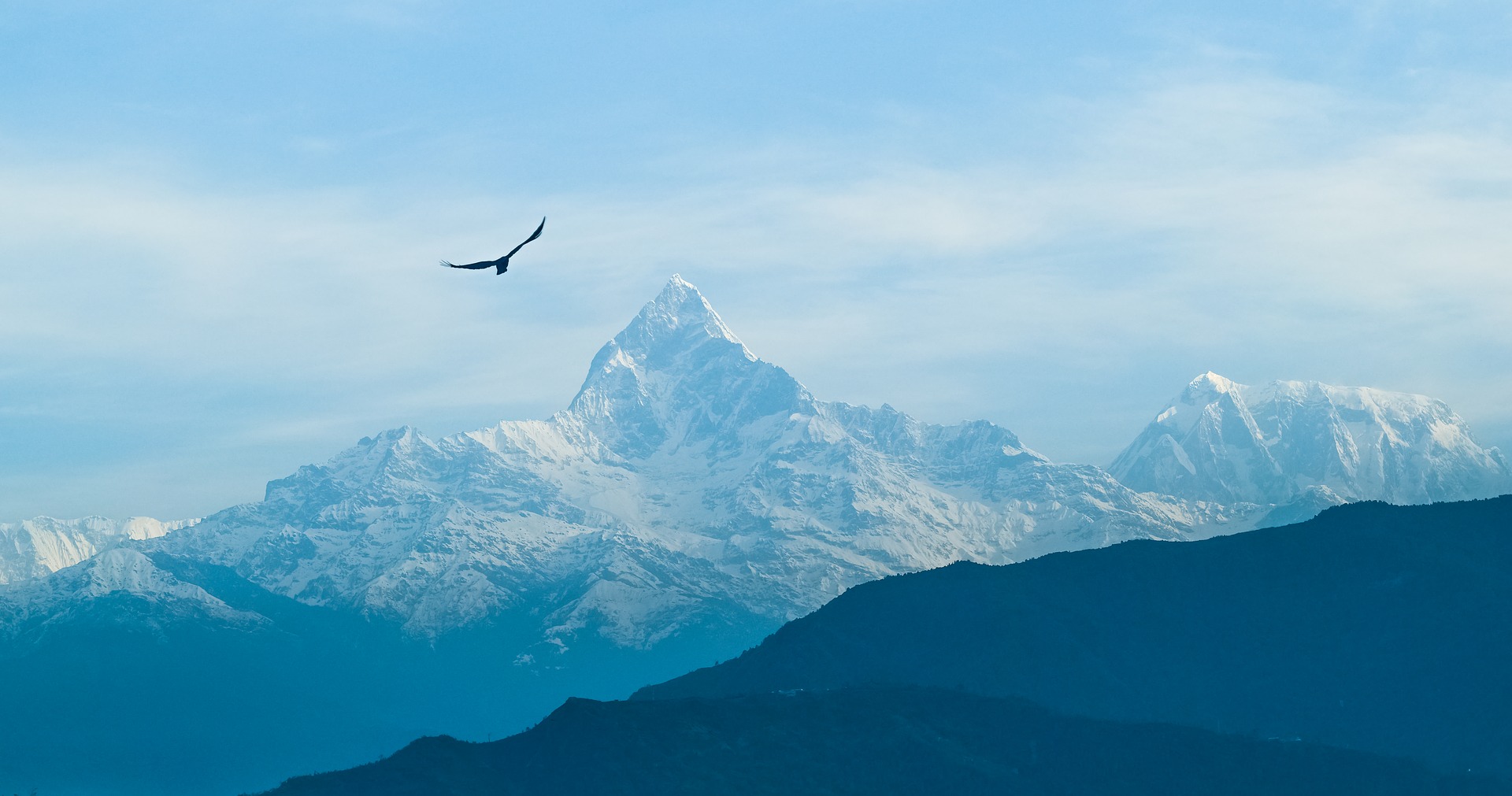 Eight of the ten tallest mountains lie in Nepal, including Mount Everest- the tallest peak on the planet. With Kathmandu as its capital, Nepal is a multi-ethnic, multi-religious and a multilingual country. The dramatic difference in the elevation found in the country presents a myriad of  biomes- from tropical savannas along the Indian border, to subtropical broad leaf and coniferous forests in the Hill Region, to beautifully dense coniferous forests on the slopes of the Himalaya, to mountain grass and shrub lands and rock and ice at the highest elevations. Embedded with beautiful landscapes and varying terrains from the smooth regions of Terai to rugged hills covered in lush forests and brilliant snowy mountain peaks, Nepal is considered one of the best travel destination to visit.

Comprising of amazing and unique art and architecture manifested from many religious practices, the country also showcases its coruscating dexterity in many historically and culturally significant sites. The birth-place of Lord Buddha, Nepal has a very opulent history. The Kathmandu Valley of Nepal alone has at least 130 important monuments, including several pilgrimage sites for Hindus and Buddhists as well as seven World Heritage Sites within the valley.

Why one should travel to Nepal

Aside from the harmonious amalgamation of various religious and ethnic groups, Nepal also has one of the best natural environments and beautiful terrains that present a wonderful setting for many adventure activities.

In the Kathmandu Valley alone, three major old cities- Kathmandu, Bhaktapur and Patan, present a beguiling prospect of cultural tours with old monarchial palaces, architecturally intricate temples and buildings carved and decorated with opulent sculpture, statuettes and figurines. Shrouded in sumptuous history, the three major Durbar Squares of the valley, old courtyards, elaborative paintings and statues, religious temples that are scared to specific religion and with many wonderful cultural sites- Nepal is a cornucopia of diverse ethnicity.

The capital- Kathmandu, is also the largest metropolis in the hill region of the country. With a bowl-shaped geographical feature, Kathmandu was historically termed as “Nepal Proper” and has been the home of Newar culture, a cosmopolitan urban civilization in the Himalayan foothills. Hosting palaces, mansions and gardens of the Nepalese aristocracy that date back all the way to ancient times, Kathmandu is also the headquarters of the South Asian Association for Regional Cooperation (SAARC). Along with the capital, Nepal also has many other destinations like the regions of Everest, Annapurna, Langtang, Manaslu and Mustang that present beautiful trekking trails and acreages for adventure.

Being the second-richest country in water-resources, Nepal has altogether 6,000 rivers (including rivulets and tributaries) in estimation that drain from the Himalayas and the Glaciers. The majority of the rivers are also used for white-water rafting and various other water-sports. With a huge magnitude of diversity in flora and fauna as well, Nepal has 20 protected areas consisting of ten national parks, three wildlife reserves, six conservation areas and one hunting reserve.

Among the national parks, two of them- the Chitwan National Park and the Sagarmatha National Park, are listed under the UNESCO Natural World Heritage Site List as well. As such, wildlife diversity is a notable feature of the country. Visiting Nepal presets quite an exotic vacation where people can experience unique culture and customs of diverse ethnic groups, look at magnificent sights of the mountain peaks, have adventures in the isolated villages and settlements located on the crevasses of the Alps and bask in the glory of trekking close to the highest peaks on Earth.

Top 7 things to do in Nepal

Trekking in Nepal is perhaps one of the most famous adventure activity to do in the country. Because of the country’s beautiful topography and geological features, Nepal trekking is a sublime affair. With many trekking destinations and regions- like the Everest region, the region of Annapurna, the Langtang, Manaslu and Mustang among many others, trekking in Nepal is done by thousands of visitors every year.

The Khumbu region, also known as the Everest region, is a popular trekking destination in the country. Lying on northeastern Nepal on the Nepalese side of Mount Everest, Khumbu is considered as a major Sherpa settlement of the Himalaya. It includes the famous mountain town of Namche Bazaar as well as the villages of Thame, Khumjung, Pangboche, Pheriche and Kunde. The famous Buddhist monastery at Tengboche is also located in the Khumbu. These destinations are all explored in the much-celebrated Everest Base Camp Trek. With elevations ranging from 3,300 meters to the 8,848 meter summit of Mount Everest, Khumbu hosts the highest place on Earth. Trekking in Nepal in the Khumbu also includes excursing through the Sagarmatha National Park.

With a beautiful tapestry of ivory mountain peaks, Nepal trekking includes sights and visits to many cerulean pinnacles, all the while walking on trails that flaunt a prepossessing natural environment. The Annapurna Mountain Massif as well, in the Annapurna region of Nepal, possesses a magnificent setting for trekking- with the Kali Gandaki Gorge to its west, the Marshyangdi River to its north and east, and the Pokhara Valley to its south.

The Annapurna I Main is the tenth highest mountain in the world and the famous Annapurna Circuit Trek takes travelers to the very epicenter of the region filled with amazing landscapes and sights of well-known peaks like the Dhaulagiri, Machhapuchhre, Manaslu, Gangapurna, Tilicho Peak, Pisang Peak, and the Paungda Danda. Nepal trekking also presents going through many isolated and far-off settlements that lie on the path to the mountains, giving travelers the opportunity to have close encounters with the unique culture, tradition and day-to-day lifestyle of the indigenous mountain people.

Hiking in Nepal is the preferred activity to do for people who want to experience the natural environment of the land away from the busy hustles of city-life. With a myriad of hill stations and vantage points, Nepal Hiking is a beautiful way to marinate oneself with the sights and ambiance of the winsome habitat. Vantage points like Nagarkot, Chisapani, Dhulikhel, Kakani, Sarangkot and Daman offer the best views of the Himalayan panorama in the country.

Short Hiking Tours can be done as an alternative to strenuous trekking journeys. Nagarkot offers a beautiful hiking experience with view of the Himalayas including Mount Everest as well as other peaks of the Himalayan range of eastern Nepal. Hiking in Nepal lets travelers walk up to marvelous vantage points along with beauteous and appealing natural environments. Nagarkot also commands one of the broadest views of the Himalayas in the Kathmandu valley with sights of the 8 Himalayan ranges of Nepal out of 13. Along with that, the vantage point of Poon Hill in the Annapurna region also presents gorgeous views of the Annapurna Mountain massif. It is also famous for its view of the rising sun. The whole manifestation of the rising sun changing the tincture of the ivory Annapurna from snowy white to a cascade of molten gold and burning ember is breath-taking! Hiking along the routes to vantage points is a fun and relaxing way to embrace the beauty of nature and relax in the soothing atmosphere of Nepal’s brilliant environment.

Nepal, being rich in heterogeneity regarding culture and religion, is rich in destinations and sites that showcase the integrity of Nepali art, architecture, literature and tradition. Nepali architecture, art and cultural tours presents a unique strain of art and practicality in the country. Situated between the trade routes of India, Tibet and China- Nepali architecture reflects influences from many cultural strongholds, making cultural tours in Nepal a wholesome affair.

The pagoda architectural tradition figures prominently among Hindu temples in the country. The pagoda architectural tradition as well, along with the Tibetan tradition of Buddhist architecture and the stupa in contrast is widely used among Buddhist temples throughout the country. In the Kathmandu valley alone, Newa architecture is seen prominently in use by the Newari people in style used in buildings ranging from stupas and chaitya monastery buildings to courtyard structures and distinctive houses. There are many sacred and holy places and sites that inspires cultural tours in the country like the holy Pashupatinath Temple, the Boudhanath Stupa, the Stupa of Swayambhunath and the three Durbar Squares of Kathmandu, Bhaktapur and Lalitpur- all of which are listed under the UNESCO World Heritage Sites List. The architecture style marked by striking brick work and a unique style of wood carving is rarely seen outside Nepal.

Nepal is famous for its myriad of rivers along with its mountains. As a matter of fact, Nepal is one of the best places in the world for white water rafting- which isn’t really surprising because the country holds many of the world’s tallest mountains. The country truly is a paradise for adventure-lovers! With over 6000 rivers flowing through the country, there are plenty of choices to choose from for White Water Rafting. Famous rivers for rafting include the Kali Gandaki, the Trishuli, the Bhote Koshi, the Seti River and the Sun Koshi among many.

The Gandaki River is one of the major rivers of Nepal and a left bank tributary of the holy Ganges in India. In Nepal, the river is notable for its deep gorge through the Himalayas and its enormous hydroelectric potential. Trishuli River is a trans-boundary river and is one of the major tributaries of the Narayani River basin in central Nepal and originates from Tibet. Seti River is an important tributary of the Karnali system that drains western Nepal. White Water rafting is an amazing sport that can be done by anybody in the country.

Because of the variance in climate ranging from tropical to arctic, Nepal hosts a large variety of plants and animals. Nepal has established numerous National Parks and reserves in order to protect its diverse fauna.  A biodiversity hot spot with ecoregions broadly comprising of the mountainous ecoregion, the savanna and the grasslands, Wild Life Adventures in the country makes for a relaxing and beautiful time in the lush woods.

One of the most famous National Park in the country- the Chitwan National Park, is notable for its Jungle safaris. It is also the first national park of Nepal. Wild Life Adventures in the country mainly involves exploring the jungles and getting to see many endangered species of animals like the Red Panda, One-Horned Rhinoceros, Bengal Tigers and the Musk Deer, along with thousands of avifauna and beautiful flora. The exploration of the woods are mainly done of Elephant backs and is a mesmerizing feat.

Thus, Nepal offers many more activities to do in the country. With the above-mentioned thrills of trekking, hiking, cultural tours, rafting and wild-life adventures, Nepal is a country that is cheap and affordable as well. Tourism is perhaps one of the largest industry in Nepal and its largest source of foreign exchange and revenue. A hotspot destination for mountaineers, rock climbers and people seeking adventure, Nepal is the perfect destination for vacationing for people of all age groups. There is something for everybody!