Travel To Asia – A Short Nepal Travel Guide for Beginners 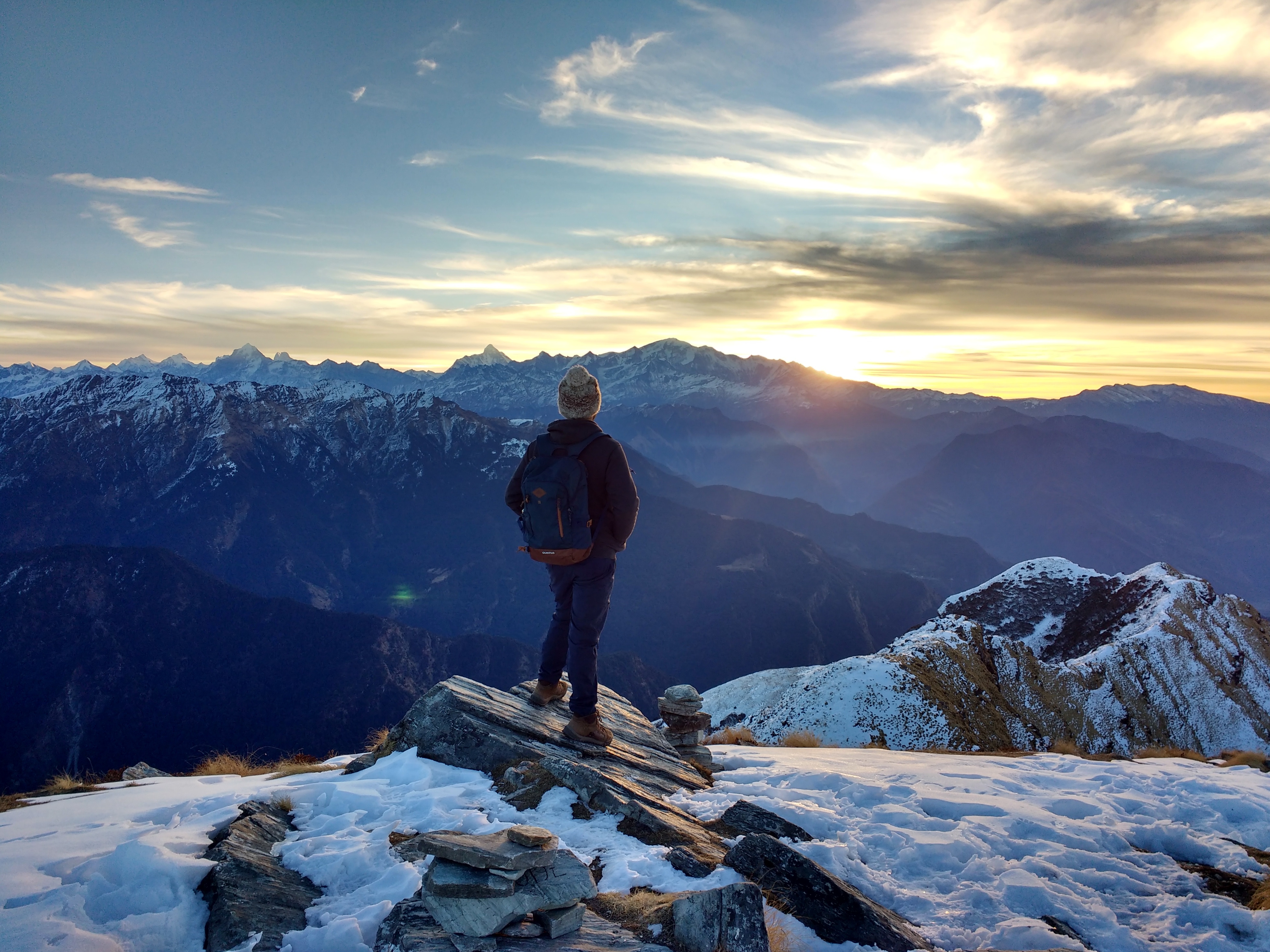 The Himalayas are a mountain range in Asia which separates the Indian subcontinent from the Tibetan Plateau. There are over 50 mountains included in this range that are over 23,000 ft in elevation, with fourteen peaks exceeding 26,000 ft. To put that into perspective, that’s about 5 miles tall. The entirety of the Himalayas runs over 1500 miles long from North Pakistan to Southeastern Tibet, spreading across five countries total. Over 52 million people live in this region, which is also home to three major river systems, the Indus, Ganges, and Tsangpo-Brahmaputra, as well as hundreds of lakes. Due to the size of the Himalayas, there exists a multitude of complex climate systems, which range from cold, dry deserts to humid subtropics. For this reason, the plant and animal life of the region is also very diverse. The main predator of the region is the elusive snow leopard, who feed on goats and sheep of the region. There also exists various deer, red pandas, and brown bears. Unfortunately, climate change is drastically affecting the region’s flora and fauna populations as the region warms. This causes the colder climate species to migrate continuously up the mountains. 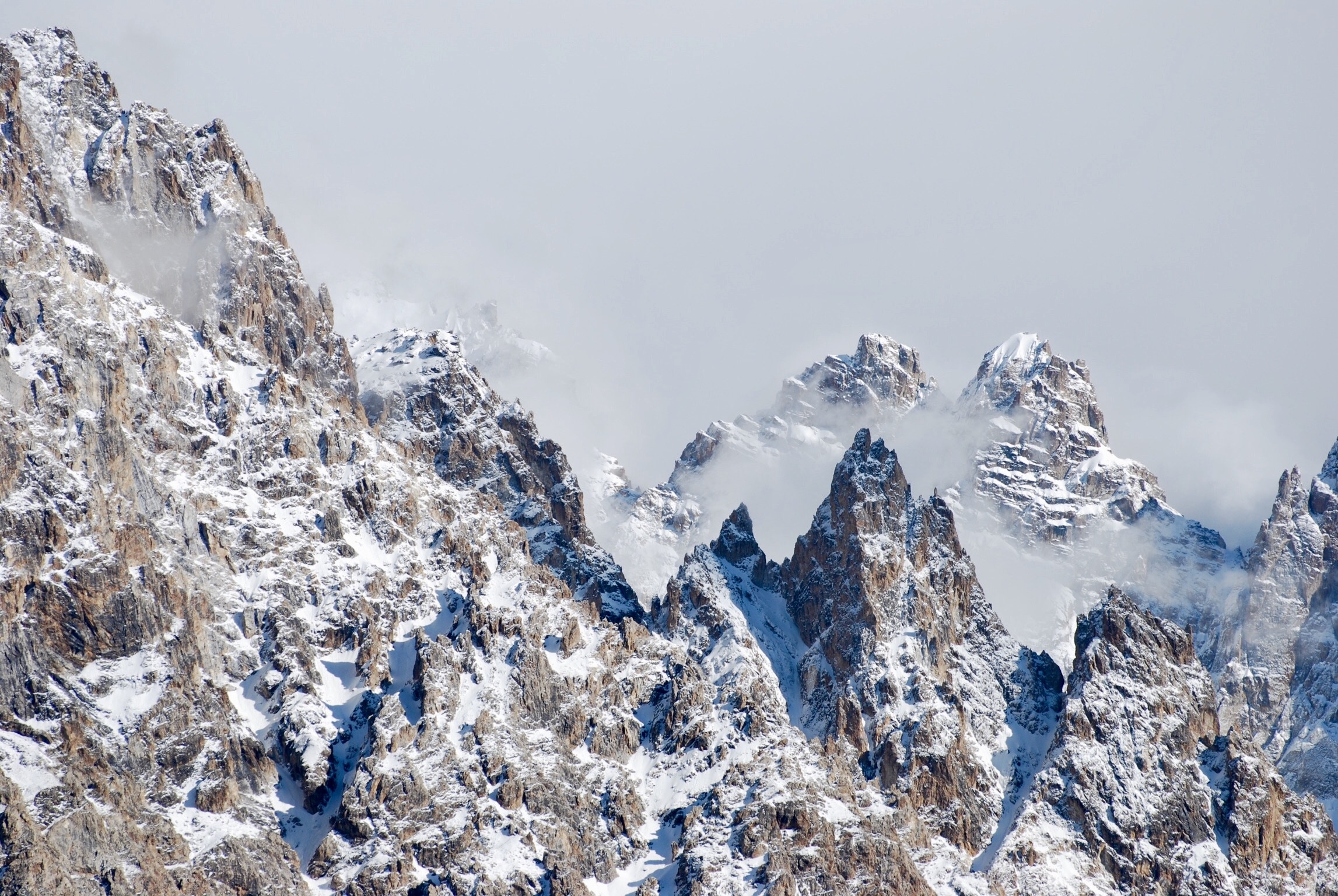 Cultures of the Himalayas

As diverse as the sub climates of the Himalayas are, just as diverse are the cultures in the region’s 52 million residents. Traditionally, four main cultural populations have existed in the Himalayan region. These are Hindu of India, Islamic of Afghanistan and Iraq, Buddhist of Tibet and Animist of Burma and other parts of Southeast Asia. To these various cultures, the Himalayas are a sacred place. It is considered the birthplace of Buddhism, and for Hindus, it is the area where the first spiritual teacher of the dharma, Rishabhdeva achieved nirvana. While they share this region, they vary in their spiritual practices, architecture, language, general beliefs, and clothing. This is shown in the various ways, from the colors they use to weave textiles to the shapes of their homes. These four cultures represent the four religions of Hinduism, Buddhism, Jainism, and Sikhism. 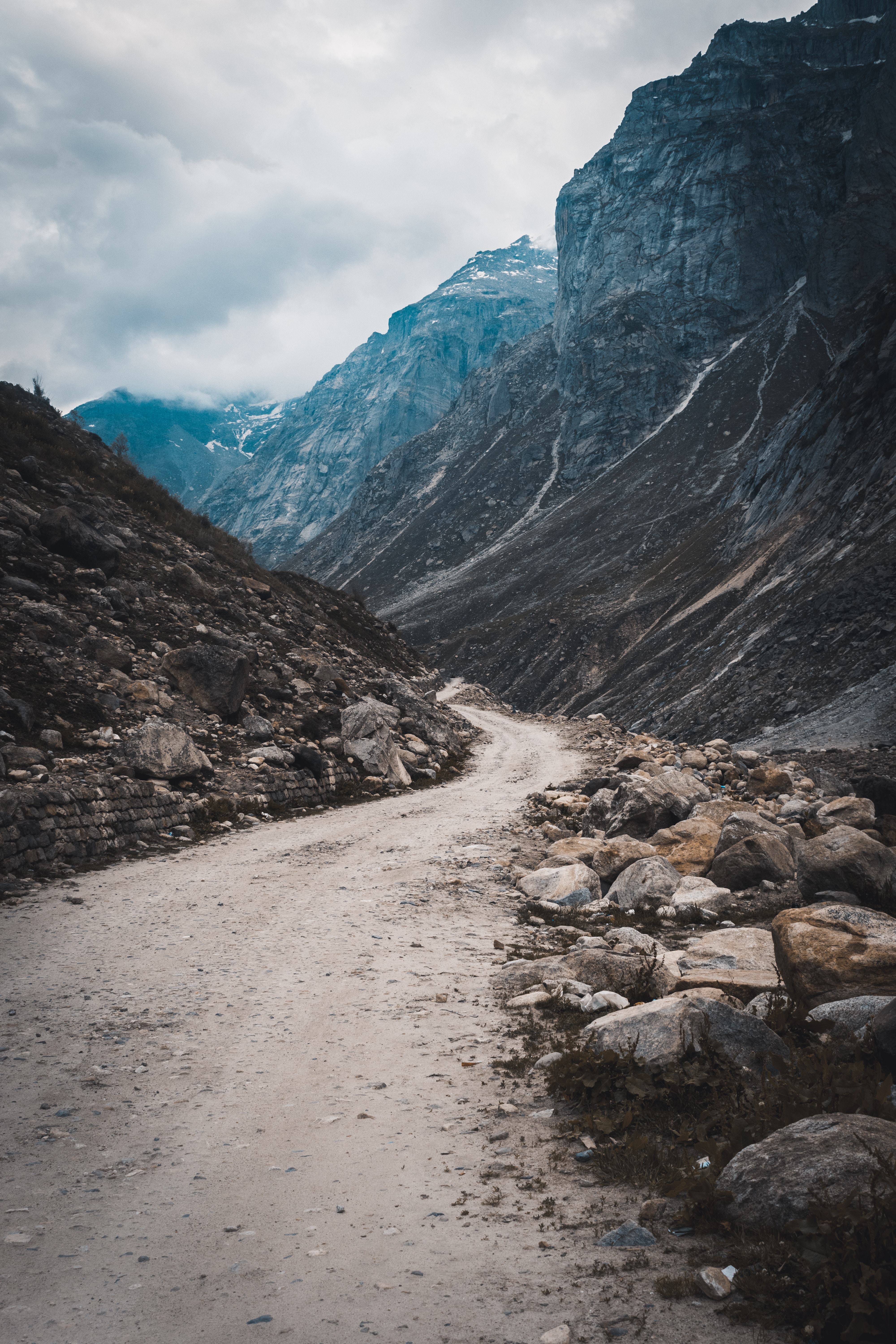 Countries of the Himalayas

The five countries represented in the Himalayas are India, Nepal, China, Pakistan, and Bhutan. Though these countries all share the Himalayas in common, they are vastly different from one another. The Indian Himalayan Region provides most of the water for the country of India. Also, some of the world’s highest mountains are found in this region, including the Pir Panjal Range and Saltoro Kangri, the 31st tallest peak in the world. The Nepal Himalayas include another large chunk of the world’s tallest peaks, including Mt. Everest, Kanchenjunga, Manaslu I and Makalu. These highlands are mostly uninhabitable and not even possible by human travel. The Pakistan Himalayas again include a few of the tallest peaks in the world, including the treacherous K2, the second tallest peak in the world. Another is Nanga Parbat, the 9th tallest peak, and Tirich Mir, the 33rd tallest peak. The highest peak in the Bhutan Himalayas is Gangkhar Puensum, which is a contender for the tallest unclimbed mountain in the world at over 24,800 ft. These countries are all open to exploration – but if you want to venture off the beaten path, you should look into booking a trekking trip to Bhutan. This country has been least visited by tourists, and going there is like venturing into a completely different world, away from the crowds in other part of the Himalayas. 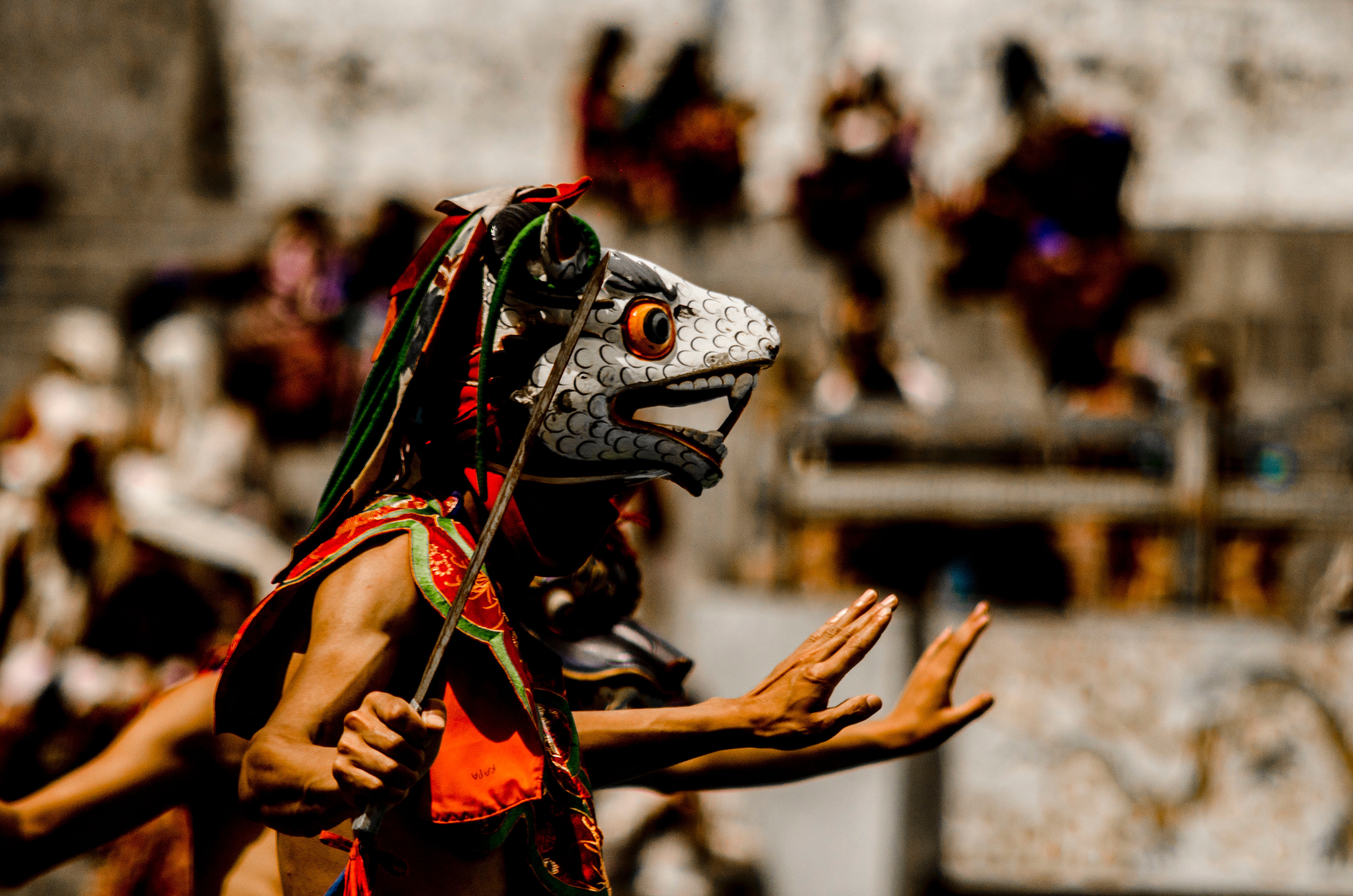 Famous Climbs in the Himalayas

Containing the highest concentration of the world’s hardest climbs, it’s no wonder people assume anything in the Himalayas is unattainable. The undoubtedly most famous climb in the Himalayas is also the tallest peak on earth, measuring an astounding 29,029 ft tall, about 5.5 miles. There are two summit routes which attract over 800 of the best alpinists on the planet each year. But it does not come without a price. Although 4,000 people have completed treks to the summit, around 300 have also died in the process. The first ascent was made in 1953 by a team of British climbers, and to this day many records have been set ranging from the fastest ascent to the highest number of climbs and even youngest to reach the summit at 13-years-old. The second tallest peak in the world is also the next famous climb. K2 named such as it was the second identified peak in the Karakoram range, which began in 1802 in India. K2 sits at 28,251 ft tall, around 5.3 miles tall. Although K2 is its official name, it also more ominously known as Savage Mountain, for its difficulty of ascent. With 300 successful ascents, but 77 deaths, it is one of the more deadly peaks to climb in the world. K2 features ascent routes in China and Pakistan, though the China side is less frequented due to its extreme difficulty. Also, this peak is not attempted in the winter, as it would make it impossible. The third highest peak in the world is Kanchenjunga, also in the Nepal Himalayas. It is 28,169 ft tall and was first climbed in 1955 by British climbers. Thought it is not the most deadly mountain in the world, it has maintained a 20% rate of death since the 1990’s.

Hopefully, that didn’t deter you too much from wanting to visit this beautiful region of the world. While the taller peaks are impossible to climb for the average traveler, they are amazing to see up close. And there are plenty of other easy hikes to do in the area.

If you have 2 days…Prashar Lake Trek

If you only have two days and want to see as much as possible, then the Parashar Lake Trek is for you. You’ll pass through small villages, rushing rivers and dense forests, offering a glimpse of all the region has to offer. Prashar Lake is located in the Indian Himalayas and begins and ends in Parnrasa. The trek is an out and back to the lake, involving about 4-5 hours of hiking each day.

If you have 3-5 days…Hampta Pass

At 14,500 ft of elevation and a 4-5 day completion time, this is an easy to moderate trek, and also one of the best beginner treks. Located in the Indian Himalayas, this hike starts in Manali and climbs from lush, green valleys to an overhang high in the mountains, allowing for a beautiful view that travels for miles. Each day offers about 5 hours of hiking, and each campsite offers fantastic views of the region. And don’t worry about hiking back. With most groups, you’ll be picked up Chhatru and driven back to Manali.

If you have 6-8 days…Kedar Kantha Trek

For those who have longer to spend, the Kedar Kantha Trek is a great beginner level 7 day trek, also in the Indian Himalayas. This trek is best taken in the winter, where the beautiful snow coverage offers some of the best views you will find in the area. You’ll travel through meadows, dense pine forests, streams, and maple forests. The overall hike is around 20km and sits at around 12,000 ft of elevation, making this a very achievable hike.