Metro Medellin: The System That Changed the Face of The City

Having lived in several cities where people rely on metros, subways, and Underground tubes (whatever it’s called in each area) for work, going out, and life – it came as a big surprise for me to learn that in Medellin there is an actual Metro Culture.

I wanted to get on board with that. Since I had super limited time in Medellin, I decided to discover this part of the city via private tour to really learn about Medellin Metro Culture and more. 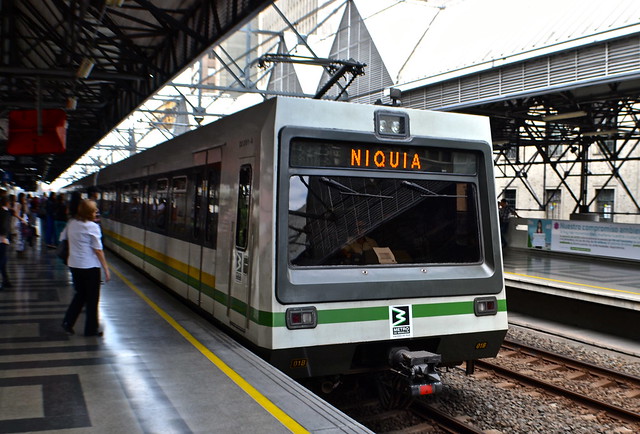 I found Travel-Medellin tour company after searching for unique city tours of Medellin. They offer private tours of the city (which I did as well – that’s Part 2) and they also specialize in really diving deep into the Metro-Culture of the city.  So being private we were able to customize it to what I wanted to see.

Arthur and Eliana (husband and wife team) picked me up at my hotel and the fun began! I have to say, they really made it that much more fun for me. We simply connected, and since it is a private tour, I find that connection makes all the difference.  They are energetic, so excited about this city, and life and I love being around people who are just as into the place that I’m visiting as I am (even if they live here).

The crucial reason the metro is such an intricate part of Medellin’s society is it has brought hope to the poorer communities of the city.

Medellin has grown exponentially in the past two decades. As a matter of fact, it has grown so much so fast that it is now growing outwardly. And since Medellin is in a valley surrounded by steep hills the comunas (the poor neighborhoods) are moving further and further up these hills making it almost impossible for them to connect with the city where the jobs are. So Medellin government built a metro cable Medellin making it accessible for people living in these areas to get around easily.

What is the metro cable system in medellin colombia?

The Metrocable was designed to complement the Medellín Metro and provide transportation for people living in informal settlements. It uses a gondola lift system that takes a car all the way up to the top of the steep hills and comunas. 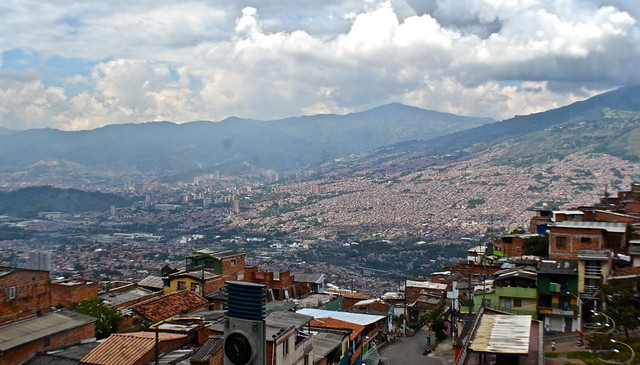 What truly fascinated me was, yes I’ll say it – we are in a developing nation where gangs exist and rebellious youth wants to show who is boss – the metro and cable cars and stations are spotless. Through the microphone system, every three-four minutes announcements are made about how to be respectful of one another, keeping the metro clean, showing your love for the metro, and so on and so forth. And it shows!

Medellin, as far as I have seen, is a city of pride, and it spills over to everything the Paisas do. Makes you feel proud of being here and using the system as well. 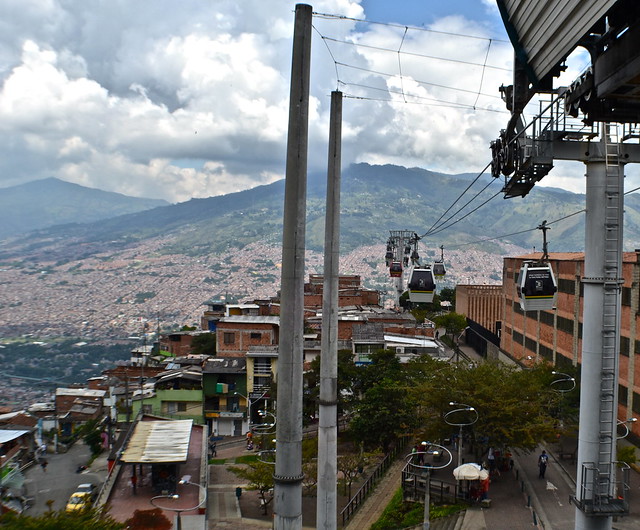 Check out the next part of the trip – our visit to a comuna via the metro cable car and see what else the Medellin government has done to truly help the city and its people.