Chivas Medellin: Getting Around Medellin and the Surrounding Areas

One of the most fun things to do when traveling in different countries is to take a ride either on their public transportation system or unique taxi like cars to take you on shorter distances. 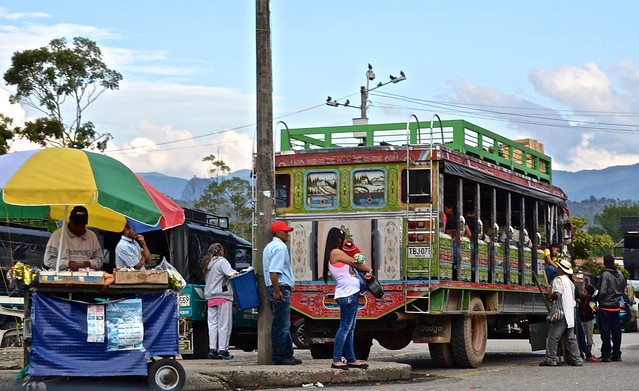 Of course I did the metro in Medellin, but that’s not the only way to get around.

The main buses that are more for taking people from the big city to the smaller villages surrounding Medellin are called Chivas. When I first saw one, it reminded me of the chicken buses of Central America. However, when I said that to the Colombians, who have never been to Central America, they never even heard of that term. 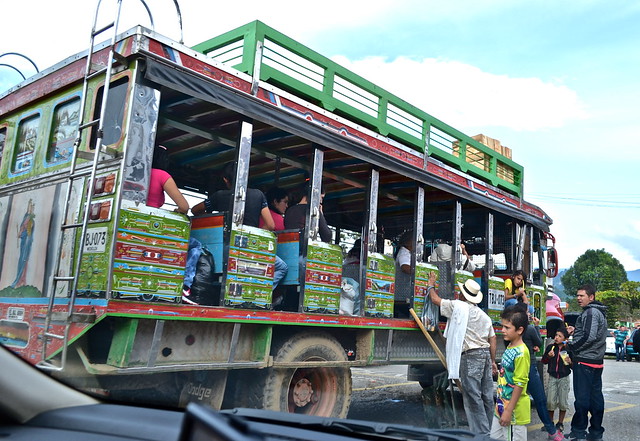 Ironically enough, the word chiva means ‘cool’ in Guatemala. And the Colombian Chiva is exactly that – as they are beautifully decorated, with intricate artwork.

In Guatape area they use Moto Chivas. What this is are basically tuk tuks decorated the same way as a Chiva bus, but in miniature form. It was the only way I liked getting around. And this is the best way to get to Medellin. 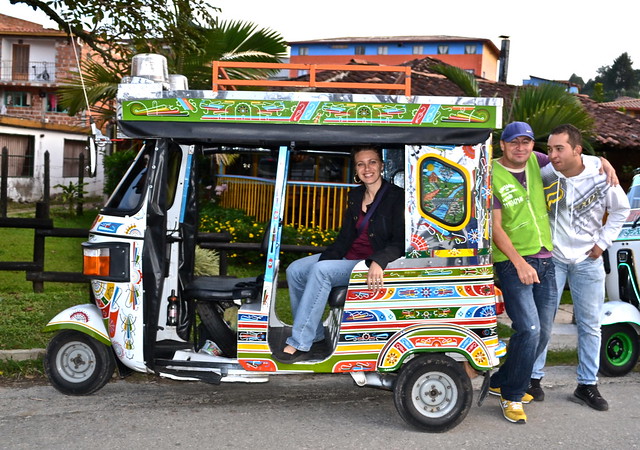 And the most fun, and crazy, are ancient renault taxis that are more or less gutted out, and probably with the same motor and brake system from the original year. As often as I thought it would either not stop due to horrible breaks, or breakdown, it was one of the funner rides by far. 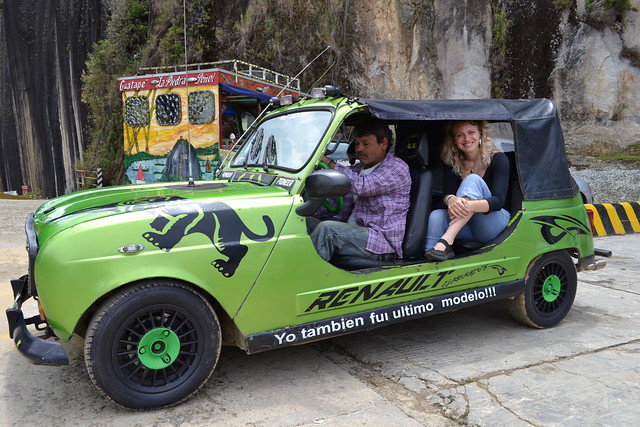