Things To Do in Medellin, Colombia

Now that we know all about the metro system and culture of Medellin, Arthur and Eliana – my private guides from Medellin-Travel Tour Operator, took me to see the actual progress of the higher communities, the poor areas known as comunas (who were most benefited by the metro cable). The Cable car goes in two directions we took the one all the way to Santo Domingo Comuna. 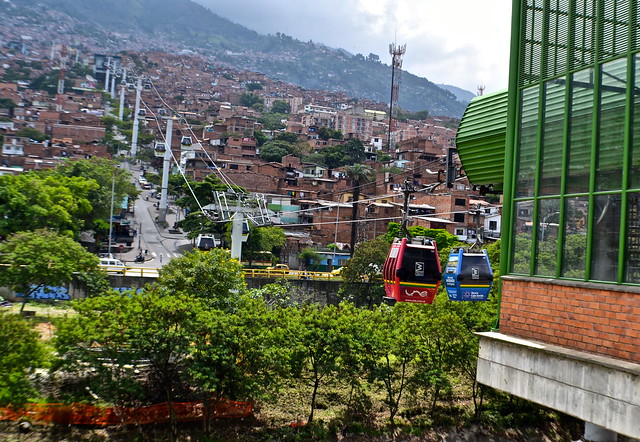 Things To Do in Medellin, Colombia

I’ll be honest with you, even though this area is considered a comuna, which has a negative connotation, you simply don’t feel unsafe or that you are visiting a bad area. Maybe years ago when there was no metro cable that was definitely the issue. And of course during the 1990’s, but all of Medellin and Colombia in general was dangerous back then no matter the area. But those days are long gone. And I’m sure there are significant problems here as with all poorer areas, but I found this part of our tour most interesting.

Santo Domingo to me was a quaint town on a hill. 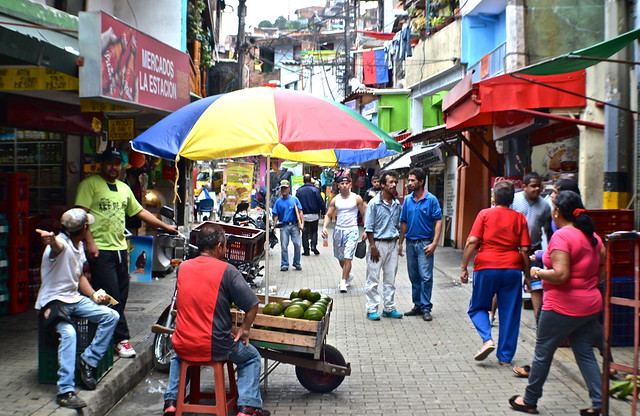 Kids playing on the streets. 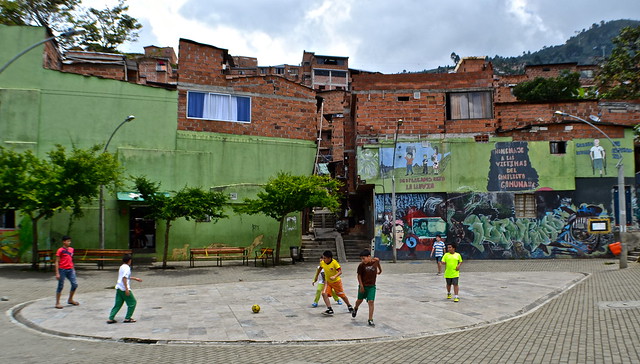 Art work everywhere you look – and not the graffiti, gang like stuff you see in bad areas, but artistic murals. 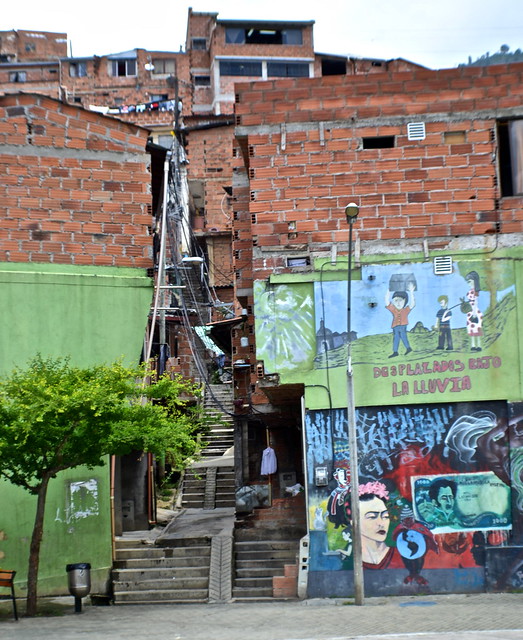 One of the biggest advancements in these areas was what the Medellin Government has built throughout the comunas. Public library parks which give the communities access to free books, cultural programs, sports programs and many others all for free. Inspiring youth and elders to focus on art, recreation, community. 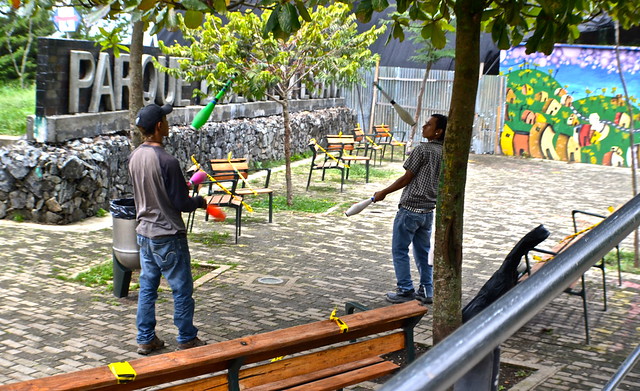 The goal behind these projects, which have been worked on by some of the best architects in the world, is to get the kids off the streets and turn them to art, culture, books instead of drugs and violence. This is one of the most beautiful ones, Biblioteca Espana. Unfortunately during my visit it was covered (you can still go inside) but you can’t see the structures so much. 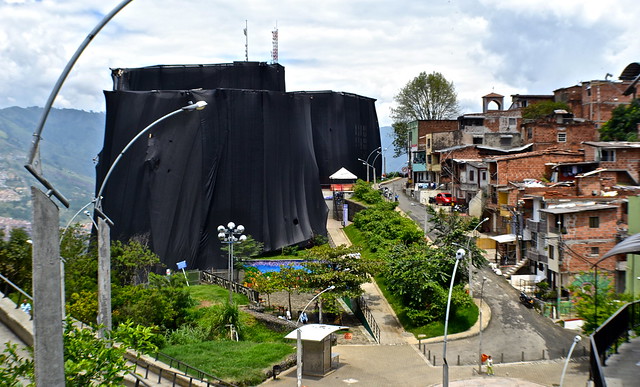 In the words of the Mayor of Medellin: “The library parks are cultural centers for social development that encourage citizen encounters, educational and recreational activities, building groups, the approach to the new challenges in digital culture. And they are also spaces for cultural services that allow cultural creation and strengthening of existing neighborhood organizations.”

Unique Things To Do In Medellin and To See

Did you know that Medellin is called the ‘City of Eternal Spring’? What that means is that the weather here is practically perfect year round. Due to the weather, Medellin is one of the largest exporters of all sorts of beautiful flowers all over the world. As a matter of fact, it comes in second after Holland. 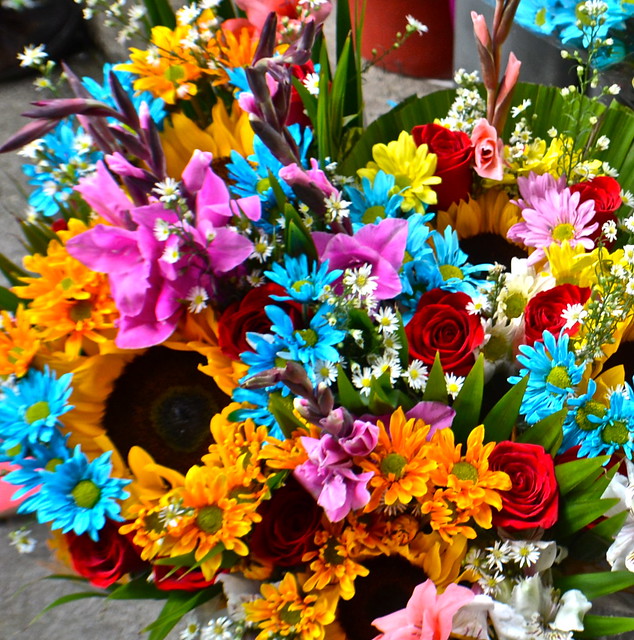 Fun Fact About Medellin– 59% of US’s flowers are imported from Colombia.

Flowers are found everywhere you go here. I wasn’t able to make it for the best time of the year to visit – August – when the flower festival is in full bloom, but I did get a glimpse peek at some of the beauty.

Another interesting, and surprising fact, Medellin is the hub for fashion. Nowadays, it is known for its modern designs and fashion. However, the textile industry has been here for over a century. This building, Coltejer Building, is considered a true landmark. Tejer means to weave, and if you look closely, the building looks exactly like a needle. It is also the tallest building in Medellin. 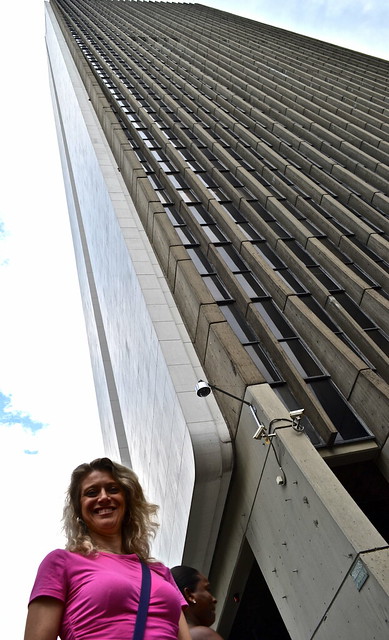 Coffee is another huge industry of Colombia and most of the coffee plantations are actually located around Medellin. I didn’t have a chance to visit any of them, but I loved to see the coffee sellers everywhere. You can get a delicious cup of coffee for less than 50 cents. 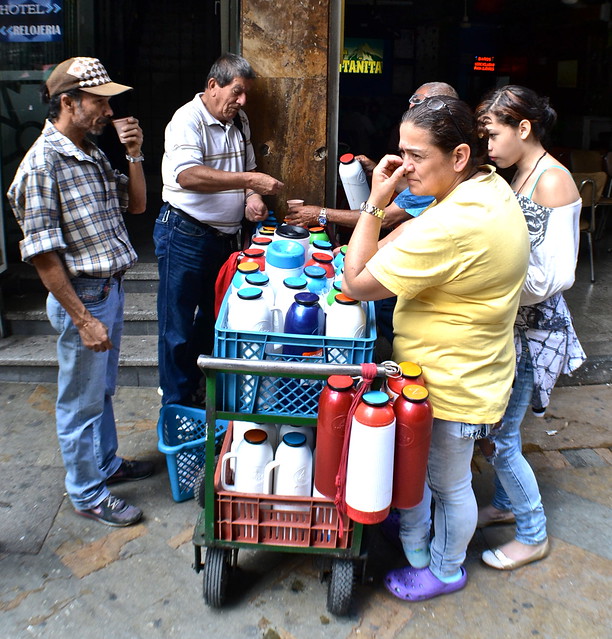 Here’s a dying profession. In many parts of the center there are old men sitting with typewriters if you need a document typed out. I didn’t even know these typewriters still exist, but they do. 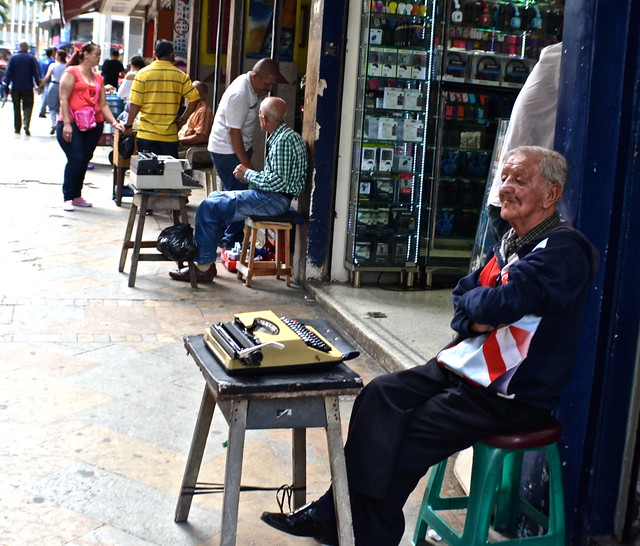 Live music! I love seeing live music and here there is plenty. In all the main centers and plazas (and there are a bunch of them) you will find some sort of street performers.  This was in Parque Berrio, considered to be the oldest park of Medellin and apparently the one with the most amount of live shows. 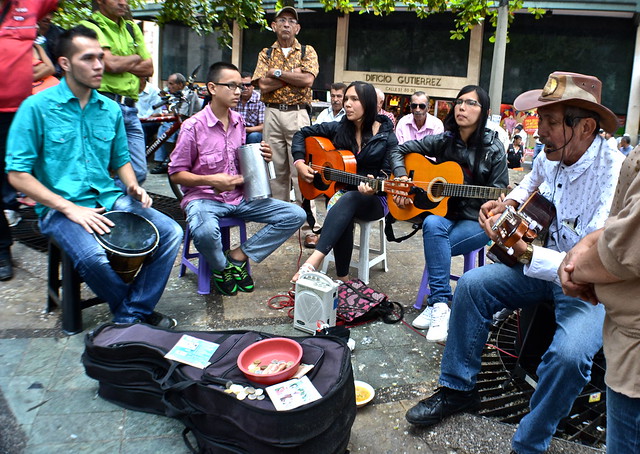 The best part of doing a private tour is that I get to choose what interests me most. The fact that I was with locals showing me around and telling me all the interesting info about everything and everywhere we went was so good. I mean, who wants to simply just see a place. I can do that on youtube or TV without sound. I want to know the cool stuff that surrounds it. And that can only happen in two ways: One, by living there or spending a lot of time. Two, by traveling with a private guide.

That’s how we came upon El Hueco – the black market of Medellin. I’m the one that asked over and over again about the outdoor markets and this was the motherlode of them. El Hueco is not your typical handicraft market. On the contrary. Side note, in Guatemala we have this one HUGE market where we say that if your phone, ipad, computer, etc… gets stolen that you have a high probability of finding it and buying it back at this market. El Hueco is the same. And it is right in the center of Medellin’s downtown. 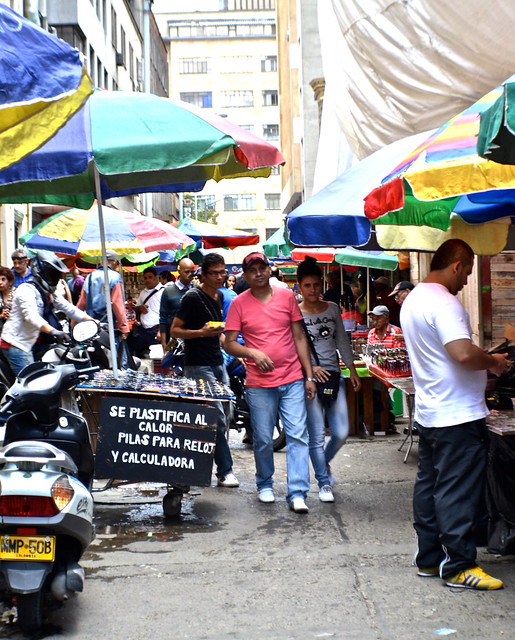 Confession time – I’m not a fan of churches. To me, they represent repression, slavery, death. I know, pretty gruesome, but most of the time when you visit countries where religion was forced on the people, that’s what goes along with its history.

However, Medellin has several interesting churches that are impressive and I decided to visit one of them. It is actually one of the most famous ones in the world due to its architecture.

Metropolitana Catherdal is located in Bolivar Square and is known to have the most bricks of any church in the world – 1,120,000. 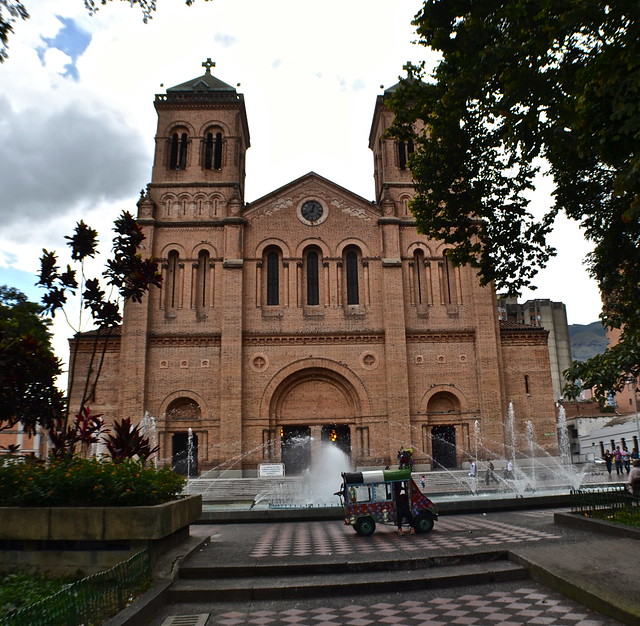 Information About Metropolitana Cathedral of Medellin

What I loved about this operator is the personal touch. This is run by Arthur and Eliana, not a big style company. They keep it really personal and customized.

I focused mainly on Medellin due to my time restraints, but Travel-Medellin.com has tons of great tours that are day trips outside of the city for either a day trip or multi-day tours.

I had so much fun traveling with them and am now addicted to working with private guides!

One thought on “Things To Do in Medellin, Colombia”