Comuna 13 Medellin Tour: Taking a Speciality Tour, A Must Do

What are Comunas? Comunas can be compared to the Favelas of Brazil. They are the ghettos, projects and forgotten areas of cities. Every city has them. But it is how the city manages to deal with them is what makes all the difference. 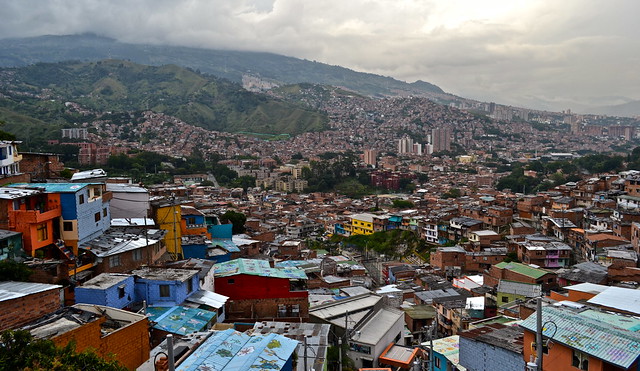 I am in no position to say what Medellin is doing to the full extent to help these comunas, except from what I see. But living in Guatemala I can say that I have visited some of these shantytowns in Guatemala (very similar layout) to know how Guatemala is treating their poor areas. And there is a reason why Medellin has won the most innovative city in the world award for 2012. Their efforts for making this city a better place are visible to everyone that comes through here.

In Guatemala I visited La Limonada strictly for donation purposes – not as a tourist. But after talking to Julio of Colombia Travel Operator, I was simply enthralled by the Comuna 13 Medellin Tour that they offered and knew not only that I have to take it, but that it needs to be shared with the world and for everyone who visits Medellin to experience the changes that are happening in these areas.

Comuna 13 Medellin Tour – A Story That Must Be Told

John, my guide, told me that before we head to Comuna 13 itself, famous for the escalator project, we are to meet with Kbala. Kbala is a local of Comuna 13 who has taken a different route. 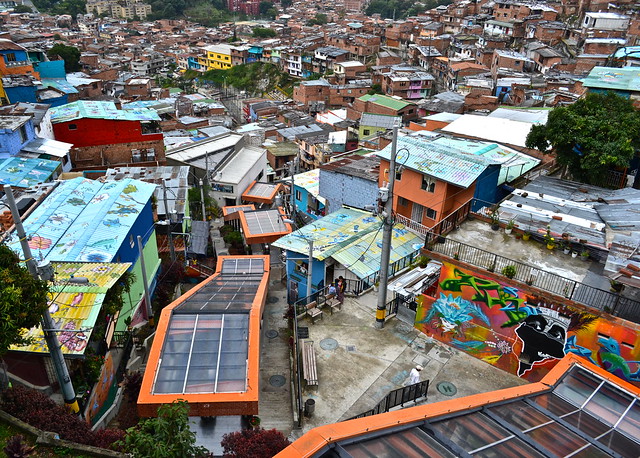 Kbala, with his talent and passion (he’s a hip hop performer and graffiti artist), opened a community center for kids of all ages to take free classes in rap, DJ, graffiti art, and hip hop. Casa Kolacho was born. The name is actually a memorial for a dear friend of his who died the warrior life of someone living in these comunas. 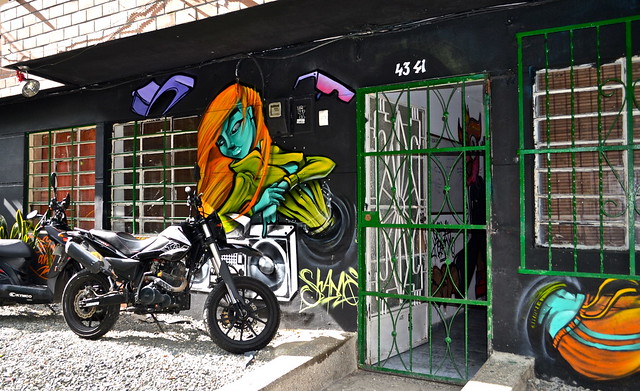 Kbala’s goal is to give these kids a chance to express themselves through art rather than violence and drugs. 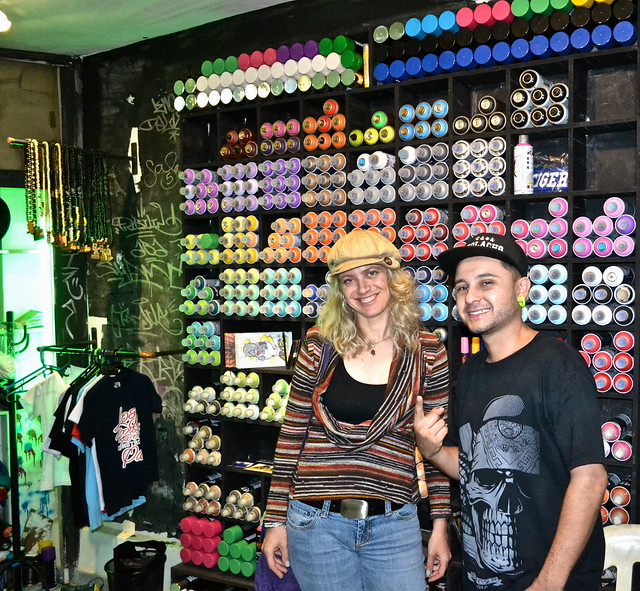 The only way to summarize meeting Kbala and visiting Casa Kolacho – MAGICAL.  This is truly one of the most special and genuine places I have ever visited. Plus, the talent that surrounds it is hard to describe. It is all done out of love and true belief that art will make all the difference. 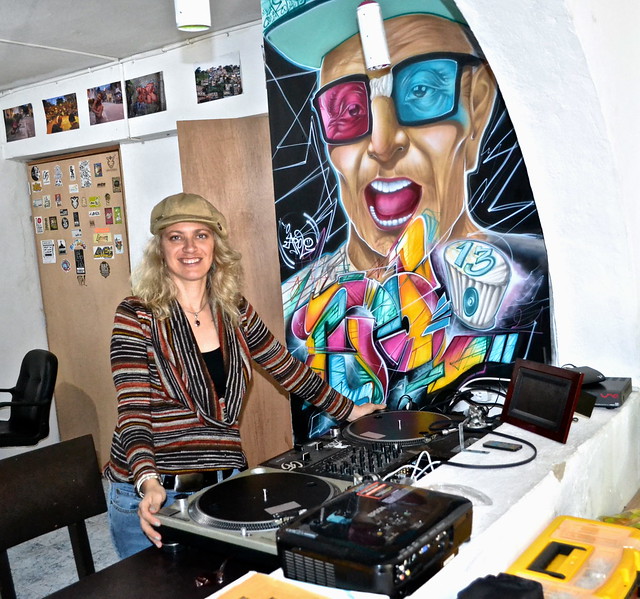 And it certainly looks that way.

Kbala was our official guide of Comuna 13. Me and John became the visitors. Since he lives there and is so highly respected we were welcomed as friends as well. 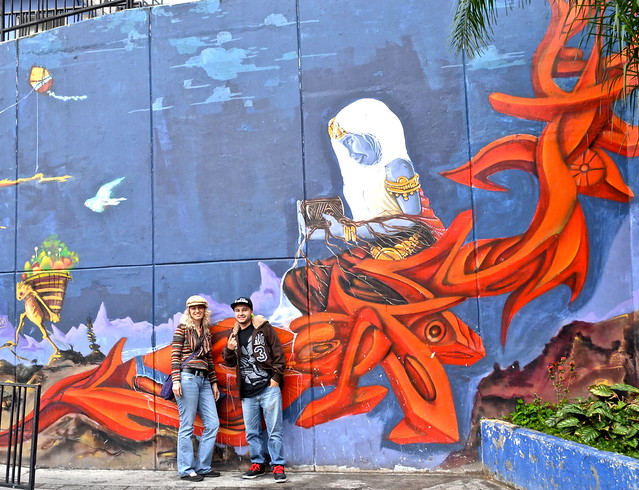 NOTE: I do not recommend simply going to Comuna 13 on your own. Not that it’s dangerous, but you will feel like an outsider. And it is better to go with someone who knows the place and can really give you the inside scoop.

Why Comuna 13 (San Javier) Is Special? 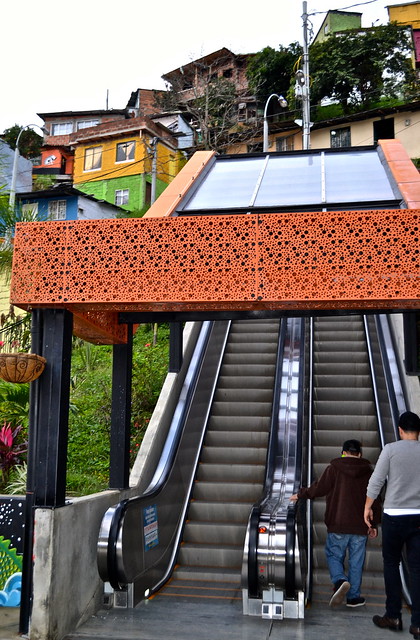 These are written facts that you can find on your own if you do a little digging. What you won’t read online is the colorfulness and care these people started to show once the escalator was built. 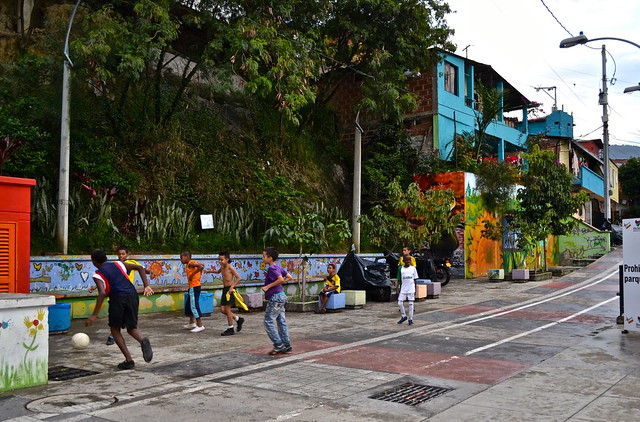 The houses right next to the stairs are all painted in joyful colors, and most have tons and tons of flowers hanging off their porches. 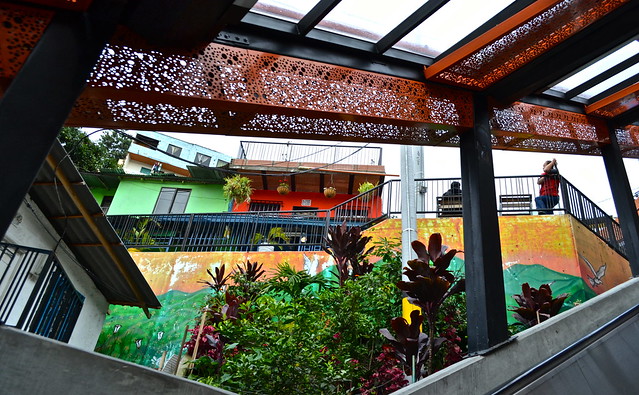 The streets are clean, and everywhere you look Casa Kolacho has had their hands on it. There are incredible murals everywhere with symbolism and positive messages. 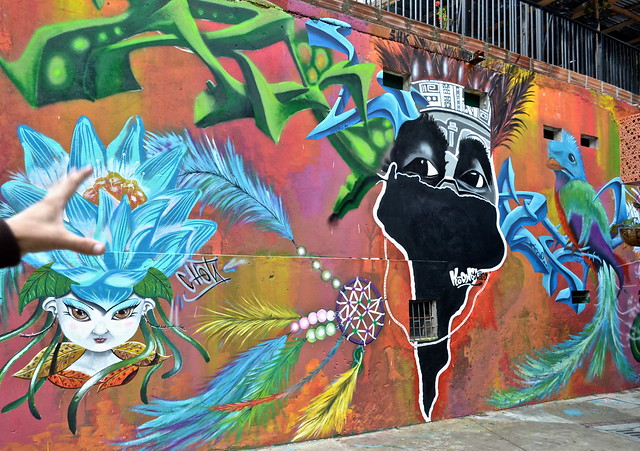 Over two years ago, Casa Kolacho started a project to paint the rooftops as well. 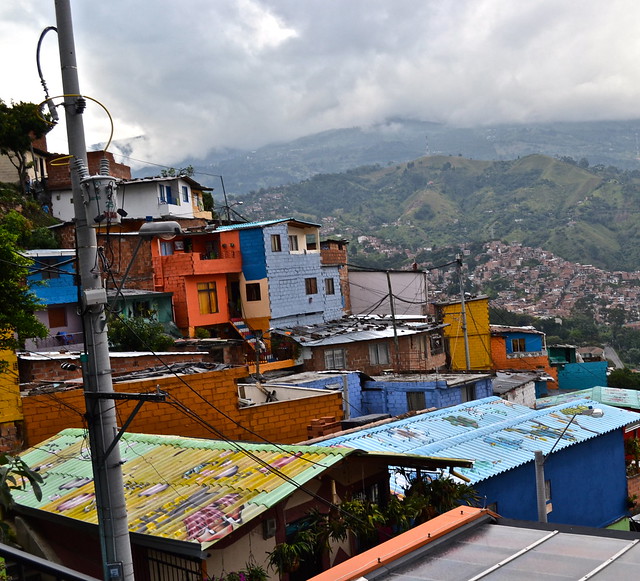 These are just a few of the things that are happening in this particular comuna after the inauguration of the electric staircase.

Not to mention all the free cultural activities offered to all the people living there. However, Medellin has incredible programs for all comunas. Read below exactly what is offered. 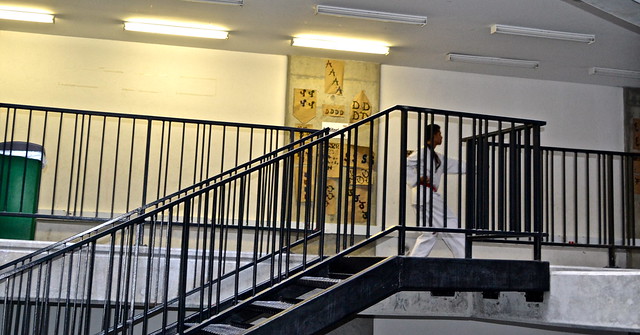 Quick Notes on Comunas of Medellin:

Library Parks – The Cultural Difference and the Real Change

My Take on This Comuna 13 Medellin Tour

I have done a lot of tours in my life. I have to say, this was one of the unique, life moving experiences of them all.

Comuna 13 is a place to visit by everyone. But in all honesty, it’s the alliance that Colombia Travel Operator has with Kbala and Casa Kolacho.

If it wasn’t for this partnership all I would have seen was a shantytown with painted houses and an electric stairway. And not walk away seeing another face of this part of town.

Thank you Julio for recommending I take this tour. It was the most memorable part of my entire trip.

One thought on “Comuna 13 Medellin Tour: Taking a Speciality Tour, A Must Do”