Stuck at the Airport: A Day in the Mexico City Airport

Stuck at Mexico City Airport: A Day on the Set of The Terminal Movie 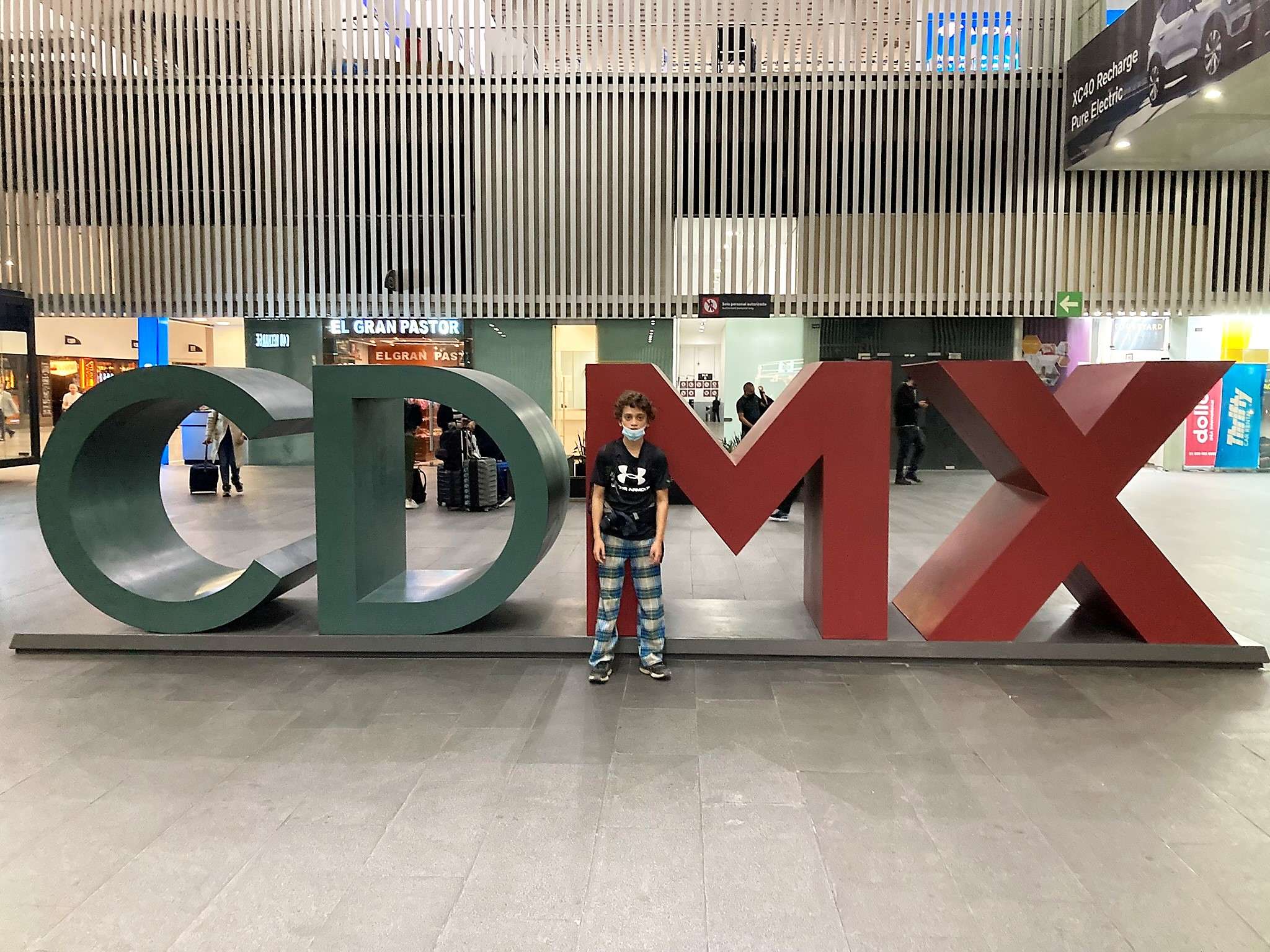 Have you guys seen the movie The Terminal? It’s the one with Tom Hanks when he literally becomes like no man’s land because his country goes into some war.  He can’t go anywhere, and he’s stuck in the airport terminal. So on our recent trip to Mexico, we ended up getting stuck at Mexico City Airport. That’s why today we’re going to be talking about getting stuck in the airport.

Stuck in The Airport

The reason why we were stuck in the airport is that our airline, I don’t want a bad mouthier airline because every airline does this and this could happen to anybody who overbooked their flights. I mean, literally, 80% of the people that were standing around us were overbooked on that flight. Regardless, we were given a night in the hotel, which was literally attached to the airport, but because I had a presentation the next day, I couldn’t fly out with my family, which was put on a flight the following day. I had to stay for two full days, which the airline totally paid for in the airport.

I literally saw scenes of the terminal. First, gratefully, the airport in Mexico City was quite large, so I was able to walk around. 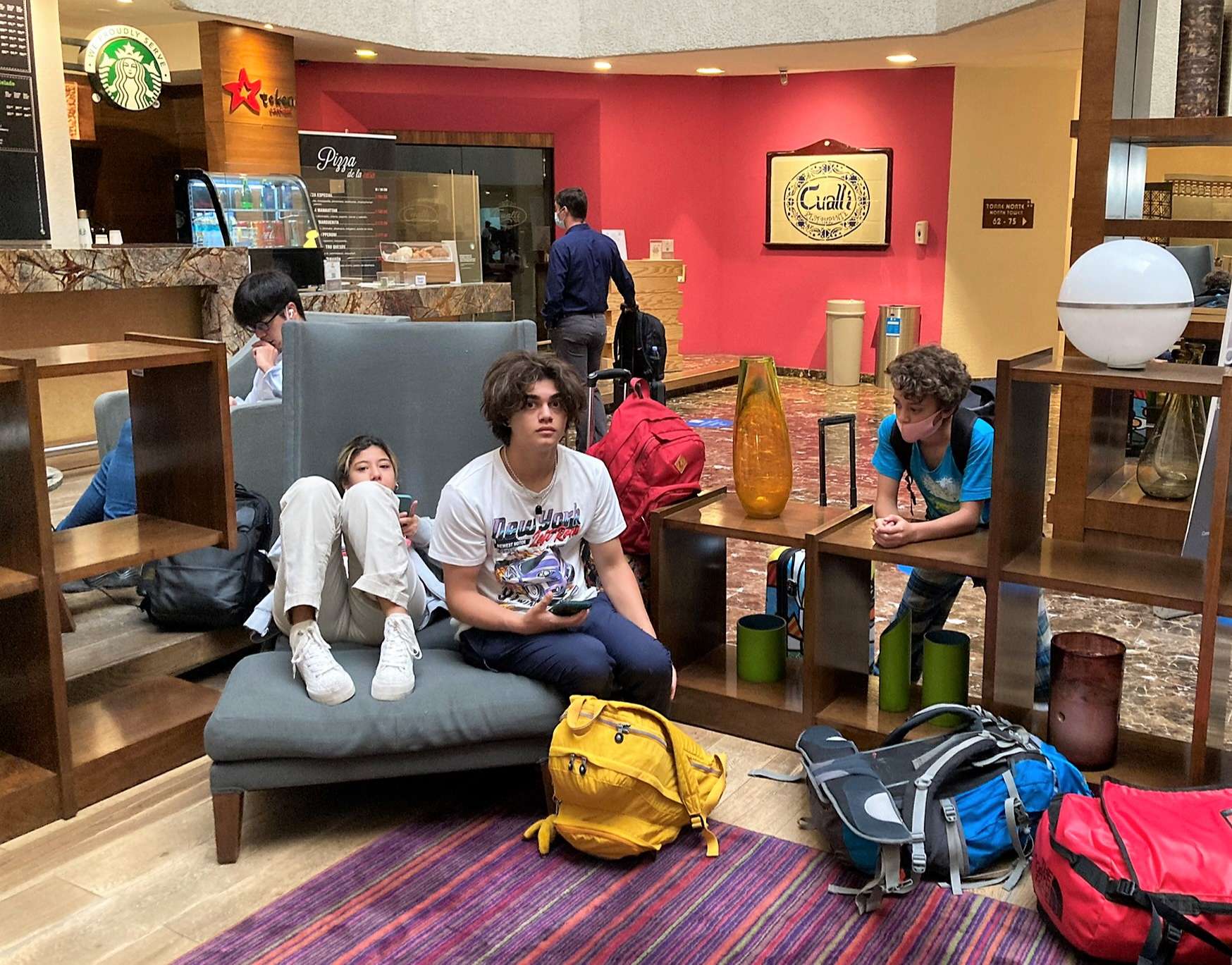 This is something that’s important because you have to speak up for yourself. The airline that we got overbooked with give you vouchers. First, they gave us hotel vouchers.

I don’t know if the airline owns that restaurant chain or if they have a deal with them. Irrelevant. Totally pointless but the thing was they gave us a voucher for 150 pesos per meal per person. When I entered that restaurant, there was nothing in there that was cheaper than 225 pesos.

Now I don’t know how many people are because there were like a good 30 other people that were also overbooked in the same boat as us who got the exact same deal who actually went to the airline, and they’re like no this is not going to work.

Well, I did I fought for us, and they gave us 250 pesos per person which were plenty to have a decent meal and even a drink, so you need to stand up and talk if you see that there is something that is not working because it was 100% the fault of the airline there is no reason that I should be spending extra money and on top of that I was spending extra money because my dogs were in daycare I had to spend money on that, so there were things that I was paying extra for.

So anyway it was just interesting to see that if you stand up for things you could avoid being taken advantage of. 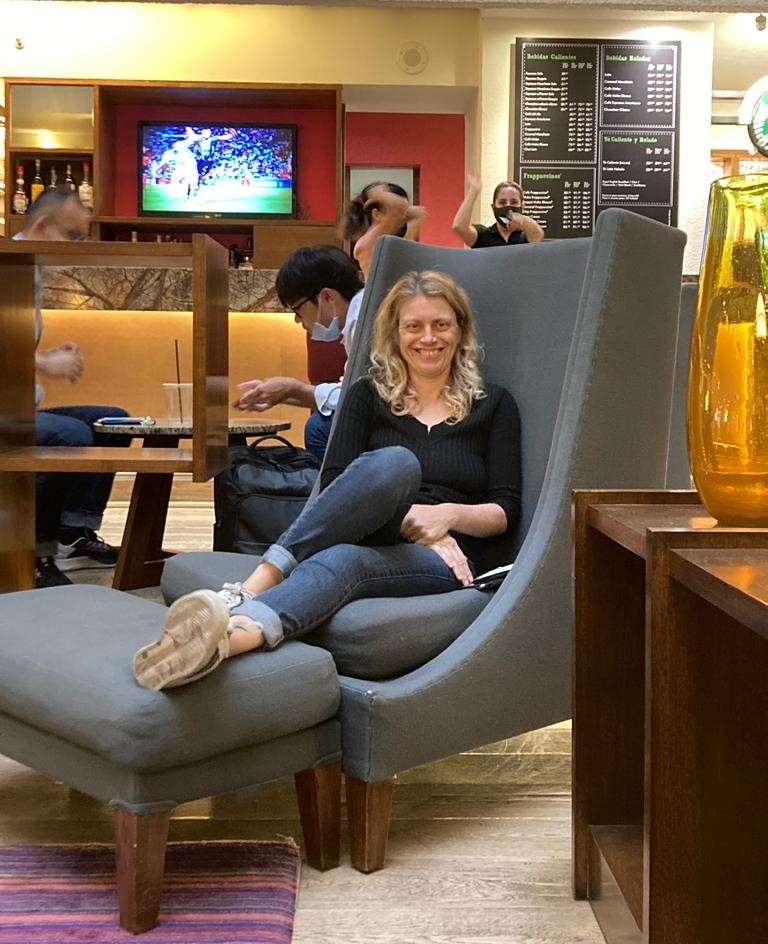 We were put into Camino Real, which is a nice hotel.

It wasn’t super luxurious, but I was able to enjoy downtime. At this point, I was already tired from traveling, so I kind of enjoyed just hanging out in the hotel and getting a bit of a glimpse of airport life.

Foremost, one thing that I spotted with Mexico City airport, really was an interesting and inspiring thing. They really catered to hiring disability workers. It was amazing.

I would say that almost 30%, and at this point, I could tell you the amount because I walked that airport for literally 50 hours all around because I had to deal with so many issues. So I had to go everywhere. I was able to see pretty much every department that hired a lot of people who were handicapped and in wheelchairs, and they were treated equally. It was really fantastic.

That’s something that totally is just an interesting thing because I haven’t seen that, to be honest. The only place that I’ve actually seen it was Disney World. 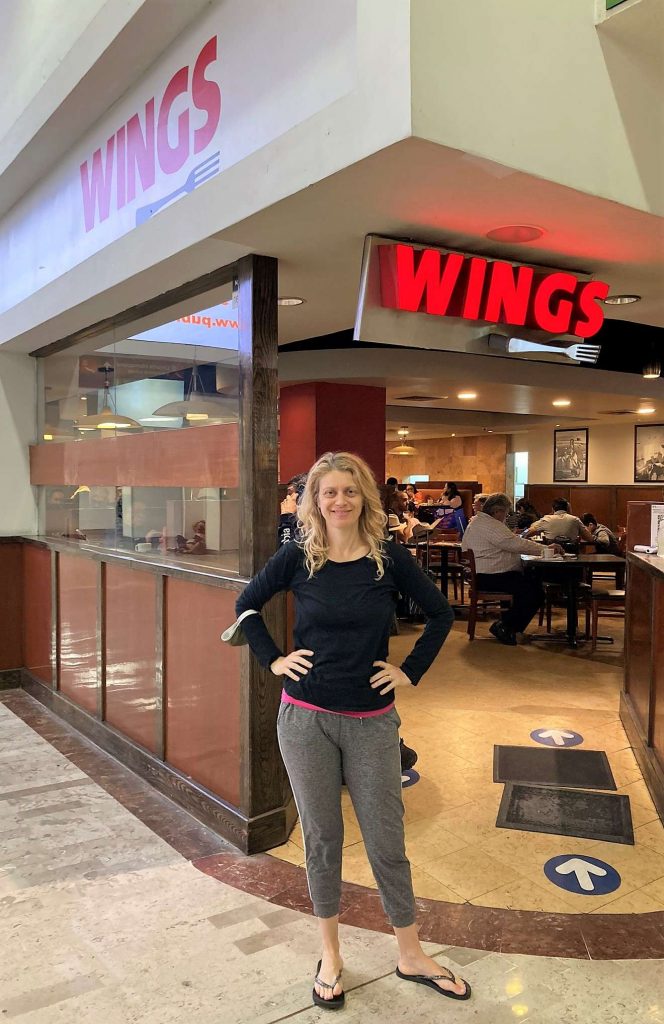 However, it was fascinating just to see any kind of live day in the life of the terminal airport. You start to really get the hang of it, and the exercises I was doing were inside the airport.

Pretty much everything revolves around the airport or the hotel.