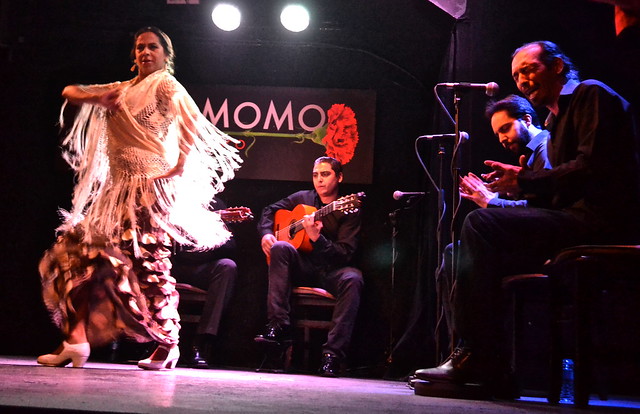 When I think of Flamenco, the first images that come to mind is small, darkish stage with either the woman and her castanets or a man and a woman embraced in a passionate, strong dance.

Amazingly enough, Cardamomo is exactly what my visions have shown me, but in the flesh and right in front of me.

I’ll admit,  the main reason I found Cardamomo because it’s been rated as one of the top places to see Flamenco via New York Times. Since I respect their advice, I decided this would be a great place for my family to see a show.

We decided on the earlier show on Sunday. But with dinner. The show started at six. And as with all things in Spain, punctuality being one of their stronger traits, the show started right on time.

We ate dinner while watching the show.

Cardamomo offers quite a large selection of eats, however, my strong suggestion would be get the traditional show menu.

The dishes are all incredibly delicious but also the typical Spanish food that you only get tastes of back home.

It was so good. That every time my kids decided not to eat something I was grateful I can get another bite.

Here are some of the yummy things we had at Cardamomo Madrid:

Gazpacho – this was one of the best, most freshest Gazpacho soups I’ve tasted. And I love this soup, so I can say I’ve eaten it plenty. 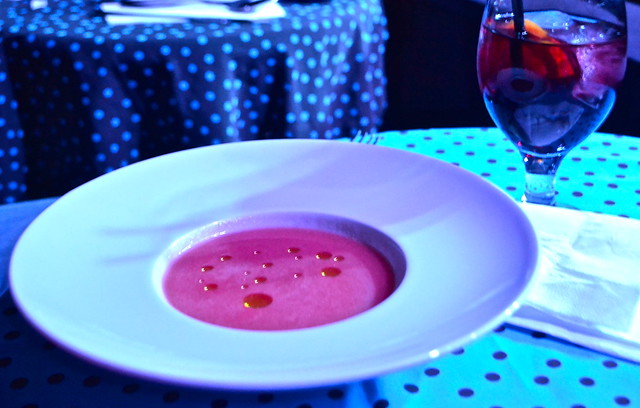 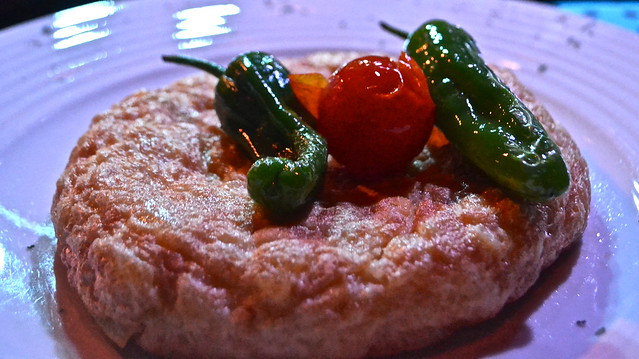 Meatballs with mashed potatoes – one of our absolute favorites by far

The show starts exactly when it is said. If you are here only to see the show, I would recommend arriving a few minutes earlier so you can get comfy and order a drink. 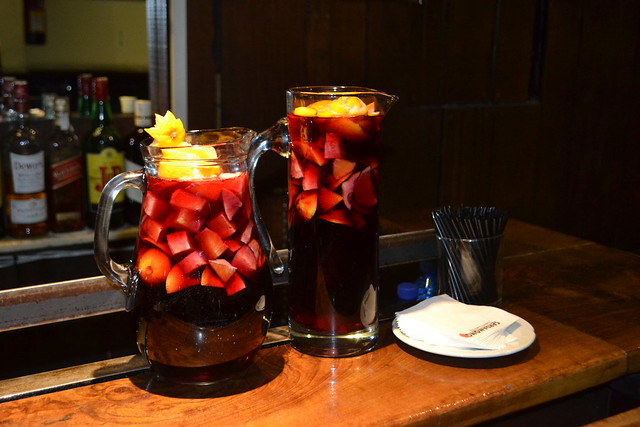 However, if you are coming for dinner, definitely get there at least thirty minutes before the show time. This way you can enjoy the meal first, then when the show starts give it the full attention it deserves.

Reservations – this is a relatively smaller venue, which was fully booked up when we arrived on a Sunday. We made a reservation and were sitting right next to the stage. This makes a huge difference.

Feeling the pounding of the dancers and musicians and literally being as close to the energy as possible, I recommend reserving front row.

The venue was made up of six people: two singers, two musicians and two dancers. 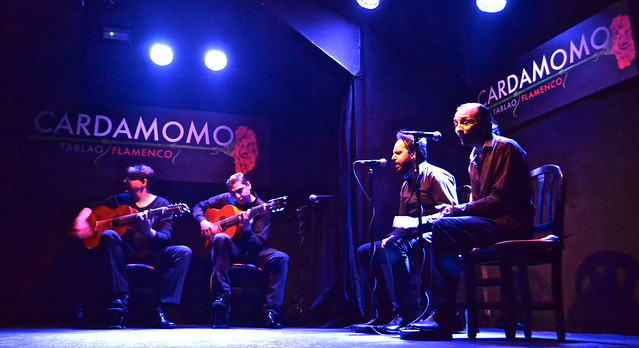 What impressed us the most was that the guitarist, in particular, played off of the dancers. Instead of being the lead in what happens, the dancers and their energy was reflected in what he played. It was brilliant to watch.

The dancers gave us a great show, with castanets (not all Flamenco shows have this) and also the couple dance (also, not all shows have this). And the bond, connection with the dancers in a Flamenco production really is powerful. 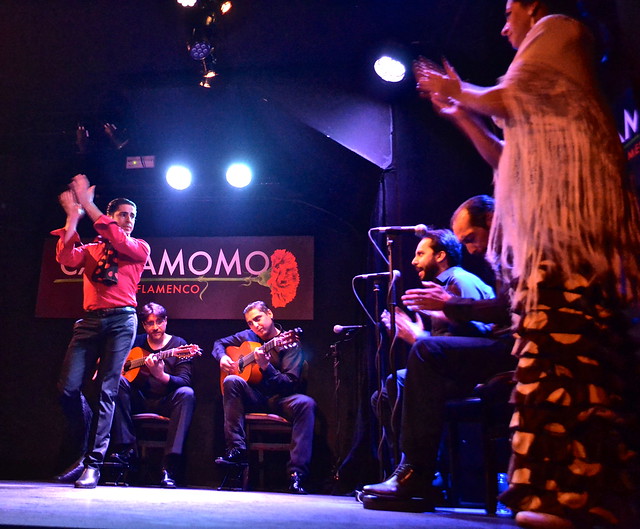 The place has three shows per night and every show has different performers. So you truly don’t know what you will see.