School Holiday Travel: How to Handle These Peak Periods

It means that there is a huge rush to book holidays during these school breaks and unfortunately, this results in massive crowds, and massive prices.

This is something that has been covered time and time again in the press and in truth, it’s very unlikely to change. However, you can at least change your approach to booking your getaways during these periods and this is going to form the basis of today’s post.

It’s worth mentioning that you are never going to travel for cut-price fees during these times, but with a few changes to your approach you can make a positive difference to both your wallet and enjoyment levels. 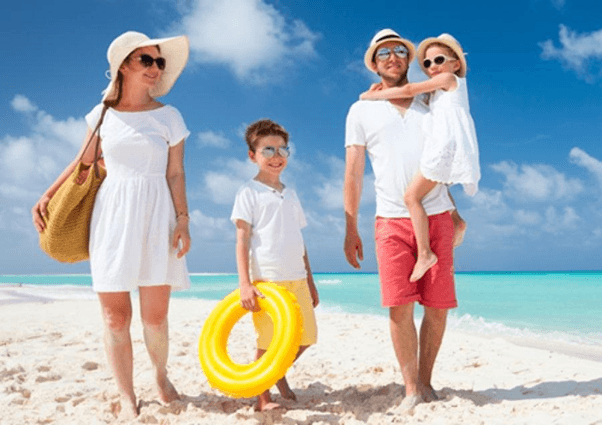 Book as early as possible – with everything

Whether you are booking a hotel in Coventry, or one of the top-rated attractions on Trip Advisor, try and get as organized as possible.

Not only do prices tend to rise very quickly during these in-demand periods, but so do queues. The latter is mainly apparent with attractions and if you don’t book, you’ll quickly find that these things sell out very quickly indeed.

Generally speaking, you’ll need to book months in advance for hotels, while you can cut this down to a few weeks in the case of most attractions.

It would be fair to say that price is the biggest complaint during school holiday getaway season and this is where you need to be as shrewd as possible with your travel arrangements. This next tip focuses on the airports that you will be traveling to and from as some will offer better deals than others.

For example, when this is compared to one of the half-term periods, such as May or October, the price difference will be considerable. Take a look at half term holiday breaks in the north east to see what’s on offer at these times.

By the same token, don’t be persuaded by booking the so-called standard 7-day or 14-day packages. Granted, it might feel better to jet away for a full week or two, but this is likely to result in increased prices. Instead, test dates for an odd number of days. It might be for a 6-day trip, or it might be for a 16-day one. Regardless, by doing this approach you typically avoid the package deals and can sometimes unearth some promising bargains.

The same date rules apply with other countries

We’ve just touched upon Scotland but in truth, the same rules apply with countless other nations in the world and you can use this to your advantage.

For example, let’s hone in on the US and specifically, Disney World. Granted, this is a hotspot that receives tourists from all over the globe, but that doesn’t mean to say that the locals ignore it. On the contrary, they flock there, and this again creates the infamous supply and demand curve chart which can drive prices up for other holidaymakers.

Fortunately, US holiday dates aren’t the same as other nations. They vary by state, but as a rule of thumb schools tend to go back in early August. This can be one month earlier than other countries, meaning that the prices actually start to tumble during this period.

Of course, you’ll still probably have inflated flights to contend with, but in terms of the accommodation there can be some rest bite in opting for this approach.

Summer is the absolute peak time to travel

As you’ve probably already realized by now, some periods of the year are more premium than others. In other words, not all school holidays are equal and if we were to focus on the longer summer break, it would be fair to say that this is significantly more expensive than other times of the year.

For example, when this is compared to one of the half term periods, such as October, the price difference will be considerable.

There are obvious caveats with this approach, namely the weather and the duration of your stay. Depending on where you are in the world, half terms can be one week, or two weeks long as a maximum. It means that you need to tailor your getaway around such restricted dates. Then, when it comes to the weather it should go without saying that October is far riskier than the summer months and you may have to cross off some countries which just won’t be suitable during this period.

…But if you do, be shrewd with your date choices

If you are insistent on a summer getaway, there are also methods to make this cheaper. Again, date selection is key, and research has consistently shown that the last couple of weeks of the summer holidays happen to be much cheaper than the rest. In other words, if you can travel at the back end of August, and perhaps in early September, you’ll notice a monumental difference to the cost of your getaway.

The reasons for this are not quite clear, although some people believe that it’s because people want to be back on home soil long before the new school term starts. Or, in some cases, they just want to jet off in the early portion of summer when the warmer weather is more guaranteed, and they can recharge their batteries a lot faster.

Be prepared for compromises

Finally, this is the season where compromises have to be made. Like it or not, unless you are willing to pay top dollar, you are unlikely to get your preferred hotel, on your preferred dates. If you can approach this situation knowing that you won’t get all from your wish list, it will make the booking process a lot less painful.