If you feel like you have been spending too much time in Central America and is time for you to start looking for a new place to explore. A cool place you can visit if you want some relaxation and a completely different culture is the small coastal city called Paphos, in Cyprus.

Cyprus is the third largest island in the Mediterranean Sea, it is in Africa but is also one of the countries that are part of the European Union. The place has a great weather almost all year. It is known for its wine, ruins and beautiful coast line. Paphos is one of the best places in the country for travelers. 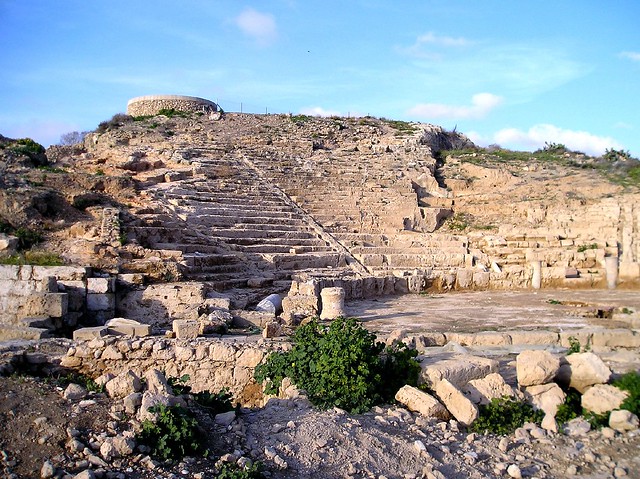 The city is known for being close to the birth place of aphorodite (or lady of Cyprus) and is divided into two parts: Old and new Paphos. For a taste of this modern city with a greek and roman influence go to new Paphos. It is a place where you can find great places to eat and great hotels like St George hotel in Paphos.

Here are 5 places to visit in Paphos:

1. The Odeon – A traditional greek amphiteatre.
2. The Tombs of the Kings – There are no kings burried here but it has many of the large and beautiful tombs of the rich from centuries ago.
3. Petra tou Romiou – The birthplace of Aphrodite.
4. Paphos Castle – It was built to protect the harbor by the Byzantines.
5. Catacombs – These are from the Christian period with frescoes from the 12th century.

But before you visit all of these places, take some time to walk and explore around the two sides of the city. Enjoy the beautiful views and the Mediterranean architecture.

I hope these are enough reasons to consider Paphos for your next vacation!