Foreign Nationals Making Their Way Home to Their Countries of Origin

By the end of 2018, there were an estimated 67.2 million forced-migrants around the world. Out of these, 25.9 million were refugees displaced from their countries while 41.3 million were internally displaced, within their countries for various reasons. Overall, there are an estimated 272 million international migrants, which works up to 3.5% of the world’s population. India takes the highest spot on this list since the highest number of migrants are from India, with an additional majority of those number heading to the United States of America.Foreign nationals with origins to India who are considering making multiple trips to the country, can either apply for a visa. 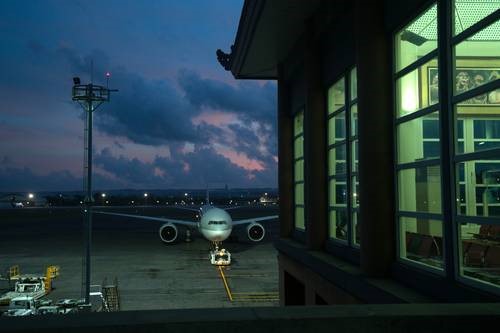 Since travel, transportation, and the promise of a  better  life  are  all  within  reach,  the  world  is seeing a large number of people taking the risk  and  leaving  their  country  for  better  prospects. These migrants did, in turn, visit their country of origin or send a chunk of their income  home. However, since many of them do not have the chance of taking their family along with them, they  leave them back home and  visit  as  often  as  possible.  Additionally,  they  might  have  to  change their passports after living abroad for a long time, which sometimes makes traveling home quite challenging. With most people relying on their Government to provide solutions, this is what the Governments in South East Asia came up with.

What is the process of traveling back to India with a foreign passport?

Foreign nationals with origins to India who are considering making multiple trips to the country, can either apply for a visa whenever they are planning on coming to the country. Otherwise, they can always appeal for an Overseas Citizen of India card that they have to carry with their   passport. The Government provides OCI cards to people around the world through the Indian Missions, or they can apply for them through the websites.

India has a 17.5 million-strong diaspora, according to new estimates released by the United Nations, pushing for some type of dual citizenship arrangement so they could travel back and forth between countries without a lot of trouble.

OCI cards allow people to travel between the two countries as many times as they want, without having to apply for a visa. Additionally, they can stay in India for as long as they want, while receiving a bunch of other benefits. However, there are significant differences between Indian citizens and foreign nationals holding OCI cards, like their ability to vote or purchase agricultural land.

What is the process of traveling back to Pakistan with a foreign passport?

Pakistan also uses a card called the NICOP card. The National Identity Card for Overseas   Pakistanis is a Computerized National Identity Card issued to workers, emigrants, citizens, or Pakistanis holding foreign passports. The Overseas Pakistanis Foundation, the Ministry of Labour and Manpower, and the Ministry of Interior, together came up with NADRA in 2002. All NICOP holders are registered into the NADRA database to provide authenticity of the individual and visa-free entry into Pakistan.

According to a report in 2017, there were almost 3.4 million immigrants in Pakistan, 45.1 per cent of whom were from Afghanistan. Pakistanis around the world send over US$13 billion back home annually, which is one of the reasons the Government made arrangements for them to come   back home.

What is the process of traveling back to Bangladesh with a foreign passport?

An estimated 10 million Bangladeshis currently work abroad, with a majority of them as

low-skilled labourers in the Arabian Gulf and other countries. Bangladeshi migrants work as gardeners, construction workers, janitors and maids, on average earning about $400 a month, far more than they would make doing the same jobs in their home country. In 2018, these migrants sent home $15 billion in remittances making it the second-largest source of foreign earnings after the massive textile industry in Bangladesh.

To assist these people, the Bangladeshi Government created a process called the No Visa Required Seal. People with foreign passports can apply for an NVR Seal on their passports which does not have validity and lasts as long as the passport. It additionally can be used by the

applicants to enter and leave Bangladesh without having to go through a visa process. People can stay in the country for as long as they want as well. The many Bangladeshi Missions around the world helped people get through the visa application process.