Flying with Firearms: Your Rights and the Law

Your right to bear arms is part of your basic right as a full-blooded American. Having your iron by your side for either protection or hunting is crucial. If you’re flying around the country, chances are you would want to bring it with you.Flying with firearms is only allowed within certain regulations. Know your rights and the laws surrounding this controversial topic.

Owning a gun is one thing. Traveling around with it is another. Special rules and regulations are in place to ensure everyone’s safety. 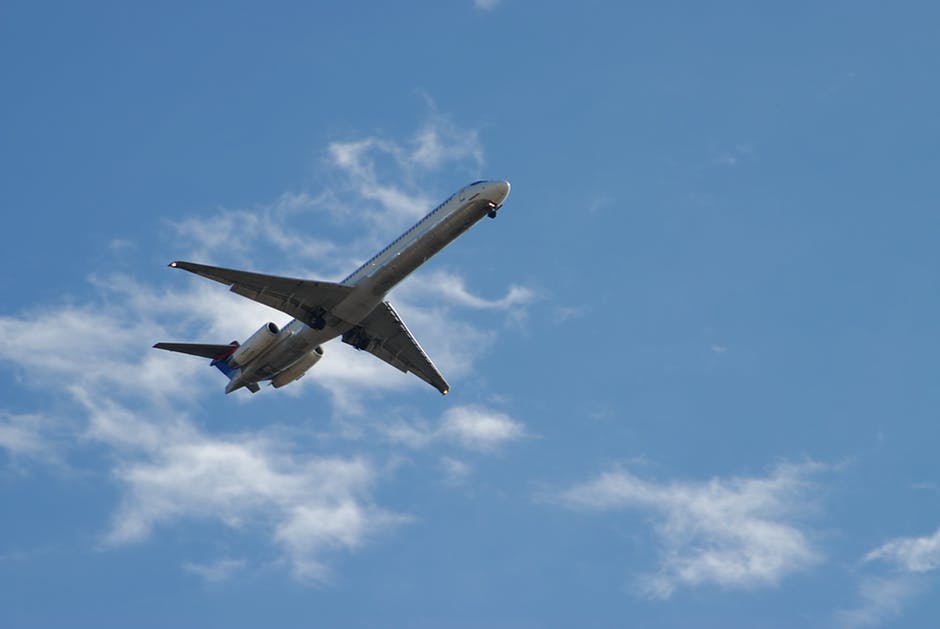 Flying with firearms entails several key responsibilities for you. If you want to learn how to fly with a gun, you need the right knowledge.

We’ll give you everything you need to know when flying with a firearm. With the right information, you should be able to go through the entire process of transporting firearms without a fuss.

Sounds good? Then here’s what you need to know:

1. How to Fly with a Gun: An Overview

When it comes to flying, the Transportation Security Administration or the TSA is the authority. As an office in the Department of Homeland Security, you abide by their rules. Their information on flying with a firearm is the one you should follow.

Also adding to the rules that TSA provides, consider the state laws in your destination. There are also the individual rules that are available from every airline. Many airlines allow flying with a gun, while others ban it altogether.

If you plan on transporting firearms, see to it that you follow prescriptions. The airport security will present to you the rules they allow. As long as they’re within the law and does not impede your rights, you should be good to go.

You would also need to invest in special luggage equipment to fly with a gun. Such preparations will help you check in your gun as and prevent any mishaps.

The first thing you need to remember is that you’ll spend extra time at the airport processing your firearm. Flying with a gun means putting some extra hours into the process itself. If you allot two hours before boarding without a gun, add an extra hour or two as a buffer.

The next thing to consider is transporting firearms. TSA prescribes using a locked hard-sided container as checked baggage only. It is crucial to have an unloaded gun, with ammunition outside of the chamber.

Your locked case needs to be secure. It should not be easy to open as this poses a danger to both the plane and the passengers. The container must secure the firearm in full without any chance of access from the outside.

The local airline or TSA officer will inspect the container before allowing to check in. When flying with a gun, you must declare the firearm, together with any ammunition. Talk to the airline at the check-in counter.

You need to remember that not all containers are suitable for airline travel. Flying with a firearm means you need to invest in travel-safe firearm containers. Your firearm’s default container when you bought it may not be useful in this regard.

Once you declare your gun(s), check with your specific airlines. There may be fees that apply for transporting firearms.

3. Getting Through Your Security

When learning how to fly with a gun, remember that you would want to perform the full cooperation. For your declaration, officers will ask you to make a verbal confirmation. You need to inform them of the firearm you’re carrying.

If you have a Seekins Precision weapons system, for example, you need to have matching papers.

If you’re a gun owner who wants to fly with a gun, we encourage you to double check all your luggage. Do this even if you’re not flying with a firearm in your person. Why?

Some people may use their bags as range bags that they use to transport firearms on land. Accidental carriage of a gun or even single ammunition can derail your entire flight. These may result in criminal charges while traveling.

When it comes to ammo, there’s an absolute prohibition in carrying ammo into your carry on luggage. Transporting firearms is one thing, but ammo should transport with the manufacturer’s packaging. The air carrier, however, will decide on a few things.

The airline will decide if:

You should expect your TSA personnel to have different levels of expertise with the law. As a precaution, it’s best to bring print copies of firearm rules. Bring both the TSA rules and the rules of the specific air carrier when you fly with a gun.

Some of the biggest obstacles of people who seek flying with a gun are New York and New Jersey. Unlike other states, both locales’ airports follow the local laws. When it comes to transporting firearms, you may receive resistance from regional airports.

If you’re passing through their jurisdiction, you’ll receive possible arrests or threats. This is due to judicial decisions in the area, where the Firearms Owner Protection Act (FOPA) received limits.

If you need to go to New York or New Jersey with your firearm, consider shipping your arms instead. Flying with a firearm through these jurisdictions can result in delays. Sending your firearm to your final destination is something we encourage.

6. Flying with a Firearm with Air Carriers

For Alaska Airlines, they provide full accordance with the rules that TSA enforces. They allow for full check-in luggage of firearms using the prescribed container. This includes firearm parts and accessories like scopes and suppressors.

When it comes to ammunition, they allow carrying either 11 or 50 lbs for domestic, depending on the flight. International flights allow for 11 pounds if allowed by the destination.

American Airlines complies with TSA rules in full. This is together with any local laws when flying with a gun.

Up to 11 lbs of ammunition are allowable, as long as it is in manufacturer or ammo packaging. The airline prohibits loose ammunition, including magazines and clips.

You also cannot transport firearms to and from the UK.

Delta Airlines complies with the rules set by the TSA and local laws, with a 5kg allowance for ammunition. Gun powder and ammo with incendiary or explosive properties are not allowable under any circumstances.

First Air follows the TSA regulations as well when flying with a firearm. There are no specifics with the limits to ammunition as long as it follows the packaging rules.

Frontier is following the same TSA rules for checked in firearms. They even allow packing of ammo in magazines or clips as long as exposed portions have proper seals.

JetBlue specifies that it is also following the rules set by the TSA. They allow a maximum of 11 lbs for ammo and warns against transporting firearms to NY and NJ.

Southwest follows the same rules that American Airlines uses, which is the TSA ruling. When you fly with a gun, ammunition should have proper packaging. Magazines and clips, together with loose ammo, are not allowable.

Firearms are eligible in United Airlines flights under TSA regulations. They also have specific rules for every country that allows or prohibits firearms, including declarations when going to Guatemala. 11 lbs of ammo are allowable.

7. Some Key Takeaways If You Fly with A Gun

If you want to know how to fly with a gun, it’s best to learn the local laws and regulations. You might need to bring a permit to carry to your destination even if your departure doesn’t need one.

The smartest way to make your entire flight easy is to talk to your TSA agent. You want to make sure to sign all the necessary paperwork they request from you.

Double-check your person to see if any loose ammunition is in your clothing or other bags. With the FOPA in full-effect, there is no need to surrender your firearms. Even then, this is eligible only as long as you follow the rules and regulations.

Try your best to avoid deviations that are not necessary for your travels. Research on the firearm laws of the jurisdictions you will pass through. Have copies of permits, licenses, and essential provisions even if you know nobody will ask for.

Bring copies of rules and regulations, from the TSA, airlines and even the locale of your destination.

If you plan on flying with firearms, you need to arm yourself with information. Knowing what to do is half the battle, and this will ensure a smooth ride for yourself. Comply with the local agents and know your rights.

Want to learn more about the intricacies of traveling? Interested in more travel information? What you need is Travel Experta.

We are your premium travel blog, headed by an expat mama who knows a lot about flying around. From opening an online travel agency to planning a skiing trip, we have it here.