Cancun Then and Now: The Evolution of Cancun Holidays 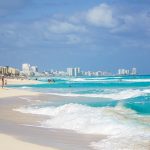 The Vibrant Yucatan peninsula has long been one of the main family tourist hubs in Mexico. From the capital of Merida to the irresistible northeastern shores of Cancun full of beaches, flocks of tourists arrive each year in order to enjoy the sunshine, many family activities and of course swimming and lounging by the Caribbean sea. The resort town of Cancun could easily be considered as the leading resort as for the past years it has been attracting visitors exceeding the 3 million mark with its luxurious all-inclusive resorts and amenities on offer. However, things were not always like that.

Cancun before and after

During the ancient days, Cancun holidays weren’t even a concept and the indigenous Mayas occupied and thrived on the lands of the fertile Yucatan peninsula. The multitude of ancient cities and landmarks nowadays swarmed with tourists, are a testament to the extent of the development of the Mayan civilization occupying the land. This, however, was brought to an end by piracy, famine and disease, leading to a very small part of the population surviving on the neighboring islands of Isla Mujeres and Cozumel. 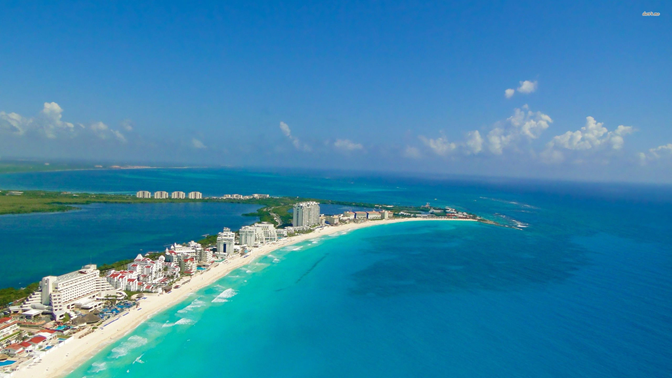 Holidays in Cancun however would never be the same without the intervention of the Mexican administration. During the 1960s, the Mexican government decided to invest on tourist development as a means of increasing its income in order to complement its then stagnant economy. In order to do so a scouting team was sent out to pinpoint adequate locations for resort towns. The long coral reef of Cancun with its fine white sand and azure blue waters was chosen as the main winner and tourist development begun promptly in January 1970.

As with every new beginning, finding private investors to fund this attempt was hard, since the then unknown and almost uninhabited Cancun was home only to three permanent residents. Fast forward to 1990 and the effect of mass development led to the total population jumping to over 167 thousand residents. The large numbers of people leaving on holidays to Cancun each year have helped in growing the numbers considerably, as more people aiming to profit from the tourist industry move over to the sunny Yucatan peninsula. As a result, the last population census in 2014 has shown a tremendous growth in residents exceeding the 722 thousand mark.

Overall, Cancun with its various amenities, spectacular Caribbean beaches as well as cultural/historical sites will keep on growing, attracting even more people seeking to work on their tan and live one of the best experiences of their lives under the sun. As such it would be safe to conclude that the famous ex-Mayan land claims a top spot amongst the most famous and beautiful holiday destinations around the world for a long time to come.

Holidays to Cancun were not even on the cards 60 years ago. Learn how a favorite destination evolved from a quiet village to a bustling tourist resort.