Who Wants Adventure Opposite of Hot? How about Follow in the footsteps of Hilary and Tenzing en route to Everest Base Camp

Central Americans are you ready to do something so different that will be an experience once only dreams of!

Many people who trek to Everest Base Camp start their hike in Lukla and follow the traditional expedition route to the base camp. However, it’s now possible to stride out on a much longer adventure, following in the footsteps of Edmund Hilary and Tenzing Norgay, who were the first people to ascend the world’s tallest peak. 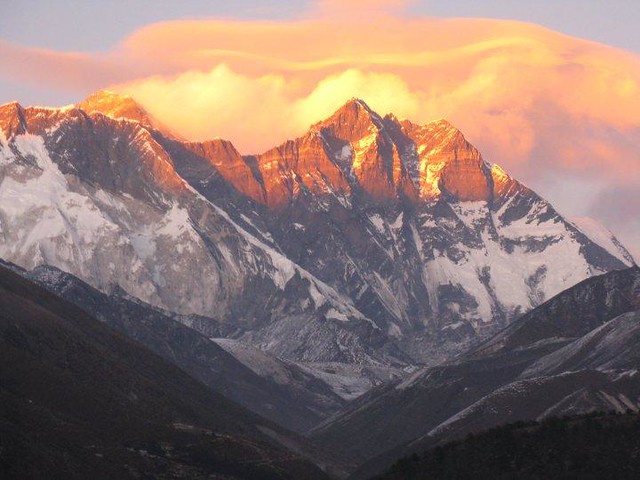 If you book a trip with Explore Worldwide, you can select the Original Everest Base Camp Trek, which takes a little over three weeks from the time you touch down in Kathmandu to when you step on your plane to fly home. Prices for the expedition start from £1,495 without flights.

So, what does this entail and where will you walk? Read on for some information about what you can expect on this trip.

Your actual trek will begin in Jiri, after you’ve spent a couple of days in Kathmandu. This is a small village in the north-east of Nepal and as Hilary and Tenzing passed through the settlement before entering what is now the Sagarmatha National Park, it has earned the nickname of the Gateway to Mount Everest.

From Jiri, you will walk initially through some lowland areas before ascending higher into the mountains and crossing various passes – including the Lamjura Pass at 3,530 m and the Traksindo Pass at 3,200 m. It typically takes around 8 days to hike from Jiri to Namche Bazaar, where you’ll have a full day of acclimatisation ahead of the rest of your trek.

The day before you reach Namche you’ll join the main trail at Phakding and will then be following the same route as many other walkers who are heading to Everest Base Camp. You’ll pass Orsho, Dingboche and Lobuche before finally reaching the famous camp on your 14th day of walking.

Highlights along the way

Getting your first glimpse of Mount Everest will be one of the defining moments on your trek and you’ll see this towering peak on your fourth day of trekking as you cross the Salung Ridge. There are also excellent views of two other mountains that stand more than 6,000 m high here – Thamserku and Kusum Kangaru.

Stopping at the Traksindo Monastery to witness a sunset or sunrise is another memorable moment before you join the main trail, as the mountains are beautifully illuminated at these times of the day.

Visiting the Thyangboche Monastery after you’ve passed through Namche is equally impressive, as you’ll have astounding views of some of the Himalaya’s most famous peaks, including Everest, Ama Dablam and Lhotse.

Of course, the main reason to go on this trek is to reach Everest Base Camp, so arriving at the starting point for summit attempts on the mountain is bound to be a highlight. If you are lucky, you will have the opportunity to speak to some of the climbers who are staying at the Base Camp in preparation for their ascent.

After you depart from Everest Base Camp, there are still some memorable moments to come. One of the most impressive sights will be the views from the top of Kala Pattar. You’ll walk up the peak to 5,545 m, which will be the highest point you reach on your trip, from where you’ll have unrivalled views of Everest, Nuptse, Lhotse, Ama Dablam, Kangtega and several other peaks, as well as the Khumbu Ice Fall and Glacier.

Matt Cook enjoys travelling and cycling which helps in his role of eCommerce Manager for Adventure Travel company Explore.