Wildlife Guatemala – 9 Reasons Why Rats Are So Successful

Brown rats are one of the best known and most common animals in the world. They are the second most successful mammal in the world. In Guatemala just as the rest of Countries of the world they are mostly found in populated areas. Here are some facts about them:

1. The Bubonic Plague was not caused by rats but instead was caused by infected fleas that jumped off dead rats onto humans.

Find the best places to see wildlife and birds in Guatemala.

2. Rats have been used throughout history as food for people and pets, religious icons, laboratory animals, pets, mine detectors, and some have even been trained to drag wires through walls making some electricians’ jobs go much faster.

3. The brown rat is a true omnivore and will consume almost anything, but cereals form a substantial part of its diet.

4. According to the Guinness Book of World Records the longest lived domestic rat died at seven years and four months of age. This by far exceeds the 2-3 year expected lifespan.

5. Brown rats live in large hierarchical groups, either in burrows or subsurface places such as sewers and cellars. When food is in short supply, the rats lower in social order are the first to die. 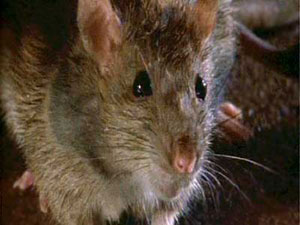 6. If a large fraction of a rat population is exterminated, the remaining rats will increase their reproductive rate, and quickly restore the old population level.

7. Female brown rats in one litter can have 1-20 offspring, although seven is common. A female can produce up to five litters a year. The gestation period is only 21 days.

8. Female rats can successfully breed as early as six weeks after they are born.

9. They live all around the globe and can be found wherever humans are. In other words: Everywhere!