14 Facts About the Common Black Hawk in Guatemala

Common Black Hawks are successful predatory birds with a mysterious touch. These guys have been developed to hunt in wooded areas. Sadly, the common black hawk is currently extremely endangered. They can be disturbed easily, and their habitat is quickly being destroyed to make way for human development. Learn some facts about the black hawk bird here

They can still be seen in southern areas of the US, Central America, and countries near the Atlantic side of South America. In Guatemala, it can be found mainly around the Caribbean coast.

Below are some facts that will help you to get to know this magnificent bird a little better. 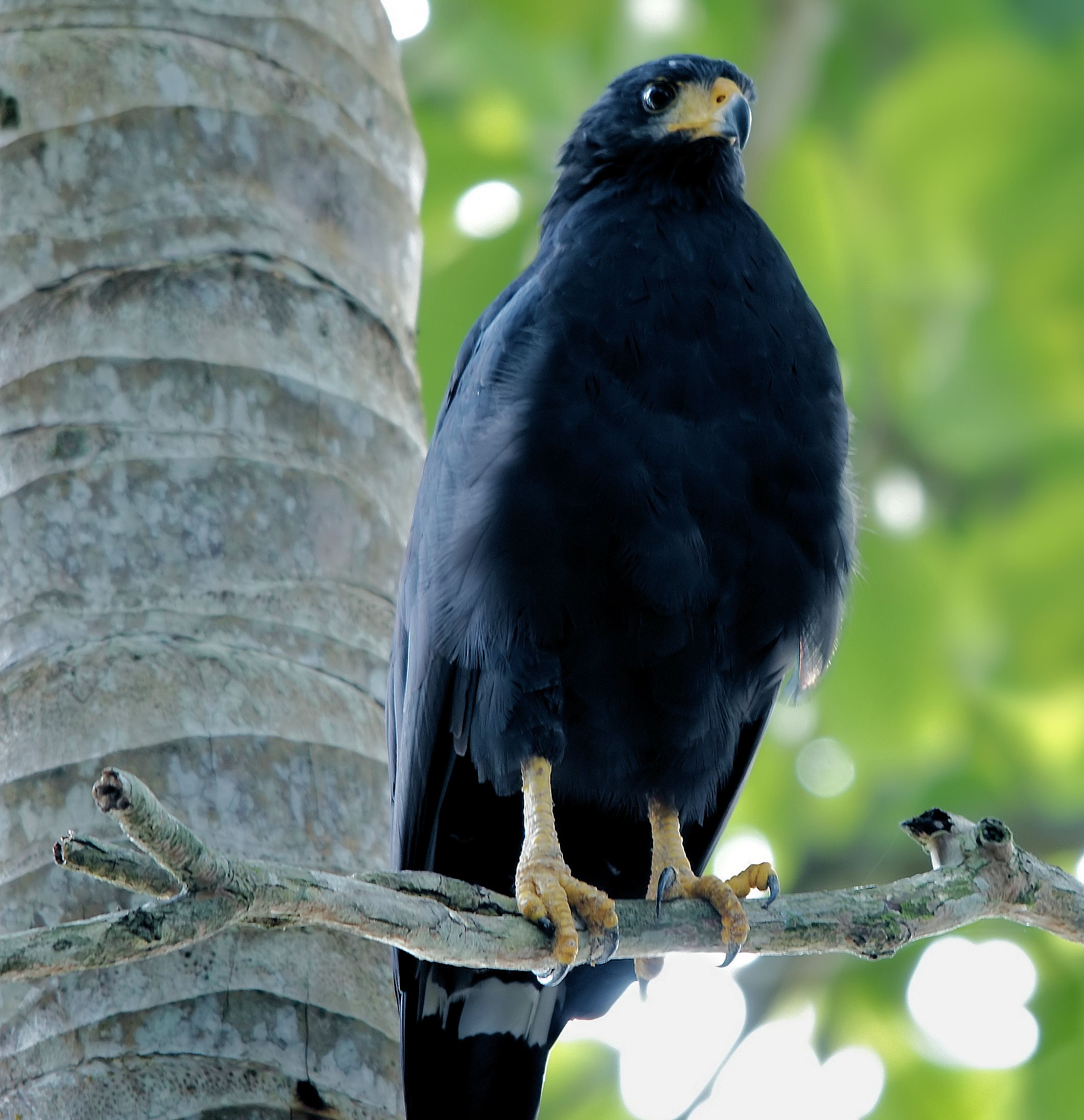 14 Facts About the Common Black Hawk

1. The Common Black Hawk feeds mainly on crabs, but also eats small vertebrates and eggs. They often perch for long periods on a branch over water, waiting for their prey to appear.

2. It has very broad wings and is mainly black or dark gray. The short tail is black with a single broad white band and a white tip. The bill is black, and the legs are yellow.

3. The adult Common Black Hawk can measure from 43 to 53 cm long and weighs 930g on average. Making them medium size birds.

4. This relatively small animal becomes an imponent one as soon as it spreads its wings. Their wingspan measures anything from 122 to 127 cm.

5. These carnivorous birds build a platform nest of sticks fifteen to one hundred feet above the ground in a tree, typically a mangrove. Nests are typically reused and tend to grow bigger.

6. Females lay one to three eggs, which are whitish with brown markings. Incubation lasts for 38 to 39 days. The fledgling period is between 43 and 50 days, and post-fledging dependence 6 to 8 weeks.

7. The common black hawk can live for a long time in relation to other bird species. They have been known for living up to 24 years.

8. The current conservation rating of the Common Black-Hawk is Concerning. It lives on a wide range of land, but there aren’t many left.

9. There isn’t detailed information available on pair bonding, territoriality, or other aspects of this species’ social behavior.

10. They inhabit from the Southwestern United States through Central America to Venezuela, Peru. Generally, these birds are found in lowland areas, with a source of water nearby, they are great for birding.

11. It is hard to be able to distinguish from male and female adults, however, you know that you are in the presence of an immature common black hawk when you see that they are dark brown above with spotting and streaks.

12. The Common Black Hawk also has a distinctive sound that will allow you to recognize them. It utters a rapid series of ringing whistled notes, usually given while they fly.

13. It is common to see these birds hunting alongside with their mate. They fly together while searching and catching their prey. They like to stalk their prey from around 15 meters high, but they can also be seen at ground level while looking for small rodents or reptiles.

14. After breeding, a female lays 1 to 3 creamy looking eggs and incubation takes around 40 days. Both make, and female birds care for the eggs.