7 Facts About the Brown Four-eyed Opossum in Guatemala

Most people fear them for no reason, since they look like rats most of them are chased and killed wrongly.  If you enjoy seeing wildlife, then you’ll have a great time looking at those little animals, if you can find them, since they are nocturnal you can have a hard time spotting those animals in Costa Rica or Guatemala. It can be found mostly in forested habitats, so, if you plan to make a trip to see them, better plan an eco-friendly trip. Most of the areas they live in are protected areas, and we must take care of their habitat. 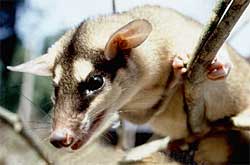 1. It gets its name from its brownish to yellowish fur color and the creamy white spot above each eye.

2. It is a strongly nocturnal, terrestrial, and omnivorous animal, feeding on fruits, small vertebrates, and invertebrates.

3. This tiny animal has an average of 40 cm in total length and weighs as much as 1 pound.

4. The Brown Four-eyed Opossum builds nests made of leaves and twigs in tree branches or under rocks and logs. 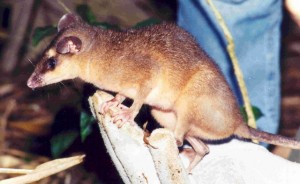 5. Females can give birth twice a year and can have up to nine young at the same time. The mother takes care of the young for six months after birthing.

6. These guys are usually haunted by humans because they eat their crops. This has made them become another endangered species. What many people don’t know is that they actually help by reducing plagues like cucarachas, termites, and ants.

7. The young / baby of a brown four-eyed opossum is called ‘joey’. The females are called ‘jill’ and males ‘jack’.