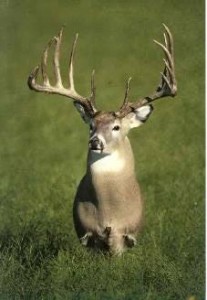 White tailed deer are very popular in Central America. In Costa Rica they are commonly seen in the rainforest of Guanacaste. They also live in much of the Central American territory. Here are some of theirÂ confessions:

1. The White-Tailed Deer is a long-legged, fast-moving mammal and the smallest members of the North American deer family.

2. The deer’s coat is reddish-brown in the summer and turns to a grey-brown throughout the winter.

3. The white-tailed deer is a ruminant, which means it has a four-chambered stomach just like cows. They eat large varieties of food, commonly legumes and other plants, including shoots, leaves, cactus, and grasses.

4. These guys are smaller than humans with only 0.9 to 1 m tall at shoulder but weight a lot more. Males weight up to 400 pounds and females weigh up to 200 pounds.

5. They rarely live more than 10 years but there have been cases of 20 year deer. 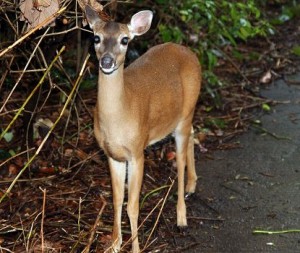 6. Females give birth to 1 – 3 spotted young, known as fawns generally in May or June. Fawns lose their spots during the first summer and will weigh from 44 to 77 pounds by the first winter.

7. Because humans and deer often share a habitat, there can be problemsÂ between them but they are not endangered. When a deer’s habitat becomes smaller because of human development, deer will often eat from gardens. Also deer need to cross roads to look for food and water and are sometimes struck by cars.

8. A great indication of this mammal’s age is the length of the snout and the color of the coat. Older deer tend to have longer snouts and grayer coats.