If you are looking for an adventure tour in Costa Rica. The deep blue warm waters of the country (Caribbean and Pacific) along with all of the marlin, mahi mahi, sailfish, tarpon, snook, to name a few, are waiting for you. These are definitely great reasons to consider going to fish in Costa Rica

We will set you up on a half or full-day, one or multi-day tour for any budget. If you’re looking for an all-inclusive fishing package, we can arrange the one that fits your budget and style. All packages provide hotel pick up, drinks, and snacks, and all the equipment needed to catch big fish. The all-inclusive packages also include cooking the daily catch. However, to preserve big game fish, all packages follow the ‘catch and release’ code of ethics. 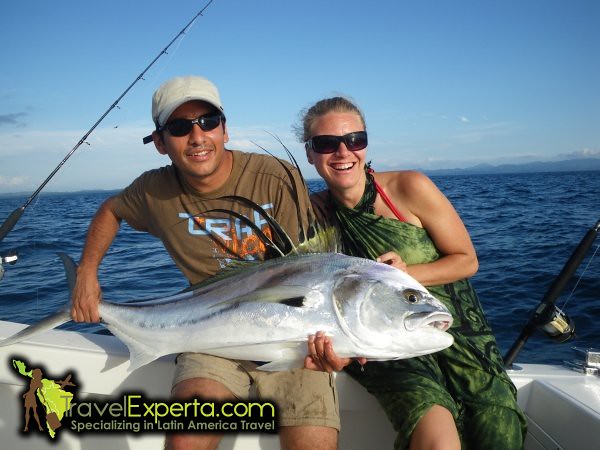 Puerto Viejo and Cahuita National Park will offer you a new kind of fishing, yet it is not new to the local fishermen who have been doing artisan fishing for generations. On these tours you will hop into a small dugout canoe or wooden panga and use a hand-reel and line. Bet you can’t do this one at home. Contact us for your tour.

Tamarindo, Playa del Coco, and Flamingo are happening beach towns with year-round great sport fishing. They are so into sport fishing that Flamingo hosts an annual sportfishing tournament every July, when the tuna and sailfish are plentiful.

Quepos, Manuel Antonio, and Jaco are the places to be for sportfishing charters.

Puntarenas also offers fishing charters, which we’ll arrange for you. The best time is from mid-December to April. 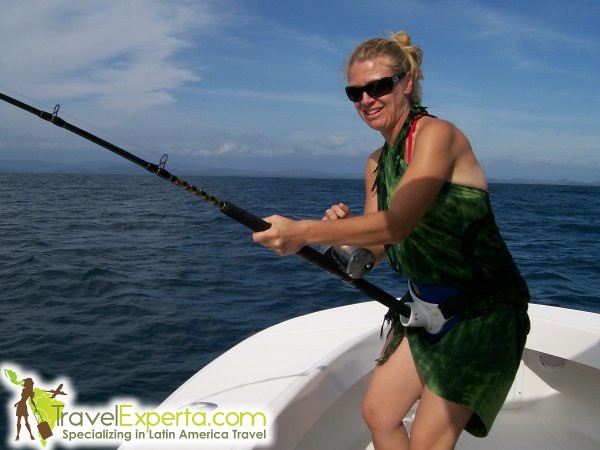 Big fish are caught year-round in Drake Bay, which holds many big game fishing records and every species has its season. To access Drake Bay you need to come from the Sierpe River which is bordered by a mangrove estuary.

Dominical is great for inshore and offshore fishing where anglers get a run for their money. Fishing is good year-round, with the peak season from December to April. Off shore and in shire fishing trips are offered in the region. 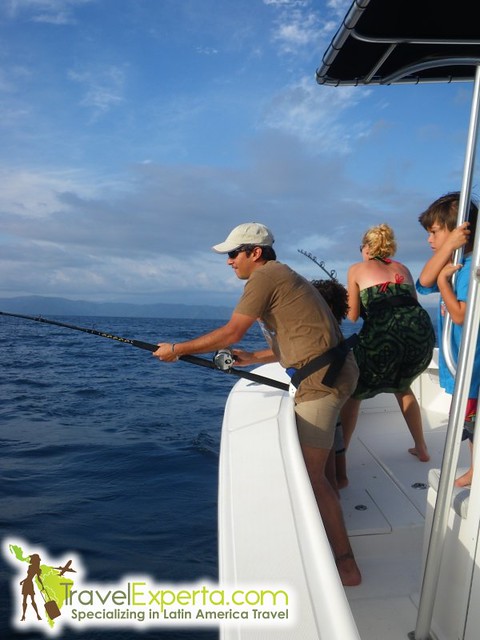 Lure fish and catch 11 inch Rainbow trout in the Rio Savegre of the San Gerardo de Dota Valley from December to March. And if you’re into fly fishing, you’ll find the months of May and June to be the best. Contact us to make your reservation at one of the lodges and to arrange a tour for a guided fishing excursion on the river.