5 of The Top Places to Visit in Guatemala

Guatemala is a small country in Central America that packs a lot of things to do and to see in relatively few kilometers. Once you do some research you will start finding more and more and more things to do in different areas of the country so how do you decide what you want to do and the places to visit in Guatemala that are for you?

Below is a list of five of the best places with information about what to do in them. 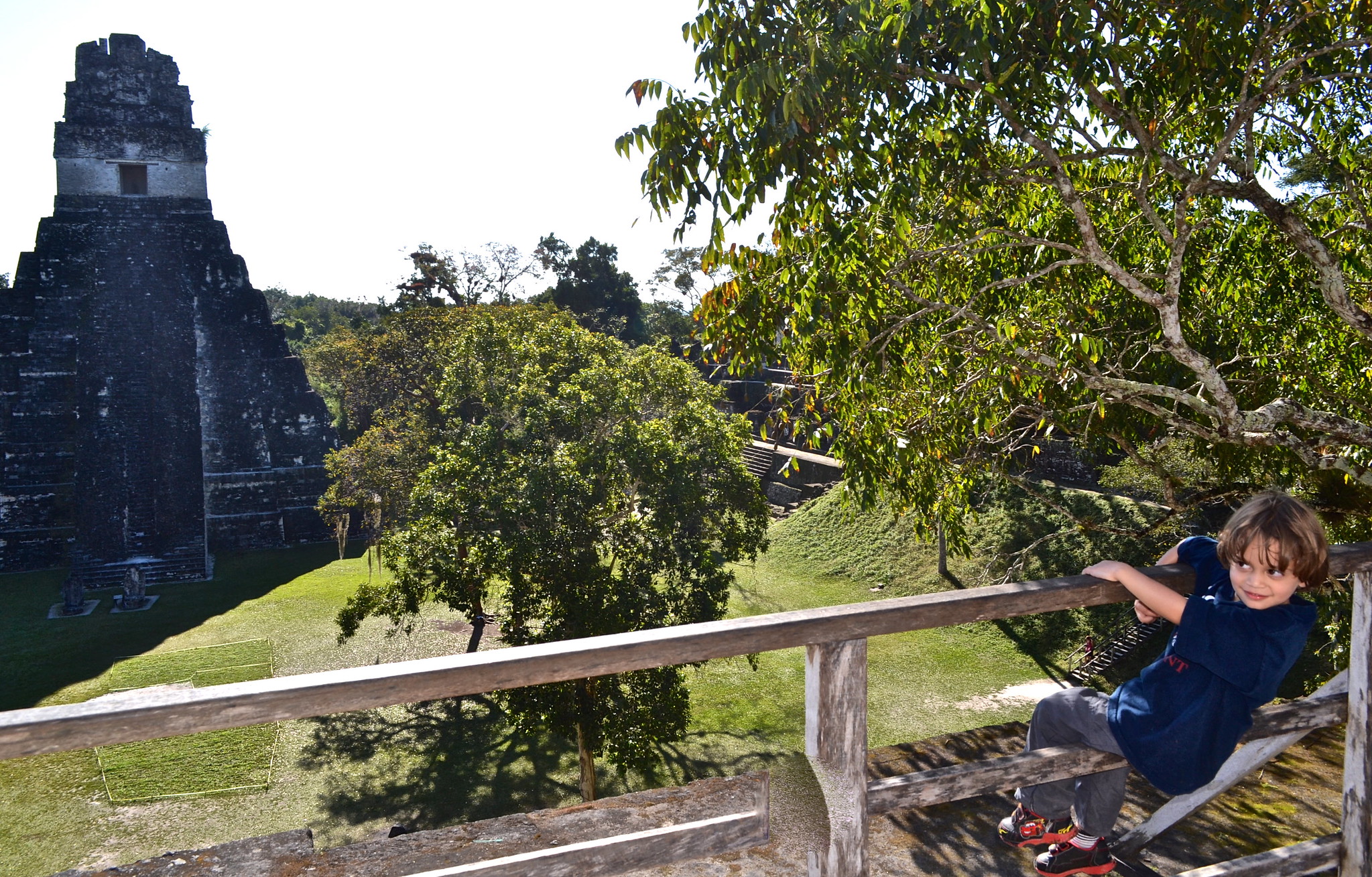 The Top 5 Places to Visit in Guatemala

Tikal National Park is located in Peten Guatemala and its name means place of voices. Nowadays, it is the biggest known and studied Mayan City. The park has an area of 576 . It was declared a Human Heritage Patrimony by UNESCO in 1979. It consists of a group of temples and plazas scattered around, but the most popular ones are:

– Major Plaza: It is surrounded by Temples I and II, the North and Central Acropolis, as well as a big range of wakes and altars.

– Temple I: Known also as Big Jaguar Temple, it was built around year 700. Its crest reaches 45 meters high above the Major Plaza.

– Temple II: It is also known as Masks Temple. You will find it very close to the Big Plaza by the west, with 38mts. high. The temple was built around 700 A.C.

– North Acropolis: It is a religious area within the ceremonial complex of Tikal. It is the most complete individual construction to this date in the area.

– Central Acropolis: It is formed by a small courtyard on different levels with large and low buildings called palaces.

– Temple IV: With its 70mts. it is the highest structure of Tikal and is called Two-headed Snake Temple. Here the visitors can go up to the crest base and have the most beautiful sight of Tikal.

– Big Pyramid Plaza or Lost World: It is one of the oldest monumental complexes of Tikal. Its architecture, science and art are that of the second century before our era and the fourth after our era. It is also a very important astronomical complex. 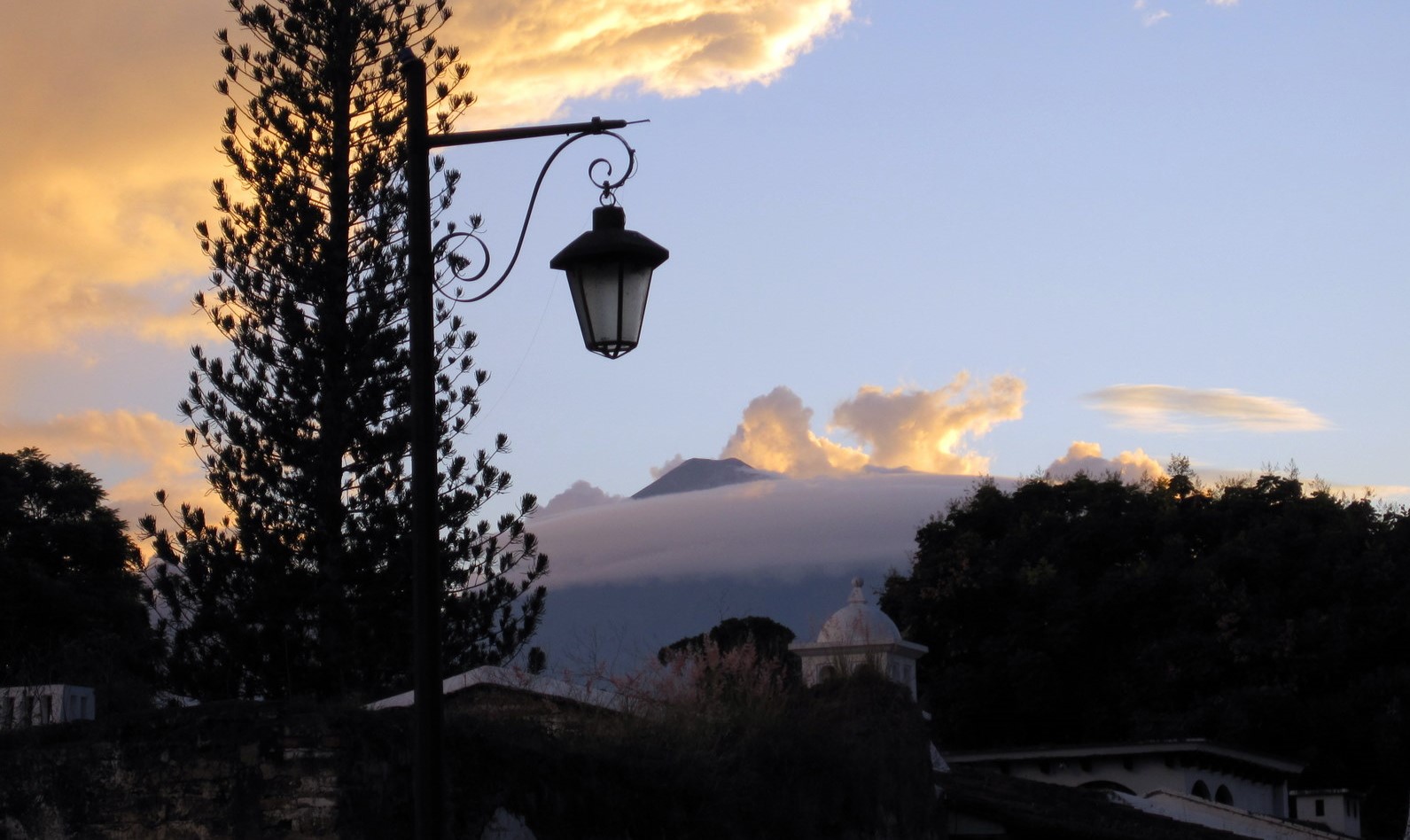 Antigua Guatemala was once the third capital of this country. It was founded in 1543 and named Ciudad de Santiago de Los Caballeros de Guatemala. After many earthquakes and floods, the telluric movement of 1773 finally destroyed it. Despite this, it is now one of the major touristic attractions of Guatemala. It is a colonial architectural jewel, which keeps its characteristics as if time had stopped. That is why it was designated by UNESCO  as World Heritage Site in 1979. Its highlights include:

– The Old Cathedral: It was built between 1543 and 1680. It has wooden columns, a body and a bulrush, that had to be rebuilt after the Santa Marta Earthquake in 1773. The title of Metropolitan was given to it in 1743 by the “Papa Benedicto XIV”. Also in the back, visitors can visit its ruins.

– Capitan-General’s Palace: It is located in front of Central Park. It has a two level and a two-tiered arched facade. During the centuries XVI to XVII it was home to the representative of the king.

– Noble City Hall Palace: This construction has kept its original design since 1743. Presently, it hosts the municipal authorities offices and the Museum of Antique Books.

– Church and Convent La Merced: The facade of this church is without a doubt the best example of baroque style. The fountain inside the Convent’s ruins is the largest that remains in La Antigua Guatemala.

– Church of San Francisco el Grande: It is surrounded by a wall with battlements. Here is where the body of Santo Hermano Pedro de San Jos de Betancurt is kept, as well as a museum where relics, clothes, and objects that he used are on permanent exhibit.

– Agua Volcano: It is a classic visit for those who love to climb. It is the sixth highest volcano of the country, and yet it has easy access and a camp. 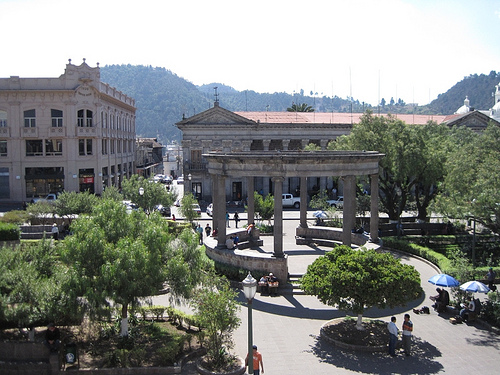 This department is cold in the highlands and warm on the coastal area. The languages that are spoken here are Spanish, Quiche and Mam. Quetzaltenango is settled in an extensive valley surrounded by mountains and volcanoes. Its inhabitants still have the old traditions of the Mayan-Quiche, mixed up with a colonial past and dynamic modern life. It is considered the second most important city of Guatemala. Its highlights are:

– Municipal Theatre: This Neoclassical building is an architectural jewel. It has a capacity of 1,050 seats. The stage was built in 1916.

– Central America Park: It is located in the center of the city. The park is surrounded by an impressive monumental complex from which the baroque facade of the Church stands out.

– Holy Spirit Cathedral: It is settled in the west side of the Centro America Park. The complex has two structures: the ruins of the facade of the Holy Spirit Church (1535-1898) at the bottom, and the Cathedral of the Diocesis de Los Altos from 1899.

– Chicabal Lake: It is located on the volcano summit with the same name. To get there, all you need to do is a short, easy walk.

– Hot Springs: Due to the volcanic manifestations in the area you will find many natural warm, sulfured bathes. The most accessible are the Almolonga, Cantel and Aguas Amargas baths. 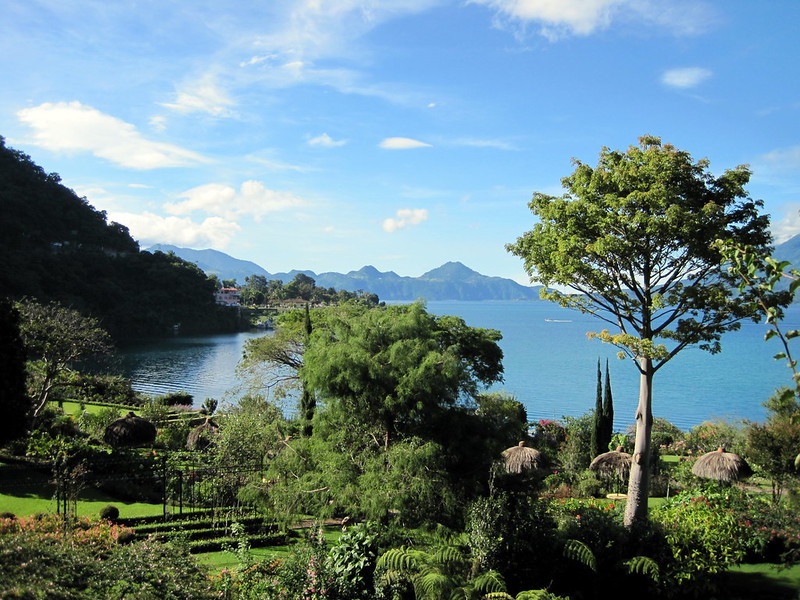 Its complete name is San Francisco Panajachel. This is a pre-colonial town of Kakchiquel origin, settled next to the river with the same name and on the lakeshore of Atitlan Lake. It witnessed the final battle between Spaniards and their Kakchiquel allies against the Tzujiles. Currently, this town is located amid large coffee plantations, gardens and vegetable orchards.

It is the most important center of the area. The reason? It hosts most of the hotels, restaurants, disco clubs, recreational areas and commercial stores. It is great for doing some handcraft shopping. But what really makes this place stand out is Lake Atitlan, which is considered to be one of the most beautiful lakes in the world.

West of Panajachel in the San Buenaventura Valley, a natural wildlife reserve of 120 acres and one butterfly reserve can be found. The forest has many traits and an organic coffee plantation.

Some of the many things to do in Panajachel and in the local towns are: kayaking, hiking in the volcanoes, going on boat rides, enjoying the sunset from a beachside restaurant, and partying.

What you will find here is a beautiful town with a population of Afro-Caribbean origins called Garifuna. It is located in the Dulce River outlet to the Caribbean Sea. It can only be accessed by sea from Puerto Barrios, on private boats.

Plus, there is no shortage of hotels in Guatemala that will make your stay just as memorable as the locations themselves. 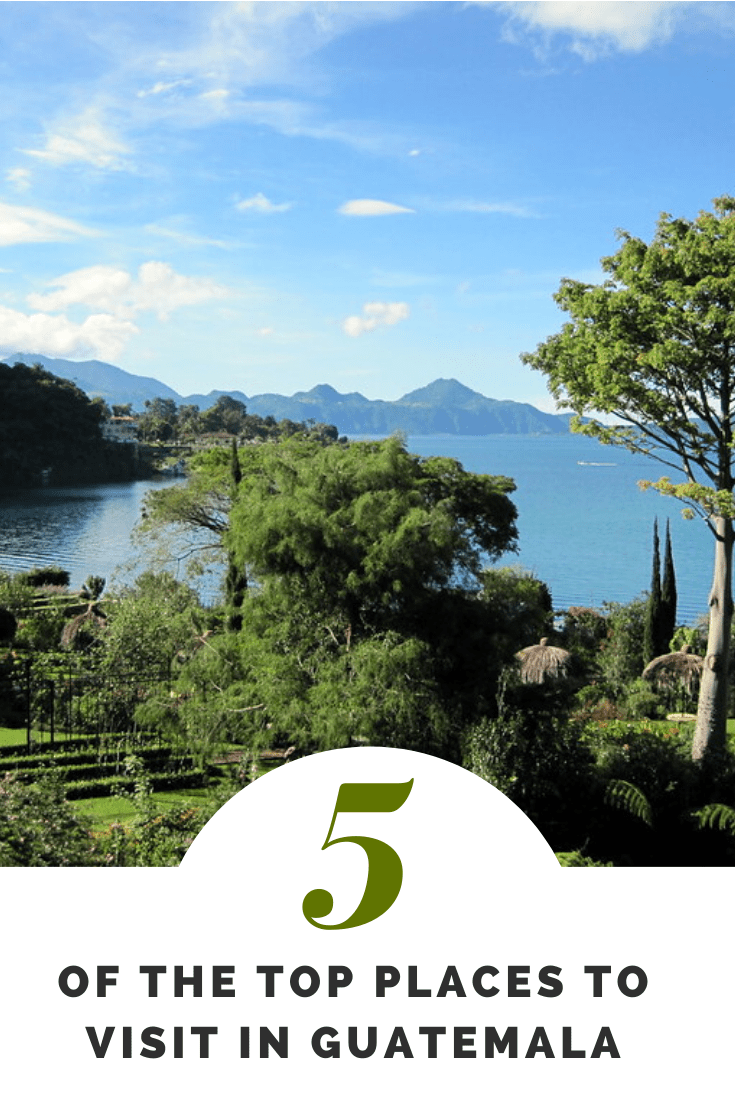