A Traveler’s Guide On Where To Go in Monteverde, Costa Rica

Monteverde is known as Costa Rica’s living natural history museum because of the amount of flora and fauna that you can find in it. It is also a great place for adventurers because of the number of tours that are offered. There are so many things to see in the area that you don’t always get to see them all. Here is a list of the most popular things to do in Monteverde:

Where To Go in Monteverde 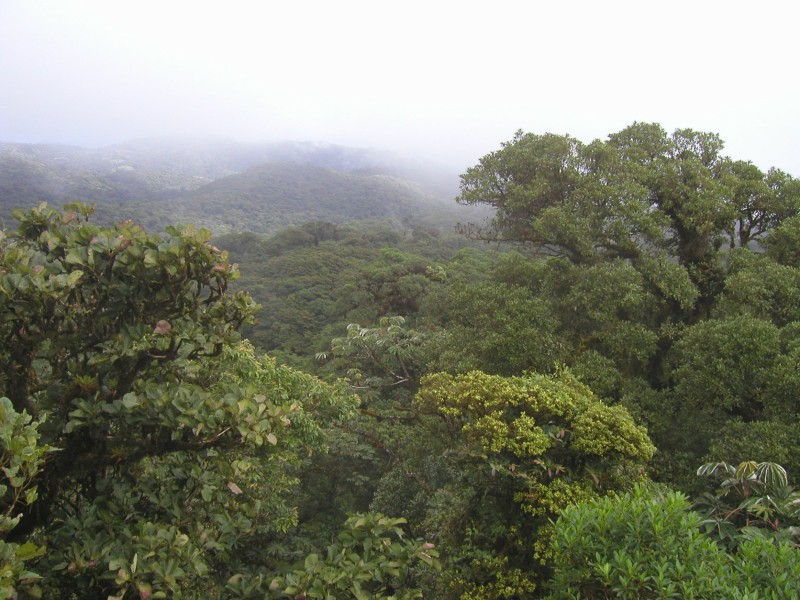 This 26,000-acre private reserve is the most popular park in the area today. It was founded by Quaker settlers in the early 1950’s. Only 160 people are allowed inside the reserve at a time. Since it’s a cloud forest it is a prime location to spot wildlife including the resplendent quetzal.

This conservation project began when a group of Swiss school children committed to “save the rainforest” and is today the largest reserve in the area. This combination of evergreen forest, seasonal cloud forest and seasonal rain forest is fully funded by children and said to belong to every child in the world.

The once working farm now plants four to five million trees per year for reforestation, it also takes a natural approach to attracting animals. They plant specific trees and bushes to lure coatimundis, white-faced monkeys and many other animal species.

These 27 acres of secondary tropical forest was once home to farms and banana plantations and hosts the most popular night tours in town.

It promotes true eco-tourism by having narrow trail paths that minimize environmental impact. Here tours are limited to six people per group.

It’s one of the Monteverde area’s best birding spots. It has several trails wind through primary and secondary rainforest and a working, on-site farm that harvests tropical fruit year-round. The University of Georgia administrates this 173-acre research station. 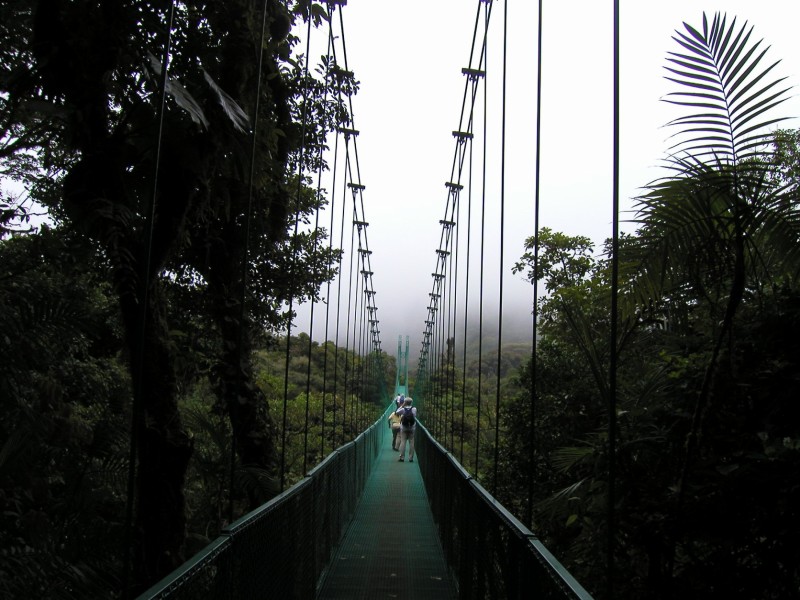 A difficult hike leads to San Luis waterfall, a tumbling cascade of clear, rushing water. The area is perfect for picnics and swims.

The reserve is home to three beautiful waterfalls that are normally closed in the green season.

The Monteverde Serpentarium gives an introduction to Costa Rica’s reptile and amphibian species. Some of the species it’s home to are snakes, turtles, lizards, frogs and other cold blooded animals including the fer-de-lance.

This small area is often so clouded with hummingbirds that the air buzzes with the sound of their wings. It’s located just outside the Monteverde Cloud Forest.

The butterfly garden’s tours are full of enthusiasm and will introduce you to the country’s 14,000 butterfly and moth species. Here you will also find a small please-touch bug exhibit.

It is a place to see the rarest species of orchids and learn about Costa Rica’s more that 400 orchid species.

Forget your fear and come to learn about these extraordinary mammals. Here the tours are extremely informative and educational.

World of Insects will be the perfect addition to the cloud forest’s walks. Here you will learn about all the insects you saw in tour tours though the cloud forest. They also show off impressive species such as water cockroaches, arachnids and scorpions.

It has one of the area’s most popular canopy tours, followed up by an almost 2-mile walk along the facility’s hanging bridges. They also have the largest private collection of insects in the area, known as the “Jewels of the Rainforest”, But that’s not it Selvatura also offers a butterfly garden, hummingbird garden, reptile, and amphibian exhibits. 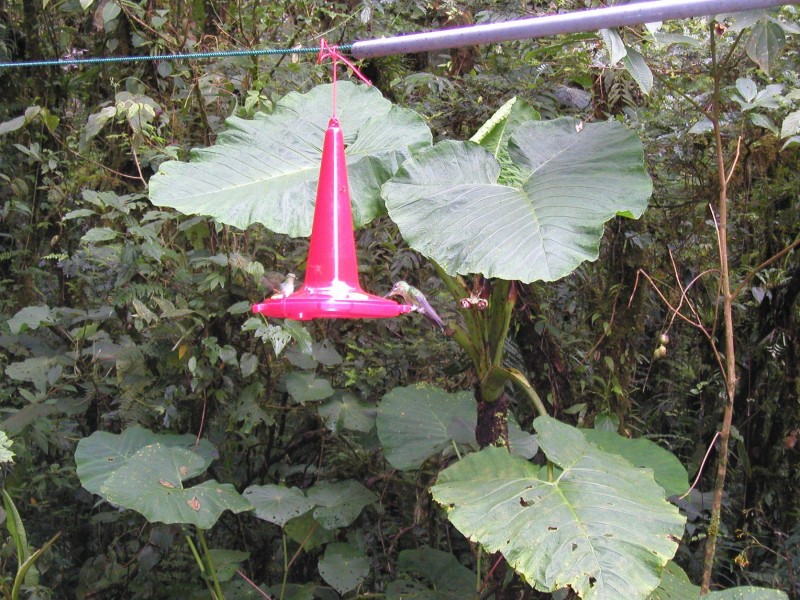 Nine Quaker families settled Monteverde in the early 1950’s. Their legacy still lives in Monteverde, trough the Friends Meeting House that they founded more than 60 years ago.

How many of these things to do in Monteverde have you tried or would like to try? 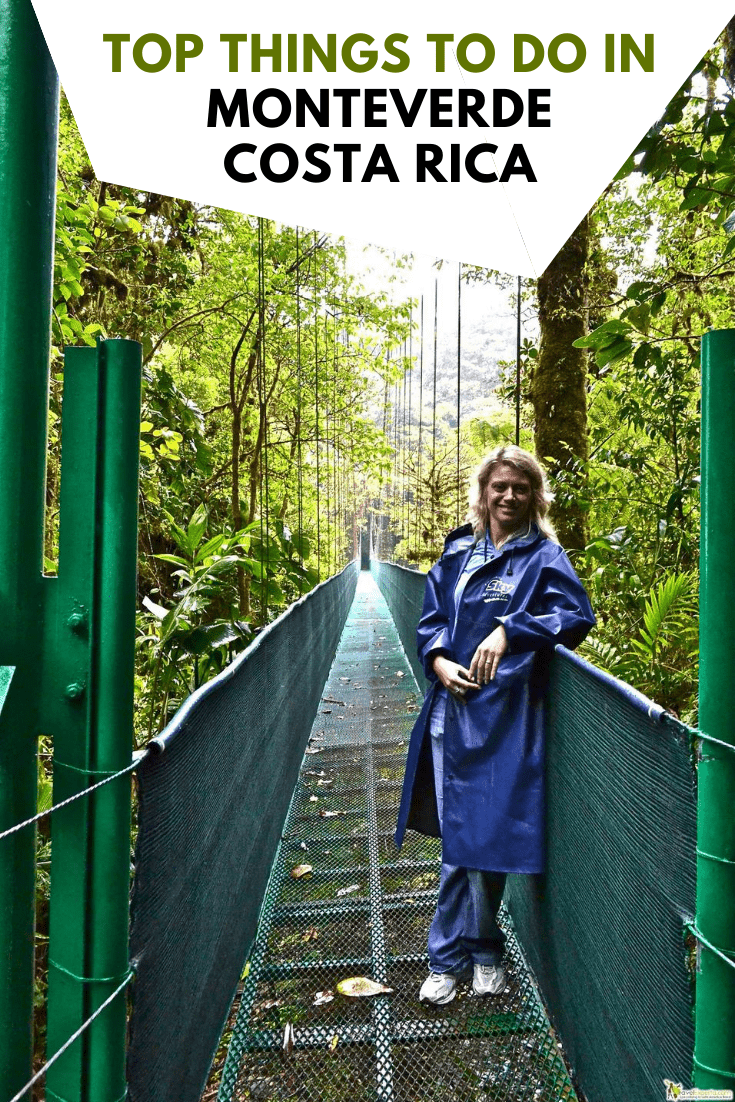