What to See in Medellin, Colombia: Private Medellin City Tour

Researching a place can you only give you so much dimensional input. After reading tons of facts about Medellin it was time to actually get my feet wet. 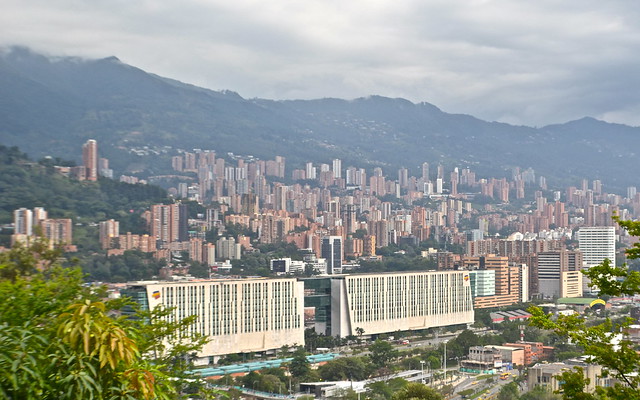 1. This is the first time I am doing a solo trip in almost 15 years. Not that I’m less courageous than I was before (i.e. hitchhiking all of Mexico on my own), it’s just that I’m simply more cautious nowadays.

2. Now that I’ve been introduced to luxury hotels, hostels, where meeting up with other travelers seems such hard work.  I prefer my luxuries over socializing in small kitchens or living spaces.

It’s been a long time since I’ve traveled to a large city. When I was younger I tackled cities on my own all the time without concerns if I got lost or not. I guess I’ve matured, and my time is way more precious now.  Or, I simply can’t be bothered to tackle things on my own anymore.

Regardless, being with someone that lives in the city and really knows their way around, while filling you in on cool info about all the spots you visit, is something difficult to get unless you befriend a local willing to spend that much time with you.

And it’s not what you think. There is no doofy guy holding a big ugly sign showing the world you are a tourist. It’s totally laid back. You’re in their car. And it’s actually like a friend that is truly there for you and wants you to have the best time ever. What can go wrong with that?

What to See in Medellin Colombia?

My actual guide was John, who was awesome. He spoke fluent English. A pure Paisa, with pride and love for his city. In his car, we had the city at our disposal. 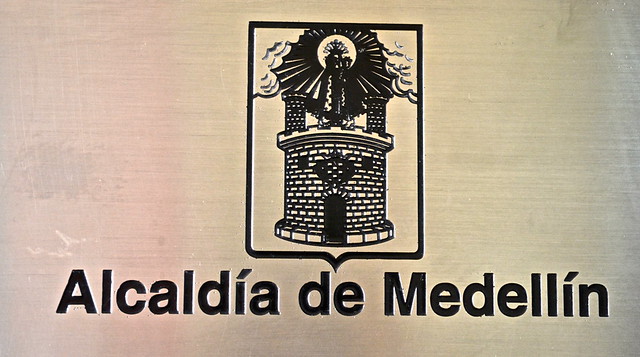 What the Medellin City Tour Was All About? 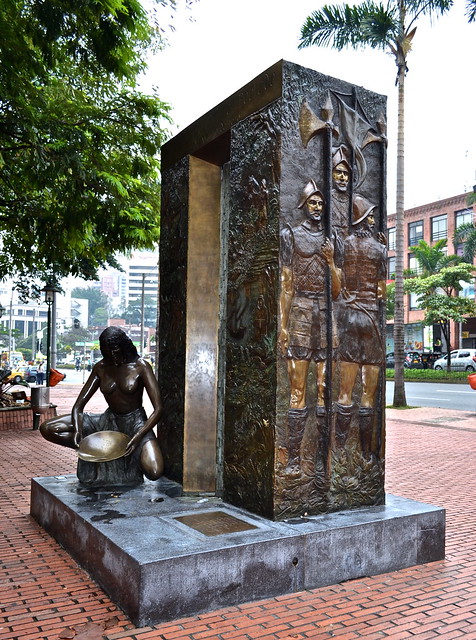 I love these in every country I ever visit. Unfortunately, in Medellin they aren’t as popular as they are in Central America, so I had a blast when we found one that is open year-round right near Bolivar Park. 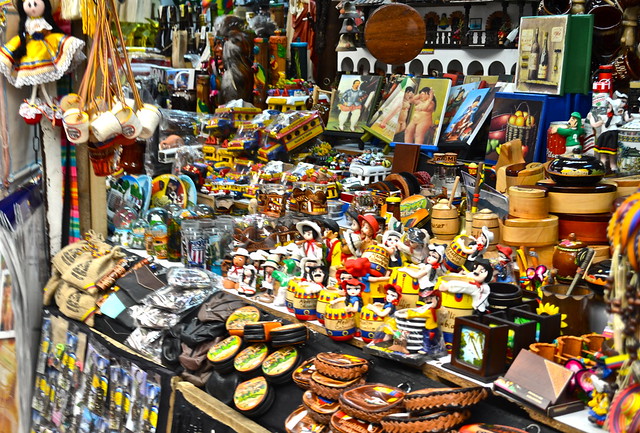 Bolivar is a huge figure in every single Latin American country, so a statute for him is an inevitability, hence the name of Bolivar Park. 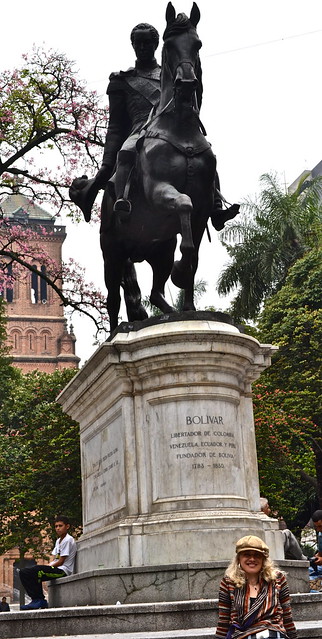 Cerro Nuibara is actually a hill that is close to the center of town used by locals for recreation, running, BBQ’s on weekends, spending time with family. But at the very top, it also has Pueblito Paisa. This adorable replica of what Medellin’s first villages looked like. Typical colonial style. 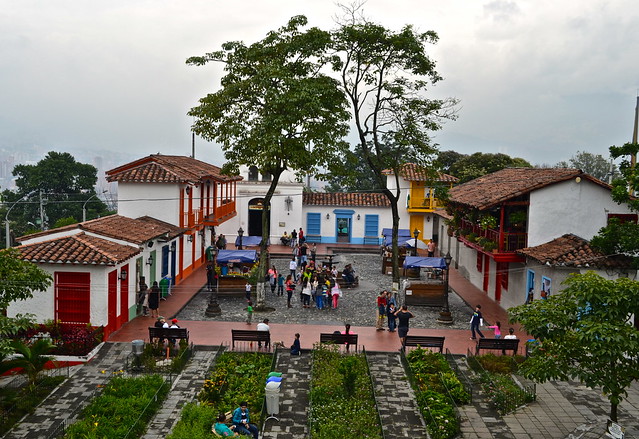 Did you know that the material used to build these houses was called Tapia and it was made from: earth (clay), animal blood, cow byproducts, and egg.

Botero is a world famous artist born in Medellin. He donated 23 sculputures and a ton of his artwork to the plaza and the Museum of Antioquia that stands in the plaza as well. Read more about Fernando Botero and Botero Plaza in detail here. 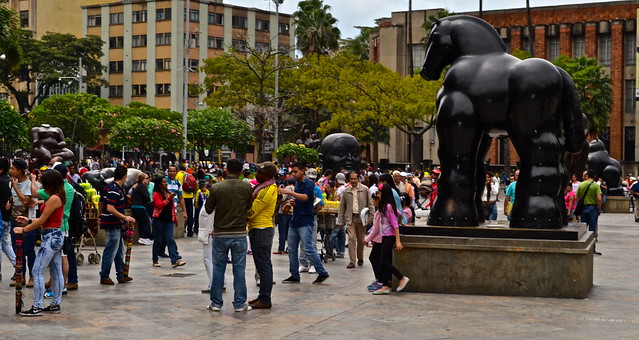 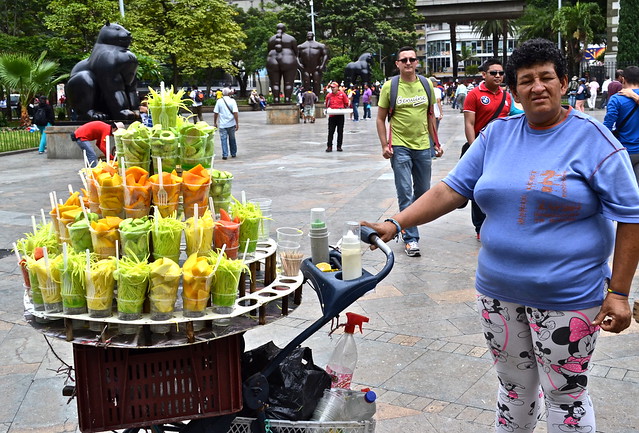 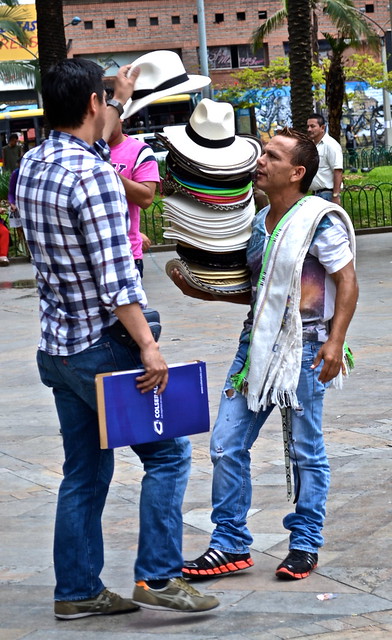 And I love, love, love the coffee sellers. They are everywhere selling the famous Juan Valdez coffee (I actually have no idea if they sold that brand, just wanted to romanticize about it.) You can get a cup for less than 50 cents. 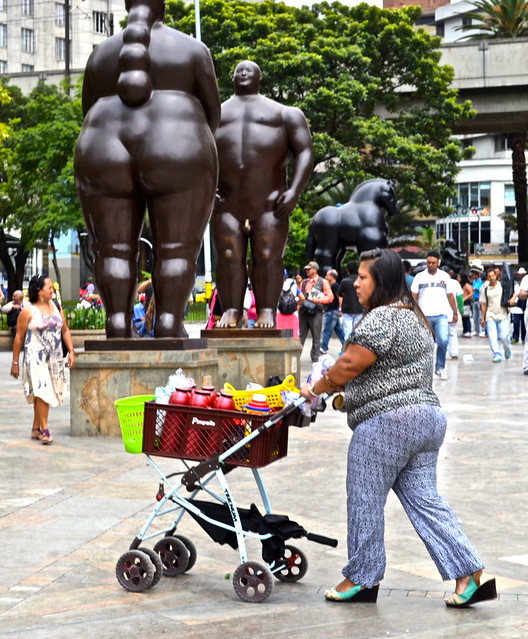 Did you know – Juan Valdez is not an actual person, but a personification of the typical coffee grower and arriero (country folk who took merchandise from one place to another on mules). He represents the coffee growers and businesses of Colombia, and the coffee is truly one of the best in the world.

What I learned – there is just so much that I have learned and am I learning about Medellin. But the one thing that truly stuck out for me was how much the Medellin government puts in to help their people. Even though it is a huge city, community is important. And this holds true as much for senior citizens. 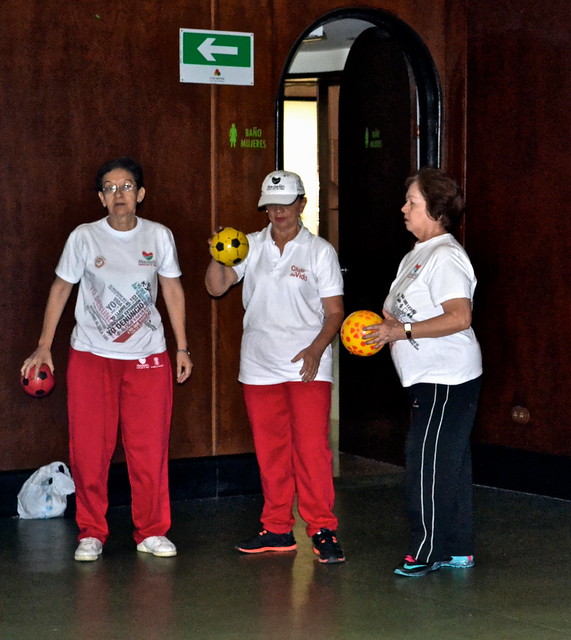 Living in Central America I can say that the elderly are a forgotten breed here. You either have to be rich to live with help or depend on your family. And if you’re poor, well you’re simply out of luck and are happy to be thrown some scraps.

Medellin has tons and tons of free activities all over the city for the elderly (as well as the young – but I’ll cover that in another post). Needless to say, this one thing really shows the face of the people, city, and government.

One thought on “What to See in Medellin, Colombia: Private Medellin City Tour”