What Is the NCAA? Everything You Need To Know About College Football

Did you know that there are 130 Division 1 college football teams in the NCAA? That’s a lot more than the NFL’s 32 teams, which is another factor that makes the college game so much more different than the NFL.Are you interested in college football? Let’s answer the question, “what is the NCAA?” to get you set up for the next football season.

But what is the NCAA exactly? What do they do and what are they in charge of? And how else does the college game differ from the NFL?

In this article, we’ll give you all of the information that you need to have to understand how college football works. We’ll break down the rules, the teams, and everything else that you need to know to be able to watch a game on a Saturday and have fun while doing so. 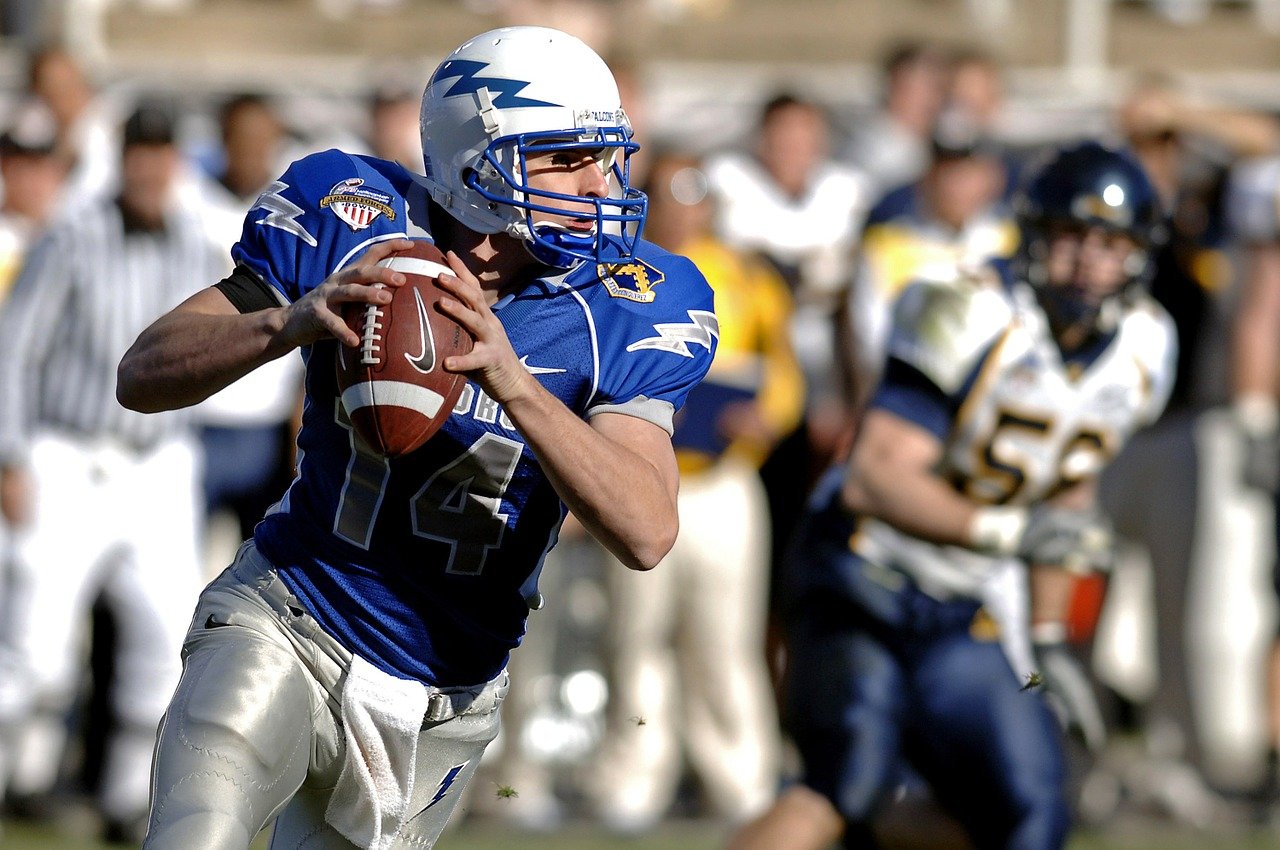 What Is the NCAA?

So, what exactly is the NCAA, anyway? Well, the NCAA, or the National Collegiate Athletic Association, is a non-profit organization that groups and regulates college athletics.

In total, there are over 1,200 schools that are apart of the NCAA. With that being said, when it comes to college football, there are around 900 or so schools that field a football program featuring students who attend their school or university.

What does the NCAA do? Well, the short answer is simple. They get every school from every conference on the same page and oversee everything that has to do with college athletics. They regulate rules, testing, and make sure that the playing field is as even as possible across all divisions.

How Many Division 1 Teams Are There?

Sure, there are Division 2 and Division 3 programs out there, with some of those players going on to make it to the NFL. But, if you’re new to college football, you’re going to want to pay attention to the Division 1 schools more often than not.

If you think you’re going to get bored following D1 football or run out of games to watch, don’t worry. With 130 D1 football programs in the NCAA, almost 100 more teams than the NFL’s 32, there’s always going to be a game to watch on Saturday.

Believe it or not, there are some states that don’t feature a D1 football program. Those states are Alaska, Delaware, Maine, Montana, New Hampshire, North Dakota, Rhode Island, South Dakota, and Vermont.

That means that if you live in those areas, and want to follow a team closely, you may have to find a school that isn’t located in your home town to do so.

How Does Conference Alignment Work?

Because there are so many teams, the NCAA’s D1 conference alignment can be a bit tricky to follow. This is especially true when you realize that the conferences aren’t set up with geographical locations in mind.

The Power 5 is the home to 65 college teams, including some of the biggest programs in college football. Schools like Alabama, Clemson, Notre Dame, Ohio State, and Oklahoma are all Power 5 schools.

Some notable Group of 5 schools? Boise State, Cincinnati, and App State. All three schools regularly compete with and even defeat Power 5 teams.

Are the Rules Different Than the NFL?

If you’ve watched a ton of NFL football, you’ll be happy to know that the rules of the college game are almost identical to that of the NFL. With that being said, there are a few minor changes and tweaks to the rules that make college football a bit different.

First, when you look at the field, you’ll realize that the hash marks are painted closer together. This makes it easier for teams to line up the ball, or kick field goals, which is a minor change from the NFL game.

In the NFL game, a player is not down until he is touched by another player on an opposing team. That means that someone could catch a ball, fall down, and get back up and score a touchdown.

In college football, you’re down as soon as you hit the ground. That takes away some of the more exciting plays that you see in the NFL, which is a bit of a bummer.

Other than that, both leagues play 15-minute quarters on the same size fields. So, if you’ve got a good understanding of the NFL game, you should be able to watch and enjoy college football rather easily.

When Can a Player Leave for the NFL?

If you know anything about college football, you know that it’s where 99% of the NFL players that you watch on Sundays come from. After all, the NFL draft is one of the most exciting times of the year, and for good reason, as there are plenty of college players who are NFL-ready.

When can a college football player leave for the NFL? In basketball, it’s after being finished with high school for one year. In football, however, it’s three years removed from finishing high school.

So, a player could declare for the NFL draft after playing his junior season. He could also red shirt his freshman year, and leave as a red shirt sophomore, as again, he’d be three years removed from playing high school ball.

How Does the Ranking System Work?

A lot goes into ranking teams in college football’s Top 25. Things like overall talent and expectations are what create the pre-season Top 25. And as the season begins, it who you beat, and how bad you beat them, that factors into your place on the polls.

Towards the end of the season, the real ranking system will be released: the College Football Playoff rankings. This ranking system determines not only the playoffs but also plays into bowl game selections, too.

There is a committee in charge of deciding who should be ranked where in the playoff. The battle for the top 4 spots is always interesting, as there are usually 2 or 3 teams who are deserving of that coveted 4th spot.

If you ever want to bet on college football, understanding the rankings is key to having success. That, combined with listening to the experts, like the folks over at Doc’s Sports, will help you become a winner.

How Many Teams Are in the Playoff?

What makes those top 4 spots in the College Football Playoff so special? Well, unlike the NFL, which features 14 teams in the playoff, the NCAA only allows 4 teams in.

That means that the battle for those 4 spots is incredibly intense, making all top 10 match ups during the regular season must-see TV for fans.

It’s quite common to see 2 or 3 teams deserving on that final 4th spot, but missing out on it, and thus, missing out on the playoff. This is such an issue that there have been talks about expanding the playoff to include 6 or 8 teams in the future.

What About Bowl Games?

At the end of every season, there are 37 bowl games featuring 74 NCAA D1 teams. To become bowl eligible, a team must win at least 6 of their 12 regular-season games. That essentially means that you need to have a .500 record or better to go bowling, which isn’t too hard to do in college football.

The bowl games are located all across the country, with many having direct tie-ins with certain conferences. That means that it’s common to see teams from two different conferences meet up in the same bowl game each year, which is fun and creates new rivalries.

Breaking Down the Game of College Football

Looking for more gambling tips and tricks? Check back with our blog often for all sorts of useful information that you can use to win big by betting on a certain game.