What are the first things that come to mind when you hear New Orleans? For me, it is: Jazz, Mardi Gras, and Voodoo. Interestingly enough, I was at Mardi Gras over twenty years ago and the Jazz Fest over fifteen years ago, so the only real thing for me to sink my teeth in that is unique to NOLA is Voodoo. That’s why I decided to do a Vodoo Tour and it was amazing.

I know that there are tons of misconceptions about what Voodoo is all about no thanks to Hollywood. So it was time to learn the real info all about this mysterious religion and practice.

I was really hesitant about signing up for any Voodoo tour because with kids, especially with a preschooler, tours of any sort can be really challenging. However, after talking to Mary, owner and main tour guide of Bloody Mary Tours, we decided that the day tour which included a visit to the Cemeteries and then having a voodoo doll workshop would be the best bet for younger kids. 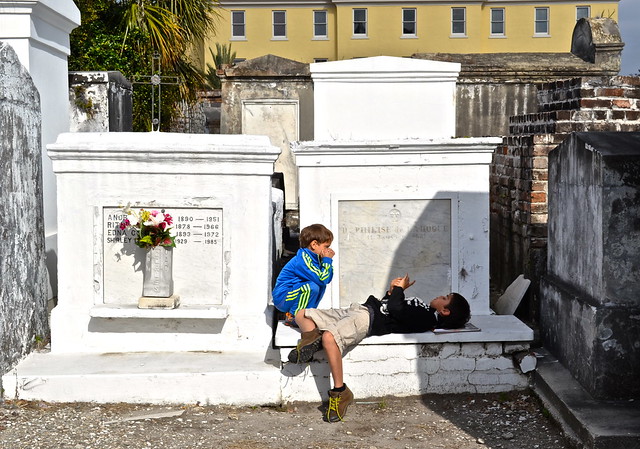 Plus, she has a van. So the kids wouldn’t have to walk too much and whine about how tired they were. 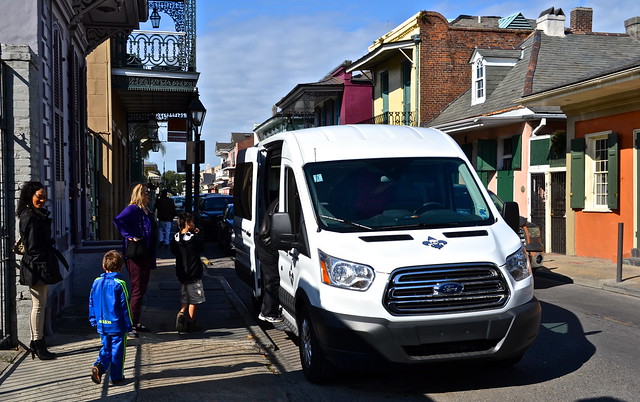 One thing, before I dive into the tour and all that we learned. I want to say, Mary is super knowledgeable and you can tell this is her passion and life. She is the real deal. While doing the tour with her, we got to see a lot of other guides who were dressed as voodoo characters, but listening to them was almost like gibberish. It is important to find guides that you will leave with a good grasp of the history and true understanding. 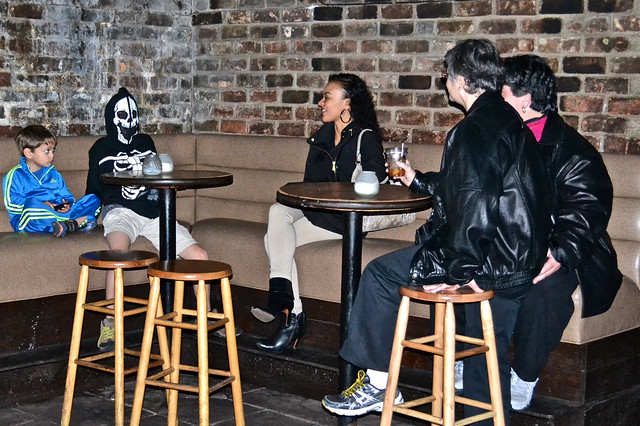 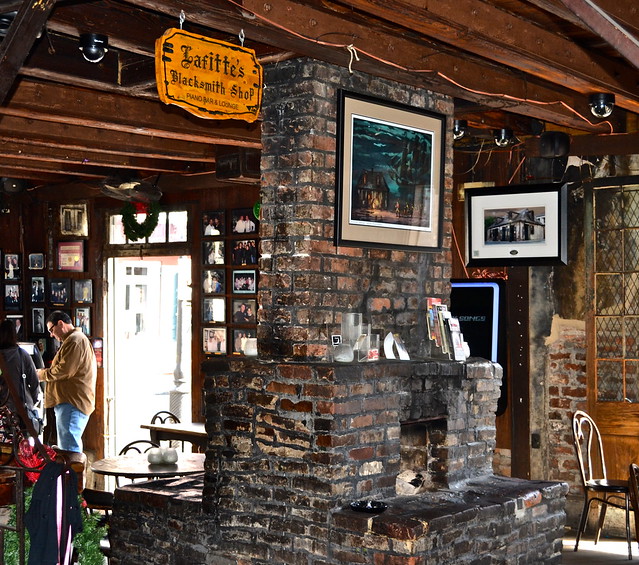 One of our next stops was Saint Louis Cemetery No. 1. I actually had no idea how important the cemeteries in these cities are and that they comprise a huge portion of the tours here.

I highly recommend visiting them with a knowledgeable guide. Otherwise, it’s simply walking around decorated tombstones. 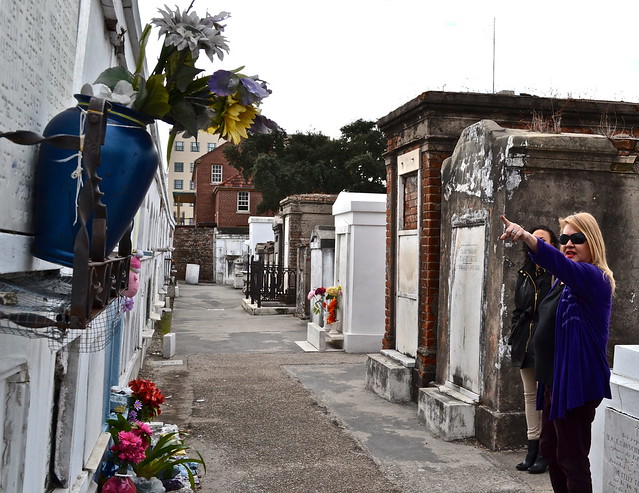 Marie Laveau The Voodoo Queen was buried in St. Louis Cemetery No. 1 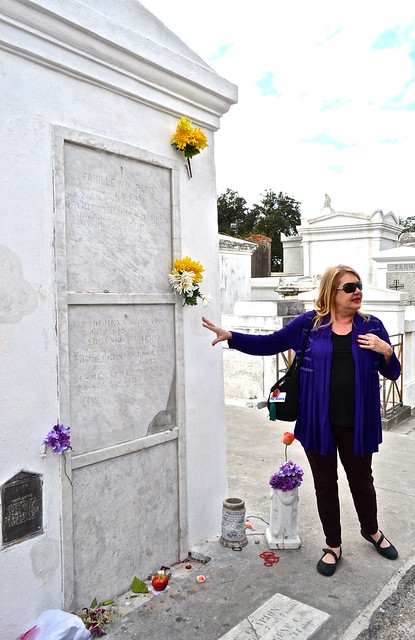 The last stop on our trip was Armstrong Park. This is where we got to do our voodoo dolls. 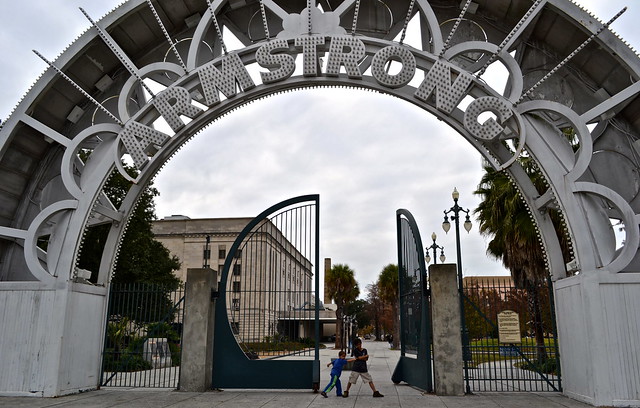 Here’s a quick fun fact about Armstrong Park. Congo Square which is found in the heart of the park was where the slaves back in the 19th century used to come to sing, dance, and drum in authentic African style. This became the roots of New Orleans’ unique music traditions and Jazz. 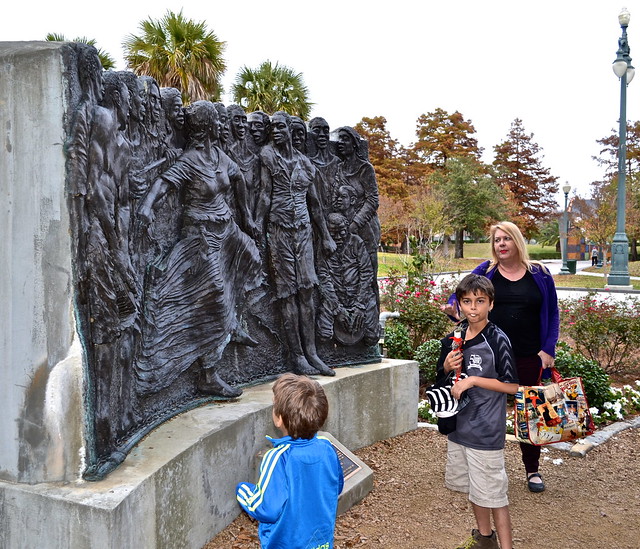 The fun starts here – well mainly for the kids. Even though my boys were amazing, the tour was a bit long for them. So making voodoo dolls was truly the reward. 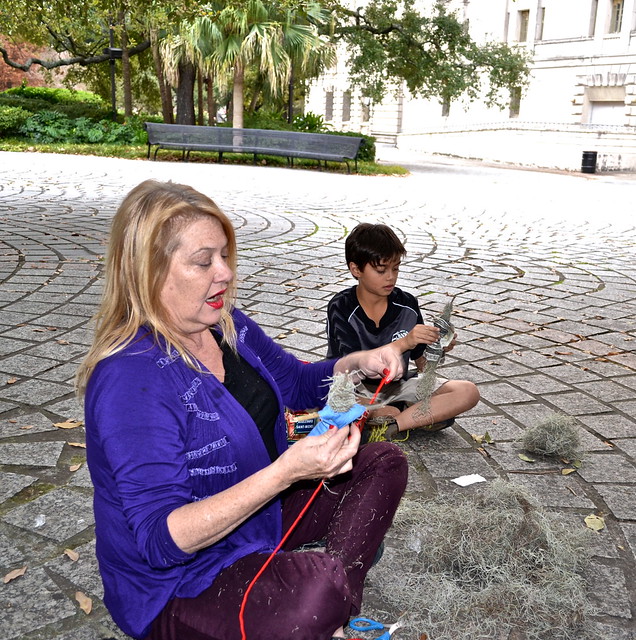 In the end, Mary blessed the dolls for us. 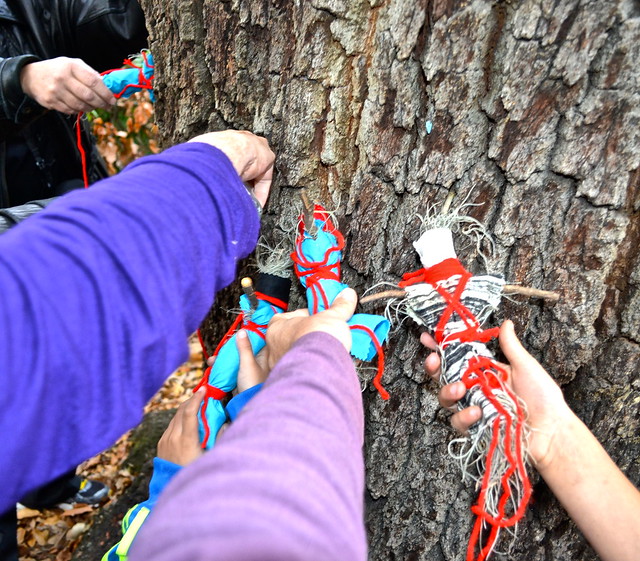 A brief history of Louisiana Voodoo:

NOTE: The tours that don’t have hours on them are only by appointment.

Tour of the Undead – Ghost, Voodoo & Vampire Trilogy Meets us in a haunted pub, visit historic sites, learn of sinners & saints, and see an 1800’s vampire lair while you Experience insight into New Orleans Spirit World, all in an incredible alternative historic presentation. This intense macabre marriage of real horrors, fear & folklore is swaddled in a blanket of Voodoo – A mixture of storytelling, narrative &  ceremony topped with paranormal technique. Bring cameras for ghost photos. This tour has a little of everything!

Haunted Pub Tour- 21 & up!  – Enjoy the New Orleans Original Scandal Tour in the Original Sin City with a paranormal twist! Begin with a toast to the ghost at our oldest haunted bar. Visit 3+ other bars in restaurants, hotels, & sometimes even a former brothel. See many haunted & historic hot spots in between. Bring your cameras for paranormal pictures of our sordid past & present.  Corruption, conspiracy, scandals, Burlesque, prostitution & pirates, assassination plots, Mafia Kingfish, murder, and more. Plots and plans of  Patriots & Pirates,  Politicians & Presidents, Prostitutes, and the many pubs and locations they sealed their deals at. Connect with the Spirits of New Orleans in a Phantasmic Cocktail Walking Tour where History is first, ghosts 2nd & drinking is 3rd on the list!

New Orleans only evening Cemetery tour – A haunting experience. Gravestones and Ghosts await as we wander inside two cemeteries and see up to 10 more. See eclectic burial styles revealing the evolution of multicultural influences behind the building of these legendary cities of the dead. Learn Bloody Mary’s Spirit–taught holistic field method of Paranormal Investigation. Open your 3rd eye as we wander Cities of the Dead. This tour meets at Beachcorner bar 4905 Canal St. This is NOT walkable from French Quarter

Take a trip through the lives of sinners and saints and see how they worked together to create America’s most mystical city. Get to the root of New Orleans’s most talked about the controversy: Voodoo and her most enigmatic leader, Voodoo Queen Marie Laveau. Walk inside New Orleans’s oldest Cities of the Dead, and possibly 1 bonus cemetery, sit under an ancient Oak tree in the sacred site of Congo Square- Drive through the history of the Treme and French quarter on the way. And see what’s become of Storyville- America’s first legal red light district, learn of some special Saints at the old Mortuary Chapel, and St Augustine Church Plus Get a Spiritual blessing at the tomb of The Voodoo Queen. A behind-the-scenes, insiders look into our special blend of Catholicism, Voodoo, and Hoodoo plus a detailed history of life and death in New Orleans. Hands on-You can make & keep your Own Voodoo Doll too!

Tour the town with an unusual edge– see the city proper, plus the outskirts rarely visited by tourists-see the real New Orleans. Visit forgotten cemeteries, ancient oaks, Native American sacred sites, voodoo altars, the most famous haunted houses, and the more obscure in this behind-the-scenes tour. Visit 4  neighborhoods, cemeteries, City Park haunted Oaks plus psychic and paranormal connections on a Ghost hunt  with a splash of voodoo, we go inside and out of many locations as we tour through the city to find them

Visit a Mortuary Chapel, a Minor Basilica, an old Archbishop’s church, and perhaps even a Baroque Cathedral. Greet our newest saints — Francis Seelos and Henriette Delille plus our 1st American saint— St. Frances Cabrini, all here in New Orleans! Learn about America’s only Spanish Inquisition scare. Freemasons, brothels, Storyville madams & politicians abound. Our night-time version visits outside Voodoo Queen Marie Laveau’s home and churches, but daytime goes inside churches and Cemeteries or can include a Garden District Witching Hour all customized. By appointment (day or night version available)

A behind-the-scenes glimpse into a Light-workers life, stirring old-school magic with a New Age offering- and So come learn cultural folk traditions, see our cities of the dead and visit City Park’s magical oaks & bayous. Learn how to make and use a voodoo doll! Walkabout sacred sites, cemeteries, voodoo altars, haunted sites and break bread with the undead, and open the Gates to the spirit of Place and a ceremonial Voodoo bayou blessing too!

Hands-on crafting of a New Orleans Moss Voodoo Doll. Learn the proper use from Voodoo Queen Bloody Mary. There is also a lecture on the history, use, and misuse of this magical icon! Materials included. Can be scheduled privately or publicly as part of our voodoo/cem tour or as part of psychic readings

Hoodoo dat Voodoo? You do! Open your third eye and explore sacred sites, magical rites, psychic messages, and traiteur healings through the night—get a gris-gris bag, dab on some love potion #9, and get your own lucky mojo going!! Travel to historic New Orleans Voodoo Landmarks, do a River ritual, and/or schedule this all inside my private voodoo Houmfo.

Bloody Mary awaits you to wine, dine, and raise a toast to the ghost! Sup at one of our many haunted restaurants to explore spirits and Creole cuisine or even go on a haunted picnic! Share ghost stories and photos and go on a haunting journey of old New Orleans. Can Include spiritual ceremony or psychic connections — A customized paranormal night out. Appointment

Adventure in theory and practice! While away the hours privately in a haunted parlor or French Quarter courtyard connecting with spirits. Unlock the door to your psychic potential and explore with a seance, automatic writing, folk magic, past lives, spirit guides, spiritual beliefs & explore Haunted sites  Appointment