How fun, chaotic and slightly expensive a visit to a Mayan Deity in Santiago Atitlan.Learn all about Maximon Guatemala.

Well, it’s a really thwarted icon actually, and not one that I fully understand. He loves good rum (but is quite pleased with “Venado” cheap brand), loves cigars, and dressing in colorful scarfs and cowboy hats. Maximon is throwback to a Mayan god- he’s an indigenous representation of Saint Peter – he’s a deification of Pedro de Alvarado (a conquistador who brought Guatemala into the Spanish empire and made it nominally Catholic). 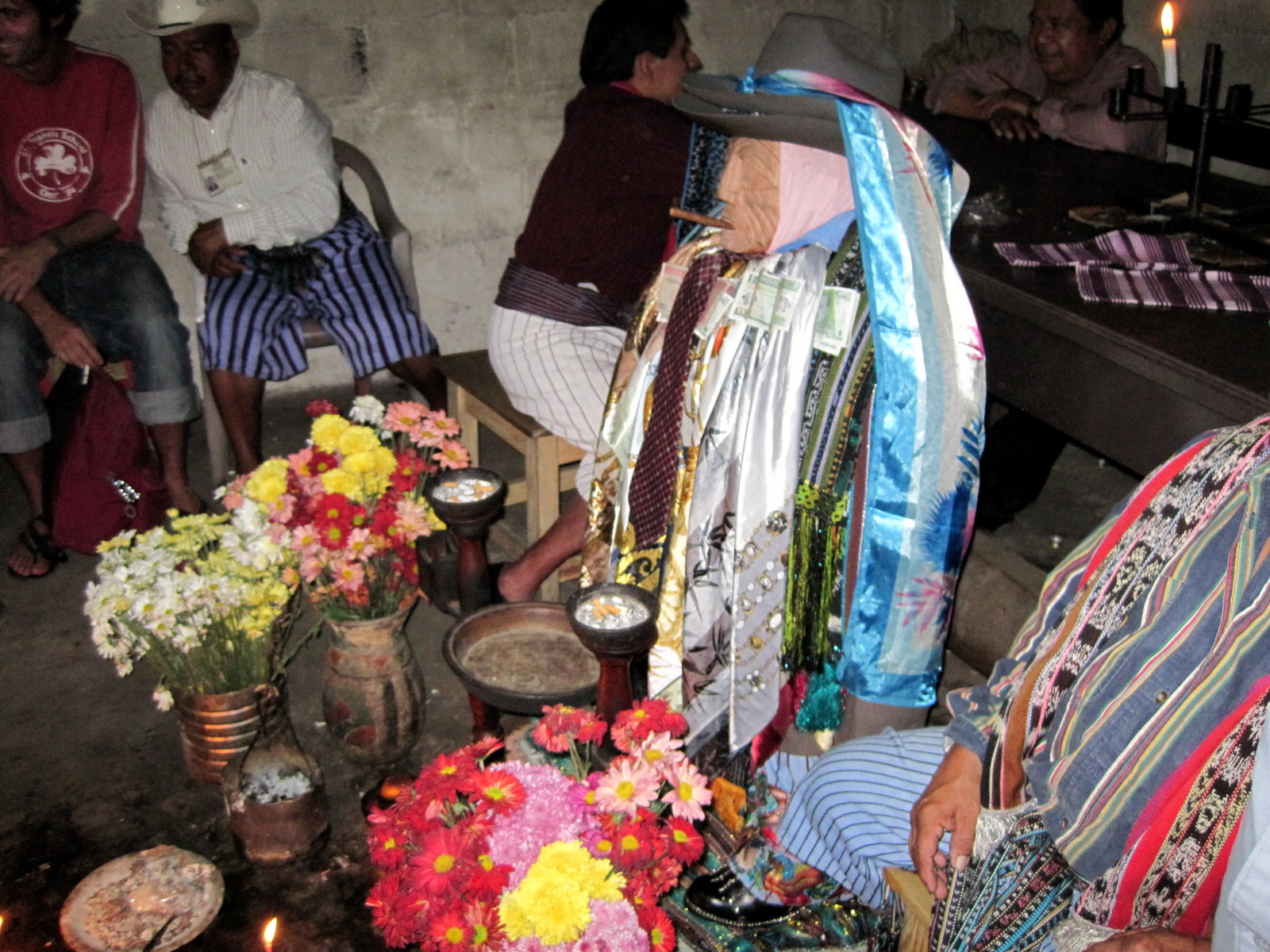 Yet I have to say, there was nothing at all religious about our experience. After we hopped off the pickup that charged 10 quetzals for all of us, very reasonable, we were led through a dirt pathway to some beat-up shack.

No native women were permitted inside and sat on very uncomfortable cement curbs and blocks outside. By the looks of their reaction, they were there all day while their men inside were having a ball.

We entered and were told again that we have to pay. This has nothing to do with our guide, who so far has said nothing at all, but at least he got us here. It was 10 quetzal each since I only had 100 quetzals and there was 4 of us, I ended up not getting any change back. 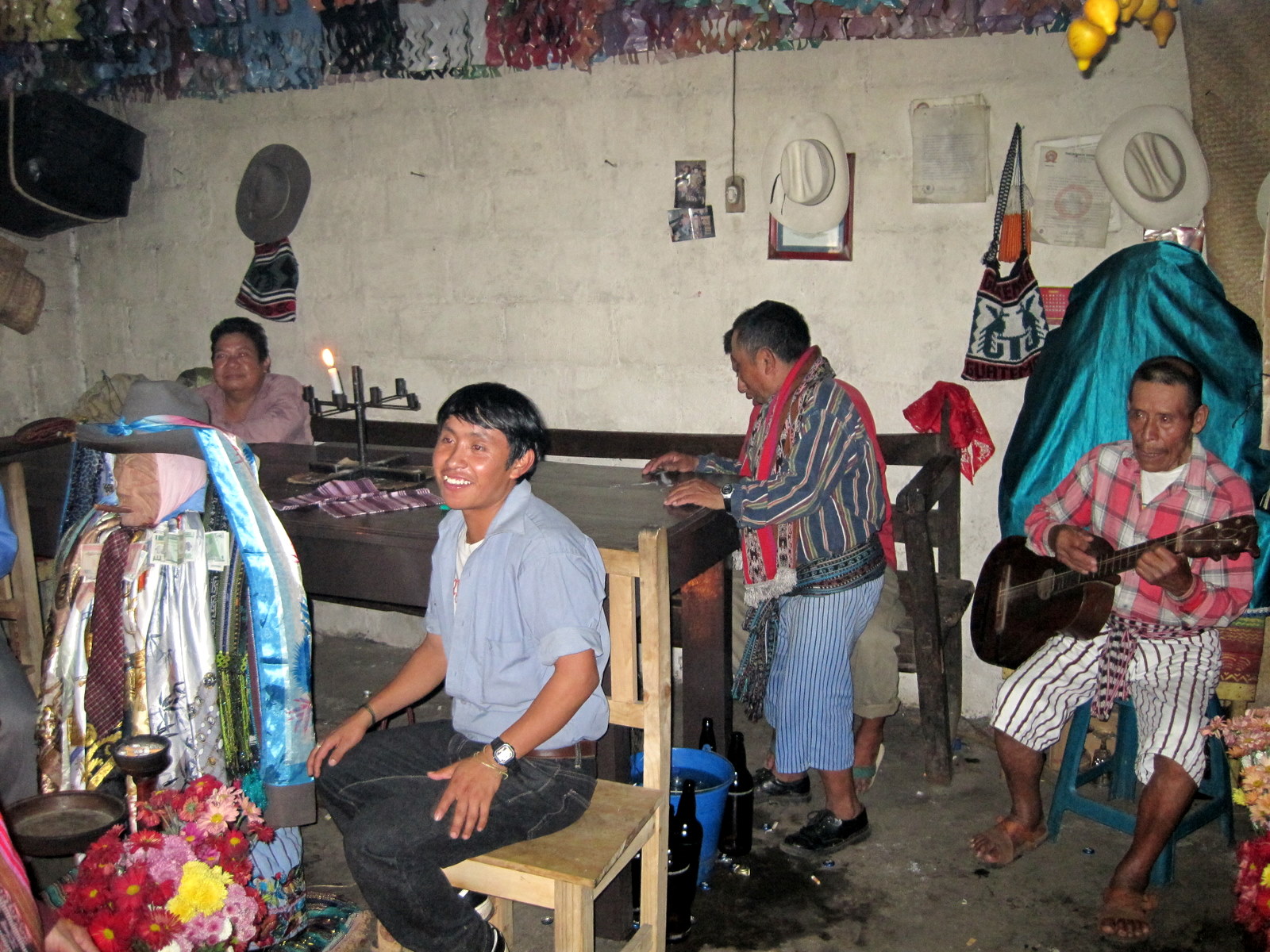 Because the little man who hovered over me so closely, that I got drunk just from his breath, took it bowed a few times and smiled. Apparently, this would not only cover the entrance fees but also allowed us to take a multitude of photos!

All the while, there wasn’t a peaceful moment in the room with the shaman-like men dancing, bartering, and requesting money for every wink of an eye and every movement. If it wasn’t so entertaining and chaotic, it would be highway robbery. But trust me, this is a once in a lifetime experience and so far worth every single penny!

The icon itself is moved every year from one home to another around the village. It’s usually done by a huge ceremonial parade and the people who get to house this ‘religious’ doll are honored. Of course, they are, they become so wealthy and so drunk, they should be grateful. 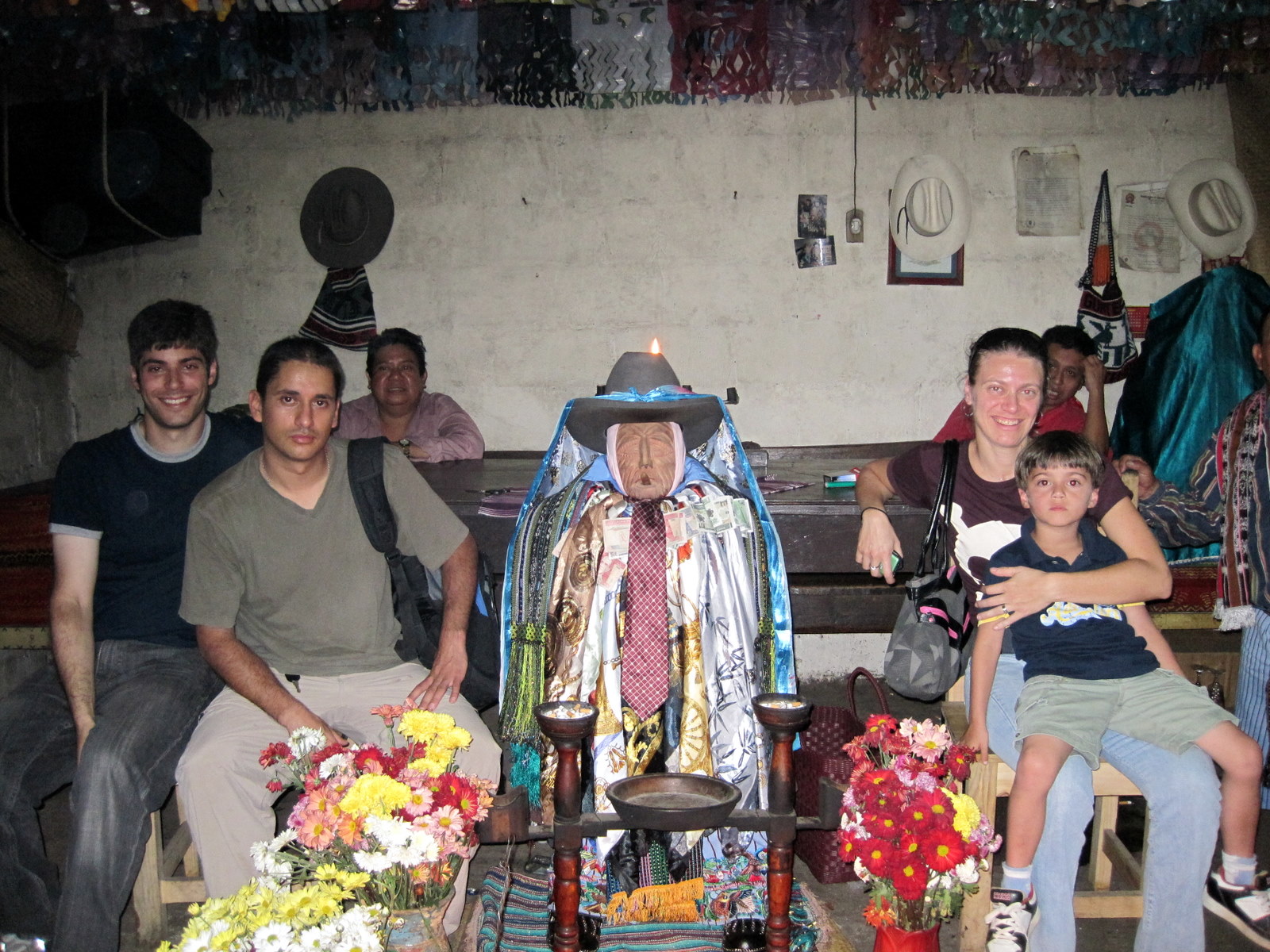 At the end we were scooted back on a pick-up and driven back to town, all in one chaotic mess when we were still trying to figure out what the whole Maximon thing is all about.

Right as we were about to part with our quiet, but directive guide, our boat captain miraculously appeared at our side. So I decided it was time to go and took out the 10 Quetzal, the guide told us in the beginning, only to find out now it’s gone up to 100!

How does that happen? I mean 10 q is low, and we knew that, but without any warning and after another 120 q spent on the actual Maximon activity itself the price skyrocketed. 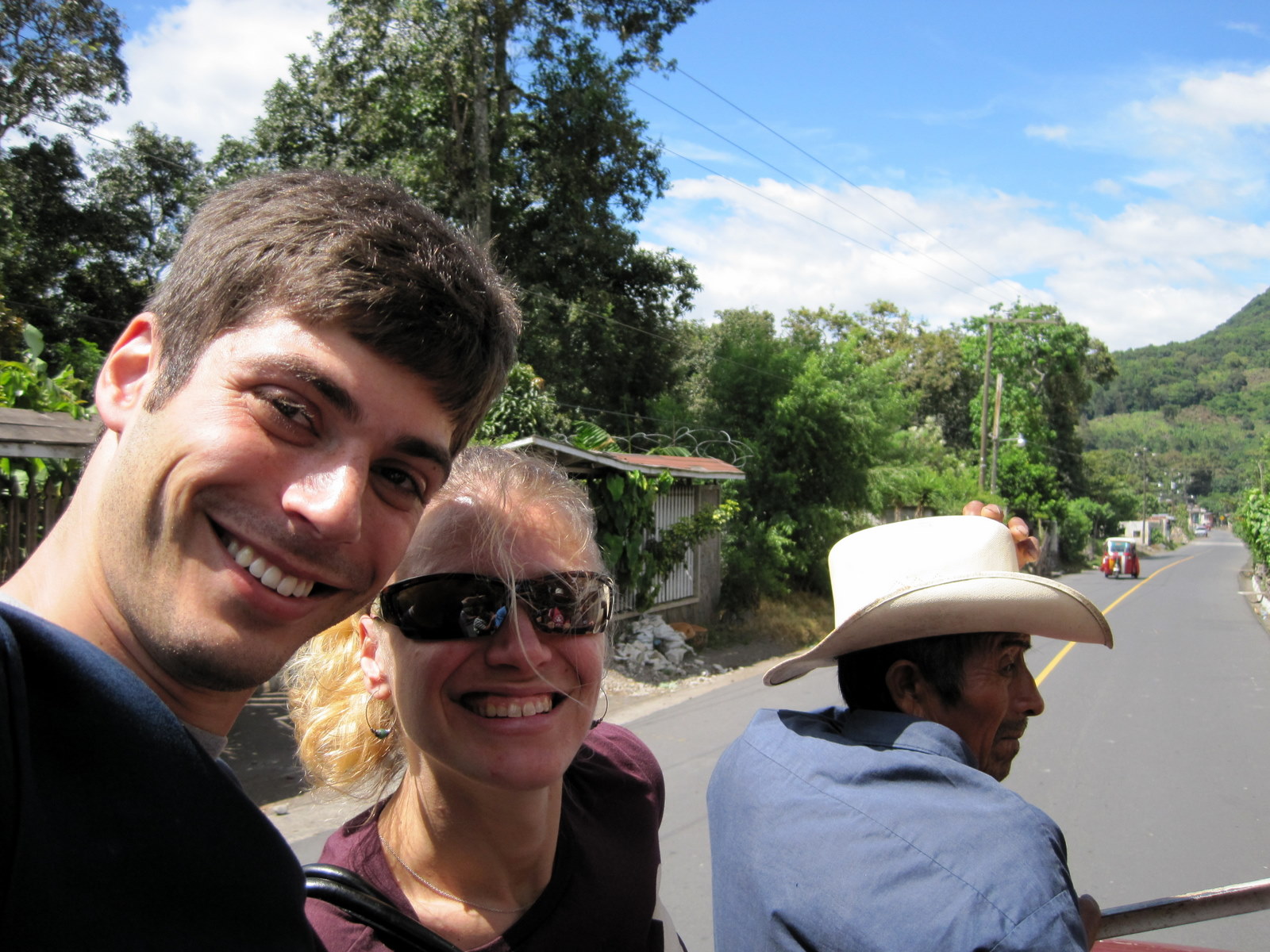 For sure we weren’t paying that and managed to bargain down to 50q which he took happily. As we started walking towards the boat, our captain started telling the guide to give him half! The chaos never ends!

The little man, humbly but effectively, folded up his money and walked away!

And I’ll say this again, this is an experience NOT TO EVER BE MISSED! 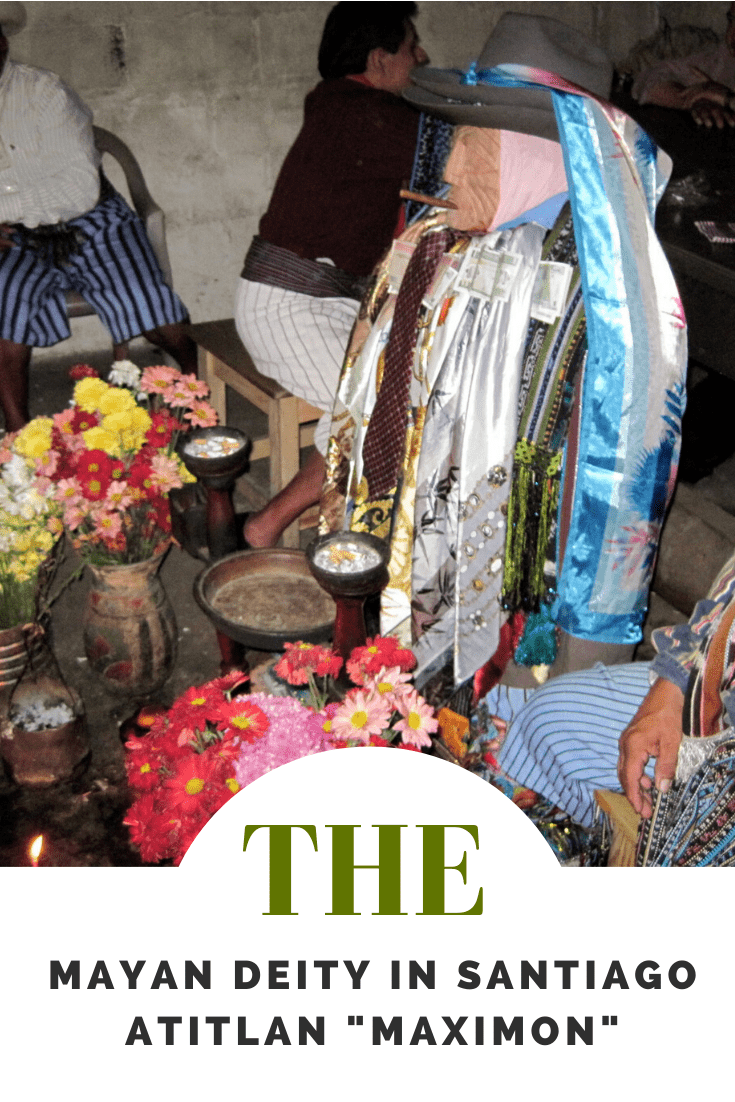