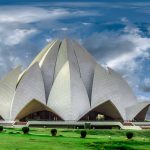 With the advent of migration towards urban settlements, sometimes we lose an important aspect of their lives – the connection with nature. There is nothing as relaxing as a stroll in a forest, amidst a tranquil, serene atmosphere. Five of the best hill stations that you can visit near the city of Delhi. Take a look at this blog post to learn all about visit India.

Unfortunately, most of us have been so preoccupied with our jobs and careers, that the inherent connection we have with nature has been buried within ourselves. This is where hill stations come to use.

Few vacations are as refreshing as one to a hill station. If you’re based out of Delhi, you have a great opportunity – some of the most picturesque hill stations in India are at an accessible distance from the capital city. 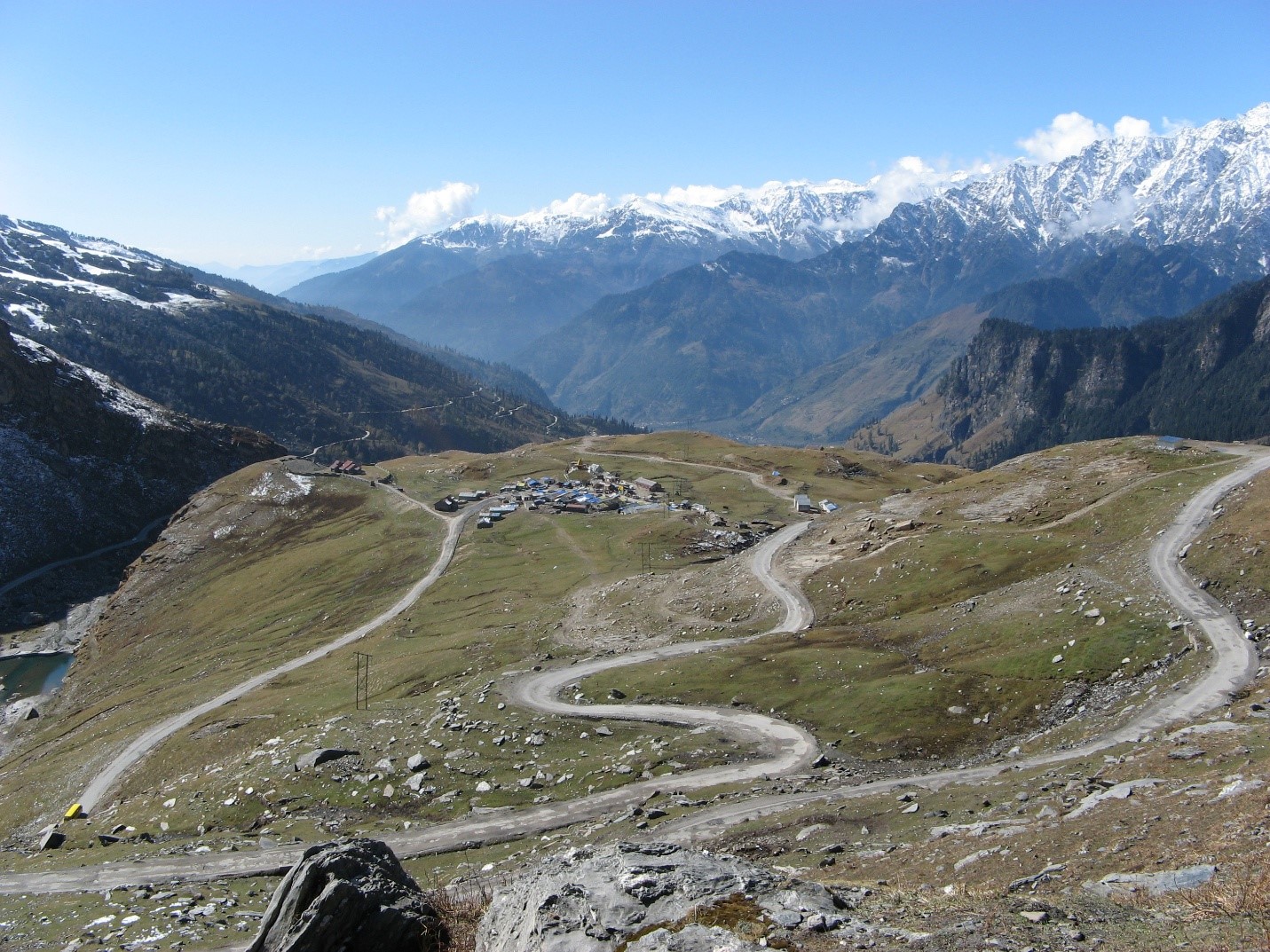 One of the best hill stations in India, Manali is around 500 km from Delhi. A breathtakingly beautiful town located near the northern end of the Kullu Valley in Himachal Pradesh, Manali is well worth a visit. The easiest travel option would be to book Delhi to Manali cabs.

The town is known for its snow-covered mountains, scenic beauty, history, and culture. It is also a favored destination for honeymooners, and even adventure junkies- adventure sports like skiing, hiking, mountaineering, paragliding, rafting, and kayaking are all available in the town. Some of the more famous tourist destinations in Manali include Solang Valley, Rohtang Pass, Hidimba Temple, Bhrigu Lake, and Buddhist Monasteries. 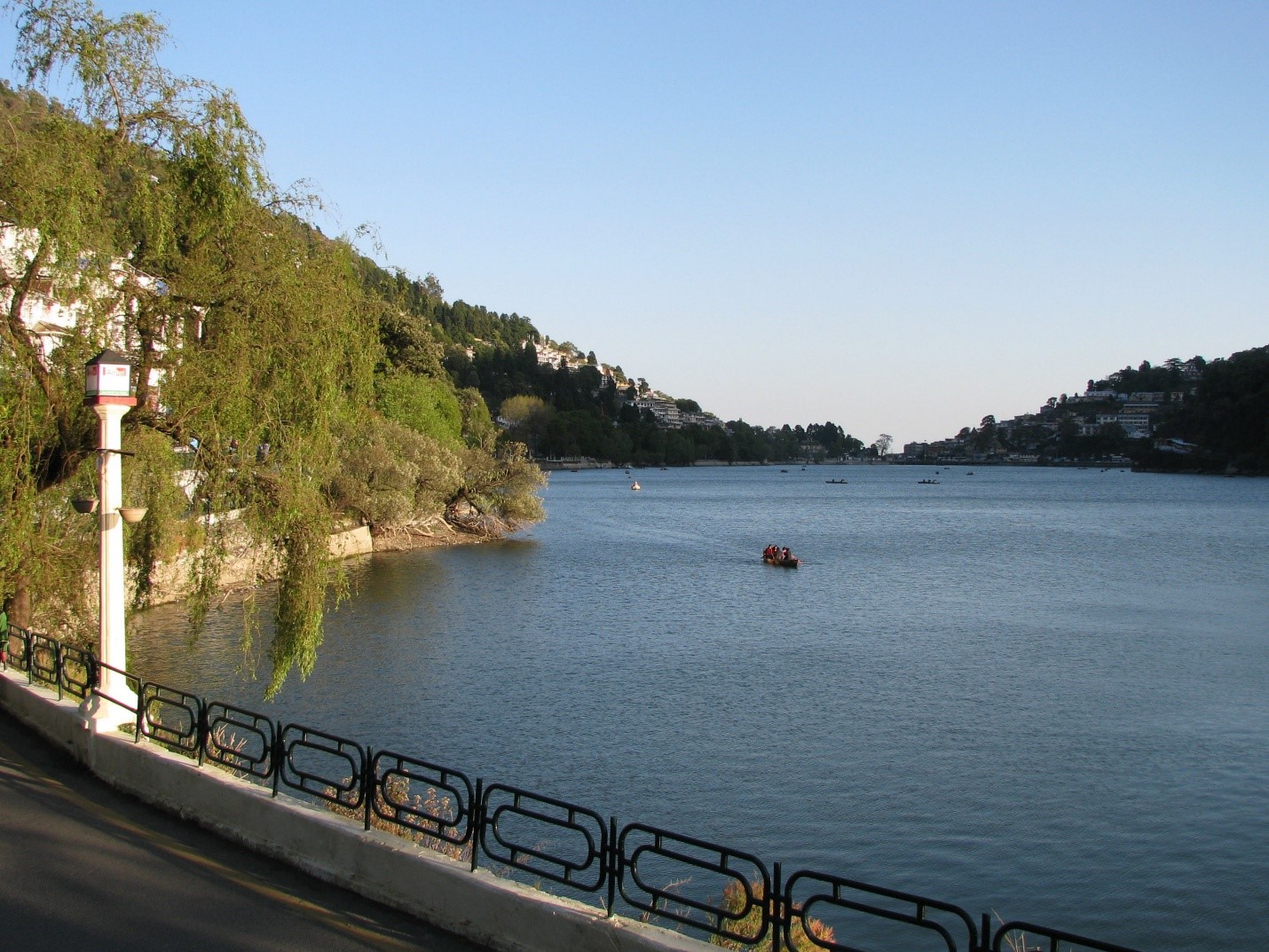 Closer to Delhi, at a distance of around 300 km, lies another beautiful hill station – Nainital. Commonly known as the ‘Lake District’ of India, Nainital is also known for its breathtakingly beautiful scenery. The town itself is surrounded by mountains on three sides, and the Naini Lake on the other side. Some of the most visited tourist destinations in Nainital include Naina Peak, Naina Devi Temple, Raj Bhavan, High Altitude Zoo and Sattal.

Recommended Read: 6 Family-Friendly Things to Do in Kerala, India 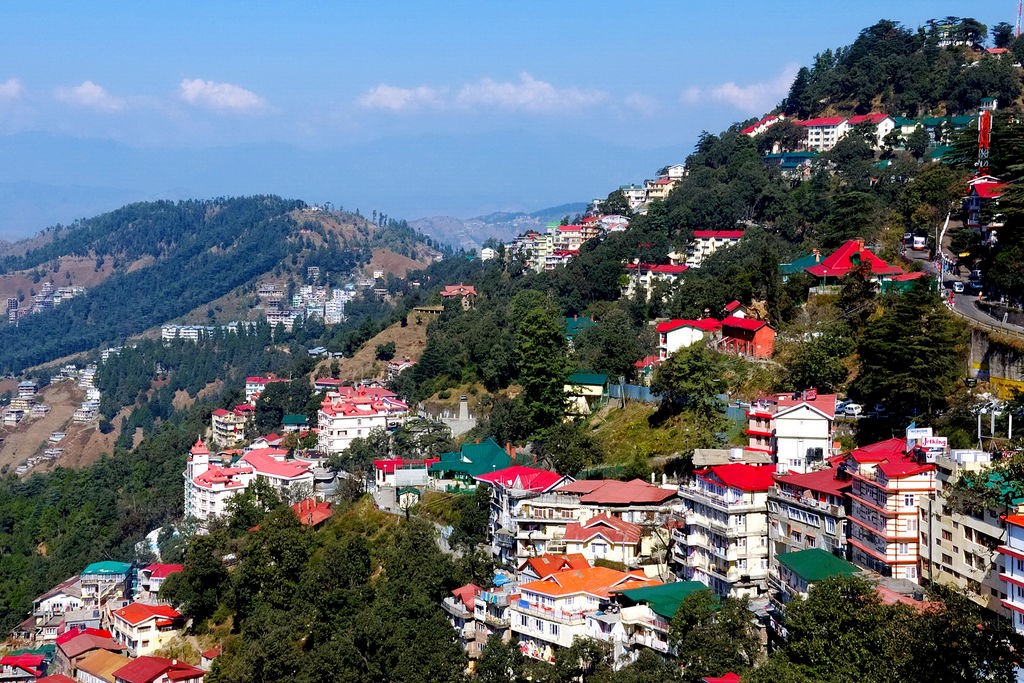 Shimla, the capital of Himachal Pradesh is a beautiful hill station lying at a distance of 350 km from Delhi. A taxi from Delhi to Shimla is one of the most convenient ways to reach Shimla.

Shimla can be visited at any time, with a pleasant climate all throughout the year. The surrounding valleys are full of blooming flowers in the spring, whereas, during winter, visitors experience the crisp cold snow in Shimla. Some of the main tourist destinations in Shimla include Annandale, Christ Church, The Mall, The Ridge and Jakhu Temple. 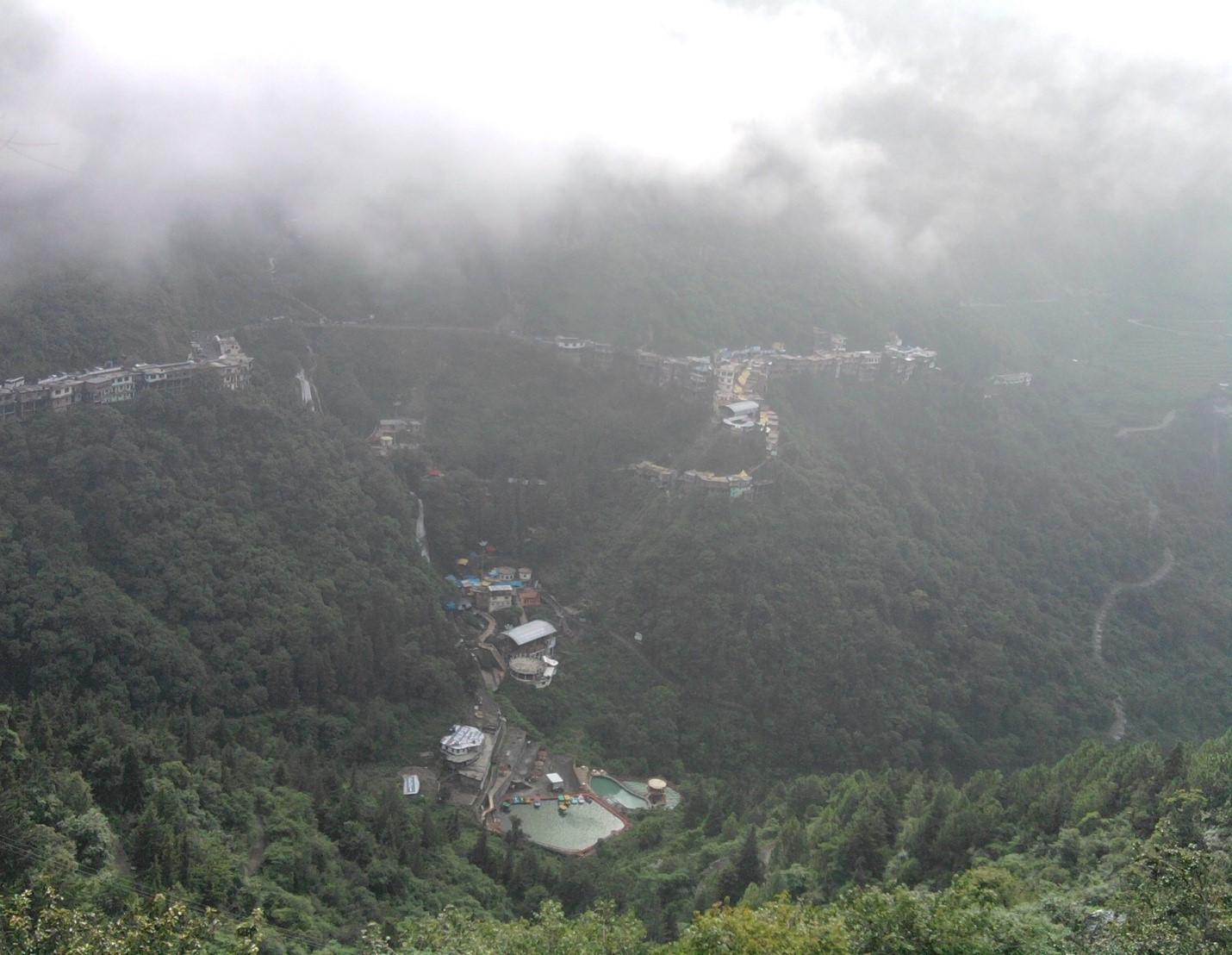 Located at a distance of 280 km from Delhi lies Mussoorie, another popular hill station in Uttarakhand. The town is so popular among tourists because the commanding views it offers, of the surrounding Doon Valley and the magnificent Himalayas, are stunningly beautiful.

The town is also the gateway to Gangotri and Yamunotri, the origin of two of the holiest rivers in India. Some popular tourist destinations in Mussoorie include Kempty Falls, Gun Hill, Jharipani Falls, and Mall Road. 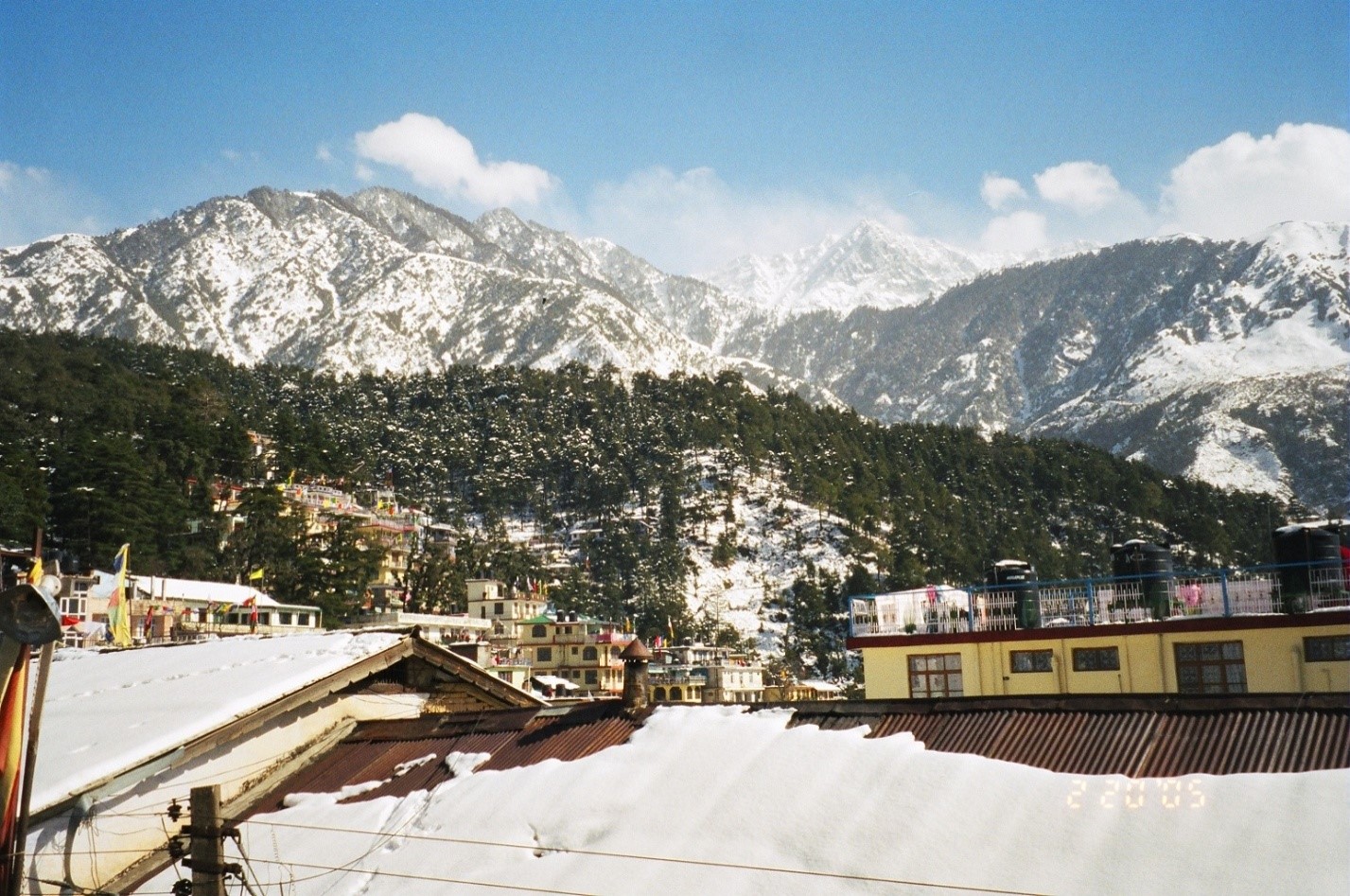 Popularly known as the Hippie’s Paradise, McLeodganj is a quaint hill station located in Himachal Pradesh, near Dharamshala. The town became the official residence of the fourteenth Dalai Lama a few decades ago.

Today it is also known as Little Lhasa, because of the sizeable Tibetan population in the town. McLeodganj is famous for its Tibetan institutions, Buddhist Monasteries, culture, art and crafts. Some popular tourist spots include Dharamkot, Bhagsu, Triund, Dal Lake and Gaggal.

There are many other hill stations worth exploring near Delhi, so a true travel lover will never be bored on the weekends. So what are you waiting for? Rent a car in Delhi, visit a Northeast hill station, and enjoy a relaxing break!

2 thoughts on “5 Hill Stations Near Delhi, India to Visit”