Mio Vino Restaurant in Malaga: A Must Visit Flamenco Experience 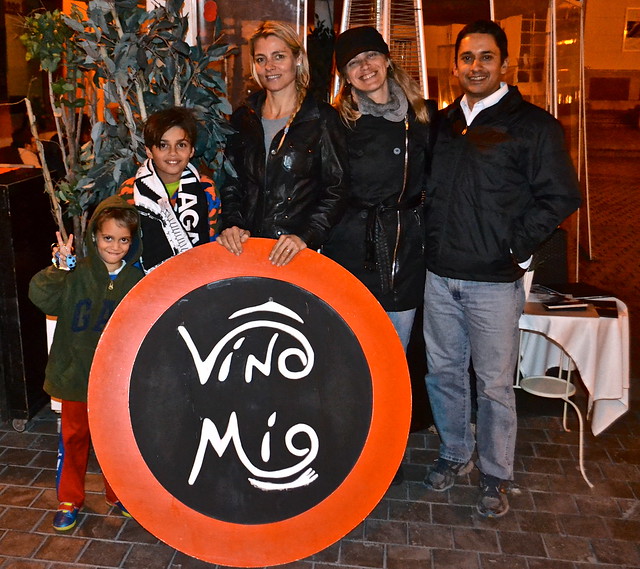 Went looking for some Flamenco instead and found so much more.

When searching for unique and fun restaurants during our trip to Malaga, Spain, I instantly gravitated to restaurants with Flamenco.  Spain is the birthplace of this passionate art and Malaga is so close to Granada, where it all started, I figured this will be a great place to find typical Spanish food and a show. That’s how I stumbled on to Restaurante Vino Mio. 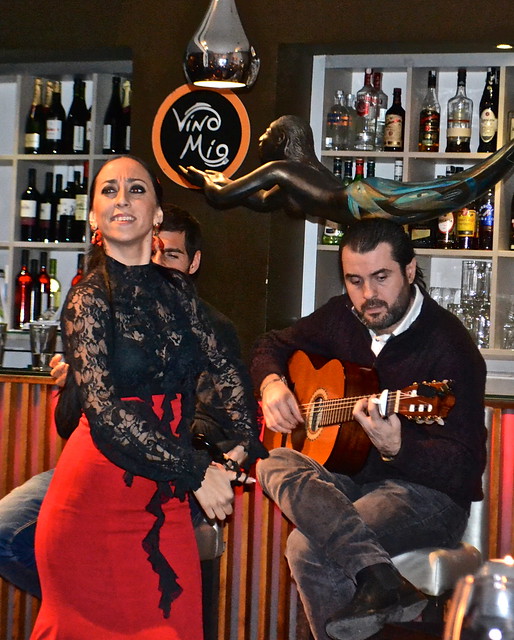 My family and I were in for a huge surprise.

Vino Mio Restaurant is More of an Experience Than Just Dining

We arrived about thirty minutes before the Flamenco show was to begin. I timed it so that we would have a chance to enjoy the food and then sink deep into the seats to enjoy the show. 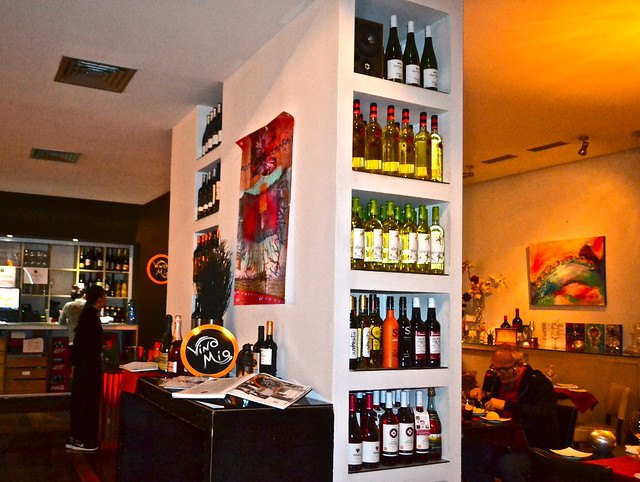 One thing that immediately struck me was the menu certainly had some Spanish roots, but the dishes were completely different than anything I’ve ever seen or tasted. And I loved that!

By the time we made it to Vino Mio we’d been in Spain for two weeks. I made the reservations for this restaurant a month in advance (I’m a huge planner). In other words, we’ve had our share of tasting Spanish food such as Tapas, Paella, Tortilla Española, and other dishes. Don’t get me wrong, they were really tasty, but I was definitely ready for new flavors. And this was the place to give them to me.

While reviewing the menu, a beautiful blonde woman came over and started chatting with us. She is one of those people that truly loves life and is surrounded by positive energy. It turns out she’s the owner of this restaurant. After talking for a few minutes we had an instant click and she joined us for a good portion of our dinner. 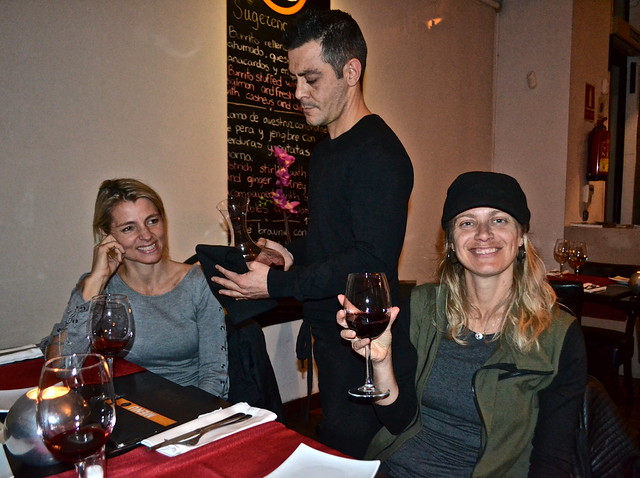 Now, reading the menu items it all made sense. Hélène, the owner, has known she wanted to have her own restaurant since she first set foot into a restaurant as a waitress when she was 16 years old in her homeland – Holland.

It took her many years of traveling around the world working in all different kitchens serving different cuisines that she finally founded Vino Mio in 2003 with the intention of inventing dishes that can be an eclectic mix of all the different countries and places she worked.

Hélène and her head chef, Simon Robson, have done just that. With his culinary arts speciality and Hélène’s worldly tastes the food here is literally exploding with flavor. 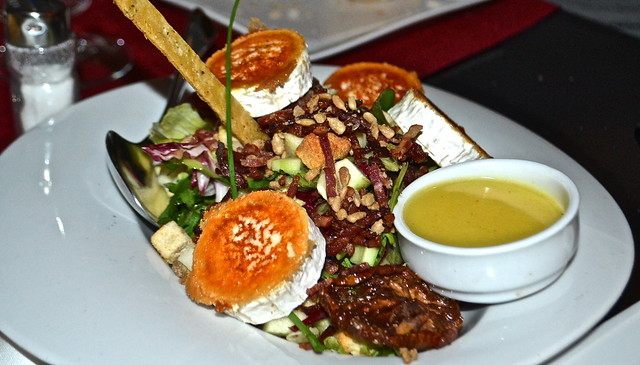 And it was even more appropriate to have such a passionate dance as part of their every day thing. The Flamenco show wasn’t what we expected either. We saw a couple of presentations in Madrid, but it was literally a show on stage. The Flamenco at Vino Mio was part of the restaurant, more interactive if anything else.

The main dancer even gets the audience involved. I had a blast seeing my oldest boy get into the act. Never hurts to learn a few moves. 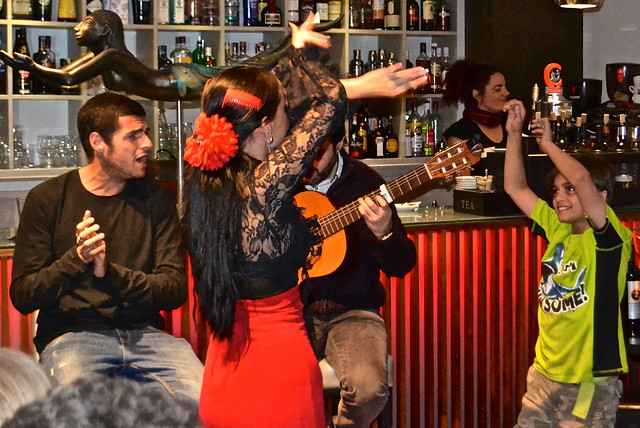 Ready to Make Your Mouth Water?

Here’s a sneak peak at some of the dishes we had. But to really live it, you must go there for yourself. 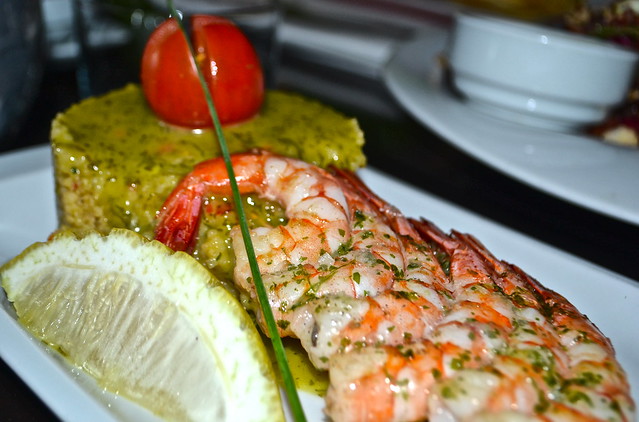 Boda Árabe – The actual translation of this is Arab wedding. A warm couscous salad with fresh vegetables and raisins, decorated with a skewer of king prawns, griddled vegetables and a gren herb and garlic dressing. 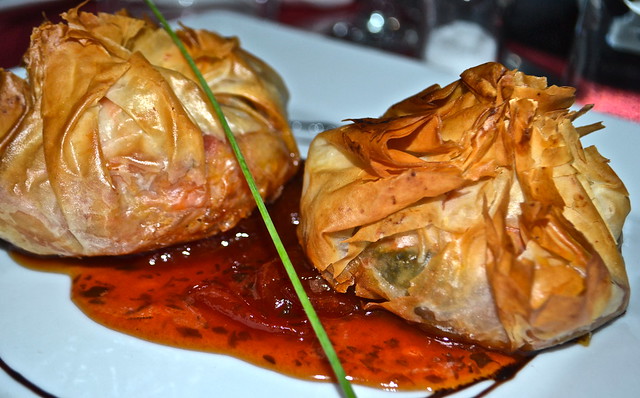 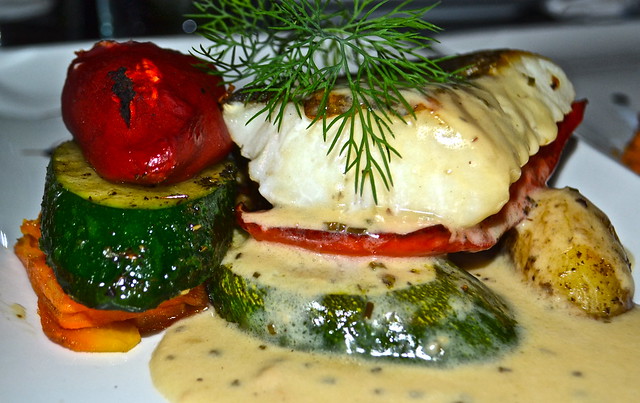 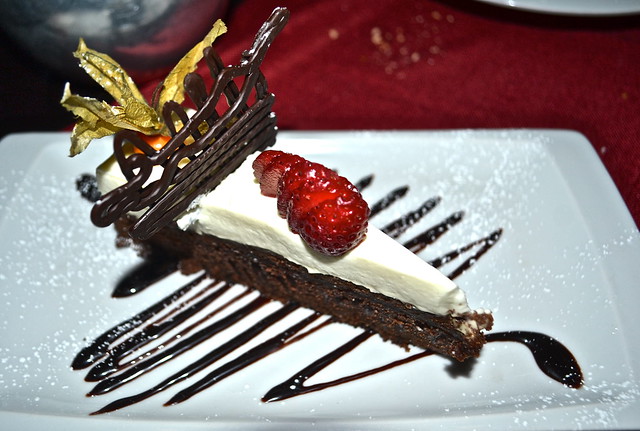 Guinness Cake – the cake is made from Guinness and chocolate. I’m not a chocolate lover, but the unique flavor of it really makes it different 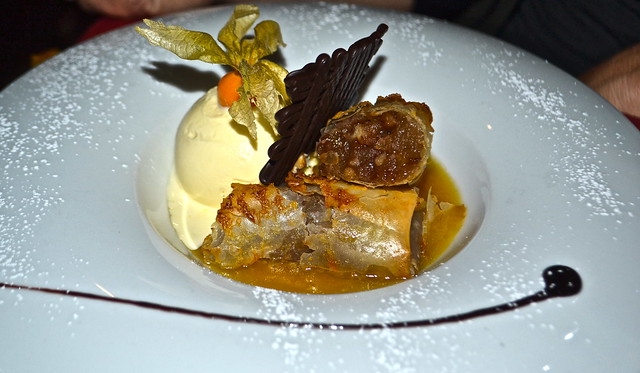 Kid’s Menu – Not the Usual Fare 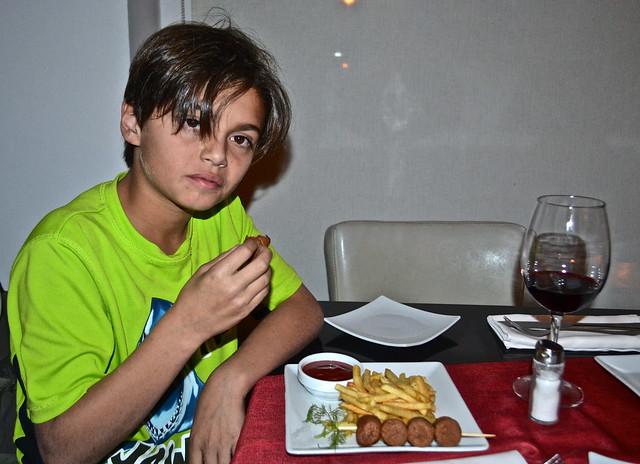 Holland Sausages with a bit of spice and fries 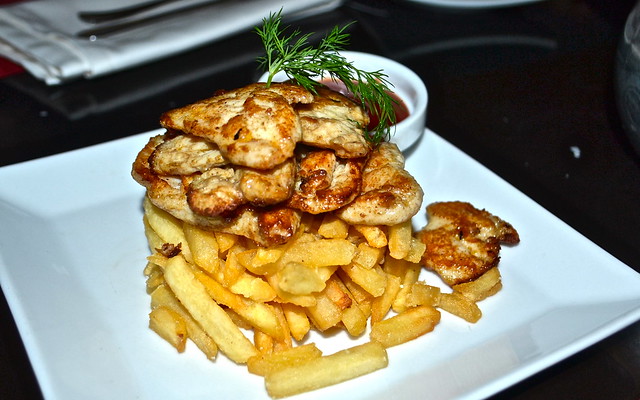