Today, I’m going to be talking about treating yourself right and going out to a high-end cocktail lounge. I live in Antigua, Guatemala. Guatemala, interestingly enough, is known for one of the best rums in the world, the Zacapa Rum. They have a cocktail lounge in Antigua, called La Casa del Ron, and here is my full review experience.

I don’t know if you guys have heard of it, but if you know anything at all about rum, you sure will know right away. Zacapa is one of the best rums in the country. Actually, they have some expensive rums around, a hundred dollars for a bottle.

It is very high-end, it is one of the most respected rums in the world.

One of my favorite things about Zacapa is that they have those bars or lounges, and it’s really high-end. They have two or three of these cocktail lounges in Guatemala and one of them is in Antigua.

I’m not going to lie to you. Guatemala is a narco economy. We all know it. And if you’re pretending that it’s not true, it’s a lie. It’s a normal thing. 80% of the economy here somehow revolves around narco. If you don’t know what narco is or watch Narcos on Netflix, and you’ll get a pretty good idea of what that is, basically drug lording, the whole thing.

And I’m married to Guatemala. So every time we used to pass this Casa del Ron, this beautiful lounge, or it’s also a restaurant, I used to say, I really want to go there, and my husband is like, oh, no, it’s just a bunch of Narcos, a bunch of these Cowboys, blah, blah, blah. Because it’s just limiting belief of anything that’s super high end that it’s automatically only visited by the Narcos.

Finally, I convinced him, let’s go during a weekday when there’s nobody really there, right? Because on weekends, it gets packed. 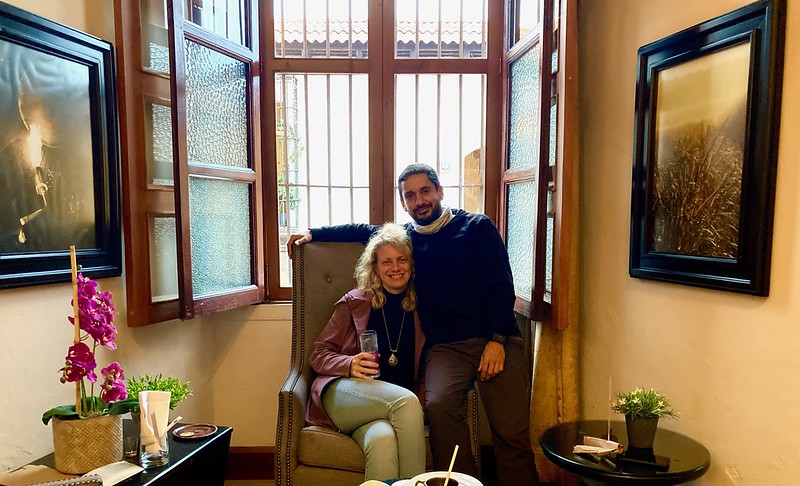 He loved it. It was such an incredible experience. First, the service is top-notch. It is one of the best services we have ever had. So of course, if you are going to be in Casa Del Ron, the rum they serve is usually of the highest quality.

Here they have this amazing menu of all these different kinds of cocktails, all infused with rum. We ended up ordering two different cocktails. My husband got one for himself, and I personally enjoy a really sweet kind of cocktails and one for me.

I have never tasted anything so tasty, so fluid. Like, it had almost silky flavors. It was fantastic. Then we also ordered some munchies. 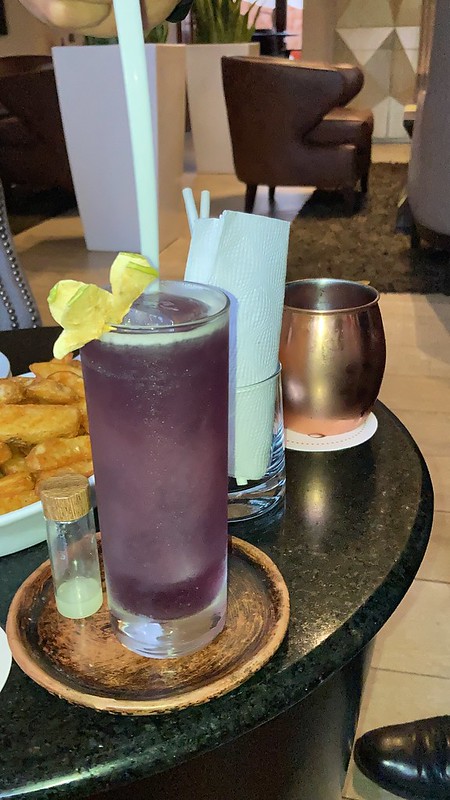 We didn’t want to actually eat the meals Because we are vegans and vegetarians and the majority of the meals, like the main meals or the hot dishes, were all meat based, except where they have this one French fries, but it’s more of, like, home fries with this truffle sauce and whatnot it’s like, okay. It’s the only thing that we can really eat. And it was heavenly.

Absolutely heavenly. So there’s a reason why it’s called the high-end bar, I guess it’s not really a bar. It’s more like a lounge restaurant, because just the price alone is more expensive than the regular meal at any other restaurant. But again, really worth it. So worth it.

And then we have to, of course, top it off with a dessert. So every single dessert had the Zacapa rum somehow infused into it. We got the crème brûlée, and then at the end, they put this bit of a cup of gold that actually had gold flakes on it on top of it. I mean, the whole thing, it’s not just, like, going and eating. It’s a full on experience. 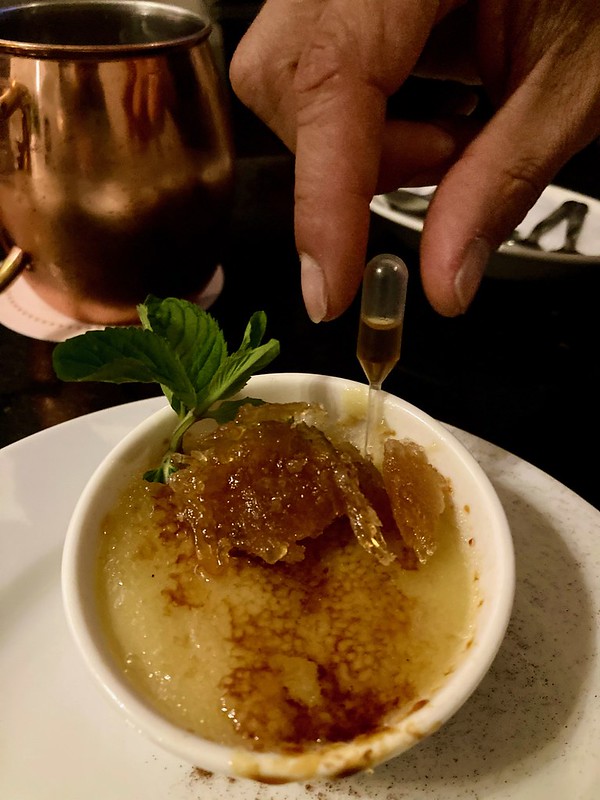 And then you could go into the cavern where they keep the barrels.

So the whole thing was just a true experience. And it was even better Because we were the only ones there at that time. I usually don’t enjoy going to restaurants in Antigua when we’re the only ones there Because everybody’s constantly on top of us. But it wasn’t like that at all. Like, the waiters knew their place. 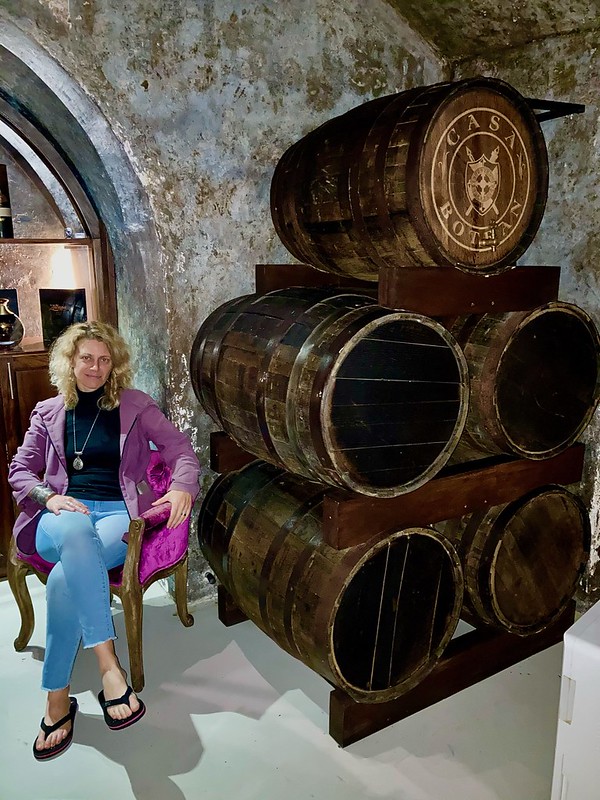 IF you have these places that you see, and you’re like, oh, it’s too expensive. It’s too much for my taste. Or come up with another silly story, like, only visited by Narcos, you’re going to limit yourself. Finally, my husband allowed me to convince him we had such a fun time.

It was just everything was very high end, high quality, and it was an experience that my husband and I will totally remember for a long time. So treat yourselves, guys. We only live once 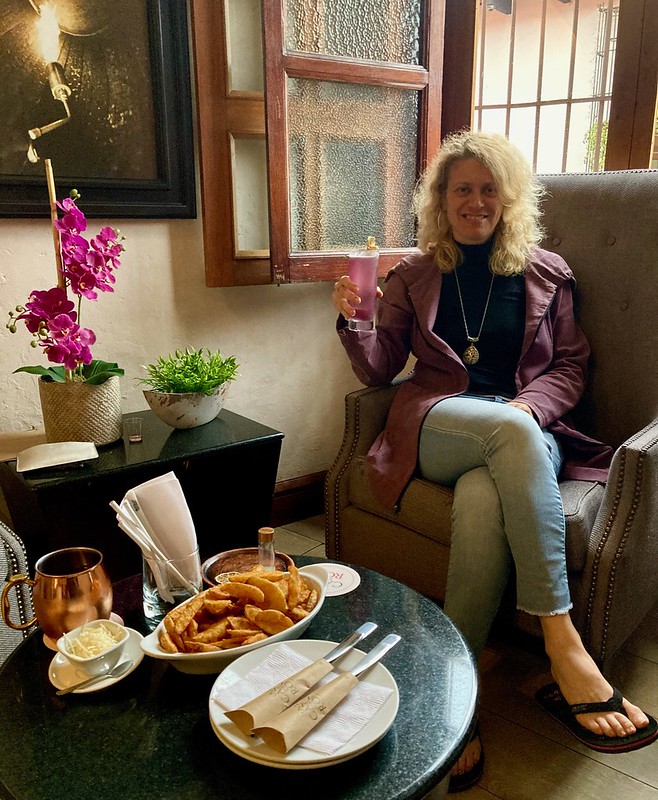