Traveling abroad can be a nightmare at the best of times. Driving on the other side of the road is a complete palaver; let alone remembering the national laws. Some of you will be aware of the main differences between your country and theirs. But in certain states or countries, you could find yourself in a legal conundrum if you accidentally do any of the (obscure) following offenses. Here are the weirdest and uncommon driving laws from around the world! 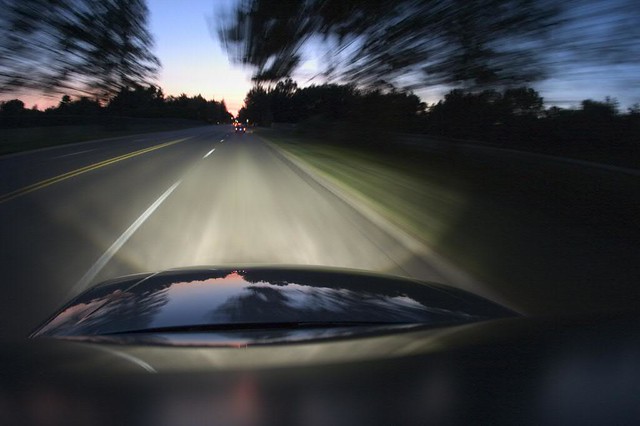 Photo By: Fellowship of the Rich

Parking in Spain is a little unorthodox. On even days of the month, cars must park on the side of the road with even numbers. On odd days…you get the picture.

Wipers, Luxembourg
Legally, you must have windscreen wipers on your car, but you don’t need to necessarily have a windscreen. Good luck with the rain.

Although it must be a massive drain on the car’s battery, you must have your headlights on at all times. Apparently, it helps other drivers distinguish between parking and moving cars.

Considering the fact that Cyprus is a pretty hot place, it’s a little cruel that drivers are banned from drinking water while driving. If spotted rehydrating at the wheel, you could incur an 85 Euro fine. Water stops are necessary.

Women aren’t allowed to drive in a coat or a dressing gown.

It’s illegal to drive through playgrounds. WHEN IS THAT LEGAL?

In places that sell sandwiches and drinks, you aren’t allowed to use your horn after 9pm. You heard.

If you plan to travel along country roads, you need to stock up on food, fluids, and rockets. This will be a long journey. Every mile, you have to stop, let off a rocket, and then wait 10 minutes, just in case livestock were frolicking along the road.

You have to practice parking a lot in Indiana. You’re not allowed to reverse park because police can’t see your number plate clearly. You’re also forbidden from overtaking a horse on the road. So you’ll be traveling at one horsepower! Guffaw.

All backseat sheep must be accompanied by an adult.

No black cars on Sundays. Racist.

No red cars, Minneapolis and Massachusetts

It’s illegal to drive on the road.

All taxis must keep a bale of hay in the boot.

While driving, everyone must be wearing a shirt.

Not allowed to drive, Philippines

You’re not allowed to stop for people to cross the road. Even at crossings. If you do, you’ll be fined 5 Yan. Probably not a very nice place to be a pedestrian.

You have to carry your own breathalyzer kit with you or you’ll be fined 11 Euros. ‘Forgetting’ it won’t get you out of a DUI offense. Only drivingoffence.com drink-driving solicitors can help you there.

All drivers are forbidden from picking up hitchhikers.

This article was written by: Freelance journalist, Zoe, on behalf of drivingoffence.com, drink driving solicitors.