Travel and Destiny – A True Love Story – The Modern Marriage 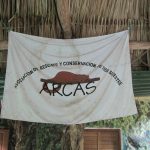 Life changes happen in an instant! Whether we are ready for them or not! March 5, 2001 my entire life changed, although I wasn’t at all aware it was happening – just yet.A true love story of travel, backpacking and destiny. Meeting in the heart of the rain forest and the Mayan Ruins of Guatemala.

How I Met the Man That Changed My Life! 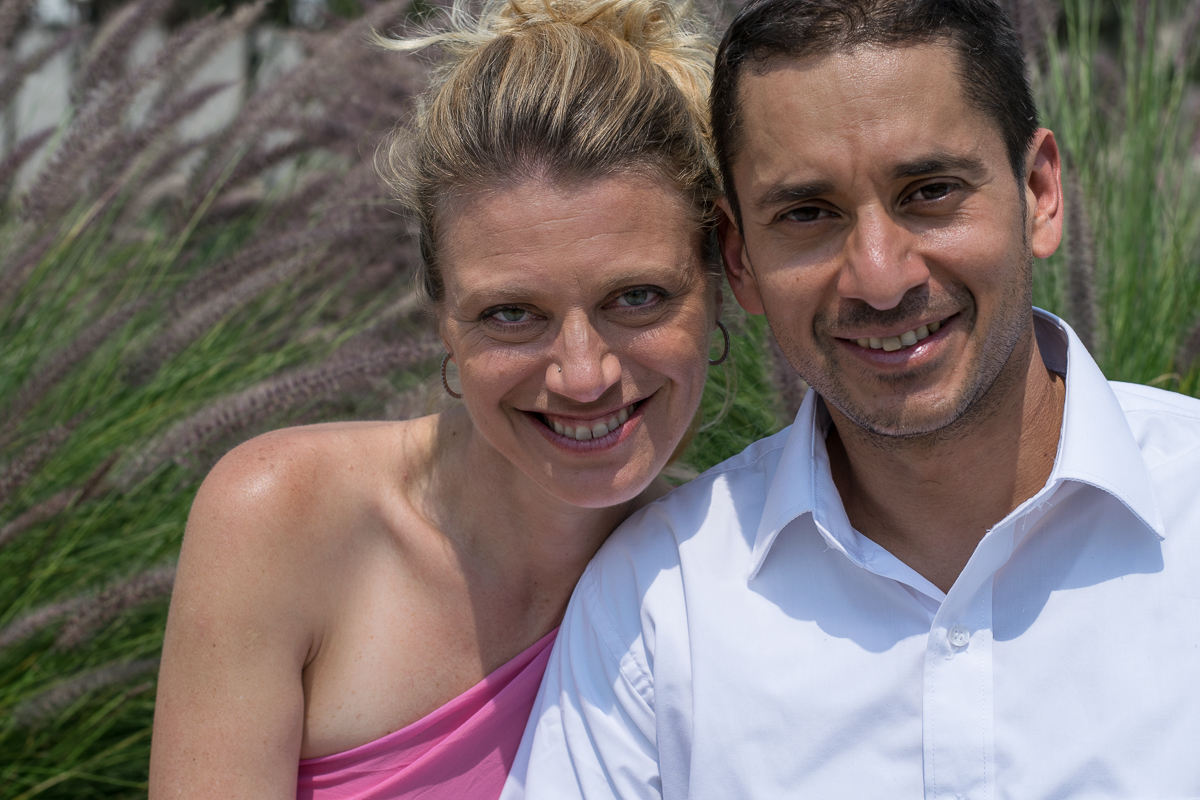 Slater & Gordon started a super fun campaign about the different modern marriages that are happening all around the world due to travel.

17 years ago I got fed up with the typical NYC single girl lifestyle, the infinite number of bad to worse dates, overly priced everything, and the excessive vanity. There is only so much one can stand until you realize how unimportant it really is.

So what I did was pack up my backpack, say a tearful goodbye to my family and friends and boarded a bus at the Port Authority in Manhattan going to the southern states of the US. I had no plans on returning and was eager to let the wind blow me wherever it wanted to.

Well, it slowly blew me all the way to California then into Mexico. In Mexico I learned how to speak Spanish while hitchhiking across this immense country with other backpackers. Although my Spanish was coming along, I realized this wasn’t the best way for me to learn the language and decided it was time to get me to some classes.

Once an idea comes to mind, especially while traveling, you start gravitating towards it, without intentionally wanting it. From that moment on, everywhere I went everyone kept telling me to head to Guatemala. The country that offers the cheapest Spanish classes in the world.  A country I have heard very little about and I have to admit, I’ve never met a real live Guatemalan yet.

Guatemala has a strange reputation. It’s an amazing country full of culture, Mayan descents, but too much violent crime.  You’d think that knowing how violent it can be, it’d stop me in my tracks? Not me!

I had a mission to learn Spanish and to see the sun set and rise at a mystical ruin. Tikal was the only ruin on the Mayan route that opened before the sun rose and closed after the sun set. (Not anymore.) Now any person with half a brain will tell you that when you’re going to see a sunrise or sunset that at some point you will encounter darkness. Why this minor detailed escaped me, I’m still totally unsure. Whatever the reason, I arrived to the lonely campground in front of the park with no flashlight and no tent. Gratefully, they did rent little wooden cabins. On the same field stood a little shop that sold candles which I planned to use for the trek (like that was going to guide me through four kilometers of dense tropical jungle during night fall).

As I was trying to talk to one of the workers of the park about some useless topic (just practicing my Spanish), in an exaggerated tone I saw a some young guy come out of the only tent on the field. I paid no attention to him and headed boldly on the trail with my candle (no matches), in hand.

Out of nowhere he appeared and started talking to me in perfect English which kind of threw me off balance. And yes, that in itself was impressive, since he was the very first Guatemalan I’d ever spoken too and he knew English – throwing my whole conception of Guatemalans out the window. Regardless, to me he came off as just another Latino trying to make a move on an American girl. Traveling through Mexico I can say that I’d seen it all, and quite frankly I was over it!

But he persisted. And the more he spoke, the more intrigued I became. He was bright, funny and his energy kept me fixated on his every word. As we made our way through the rain forest every imaginable animal made an appearance. We were greeted by a troop of spider monkeys as we entered the park. Right under them was a family of coati mundis and wild turkeys. Snakes slithered past us and toucans flew over head. When we got to the Lost World pyramid we were once again greeted by monkeys, this time by the sleepy howlers screaming their good nights to one another. I acted like this was totally normal. I mean, aren’t we in the tropics in the heart of the jungle? Apparently, this was EXTREMELY UNUSUAL and seeing even one of these animals is usually a MAJOR highlight for any visitor.

After seeing the sunset over the jungle and being escorted by him and his flashlight back to the tent, we spent the entire night talking. We talked into the wee hours of the night. Not that I would have a clue what time it was since the sun sets at 6 pm and it’s as black as it is at 3 am. So for all I know we could have ended talking at 8:30 pm. One thing he talked about was getting his masters degree in Costa Rica. However, he said this as though it was just a pipe dream. The next day we said goodbye after watching the sunrise from atop a Mayan relic, before he headed back to work. And again, we were greeted by a slew of different animals. This time we saw gray foxes, more howlers now waking up, a ton of birds I have no idea of their names and plenty of insects. I could’ve easily done without the insects.

I’ll get to the gist of it, he was a veterinarian student doing his practical in a nearby rescue center for endangered and trafficked animals, ARCAS. Before he returned to work, he invited me to go visit him there. Once I stepped off the boat that takes you to the rescue center, I discovered that they accept volunteers. Once again, the gift of having nothing by time on my hands, I decided right there and then to stay for one week. This magical place allowed me to care for sick parrots and playful monkeys while watching him interact with the animals.

With each passing day my feelings grew stronger and stronger until there was no way to escape the fact that I have fallen in love with this Guatemalan. Two years later, I married him and he brought me to Costa Rica where he got his masters degree in Wildlife Management. One year after that my part-Guatemalan/part-New-York-Russian-Jew son, was born! Besides being born with this crazy mixed-up bloodline, he is trilingual (Spanish, Russian and English) and is the best travel partner I’ve ever had.

After my husband’s program ended in Costa Rica and he graduated he was offered a job at his Alma Mater, University of San Carols of Guatemala, to be a professor. So my son and I along with my hubby moved to Antigua, Guatemala where we LOVE living and have added a new addition to our multicultural, trilingual family, our second boy! 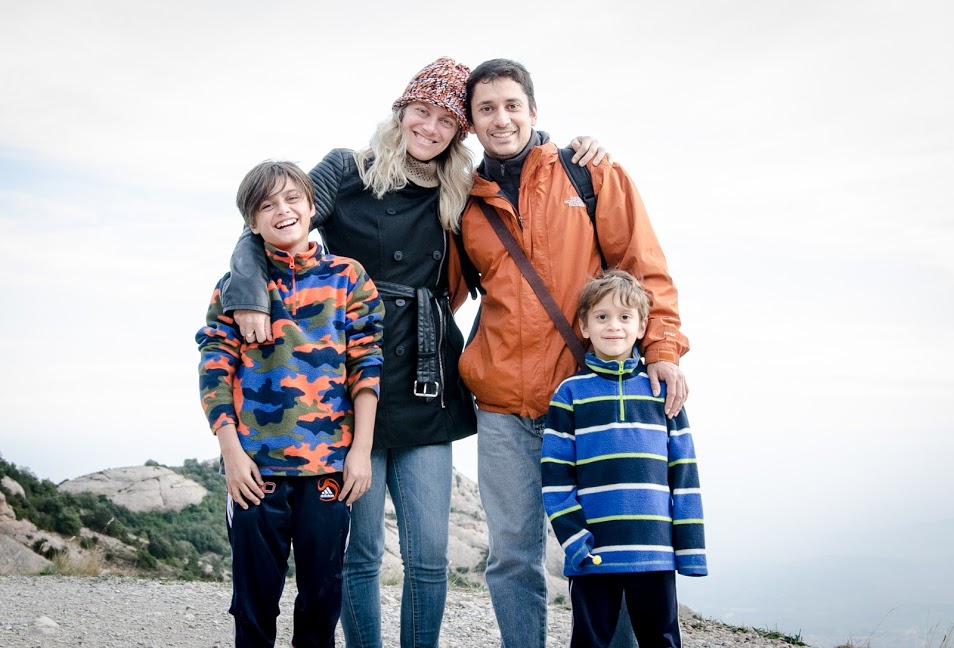 Do you have #themodernmarraige story to tell?