Trip to Nebaj in Guatemala: Wherever You Go, There You Are

While I was growing up in Pennsylvania in the 80s, the highlight of my summer was always The Great Allentown Fair. It was (and still is) a typical melange of small-town county fair staples: rickety-ass carnival rides, games of chance, and an artery-clogging array of treats. (Ahhhhh, funnel cake, you sweet and evil temptress!) Girls squeezed into their skimpiest shorts and amped up their big hair to new heights. Boys donned their favorite rock concert tshirts, preferably with the sleeves torn off. And much parading about would ensue. It was a slice of Americana par excellence. Here’s my full experience traveling to Nebaj, a town in Guatemala.

So it was with a mix of shock and awe that I discovered, upon arriving in Santa Maria Nebaj, Guatemala, that The Great Allentown Fair seemed to have arrived with me.

I’d spent several weeks on the Gringo Trail in Guatemala and Costa Rica, visiting the typical places and meeting many other backpackers. After about seven weeks of this, I felt ready to go off the beaten path a bit. I’d heard promising things about Nebaj, a small town in the rugged Cuchumatanes Mountains. As luck would have it, I happened to show up during one of the biggest festivals of the year. August 15 is celebrated worldwide in Catholic countries as the Feast of the Assumption, a day to pay homage to the Virgin Maria’s ascension to heaven. Nebaj has claimed Mary as the town’s patron saint, and this is a chance for Guatemalans from miles around to commemorate Mary’s heavenly birthday.

On paper, at least to this lapsed Catholic, this sounds like a whole lot of church. Boring! But in the Guatemalan highlands, Mary’s birthday is an excuse to get decked out in the finest festival garb, break out the fireworks and greasy fast food, and party like it’s 1989. Rickety-ass rides covered in sputtering neon? Check. Games of chance? Check! Cotton candy? Checkity-check-check! There weren’t any hair band concerts, but boy did they have the most awful mariachi music blaring into the wee hours of the night.

And, oh, the costumes! Women of all ages sashayed about in intricately-woven skirts, embroidered huipil blouses, and the most elaborate headgear I’ve ever seen. Do you want poofy hairdos? The 80s ain’t got nothing on the women of Nebaj! Their festival costumes included a colorful construct of bright yarns, braided into their long dark hair and tucked into an elaborate architecture ending atop their heads in sassy poofballs. During my travels, I hadn’t seen a lot of Guatemalan men in traditional attire, but in this case, even the dudes got duded up for the party, in red jackets and wide-brimmed hats. Every village displayed its own distinct pattern and color scheme, each more colorful than the last. I didn’t see any Daisy Dukes on display, but everyone there was dressed to impress.

As one of about five gringos in the entire place, I spent a few days sitting in the town square watching the festivities unfold. The people-watching was extraordinary. Several bold townspeople approached me to engage in the standard conversational points any solo gringa tends to field: Where are you from? Where are your husband and children? What the heck are you doing HERE? Even Nebaj’s mayor came up and introduced himself, proudly showing off his English. They were as interested in me as I was in them, and not just for my American dollars. This was a huge breath of fresh air after the more touristy areas.

While much of the festival had that familiar county fair feel to it, there were some bizarre things I couldn’t quite figure out. At one point, a group of men in intricate masks gathered in front of the church and performed a slow, methodical dance that seemed to plod on for hours with no resolution. I kept waiting for a reenactment of a historical moment (a battle, maybe?), or some kind of dramatic culmination to the performance, but it just ended abruptly. That afternoon, a bizarre parade formed along a side street. Townspeople dressed like high school mascots “ there were green aliens, animals, cartoon characters, and I’m pretty sure I spotted a Klingon or two “ marched through the streets. I was expecting it to end in some kind of costume contest, but eventually the parade just disbanded. I guess the concept of a climactic ending is more of a Western preference? I was left feeling a bit dissatisfied.

Ultimately, though, the similarities won out over the somewhat surreal differences. I’d traveled several decades and almost two thousand miles, only to end up in the familiar territory, watching people gather to celebrate in pretty universal ways. I had a fantastic time at the Great Nebaj Fair. Next time I’ll be sure to bring my legwarmers. You should definitely visit this place in Guatemala. A Catholic festivity is probably one of the best things to do in Guatemala, a must experience for everyone. 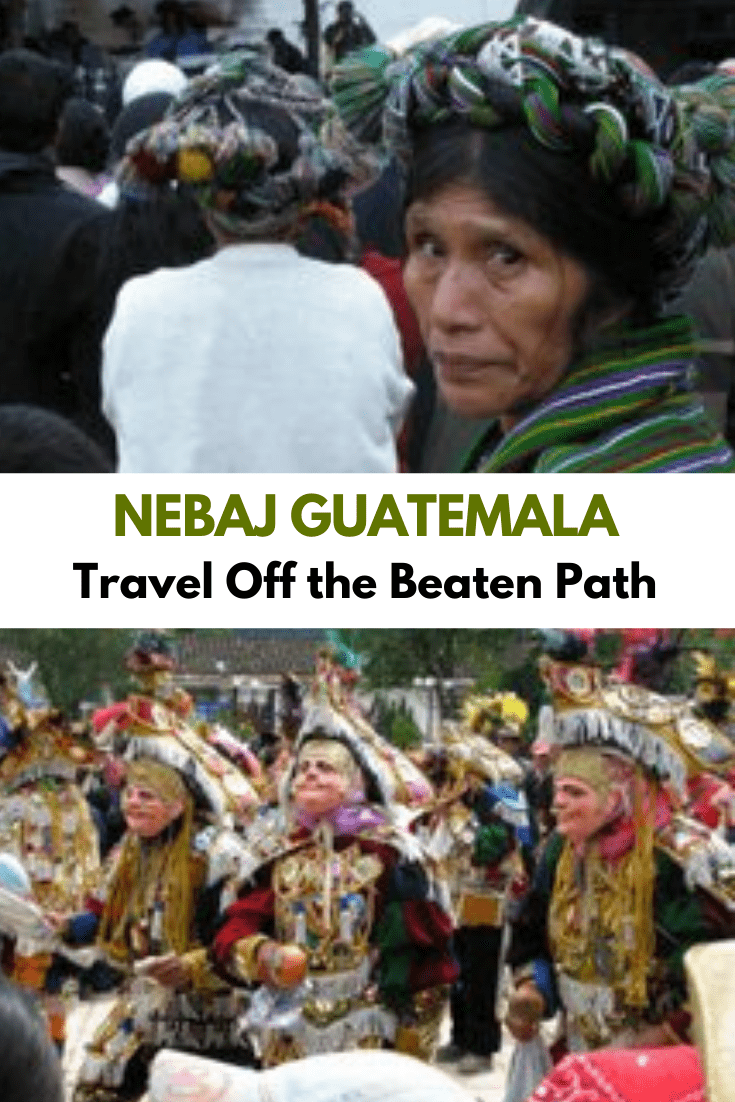