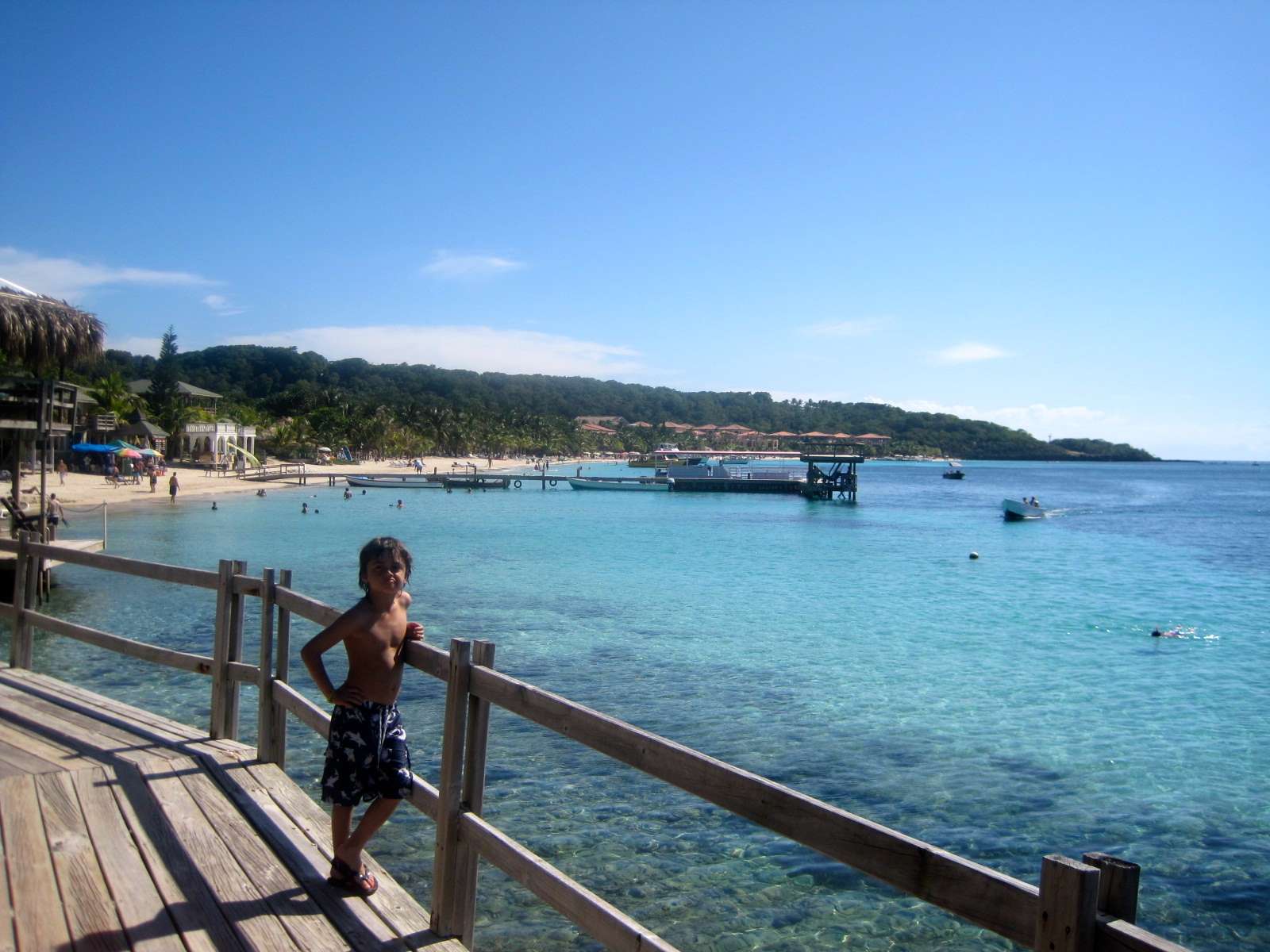 If you guys have heard of the Bay Islands of Honduras, there are three specific islands. Roatan is the largest by far. It’s also where most amounts of the resorts are and the most beautiful white sanded, blue water beaches are. Today we’re gonna be talking about Roatan,  Bay Islands in the Caribbean of Honduras.

💡 You can listen to the full Utila podcast here

How to Get to Roatan

There are several ways to get to the island. One is to fly into Honduras into the capital and then take a smaller flight out to the actual island of Roatan. Another way is to fly into the main city, the main international airport and then drive to San Pedro Sula and you can take a ferry that will take you directly to the island. So there are different ways to go there and from there you can also take a ferry to go to Utila or to go back to the mainland of Honduras.

What is a really cool thing to do is to rent a scooter, this way you can go and visit wherever you want all through the island, and it’s really cheap to get around. You could take kids up to you know, any age, I know that a lot of places have restrictions, they do give you helmets. So it’s a really cool way to get around now. 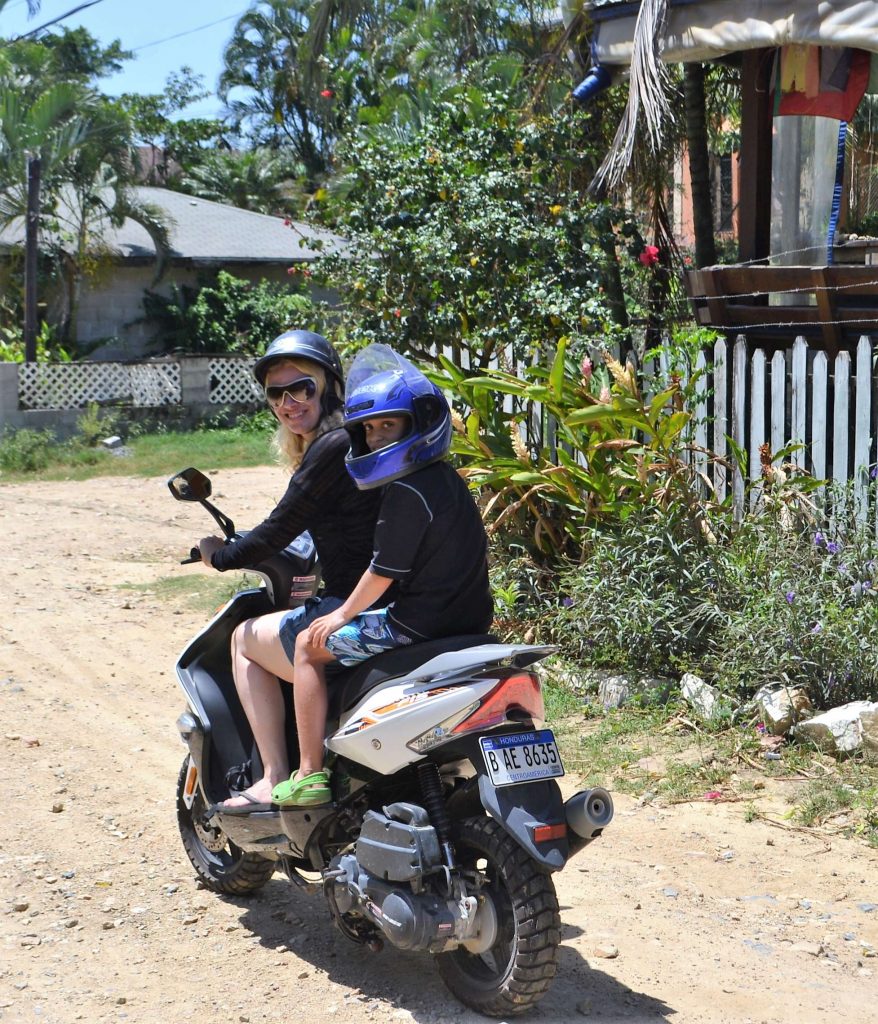 Things to do in Roatan

I want to talk about Roatan Honduras. It is one of the most beautiful islands that you could possibly imagine visiting, especially when you are in Central America. A lot of people don’t realize that you can visit these Caribbean islands from Central America. A lot of people think it’s just the Caribbean islands. However, Roatan is one of these amazing islands where cruise ships come into, there are many resorts, and you could stay in beautiful Airbnbs right on the Caribbean Sea.

The main little town of Roatan is called West End town is this adorable beach, sandy streets, dirt road little town which has a ton of restaurants and cafés and bars, and it still has that local Caribbean field which really no matter where you are seeing on the island going and visiting and just hanging out there is really, really fun.

The majority of people or the resorts, I should say that people staying in, are in the West Bay Area. This is where the majority of the resorts are. There are definitely some on Airbnb. However, you could stay on Airbnb pretty much anywhere but the West area, the West Bay Area is the more populated area. The rest of the island is really large and yes there are resorts and residential that you could stay in, but it’s more popular to stay in the West Bay Area or the West End town when we visited. I’ve been to Roatan quite a lot of times, we’ve always stayed in that particular area. 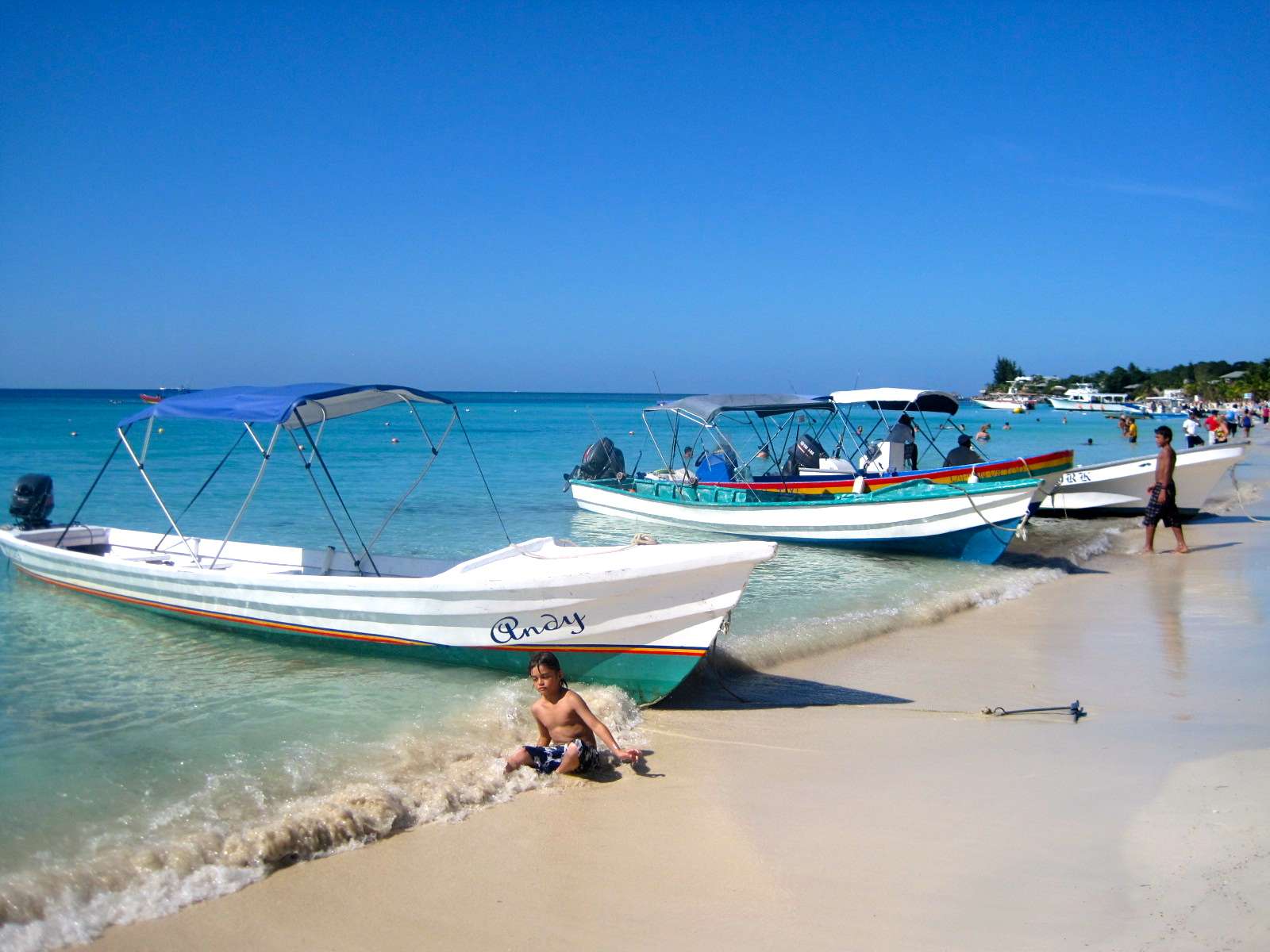 Then, you could definitely go diving in Roatan because diving overall in the bay Islands is one of the most popular activities to do. But if you’re not into diving, or you prefer to go snorkeling, snorkeling is an incredibly popular activity as well that you could do with any age and any level. There are many organizations or many operators that will take you snorkeling, or you could just rent snorkeling equipment from wherever you are staying and pretty much go right out there. It’s really, really easy to get around.

Another cool thing to do is to take a glass bottom boat tour and of course, pretty much understand glass bottom boats, you can see everything at the bottom right away right there. So it’s a fascinating thing that you could do as well. It’s a few hours. It was not expensive and it’s super fun.

What me and one of my sons did, was we did a submarine tour. Now, submarine tours are a lot more costly. It’s around $500 per person, but you go in a real live submarine. I mean, it is something that you will never be able to do anywhere else in the world. I think maybe there’s one other opportunity like this, and it is in bali. So if you are really interested, and you are okay with spending a bit extra money. Check out the submarine tour in Roatan, definitely worth the experience.

I mean you’re going down almost 1300 m like you’re really going far down. Interestingly enough, very little marine life has been seen there, but it’s just the idea of being that far down in a real submarine is mind-blowing. 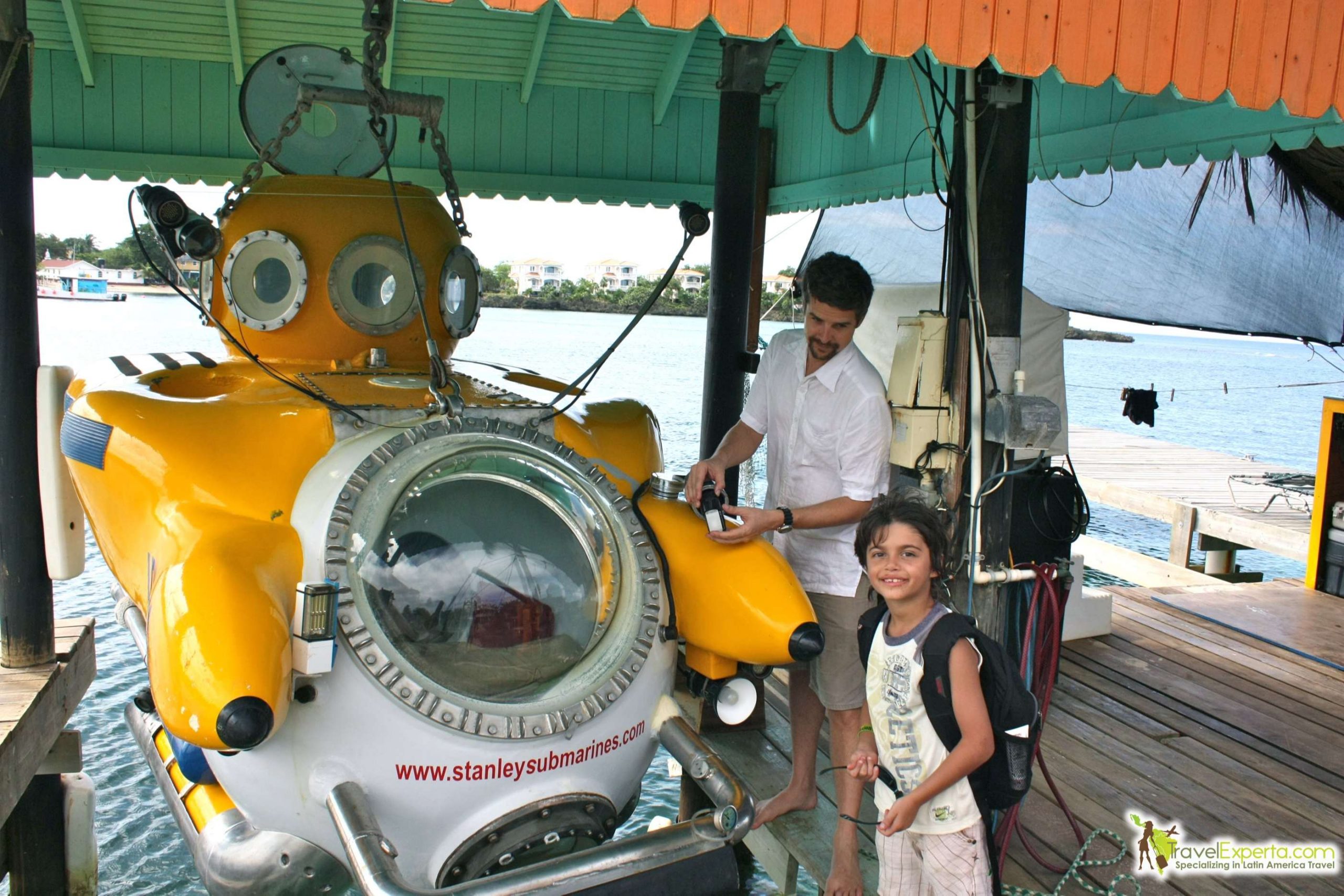 Another really cool, really cool thing to do there is to go to the monkey and sloth hang out. It’s a rescue center for monkeys and sloths, and there are also Macaws and other animals that are more like parrots. But the monkey and sort of hanging out is probably the coolest part of it, simply because you could have the sloths go on top of you, you could have the monkeys sit on top of your head.

It’s a fascinating thing, it’s called Daniel Johnson’s monkey and sloth hangout, it’s literally on the other side of the island. So if you have a scooter it’s super easy to get to. Otherwise, you could take an Uber or a taxi, and it’s easy to get to. 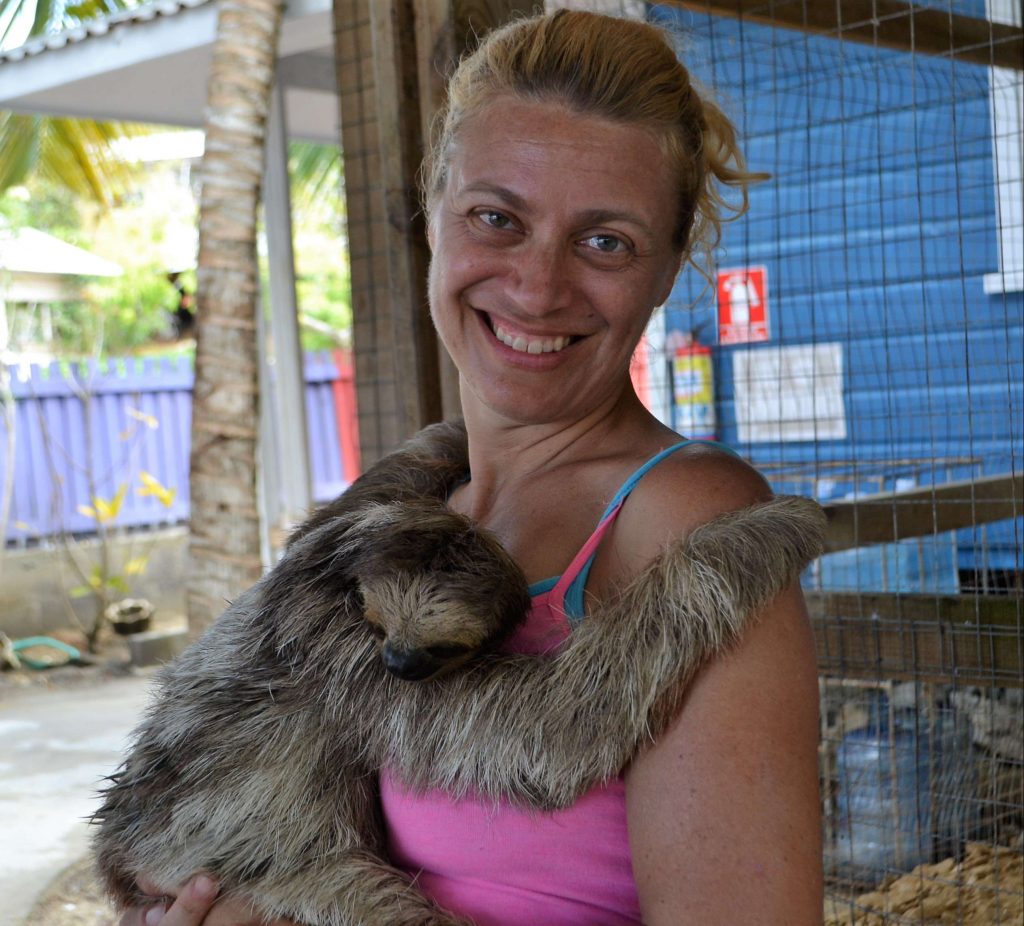 A lot of times when we visit different places all around the world, we like to eat really local and the most local yummy food that you can experience there is called the baleada. It’s tortillas, and they can be put in many different things, beans, meat, eggs, and seafood but you can find them all over the place where the majority of them are outdoors. Baleadas eating outdoors can be a little bit tricky because you don’t know if it’s clean enough but you could go to any local eatery or commodore and just order them.

How much time to spend there

If you’re going to be visiting Roatan I recommend at least three or four days to stay there. Another really cool thing that I want to mention is if you are staying in different parts of the west area, West End, and West Bay Area you could take water taxis to take you all around and that’s another perfect way to get around that area, but it’s a little too far if you’re all the way on the other side of the island simply because the waters could get a bit rough. So it’s easier to get around by taxi, car taxi or Ubers or scooter.

I would recommend three or four days minimum to spend in Roatan. Obviously, if you can spend a week or more you’ll get that much more out of it because the beaches are beautiful. You could hang out on the beaches enjoying the baby because it is a bay, with really calm waters for snorkeling, and for diving. 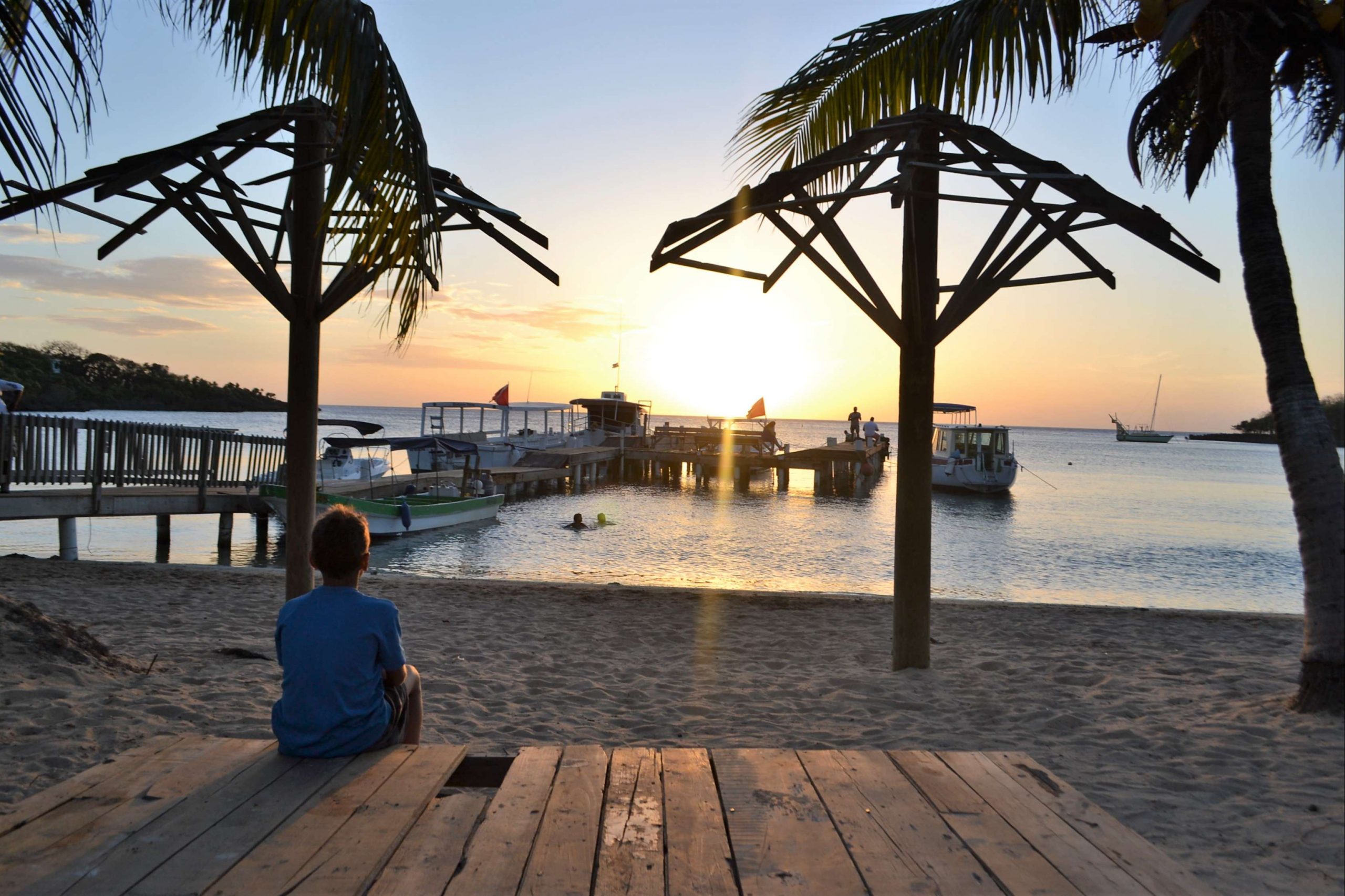