10 Dishes of the Traditional Panamanian Cuisine

Panamanian cuisine is quite diverse because of the location of the country. It is right between Central and South America and has a strong Caribbean influence. This means that there are tons of similar dishes to the ones from the rest of the Central American countries, but with a twist. In these dishes, you will find a mixture of native, European, and even African flavors. But it’s up to you to decide which of these best traditional Panamanian dishes you like!

Some of the most commonly used ingredients include tons of tropical fruits and vegetables that give you energy. Many of them have been used by natives of the region for centuries. These are the most common: corn, beans, rice, plantains, yucca, beef, chicken, pork, squash, and coconut. You can find a wide variety of food for every taste, from vegan dishes from around the world to the best street food!

When it comes to food, it all gets even more diverse on the islands. 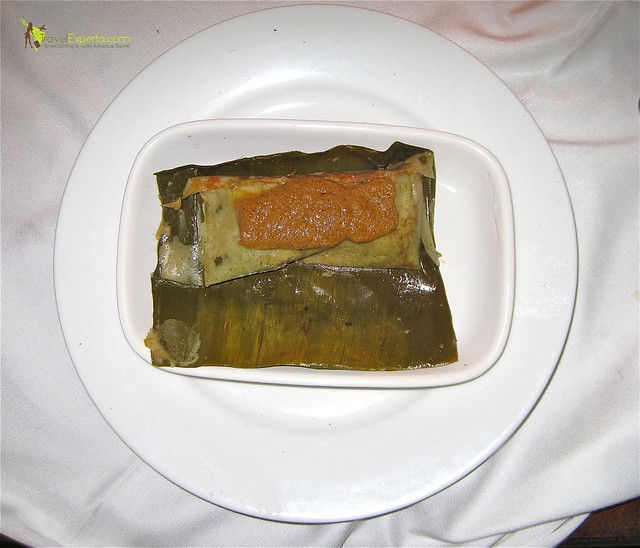 This is a stew that is commonly made with beef but can also be done with chicken and a variety of veggies cut in cubes. It can be found almost everywhere, especially during local festivals.

These little things are meat, potatoes, or cheese, which sometimes include veggies and herbs, wrapped in some sort of corn tortillas. They can be baked or fried.

This traditional dish can be found on the Caribbean coast. It is a variation of the rice and beans dish that you find all over Central America. It has green beans that are cooked in coconut water and sometimes even includes fish.

Arroz con pollo is a dish that you will find in all of the neighboring countries. It is prepared with chicken, rice, chopped veggies, and peas.

It typically includes shredded meat, cooked with onions, peppers, and garlic. And just as most dishes in Central America it is served with rice. It is also a traditional dish from Costa Rica

Tamales are also found in all of the neighboring countries, but they all have a variation that makes them special. They are essentially corn dough stuffed with meat; some include veggies and a different kind of sauce, wrapped in banana leaves.

This dish consists of a fried yucca roll stuffed with meat and boiled eggs.

These are the equivalent of French fries in tropical countries.

Arepas are made of cooked corn and look a bit like a Frisbee. They are stuffed with eggs, cheese, or beans.

They are patties made of smashed green plantains, seasoned with salt or cinnamon, depending on what you like most.

These are all really tasty. Which of these traditional dishes would you try first?