Visiting the Kite Festival in Sumpango on Day of the Dead, November 1, in Guatemala is a super rare treat. It is also a supreme time to get a glimpse into the world of Guatemalan food vendors. But the most surprising part – how incredibly cheap and tasty it is.

However, the one dish that is only served on Day of the Dead – Fiambre – isn’t served here. This you have to go to restaurants or be invited for homemade Fiambre.

Corn – the staple food of Guatemala 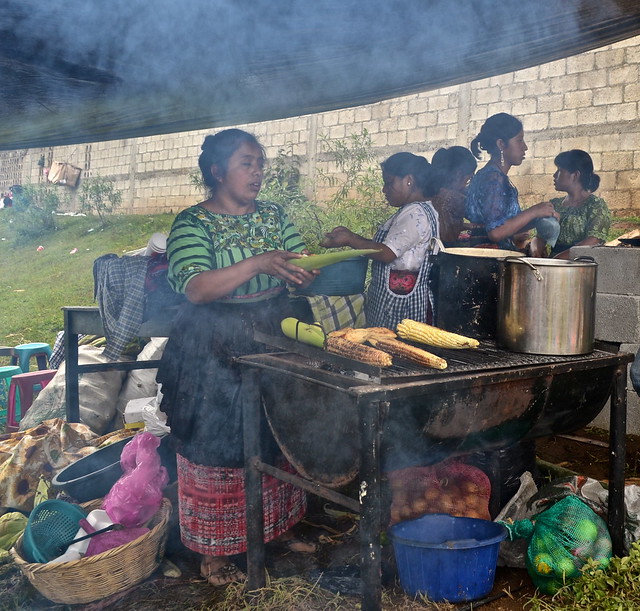 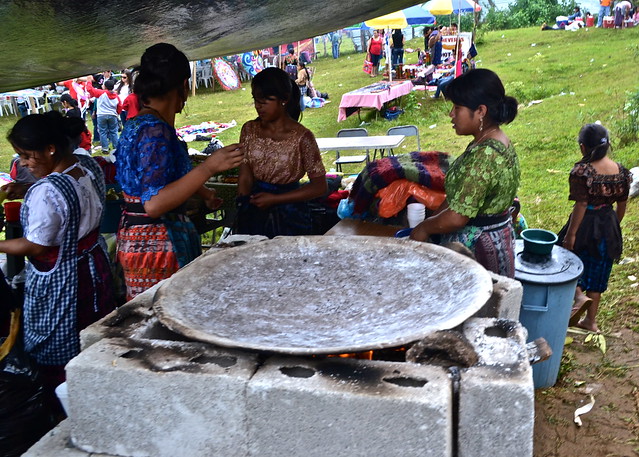 Cotton Candy – to me this usually brings memories of circuses. But my kids were begging for it and for 50 cents a bag, how can I say no. 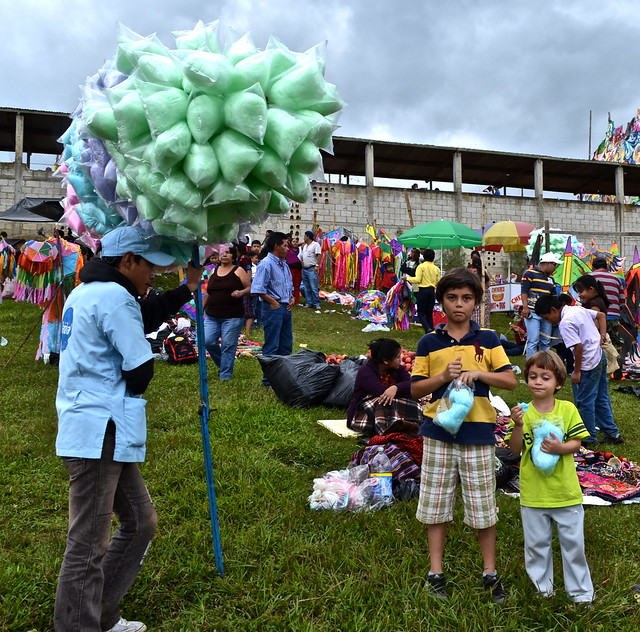 Corbatas – which literally means tie (as in a tie for a man). They are sweet fried dough. But honestly, taste as boring as this guy is bored. 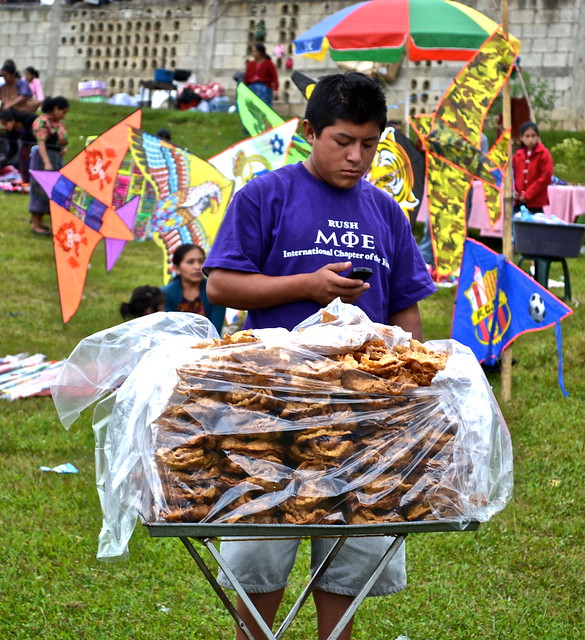 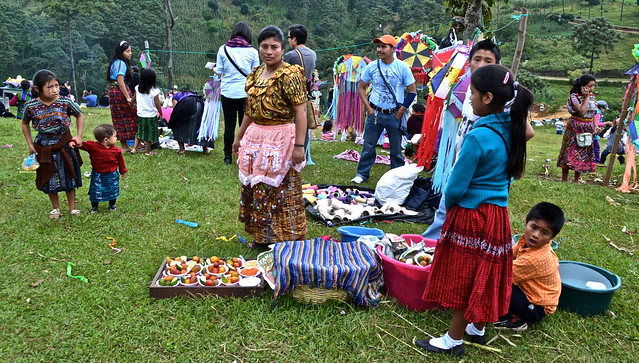 A closer look at what is being sold from the ground up.

Ice Cream galore. There were over 20 of these guys. This was before the major rush, they were preparing themselves. 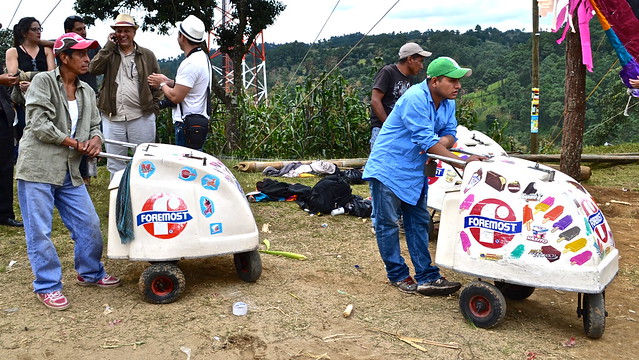 Roasted pig – this is actually not too common. And if it is, I haven’t been invited to these gatherings and am quite proud of it! Maybe if I was living in Argentina or Uruguay, but in Guatemala this just seems a bit excessive. 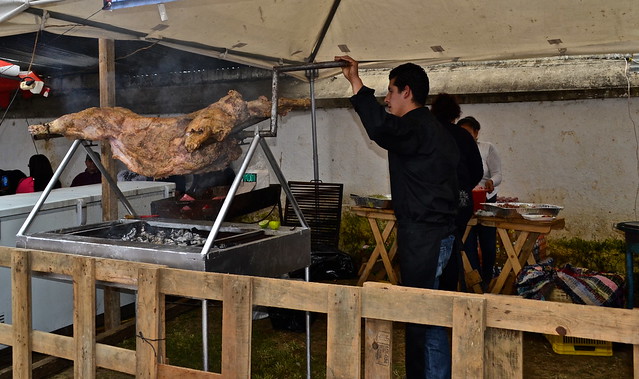 Tacos, tacos, tacos. This is a fun food to eat and is the typical fair food as we have fried dough in the States. 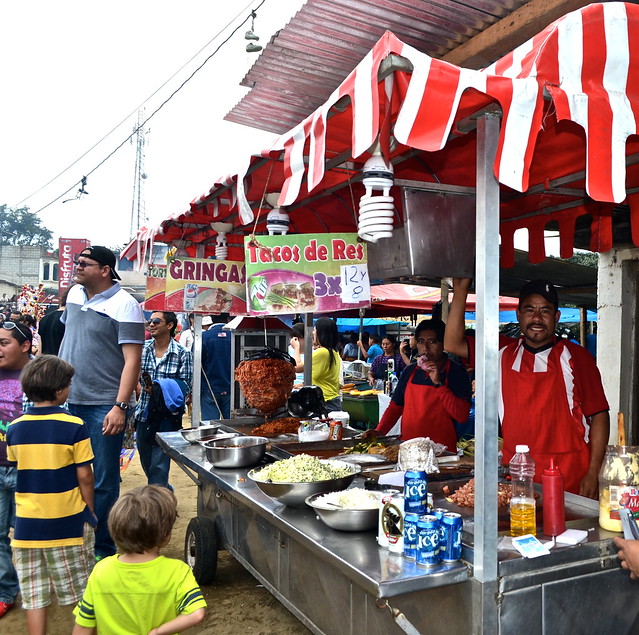 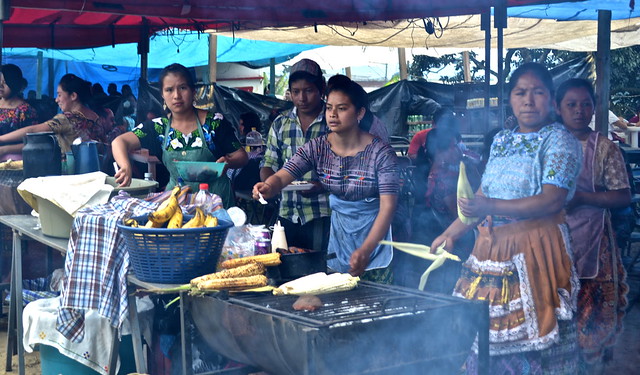 And meat. What is anything without Carne, churiso, longanizas and more meat. 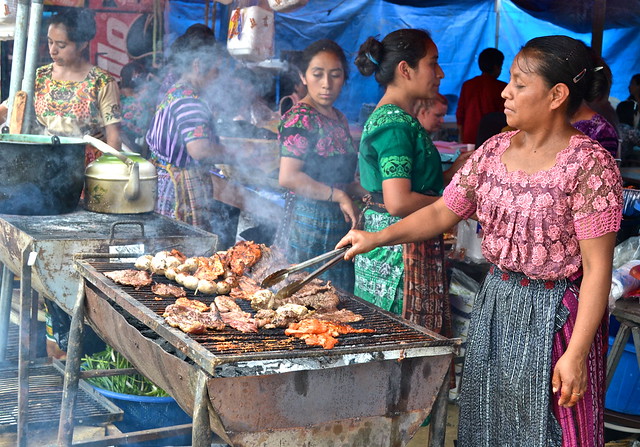 Traditional Guatemalan Soup. And how do you like the plastic cooking with the pot? 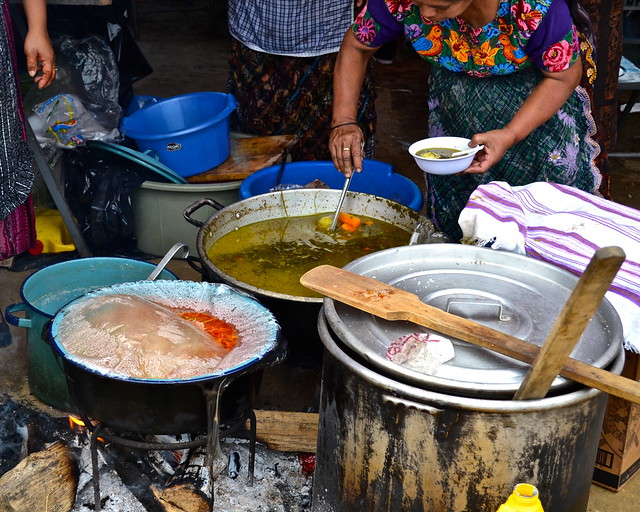 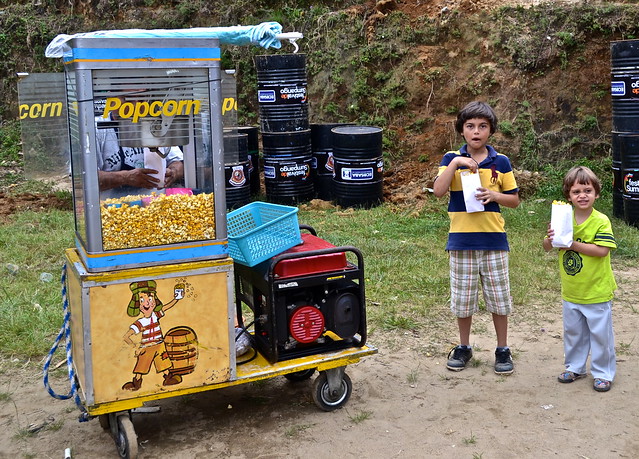 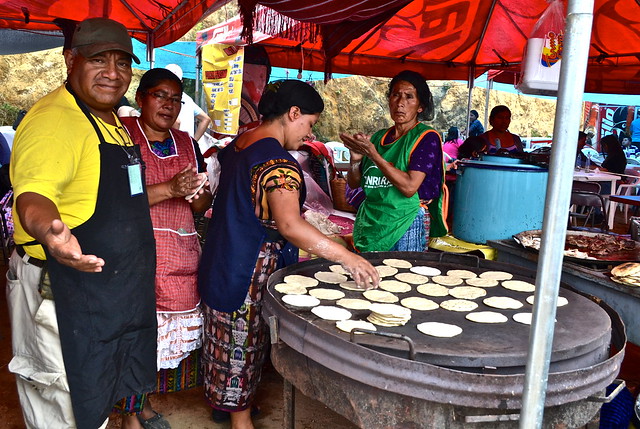 Chicharrones – pork grinds as we know it. I actually have never seen the process of this fatty, fat dish.

Step one – get the pork skins and throw them into tons of grease. 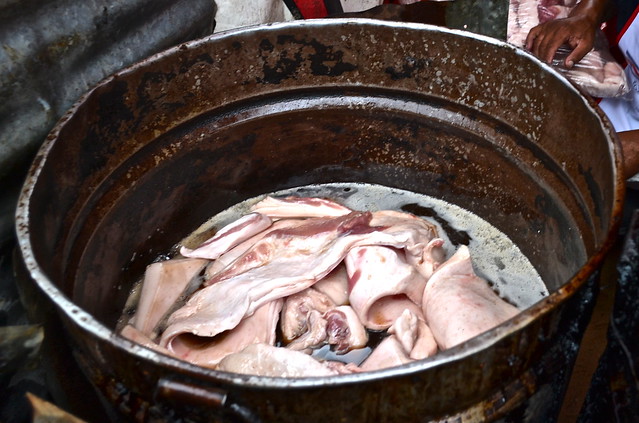 Step 2 – cook them until they become small pieces cooking in their own pork fat. 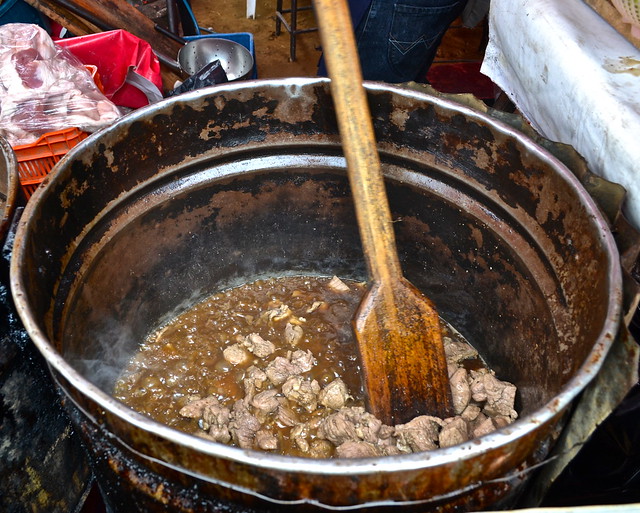 And surprisingly they are quite tasty. If you like bacon, chances are you will get hooked on this dish as well. 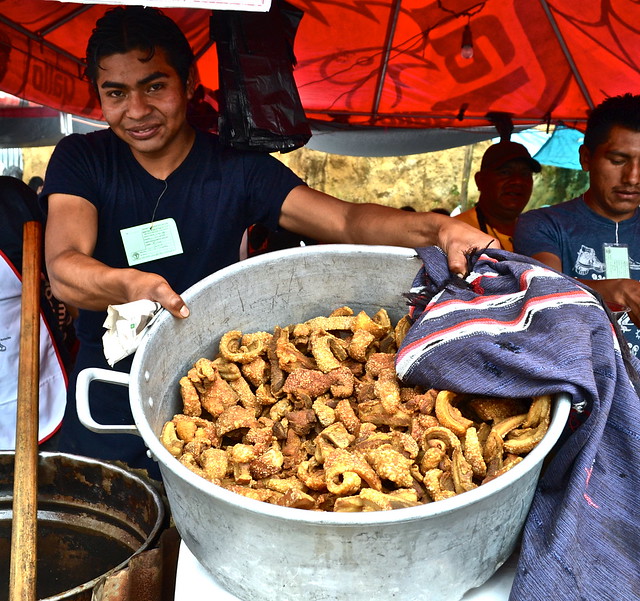 Fresh Fruit – this was my chosen food of the day. And for 60 cents a cup, I splurged and splurged! 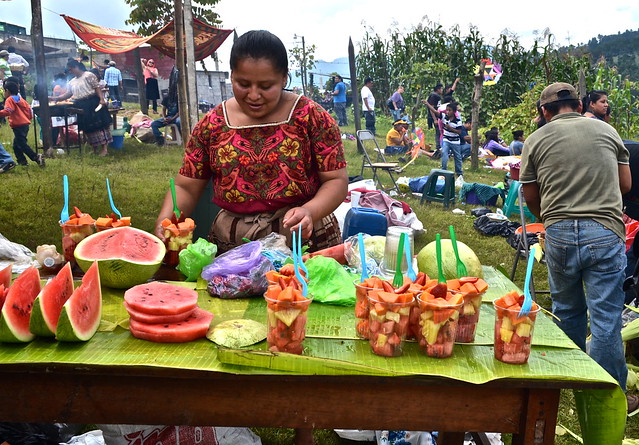 Let’s just say there is never a shortage of food at any of Guatemala’s festivities. And they are so fun to try and taste. And for most dishes that don’t cost more than $3, it’s worth giving most a taste.