Top Things to Do in Indiana: Surreal Historic Trails to Explore This Spring

Indiana is not just another picturesque mid-Western state in the United States. It is literally the land of Indians – ancient tribes that made the land their own. So, cool places to visit in Indiana could include some pre-historic sites as well.  Spring is a great time to explore the state and its beautiful history, keeping away from predictable crowd-pleasers and chances of Covid infection. Do you know what are the top things to do in Indiana? Look at this list where I tell you all about the seven main things you should know of. 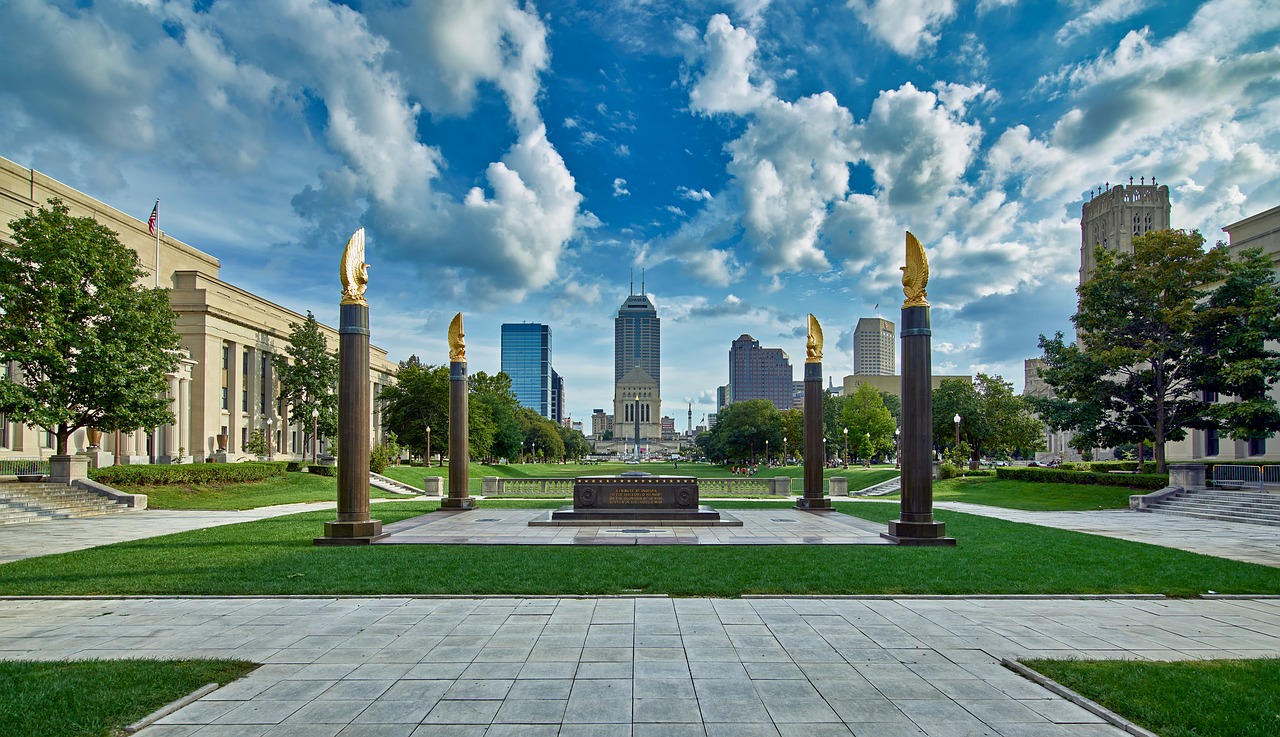 Top Things to Do in Indiana

The state has put in place several restrictions due to the pandemic. International travelers will have to undergo a 10-day quarantine as of now. Visit the local administration webpage to keep updated on any changes and to know which county is in blue or yellow level of restrictions. Facemasks and sanitization are musts, and so is social distancing. Plus, each county has its own rules regarding visitors to public places. The best part of sticking to history tours is that many of the parks and national monuments are cautiously opening their doors to visitors.

To get a really good source of options, check out this local directory for Indianapolis to see what the locals recommend.

If you are serious about going back in time, it is good to start with the Mounds State Park in Anderson which houses 10 mounds belonging to the prehistoric Adena Culture, a pre-Columbian Native American culture. The Adena Culture was in existence from 800 BC to 100 AD. The largest mound or the Great Mound is a circular enclosure that is 300 meters across in dimension and was excavated in the late 1960s.

Are you feeling sufficiently curious about the pre-historic mounds? Then it is time to explore them with some expert help. The department of natural resources has resumed its walks where naturalists will tell you about who built the earthworks and how they were constructed. The authorities are also readying to celebrate spring by organizing hikes and scavenger hunts with prizes!

Now for a fun fact. From 1897 to 1929, the Mounds State Park was an amusement park, and its organizers exploited the historic mounds to drive up their own ticket sales. Apparently, people would drive model T-Fords around the top of the Great Mound! On the bright side, the presence of an amusement park helped protect the precious earthworks that otherwise would’ve been razed to build houses, roads, or shopping malls.

Trail by the lake

The Hovey Lake-Klein archeological site in Mount Vernon is another fascinating place to explore. It features remains of a prehistoric Mississippian culture village dated to be from 1400-1650 CE. The site is spread across 30 acres, with one-room houses arranged around a central plaza. Archeologists, who have been studying the site since the 1970s, have also found evidence of storage facilities, gardens, and cemeteries. This Hovey lake village is supposed to have been abandoned around the 17th century, probably due to warfare with other tribes and diseases brought in by European settlers.

Even if you don’t get to see the remains of excavations and other investigative work by scholars due to the ongoing pandemic, the surrounding Hovey lake is worth a visit for its varied wildlife sightings. Hovey Lake Fish and Wildlife is nestled in the Ohio River and Wabash River floodplains. The area has a 1,400-acre lake, marshes, sloughs, and hardwood forests with hunting and fishing opportunities.

Another fun fact. This historically and ecologically rich land was designated as ‘swampland’ and was in the hands of a canal company, and later with one Charles Hovey, from whom the Indiana department of natural resources acquired it. So, check with the department before you plan fishing trips.

The best and most well-preserved of all native Mississippian culture sites is Angel Mounds State Historic Site in Evansville. It is a vast place and consists of several earthworks, an interpretative site, recreations of Mississippi houses, and hiking and biking trails through a stunning nature reserve.

The best part is that the Indiana State Museum, which administers this site, has reopened and is organizing summer camps for children. It is the best way to step back in time and explore a 1,000-year-old culture and learn the story of people who built 12 majestic mounds from 1,000 to 1,450 AD. The interactive section allows one to see the pioneering work of archeologist Glenn Black. You could attempt to reconstruct a broken clay pot, just like he must’ve done. If the past is getting too much, you can go on hiking tours or attend farm fests that will be held through April.

What is history without another fun fact? The place was a working farm of the Angel family, and the Indiana Historical Society purchased it in 1938 to protect it from ‘development’. Black and colleagues unearthed more than 2.5 million artifacts in just a year’s time. That’s a lot of history saved in the nick of time.

There are more such sites in and around Indiana. For instance, remains of a mastodon, an animal from the extinct Mammut family that closely resembles an elephant, were found from Prairie Creek Site in Daviess county. Soon, archeologists came digging and found that the site had a major Paleo-Indian connection – the first set of peoples who came and settled down in the Americas.

Then there are the breathtaking Wyandotte Caves in Leavenworth that are home to several species of bats and Mississippian culture traces. Maybe, the caves are not ideal spots during Covid. The best way to learn more about Indiana’s founding people would be to attend an interactive lecture about the same at the Indian State Museum.  You can learn more about art, stories and lives of the founding people as ancestors who live through the various Native American communities today. There will also be a session on Native American food, where a Shawnee cook makes grape dumplings!

The State Museum has a slew of other exhibits that features colonial historic monuments with intriguing names – Lanier Mansion, Levi & Catherine Coffin House, and Culberston Mansion. But that might be a story for another day.

so, would you visit this city when exploring the US?