Top 8 Things to Do in Verona – Italy Travel

There are so many incredible things to do and see in Verona that you couldn’t possibly fit them all into one vacation; this ancient city has something to suit the whole family, whether that’s small children, college students, or grandparents. To help you plan your holiday, we’ve rounded up eight of the best activities for you to do in Verona. 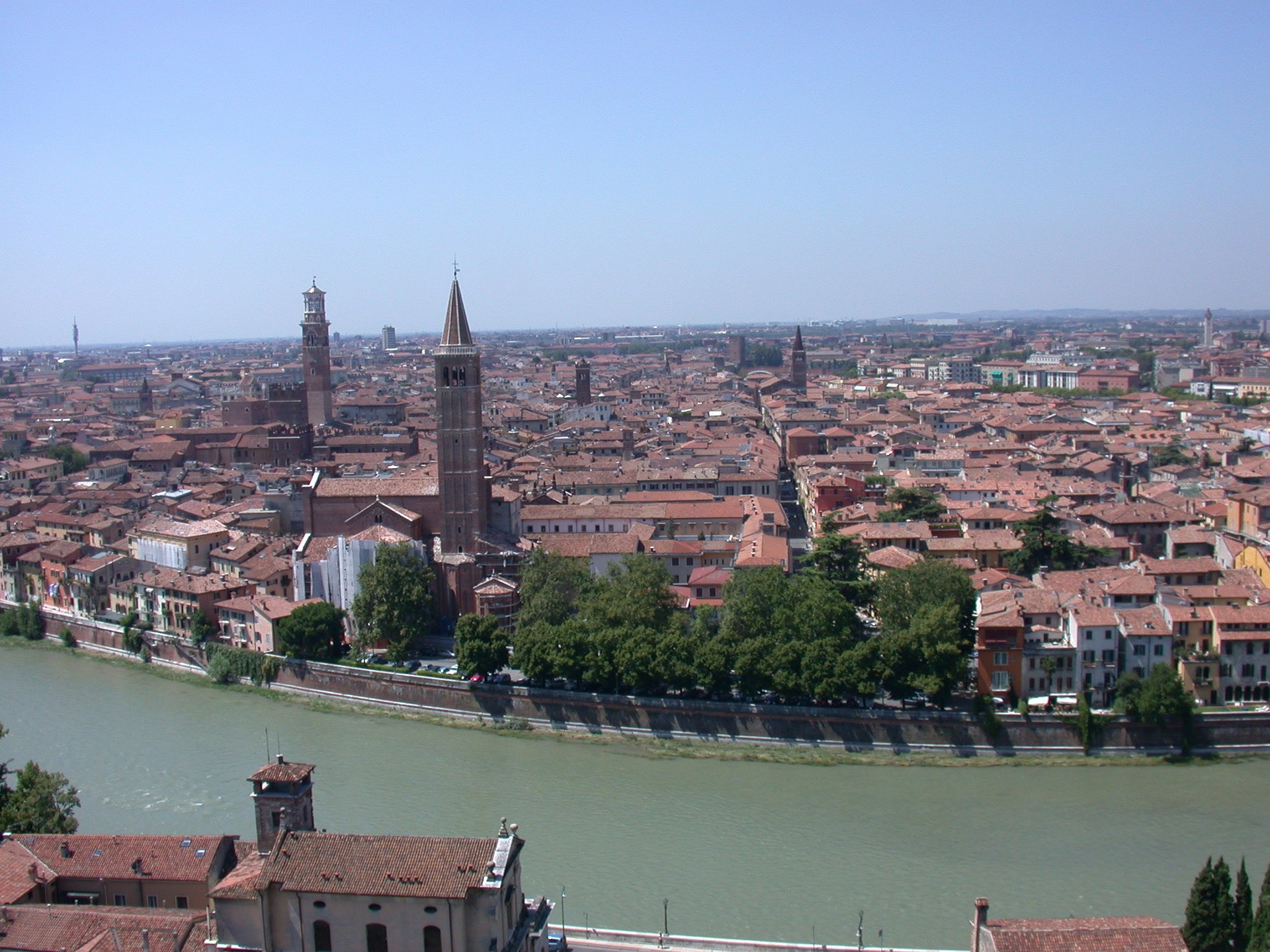 1. See a show at the Arena di Verona

This national landmark is unfamiliar to most people outside of the city, but this Colosseum, built in 30 CE, is just as breathtaking as the one in Rome and slightly better preserved. Plus, you can occasionally see live shows here.

2. Elope at the Basilica of San Zeno Maggiore

This simple, but stunning church is one of the most important religious buildings in the city, but it was also the site of Romeo and Juliet’s marriage in the classic Shakespeare play.

The first century CE arch that once stood here was part of Verona’s defenses and then served as a gate into the city center, until it was destroyed during the Napoleonic era. Luckily, it was rebuilt in the 20th century, using original designs, so visitors can see it in all its glory. It’s especially magical at night, when it’s illuminated.

Once the longest bridge in the world, this landmark is made from red brick and decorated in the same style as the Castle Vecchio, making it stand out boldly from the city landscape. More adventurous travelers can climb the stairs in the bridge’s towers for a magical view of the city and the river.

5. Get spooked at the Scaliger Tombs

These gothic funerary monuments, dedicated to the Scaliger family who ruled Verona for many years, are the perfect destination for those interested in the macabre. There are five tombs in the enclosure, including one featuring a death mask that is built into the wall of the adjoining chapel.

6. People watch at the Piazza DelleErbe

People watching is a favored activity for many tourists, so prepare to eat lunch in this charming town square in the historic center of the city. The square, which is a hub of activity, is also lined with historic buildings, fountains, and statues.

One of the largest lakes in Italy, this offers plenty of attractions to visitors from boat rides to amusement parks to windsurfing.

Bear in mind that Lake Garda is not easily accessible via public transport, especially if you’ll be taking sporting equipment or camping gear, so driving may be much more convenient. You can also save money on hiring a car at Verona airport by booking in advance, here for example, so it may even work out cheaper than the bus or the train.

8. Go shopping in the Centro Storico

Italy is famed for its shopping districts and Verona is no exception. Head down to Via Mazzini, the main shopping street in the Old Town. It has everything from global names to European high street stores to indie designers.