Top 25 Most Dangerous Cities in America for Students to Education

According to the researchers from https://researchpapers.io there seems to be an annual renewal of fear in both students and their parents regarding the Dangerous Cities in America with various learning facilities. Do you know which are the most Dangerous Cities in America?Here is a list of 25 so you can be more careful if you are planning to study. 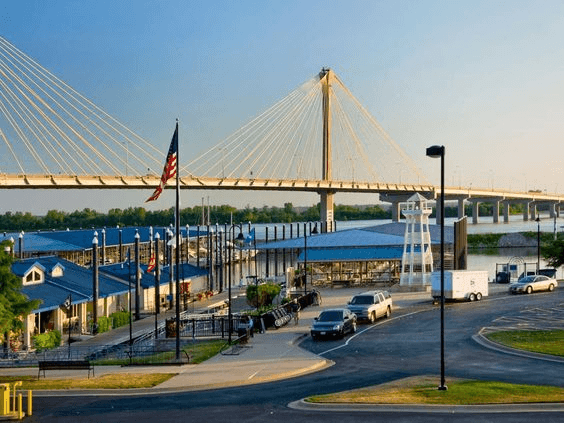 In the USA, from time to time, there happen life-threatening situations like classroom shootings, clubhouse massacre, rape, gang violence, etc., which makes some areas dangerous to study and live in. The recent shootout claimed 17 lives and other damages.

In this article, we will consider 25 cities in the US, which we recognize as the most dangerous ones for people in search of further education! Since students are also a part of the total population, talking about everyone’s safety will be more appropriate. Therefore, in descending order, we show the top 25 most dangerous cities. In this article, we depend on the VCR, which is the reported violent crime ratio to 1000 people. It shows the possibilities of someone falling a victim of robbery, aggravated assault, rape and murder.

Top 25 Most Dangerous Cities in America for Students to Education

In Monroe, the chances that a student becomes a victim is recorded to be 1 in 44 cases, because the VCR is at 22.8%.

St. Louis’ population isn’t the highest in the USA, but the reported violent crime in comparison to its population (20.82%) makes it rank in the top 25 most dangerous cities to live in as a student in the US. Over the years, the number of homicides has continuously been on the high side.

In Michigan, Detroit ranked as the most threatening city for students, the probability of becoming a victim is 1 in 49.

Baltimore has a VCR of 20.4%, the highest rate in Maryland. You can be a victim in 1 to 49 chances. The city is the host of the University of Baltimore and Morgan State University.

Most dangerous city in Tennessee with VCR of 20.15. There is 1 in 50 chances of being a victim.

Another city in Michigan State with a high VCR, 19.7%. The chances of becoming a sufferer in Flint is similar to that of Camden, NJ.

Pine Bluff in Arkansas has a VCR of 18.6%, and the possibility of becoming a victim is 1 of 54 cases.

Gadsden is a bit less dangerous compared to Bessemer in Alabama because it has a VCR of 17.3%. In Gadsden, you can become a crime victim in 1 of 58 scenarios.

Kansas City’s VCR is 17.1%. The chances of being the casualty are also 1 in every 58 cases, like in Gadsden city.

Wilmington city of Delaware, also falls into this top 25 most dangerous cities in America, with a VCR of 17.0%. You can in 1 of 59 cases be the fall guy.

Saginaw with a population of 48,677, shares the same ranking with Rockford because they have similar values of VCR and chances of being a casualty. The crime index is 12%.

Chester has a VCR of 16.1%; it is safer than only 6% of cities and communities in the USA. The chances of becoming a crime casualty are 1 in every 62 cases. A proportion was higher than 1 in 319 criminal cases in the entire Pennsylvania.

Milwaukee has a crime index of 4, which means it’s only safer there than 4% of American cities. It as well as Chester share the same spot on this ranking due to the same value of VCR and casualty chances.

Myrtle Beach in South Carolina is another dangerous city for students with a VCR of 16.0% and 1.59% chances of being the crime fall guy.

VCR in San Bernardino is at 15.7%, and you can be a victim in 1 of 64 incidents. A typical instance of the danger posed by this city is the 2017 North Park Elementary School shooting that claimed the lives of 3, including a student.

You are likely to be in 1 of 64 dangerous situations in the city of Cleveland, which has a VCR of 15.6%.

Alexandria’s reported rate of crime is at a high 14.6%. It means there is a possibility of you going down in 1 of 69 criminal scenarios.

Stockton has a crime index of 5 while 14.3% is the VCR. There is a 1 in 70 chances of been at the receiving end of a crime if you are a student in this city.

Chattanooga is a city in Tennessee with a population of 174,483 and the reported violent crime to population rate is at 10.66%.

All in all, keep in mind that even in the safest city, one should pay attention to his or her behavior. If you are polite and unproductive, there is hardly a chance you become involved in crime. But remember the old saying ‘better safe than sorry,’ so if you have an opportunity to avoid enrolling into the university in the cities above, don’t risk and search for the learning facility in another town.

Which are other Dangerous Cities in America for students that you know of?