Travelling, especially long distances, can get pretty boring whether you’re alone or with friends and family. Seeing the same scenery hour after hour when you go from point A to point B can be exhausting, so it’s important to keep yourself entertained to make time pass quickly. They say that the journey is more important than the destination, but those who say that have clearly not traveled on trains that passed by nothing but fields for the entire duration of the journey. With the advent of electronic devices, it is easier than ever today to be occupied with different apps and games. A mix of traditional travel games and new ones like the toy bug by hexbug are sure to keep you from falling asleep in the backseat of a long road trip. 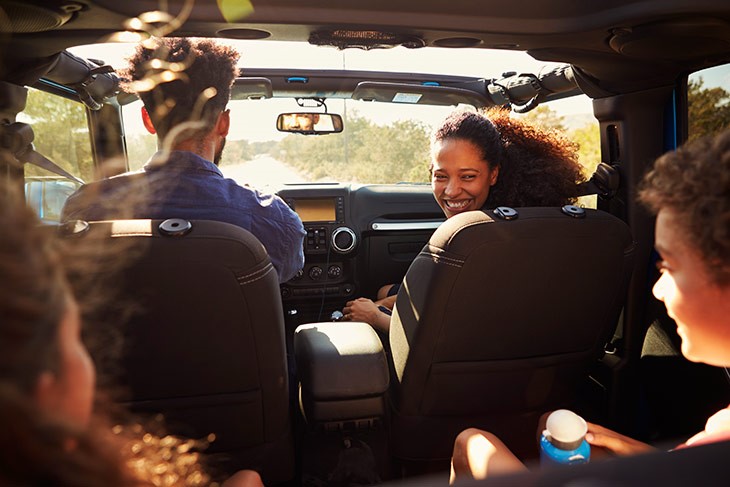 This is the classic game of an unending story, where the first player starts by saying a sentence, and ends with “and…”. It moves on to the next player, who adds one more sentence, and says “and…” to continue the story. In some versions, the players each can narrate four or five lines before stopping at an important part and hand over the story to the next player. This is a great game because it is suited for both kids and adults, and also for two players, since there’s no need for four or more, as is the case with many board games. Ideally, the game ends when the destination is reached.

Related Read: Things to do on a long Bus Ride

The beauty of this game is that it is available as an app and it is also possible to play it without a mobile device. The premise is to present to the players two completely unlikely and imaginative scenarios, both of which have some sort of catch. The players will have to choose between the two situations what they would rather do. If you feel like you can’t come up with scenarios on your own, you can download many versions of this game for free as an app on your phone.

Did You Hear That?

This is a points-based game, which is talks about recent events and pop culture. One person starts by saying, “did you hear that?” and adds a news story which is either real or fake. The other players will say “that did not happen” or “tell me more” depending on whether they believe the story. If the player is right, they get two points, and if they’re not, the person with the news gets to steal one point and get two more.

Heads Up! or 20 Questions

This is another game which can be played on a device or traditionally. In the traditional version, called 20 Questions, one of the players thinks of something in a given category (such as food, celebrities, music, so on), and the others have to use 20 questions to ask about the thing. The player who guesses within the 20 questions wins. In the app version, the phone already provides the subject in a category, and a player is chosen who can’t see the phone but guess what is on the screen. The other participants give them as many clues as possible to help them guess in a time frame.

Sometimes, you’re not lucky enough to be travelling long distance with others to keep you company, but you might be more thrilled about that if you knew that there are simple ways to make money on the go. There are websites where you can play real money online slots, roulette and blackjack which are all highly entertaining and really easy get into when you’re looking for something quick. Not only will you be killing time by playing casino games, but you can also earn cash so you’ll be utilizing the time more wisely. While playing, remember to only trust reliable gambling and casino sites like CasinosRealMoney.com who are verified and run by gambling experts.

The rules of this game are simple: one person opens with a situation and makes it fortunate, and the next makes something unfortunate about the previous situation. The players alternate with “fortunately…” and “unfortunately…”. The last person standing when the other players cannot think of ways to further the game is the winner.

This one is a little different, as this game doesn’t really involve being busy while you’re traveling somewhere, but doing so when you’re actually experiencing your trip. The goal is to collect as many regional foods as possible on your trip, from the beginning to the end. This could be a locally grown food item at a supermarket, food stop, or a gas station. It’s not a matter of who collects the most that wins, but the one with the most locally made food succeeds.

Never Have I Ever

Although the traditional way of playing this game is to present a “never have I ever…” situation and taking a sip of your alcoholic drink if you have ever, having booze on a journey isn’t ideal, especially if you’re on a road trip and the one driving the car. There is, however, a card game which is better to play on the go. The Never Have I Ever card game has rule cards and play cards, and the first player to get 10 play cards – meaning they have, in fact, participated in the scenarios mentioned in the play cards – wins.

This is a good game for those travelling in large groups, as it’s simple, light and fun. A person picks the name of a celebrity, and the next one will have to come up with another famous name with the last name of the first celebrity. It should keep going smoothly, and those who stumble or take too long are out. If someone mentions a person with the same letter for the first and the last name, the game reverses.

For those who are aspiring to be wordsmiths, this game can keep the group at it for a long time. The idea is to start by choosing a random word, any word at all, and then the next person will say something that is associated with it (“desert” followed by “suntan lotion”). The game ends when a player takes too long or associates something which is far off.