Guide for Renting a Car and Driving in Costa Rica (+ Tips)

Guide for Renting a Car and Driving in Costa Rica (+ Tips) 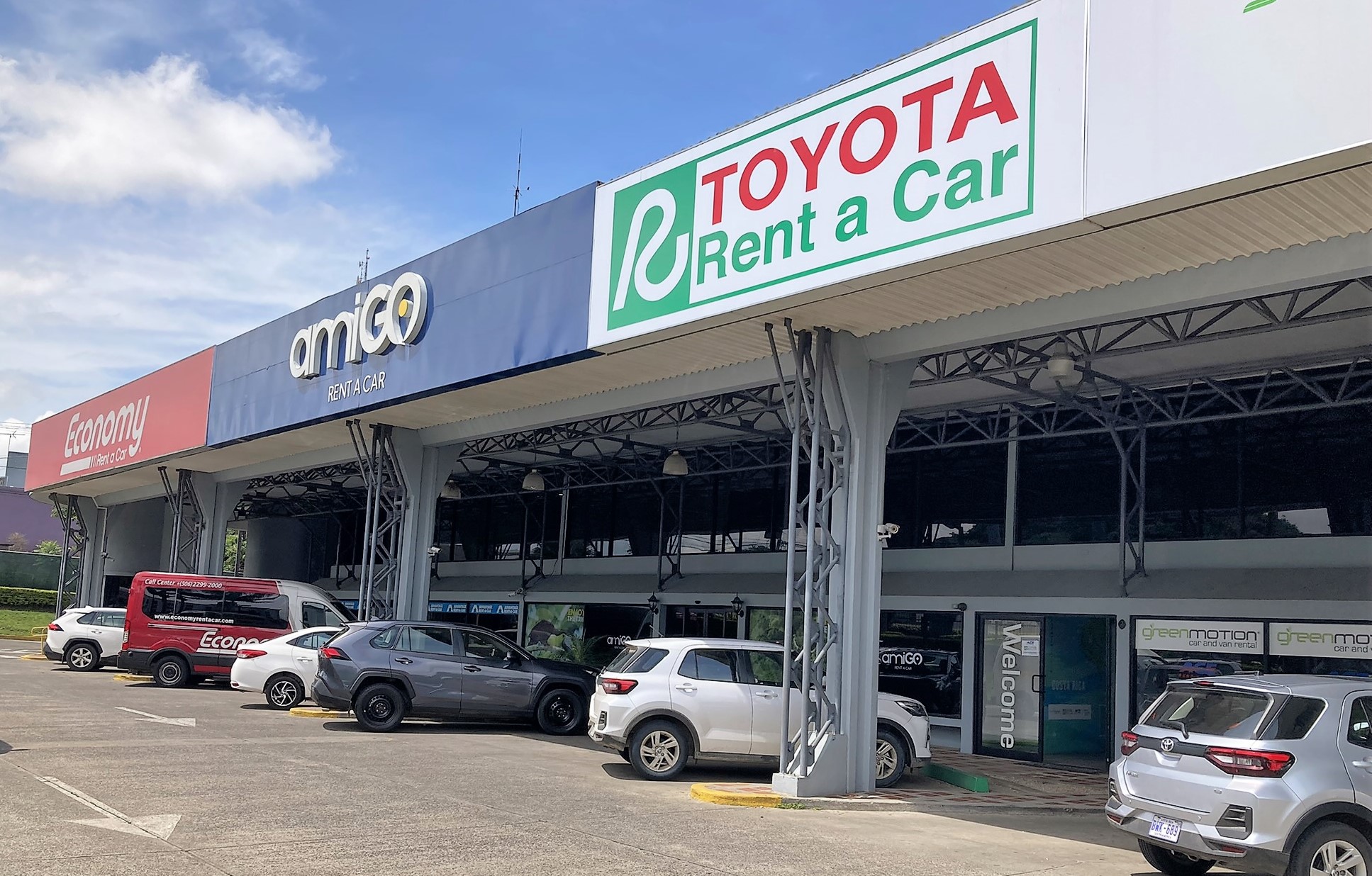 Whether you want to drive by yourself or hire a driver, knowing how to rent a car will come in handy to decide which one you go for.

Renting a Car in Costa Rica

Renting a car in Costa Rica is pretty simple.

You could just go up to their little kiosk, their little office, and then they will probably shuttle you themselves or call in a shuttle. But some of them are not actually located in the airport as far as the office. So just walk outside and ask any of the airport attendants and they will either get you a shuttle called for you, or the actual rental will be already waiting for you because they know that you guys have your car already ready for you. So once you get through that, you get to the office. It’s pretty simple stuff.

However, this is important. In Costa Rica, it does not matter if you have bought at the top of line car insurance, your credit card covers car insurance and all of that. It makes no difference because there is mandatory car rental insurance that you have to buy no matter what. They do not care if you have all the other stuff because it’s kind of like extra money in their pocket. So remember that when you rent a car, it will depend on the size of your car, and on the kind of insurance you get.

You could get basic insurance, you can get everything covered, and it could be anywhere between $10 per day to $30 per day on top of your car rental payment. Very important to understand this. And a lot of times it also depends on if there is an actual kiosk in the actual airport, and they tell you that it’s an airport tax fee, usually, you’re paying the rental of that little office space. So remember that as well. Usually, you cannot avoid that.

It is another mandatory fee.

The other thing is if you want to pick up your car and let’s say you arrive in San Jose and you want to drop it off at Liberia, you could easily do that. But there is an extra drop-off fee. It could cost anywhere between twenty dollars to fifty dollars extra. Those are the basics that you need to understand and know, and it’s totally doable. 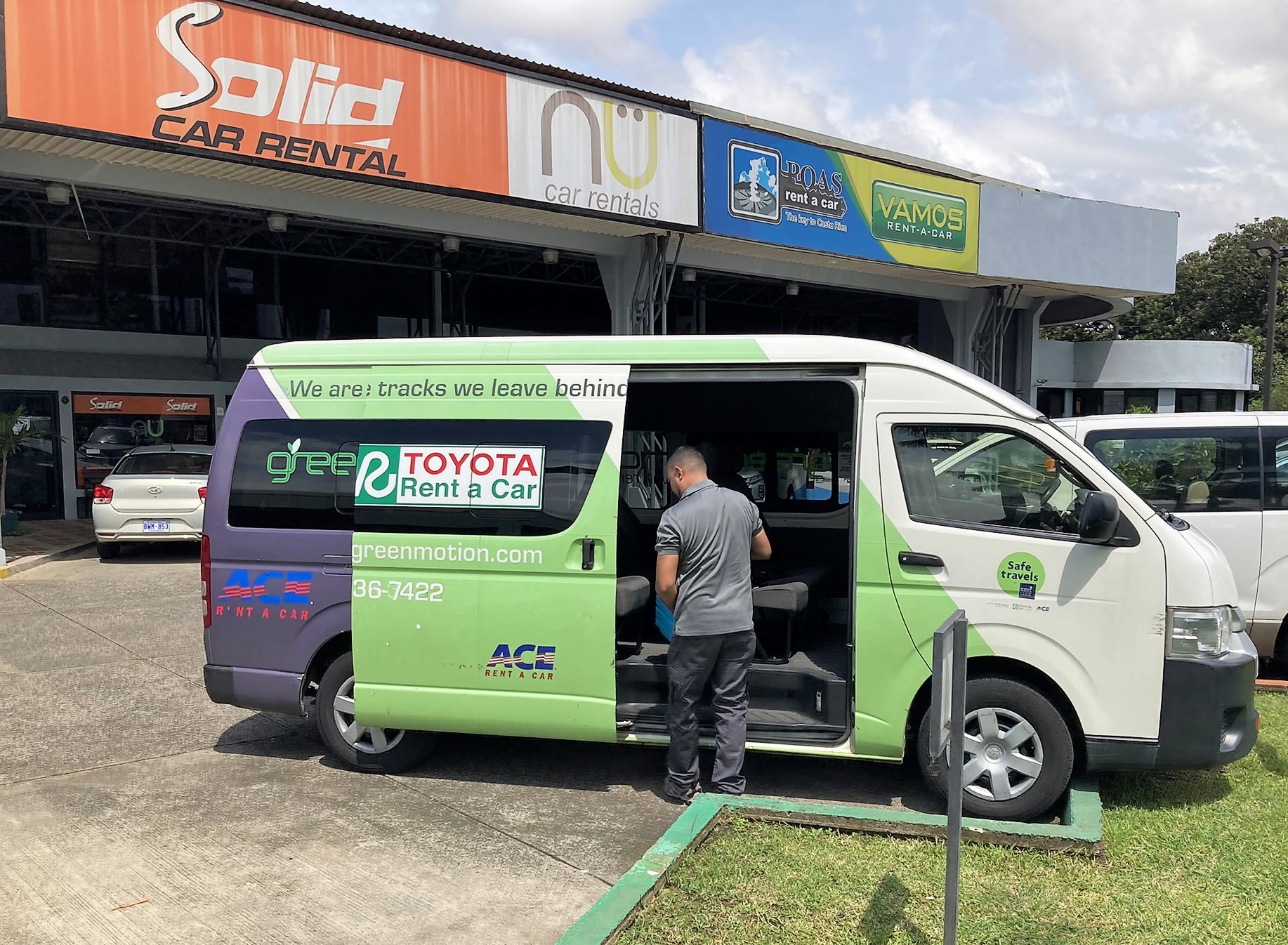 In Costa Rica, there’s one little, tiny thing. The gas prices here, it’s a monopoly, almost. And it’s kind of a good thing. It’s crazy expensive, which is not a good thing. Let’s say in other parts of the world, gas is $4. Here it will be between six and $7 per gallon.

You can’t avoid that. So don’t even bother wasting time bitching and moaning about it. The thing about here is, no matter which gas station you will go to, they all have the exact same price. So a lot of times you won’t even see the price of the gas because it doesn’t matter. It’s the same everywhere, and it’s usually a lot more expensive than in other countries.

So this is just something you do need to understand and be very well aware of.

The roads overall are perfect, and they’ve been fixing the roads and putting in new highways, but there are still a lot of holes.

But going from getting into Monteverde, the last kilometers are usually pure dirt. So you do need to even though it might be 20 km, you’ll have to add in an extra 30 to 40 minutes because it could be really difficult.

So that’s why you also have to understand where you are going in Costa, because some places you’re going to, you will need and can only get to those places with a four-by-four. But again, that’s less than 20% of the country. So just do your due diligence.

When you go to Monteverde and you are renting a car, definitely get a 4 x 4. Also, if you go into the southern areas of Costa Rica, like Drake Bay, Puerto Jimenez, you do need a four x four. But the rest of the country overall, it’s pretty easy driving.

Keep Up With the Loca News

Just keep up with the news if you’re here during the rainy season because there could be landslides or road collapses. It’s not uncommon.

The other thing is there are tolls. There are quite a lot of tolls because of all these new highways and roads that are coming up. And the cool thing about tolls, is they’re not that expensive. There are a lot, and if you don’t have colones, which is the currency of Costa Rica, they do take dollars, absolutely no problem. So just come with smaller bills or already come with colones. So this is just a basic general understanding of driving in Costa Rica.