How to Get the Most Out of Your Tikal, Guatemala Experience

Tikal Maya Ruins is one of the most special places in the world for my family and me. Why? Because this is where my husband and I met thirteen years ago and Tikal has many fun facts. Since then, we have taken our sons to visit the ruins so they too can see the magic this place possesses. Normally when my family visits the park, we usually stay in Flores. Flores is an adorable island on Lake Peten Itza about 45 minutes from the actual Park and is one of the more popular places to spend the night because of the large selection of hotels and restaurants. Plus, it’s super fun to walk around with its European feel.

However, this last time we wanted the full experience of Tikal, the way my husband and I remember it (almost).

How to Get the Full Experience While Visiting Tikal, Guatemala

Tikal Ruins is one of the only Mayan ruins that you are permitted to visit for sunset and sunrise. Which is truly incredible because this is also when the majority of the wildlife comes out.

This time we decided that arriving in the morning when the kids wake up and after breakfast isn’t the right way to go. Since we would also be getting there after all the wildlife is resting from their own breakfast. A sunset tour became the ideal solution.

NOTE: Sunrise tour with young kids is too difficult. Waking them up at 3:30 am isn’t fun for anyone. With that in mind, the sunset tour rocked as well.

Staying at Jaguar Inn Tikal – Why It Is a Great Choice

Thirteen years ago when my husband and I met, we stayed in the park. However, we were in the camping ground rather than a hotel. With kids everything is different. As much as my sons beg me to camp, I have fully outgrown this side of me and need comfy beds for all of us. And most importantly a private bathroom and hot showers (no matter how blistering it is outside).

I stumbled upon Hotel Jaguar Inn Tikal when searching for a place to stay for us when visiting the park. The hotel is completely in the park and was a perfect find. Our room had four really comfortable bed, a great bathroom, and the hotel had a restaurant with internet and plenty of vegetation to keep my boys excited about staying.

NOTE: When staying in the park there are a few restrictions and limitations such as no TV and lights are out by 10 pm (including all electricity altogether). When we weren’t exploring the jungle, our porch and hammock also got plenty of usage. Entrance Fee – to enter the park, you need to pay $25 for foreigners and $4 for Guatemalans. The price is good for all day, however, if you arrive here at 3:30 pm you get the next full day included in that price.

Sunset and Sunrise fee – as of last year, a new price is added for these visits. $12 extra for foreigners and $3 for Guatemalans.

Jaguar Inn offers all tours at great prices, for a four-hour tour it is usually $20 per person. Recommendation – when traveling with really young kids a private tour is a much better way to see the park. Kids get super restless and need to move on. When you are in a group tour this can be tough on everyone. For an extra nominal fee the private tour will be way more enjoyed.

What You Will See In Tikal Guatemala Wildlife We Saw on our Tikal Visit

Ruins are great fun and all, but the most fun is searching for the wildlife. This is what will keep your young kids most interested. Porcupine – We have never seen one before and at first, glance thought it wasn’t real Monkeys – this is the main reason my baby was excited to be here. We saw a troop of spider monkeys and it made his entire Tikal stay amazing. And some mating action too

Tarantula – did you know that Tarantula’s are the least scary spiders. They don’t have venom if they bite, and they rarely bite. So it is easy for people who know where to find them and how to handle them to take them out of their hole. Such as this guide. And my oldest was daring enough to play with it as well. 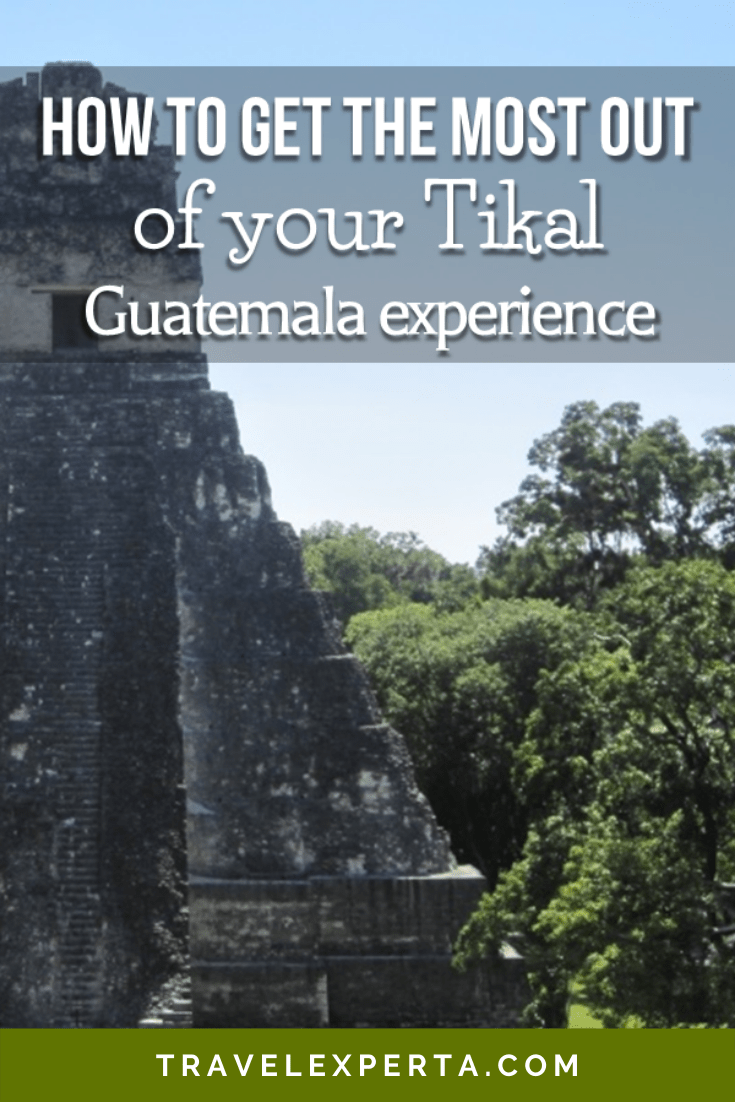 4 thoughts on “How to Get the Most Out of Your Tikal, Guatemala Experience”