As a proud participant of this world of technological advancement, we boast everything that is needed to relish the world for instant happiness. At the same time, these gifts of technology have limited our scope of movement. We have started falling prey to the modern facilities that are meant to charm us for an abbreviated moment and harm us in a long spell. While necessities used to be the mother of inventions, these inventions have become our necessity. We have become hugely dependent on science and scientific modes of convenience. In case of any smaller disorder, taking prescription pills for instant relief is so usual for us, while ignoring the side effects. Not that people love to ignore the aftereffects; we are not much aware of a better substitute. Ayurveda, the ancient India-born science for complete healing has proved to be a promising alternative of the chemical pills and modern approach to scientific treatment. Ayurveda is literally made of two Sanskrit words- Ayur, meaning the system of life and Veda, meaning knowledge. Ayurveda talks about life and the biological system of the body. The description of the human body in Ayurveda is defined as the balance of every kind of nutrients, all aspects- physical, mental, and emotional, as well as the daily routine. This is what makes people attracted towards the therapeutic behavior of Ayurveda. While the Ayurveda science, it’s training, and treatment are available almost everywhere in the world, while the Ayurveda courses in India, particularly Kerala who happens to be the motherland of this science is considered the most avowed destination for traveling the path of Ayurveda. Let’s discuss the three core reasons that make Kerala an ideal destination for the Ayurveda-lovers in detail.Three reasons why anyone traveling to India should consider Ayurveda courses.Learn all about my top Ayurveda courses in Kerala India. 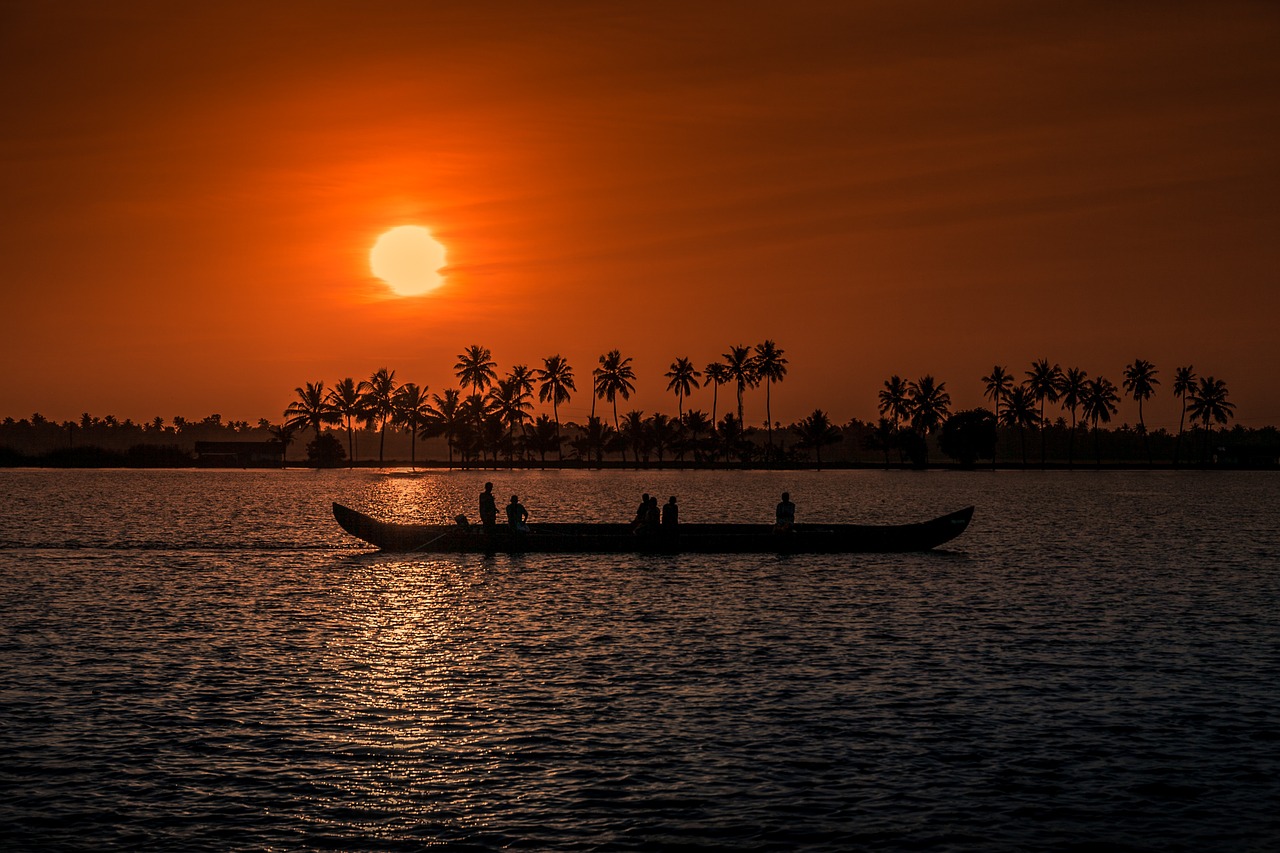 The Ayurveda science is native to Kerala

The best form of anything can be found in the place of its origin. Ayurveda, the ancient Indian art of healing has its history in the southern state of Kerala, where it took birth. Ayurveda in Kerala is based completely on the traditional texts and practices having root in the Vedic era. If there is one place where the purest form of Ayurveda can be availed, it is Kerala. Whether you are going to learn the art of Ayurveda massage for getting treatment or attend Ayurveda cooking course India to attain the benefits of Vedic diet for lifestyle sustenance, there are a number of reasons that support Ayurveda riches in the state. First, the medicinal science is a prominent part of Kerala’s culture and history that has produced a huge number of Ayurveda experts over the years. Second, the climatic condition favors the growth of herbs and organic plants that are used in various Ayurveda treatments. No place in the world boasts an equitable whether as Kerala does that allows the herbal medicines to effectuate at their best. If you are seeking the finest glory in Ayurveda, Kerala, without any doubt is the best place to be in for all kinds of services the healing discipline offers.

A diverse range of Ayurveda centers and qualified Ayurveda practitioners

Kerala is home to the most eminent Ayurveda centers in the world. Owing to the fact that the Medicinal science has been prevalent in the town since its dawn, Kerala has become the biggest hub of Ayurveda education on the globe. The presence of this science in the culture of Kerala has been producing some of the finest Ayurveda experts and gurus for centuries. Whether you want a school offering luxury along with the training or looking for Ayurveda courses in India at pocket-friendly prices, Kerala caters to each and every soul. In case, you love to enjoy the opulence of natural vegetation or the charm of beach life, you can have these all at one place in Kerala. Several thousand people from all over the globe visit the land of coconuts for getting Panchakarma treatment in India for a number of chronic diseases. Ayurveda’s sister science, Yoga can also be enjoyed along with getting healed through herbal methods at an Ayurveda school in Kerala. Furthermore, Most of the Ayurveda courses in Kerala also include the teaching of Kalaripayattu, the most ancient form of martial arts born in Kerala. This way, you have the opportunity to get introduced to the science of Kalari as well.

The pulchritudinous Nature of Kerala

There is no comparison of the natural treasures of Kerala. The best is what defines Kerala when it comes to nature and natural beauty. Located in the southern tip of the Indian peninsula, Kerala is bounded by the Laccadive Sea from its west that has resulted in a number of scenic beaches in the state. The splash of Western Ghats garnished with thousands of herbal verdures makes Kerala a stunning spot for seeking enlightenment. Along with Ayurveda training and therapy courses, the retreat programs are organized amidst such a picturesque environment of the region that is a therapy in its own. It is extremely pleasing to enjoy the warmth of Ayurveda along with witnessing the white comeliness of Athirappilly waterfalls. In addition, the natural way of life can be experienced to the deepest only in the Indian province of Kerala.

Such has been the natural and Ayurveda importance of God’s own country that just being there is a blessing in green. So, take a leap and enjoy the bliss of health and wellness.

Author Bio- Manmohan Singh has been a practitioner of yoga and Ayurveda for the last 12 years. He is managing director of Rishikul Ayurshala, an authentic Ayurveda training institute. The Institute offers Ayurveda courses in Kerala India and Ayurveda cooking classes in Kerala India. The institute’s goal is to provide the simplest healing solutions and treatments for multifarious health problems. Apart from the institute management, Manmohan Singh loves to spend time writing, doing photography and traveling.