7 Spellbinding Things To Do In Vatican City

The Vatican is the smallest country in the world, and it has a history just as intriguing as its size. With its long and storied history, Vatican City has been home to many pivotal events in the past. At the same time, it is a wonderful tourist destination for its high-quality Renaissance art and architecture. You may not find all of these things in the usual you take around Rome tour, but they are worth seeing. Here are some of the must-see places and things to do in Vatican City when you get the chance to wander. 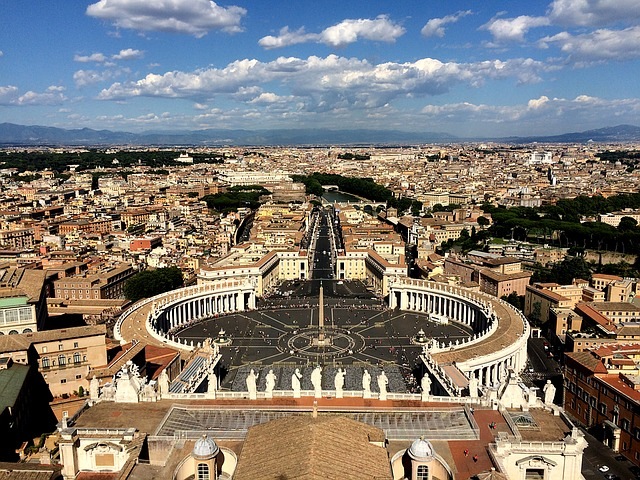 Things to do in the Vatican City

The Vatican Museums is Vatican City’s most popular tourist attraction. It contains a large number of art galleries and collections that were gathered over the centuries by Vatican City’s various popes as well as other Roman Catholic authorities.

Some people say that there are so many exhibits in the Museums that they never see everything in one visit. If you want to give yourself a fighting chance of seeing them all, then get your Vatican museum tickets early and go late in the day when it will be less crowded. Another tip is to go on a weekday when the museums are less busy.

This castle was initially built as a mausoleum for Emperor Hadrian (of the same name). It is also known as the ‘Hadrian’s Mole’. Through this new kind of building, one can see how even castles and fortresses were influenced by classical architecture. The castle has played a few key roles in the history of Rome.

At one point, it became the home of the popes and was also used to protect them from their enemies.  Later, it became a prison. It is now known as the Castel Sant’Angelo and is one of the most visited tourist attractions in Vatican City.

St Peter’s Basilica is Vatican City’s largest church and one of the holiest sites in Christendom. This basilica was not built by an emperor but was founded by none other than St Peter himself—the first pope. The current basilica was built in the 16th century, and it is considered an artistic treasure. If you are pressed for time, then you can skip the Vatican City museum tours and just go to St Peter’s Basilica instead. This church is the real attraction, and the art here is simply amazing.

Related Read: Best Cities to Visit in Europe with Family

A garden is usually a place for quiet reflection and Vatican City’s Vatican Gardens are no exception. The Vatican Gardens are located behind St Peter’s Basilica and it is where Pope John Paul II used to exercise. Its most notable feature is the spectacular view of the dome of St Peter’s Basilica that you get from the Belvedere Courtyard. You can also see many intriguing sculptures within its walls, but these cannot be found in any other garden around the world.

The Passetto di Borgo is a covered passage that links Vatican City with Castel Sant’Angelo, but the Passetto is not used for transportation because it still looks much like what it was in ancient times—an escape route for the pope. It was actually built as a means for the pope to flee from Castel Sant’Angelo without having to go through the town of Rome. The only other option would have been the Tiber River, but it was too wide and there were no bridges built crossing it back then. This passageway is said to be built in 1277 and it may look like something out of a history book.

Switzerland may not be one of Vatican City’s closest neighbors, but it could be the most romantic thanks to the company of The Popes’ Swiss Guard. The origins of this group go back several centuries when they served as guards for the leaders of the Catholic Church. They are still needed today because they serve both as guards and as tour guides at St Peter’s Basilica. Make sure to pack your camera because the Swiss Guards do not wear helmets—which is something you will not see anywhere else in the world except Vatican City.

As you can see, Vatican City is not only home to the pope and several notable works of art. It also has a lot of high-quality architecture, gardens, and historic sites that are definitely worth seeing. Whenever you get the chance to visit Vatican City, do yourself a favor and keep in mind these seven  ‘spellbinding’ attractions and make sure you don’t miss them.