Germany’s third-largest city has gained notoriety for famous beer festivals and world-class football teams, but there is more to Munich than meets the eye.Four On and Off the Beaten Track places to visit in Munich, Germany.You have to check out this list of things to Do in Munich.

The city boasts a unique blend of long-established traditions with the trappings of 21st century modernity. The skyline’s fairy-tale architecture indicates a simple way of life, but leading industry heavyweights ensure Munich is an economic powerhouse.

So for tourists on Munich city breaks, there is plenty to see and experience. But alongside the most popular and prominent attractions, what are some of the more unusual sights? 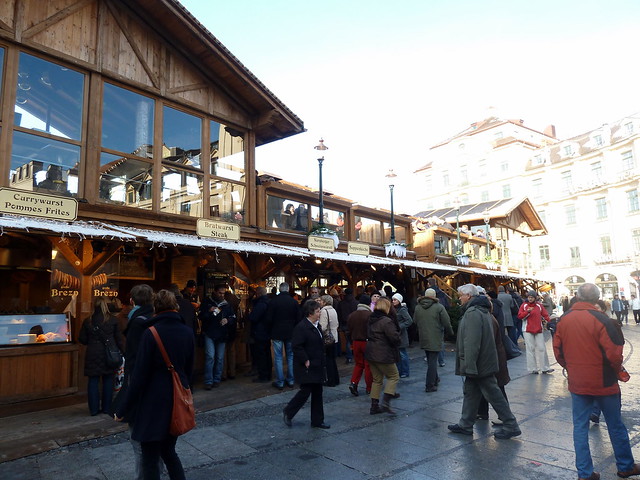 In order to fully understand the fascinating and unique personality of Munich, a trip to its city museum is necessary. A varied collection of clothes, weaponry, posters and paintings will appeal to both young and old.

Situated 10 miles northeast of Munich is the town of Dachau, which was the site of the first concentration camp built in Nazi Germany. Throughout the course of its 12-year history, more than 200,000 people were imprisoned here.

Walking around the remaining barracks provides visitors with a detailed insight into what life was like for prisoners while a museum features pictures, artifacts and details about significant events during the camp’s upsetting past.

Just a stone’s throw from the city centre is an expansive park covering around four kilometers, making it bigger than London’s Hyde Park and New York’s Central Park. Popular with both locals and tourists, the English Garden is a quiet oasis away from Munich’s bustling urban area.

In all seasons, walking or cycling around the park are both very popular pursuits. But in the summer, the scenic amphitheater plays host to several open-air concerts while boating events take place on the park’s central lake, known as the Kleinhesselhoher See.
Bavaria Film Studios

Germany’s answer to Hollywood is actually Europe’s largest filmmaking centre and has been responsible for major cult films such as Cabaret (1972), Das Boot(1981), and Die Unendliche Geschichte, better known to film fans around the world as The Neverending Story (1984).

Along with English guided tours, guests can interact with various props used in prominent German movies and watch an action-packed live stunt show.

Famous for hosting the 1972 Olympic Games, this area of Munich remains a green lung of the city center. But the main stadium’s striking architecture and the imposing Olympiaturm tower provides plenty of enjoyment for visitors.

Adventurous tourists can go on a guided tour of the stadium’s roof where the Bavarian Alps are visible on a clear day. In the tower, a revolving restaurant situated 181 metres above the ground provides extensive views over the city.

So from traditional and historical attractions to more modern and adventurous pursuits, there are an abundance of experiences on offer in the captivating city of Munich. And have transfer from Munich airport to any area you need to go.