Top 10 Things to Do in Krakow, Poland

Here is an ace guide to Krakow’s top 10 unmissable attractions that you can do in a  weekend break. 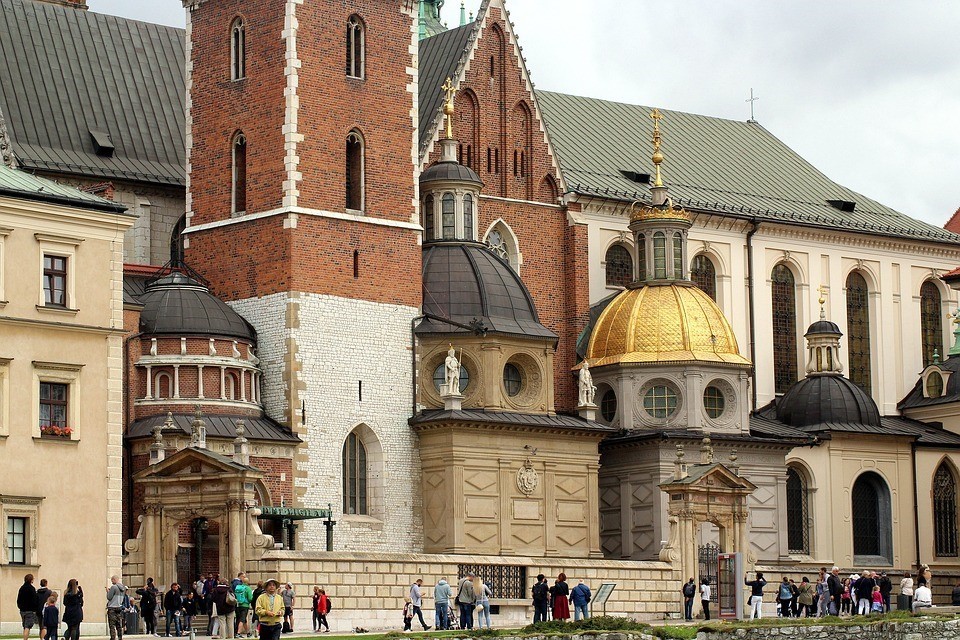 Related read: Top Things to do in Krakow with Kids

10 Things to Do in Krakow

Rynek or Draper’s Square in the Old Town is the largest square in Europe and was a textile and cloth trading center in the past. In fact, the world’s silk trading hub was back in the 13th century. The Cloth Hall or Sukiennice and Town Hall or Ratusz are museums now. The square itself measures almost 4 hectares and is host to a tremendous amount of activity including festivals, markets, and monuments. Rynek is surrounded by cafes, restaurants, hotels, pubs & clubs, a waxwork museum, cinema, theater, and live music venues. The St. Mary’s Basilica or Kościół Mariacki with its twin towers and bugler sounding every hour of the day from the tallest turret, is a marvelous 14th-century Gothic church.

Sightseeing tours are available directly from the main square as the carriages line the perimeter of Rynek in all their bright regalia feather headdresses. These two-horse open-top carriages will trot the Old town streets passing all the landmarks and monuments day and night and during the winter as the cabriolet version becomes a hard top with heating. Many ‘Just Married’ couples choose to parade their union with a famous Krakow Horse & Carriage ride.

It is also a perfect and leisurely way to see Krakow’s main city center attractions. The tour takes around 2 hours and is available all year round and heated in winter, you can book online through a company or agency offering this service. The tour includes the Royal Route through Krakow, the main city St. Florian’s Gate onto Rynek, and Royal Wawel Castle with its own cathedral on the grounds. Built on top of Wawel Hill this medieval fortress will certainly capture your imagination. You will also hear the Legend of the Wawel Dragon which resided in a cave under Wawel Hill near the banks of the Vistula River and to mark the dragon’s lair a huge statue of the dragon that actually breathes fire.

This fantastic interactive museum displays how life was centuries ago in Krakow spread over 4,000 m2! Exhibition areas cover Krakow’s sometimes turbulent history, daily life, and activities with all kinds of artifacts on show. One particular exhibit is the 693 kg lead ball called The Loaf, regarded as a precious metal back then, and the 11th-century burial chamber are top choices to see.

The sights include the Old Synagogue, Jewish culture, and history on display, and the Remuh Cemetery which dates back to 1535, the bargain market stalls with the most popular being on Plac Nowy. A visit to  Schindler’s Factory which Spielberg filmed for Schindler’s List and the nearby Nazi camp transfer departure point Plac Bohaterow Getta where many Jewish people amassed before being transported to Auschwitz. The area is filled with cafes, pubs, and restaurants and the nightlife scene is pretty intense.

It’s best to arrange a visit via an agency or dedicated company with a morning departure, too. Oświęcim which is the Polish name for this city was originally a concentration camp to hold Russian POWs. Approximately 10,000 soldiers were interned there, and not very many survived. Later, the camps were used for holding Jewish, Roma, and anyone else not to the liking of the Nazi regime. Today, the Auschwitz/Birkenau Memorial is a World Heritage Site and is a stark reminder of the horrific crimes committed there for all humanity to reflect upon.

A further attraction in the Krakow vicinity and only a 30-minute coach ride is the awe-inspiring salt mine. This particular mine has over one million visitors a year. Once again, a morning departure is advised to see everything properly. The highlight of the tour is St. Kinga’s Chapel, everything you see, touch, or stand on is or was carved from rock salt, even Da Vinci’s Last Supper is reproduced but totally carved in rock salt. The 5D interactive museum room is a truly magic experience.

This is a great opportunity to test your mettle and teamwork on a rafting challenge. This activity is popular with Krakow Stag Do groups and company bonding exercises. 2 hours spent on the Olympic standard white water circuit followed by a hearty meal and a few beers n sing-song will make for a great day. As always, there are specialized companies providing this service for an exhilarating day out.

If you have never shot a gun before or would like to, then make time for this super event. The sheer force and power of firing one of the most well-known automatic machine guns in the world is a feeling you will never forget, you get to use up to 7 different weapons, and you can take your target scorecards home.

The last activity I thoroughly recommend, especially on your first evening here in Krakow. It is a great introduction to visiting Krakow’s best drinking parlors. The many local breweries provide an excellent choice of beers and ales as well as non-Polish and mainstream brands, a guided pub crawl is the best way to appreciate Krakow’s unusual cellar and garden bars on the first night to set you up for the rest of your stay. Experienced guides will entertain you with drinking games, Karaoke and recommend the best drinks to try on your travels. Also included in some pub crawls entry to some of Krakow’s hottest dance clubs. You also have to try the Polish Vodka Tasting organized event, only the best quality vodka shots with platters of drinking snacks are provided, a great option to insert during the pub crawl.