The Unique and Unusual Sports of Thailand

Thailand is the land of speeding tuk-tuks and mesmerizing temples. It is also an excellent destination for tourists who love a good adrenaline fix. The country is home to a rich plethora of unusual sports and one-of-a-kind adventures. Some of the most popular vacation activities here are skydiving and bungee diving. For tourists looking for even more adrenaline boost, shark tank madness is available. Tourists are placed inside massive aquariums filled with sharks. There, they turn into “shark food” for a few minutes. Yup, that’s a thing!If you are curious to know what are some of the most interesting, hair-raising sports to try on your upcoming Sports of Thailand, read on.

Also referred to as “Thai boxing” or the „Art of 8 Limbs”, Muay Thai has an impressively rich history. One that is closely tied to the Sukhothai dynasty of the 13th century. Thai soldiers were trained in both unarmed and armed forms of combat. A mix of different martial arts elements belonging to the traditional Muay Boran. Muay Thai fighters are taught to use eight different contact points: elbows, knees, punches, and feet. They are also trained to perform Wai Kru Ram Muay, which is the dance ritual executed before a fight. Each fight is accompanied by Sarama music and the Mongkon or the headdress.

The sport was officially recognized at the beginning of the 20th century. Modern Muay Thai’s structure is largely influenced by British boxing elements. The popularity of Muay Thai gradually crossed country borders. The sport is now part of many international competitions. If you plan on traveling to Bangkok in the near future, check out one of the Muay Thai kickboxing camps there. Not sure where to start? One solution is to discover hidden Thailand by traveling on local buses. It’s the best way to explore the country while coming across local camps to join.

Outside of Bangkok, you could also meet some of the finest Muay Thai fighters and trainers in Samui and Phuket. 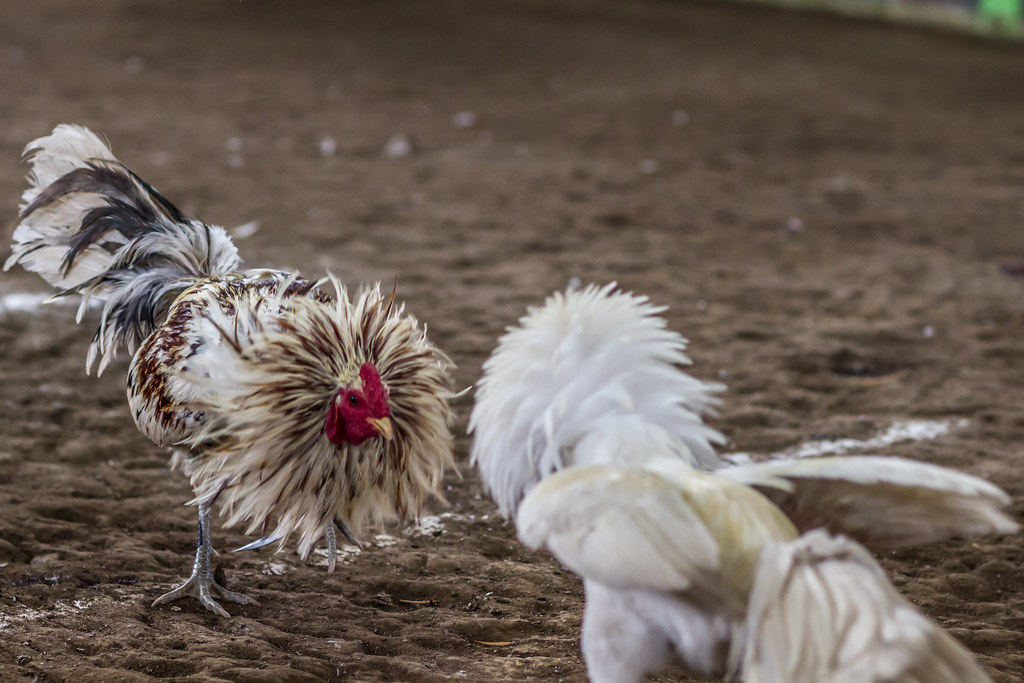 Cockfighting is perhaps one of the most controversial sports on the planet. It is also one of the most profitable wagering options deeply rooted in the Thai tradition. The most expensive fighting birds are worth up to $90,000. Physical stadiums and Thai online sportsbooks accept wagers worth hundreds of thousands of dollars. According to the Thai government, cockfighting has been popular in Thailand since ancient times and is part of Thai culture. The sport has been played here for more than seven centuries. It is considered a way of preserving the ancient culture while passing it onto the younger generations.

Thailand is also home to the famous organized Chonburi buffalo races. This strange racing tradition has a century-old history. Thai farmers from the Chonburi province used to gather at local temples and give alms to the monks there. They also brought their farm buffalos along and gradually started to organize buffalo races on slow market days. Today, these races are part of a yearly two-week festival that attracts hundreds of thousands of dollars into the local economy in Chonburi.

The races take place over a course measuring little around 110 yards. The course is placed in front of the city hall. On the big race day, the buffalos and their jockeys go through various tests of agility, speed, and balance. There is even a ‘Miss Buffalo’ pageant and a buffalo beauty contest for farm buffalos that are not suitable to compete in any of the race categories.

Traditional long-boat races are organized at the end of the rainy season in many different Thai cities. Once the level of the rivers reach their highest, the 92-feet long boats made of wood start racing. Here are a few excellent long-boat race festivals worth attending when in Thailand:

Kite flying is another popular sport here, especially during the winter. The sport is also practiced during the warmer season in March and April. Once the monsoon winds start blowing, rice farmers gather in open grounds and fly their beautiful kites. The kites are not simple diamond shapes. These farmers craft beautiful designs like Chula, Pakpao, Aeg, Crescent Moon, and Buffalo kites. They fly their kites at nighttime, as a way of relaxing after a long day spent harvesting. Tourists can attend important Chula and Pakpao kite competitions in Satun, Samut Songkhram, or Ratchaburi.

Thailand is a place to experience truly exotic things to those from more western cultures. The unique sporting events listed above are only the beginnings. There are incredible things to explore in almost any field you might be interested in. Beautiful nature, incredible urban settings, and a unique culture are waiting to be explored.