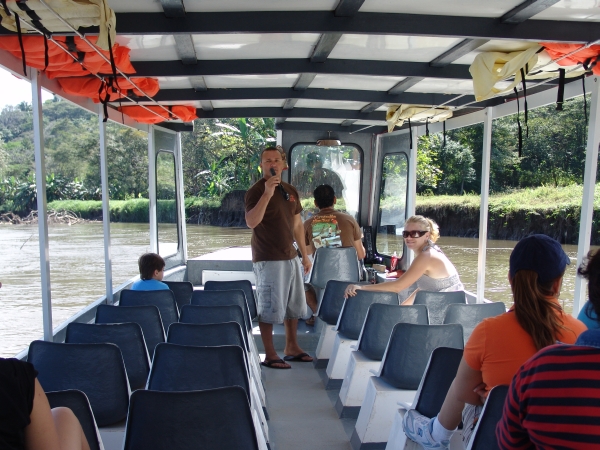 In Tarcoles, a river close to the popular hot spot of Jaco, live over 2000 American Crocodiles.

The majority of these crocs reach over twelve feet in length and can eat a dog in one gulp. They have been known to eat a cow or two from the surrounding farms.

With this knowledge, and also a drive over the infamous Tarcoles Bridge over Tarcoles River. Where you can get a glimpse of 50 or more of these incredible creatures, we decided to take a chance and come face to face with them.

So My husband and I signed up for the Crocodile Man Tour. 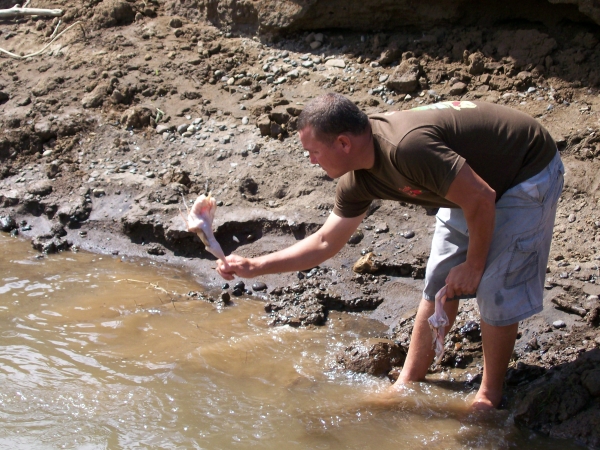 The tour is best known for the Great Feeding Show where the experienced guides feed the crocs with the same casual ease as we do when feeding a friendly dog.

Our guide knew all the crocodiles by name: Saddam Hussein, George Bush, and Bill Clinton. These guys are the biggest and ruled these waters. 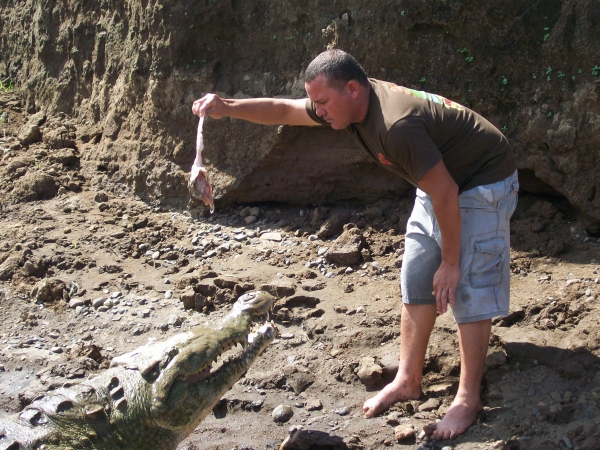 We had the opportunity to meet Bill Clinton (the croc). I have to say he’s gained some weight after his presidency.

This croc was definitely over twelve feet long, and weighed about half a ton – if not more. When up close, you can’t help but shiver at!