Disney has bypassed and over succeeded everything they have ever done with their Walt Disney Cruise Line. They seem to be able to push the envelope with whatever new niche they take on.

This is exactly what they did with Fantasy Disney Cruise Line! I had the great pleasure of being part of the Inaugural cruise with my fellow Traveling Mom community to see all the goodies and much, much more!

The Disney Fantasy Cruise Ship along with their other Cruise liners, are the ONLY cruises in the world that are allowed to do fireworks show out on the open sea. This alone is a treat beyond words, since not only do you get it out in the Atlantic, but you get the full Disney spectacular fireworks and show!

First you get the full on show. And what better one than a ‘Pirates of the Caribbean’ interactive show.

What is Jack Sparrow about to do? 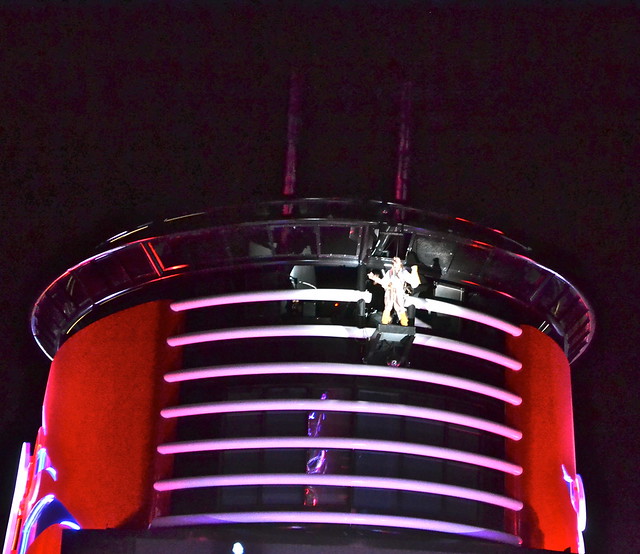 He jumped on to the stage! 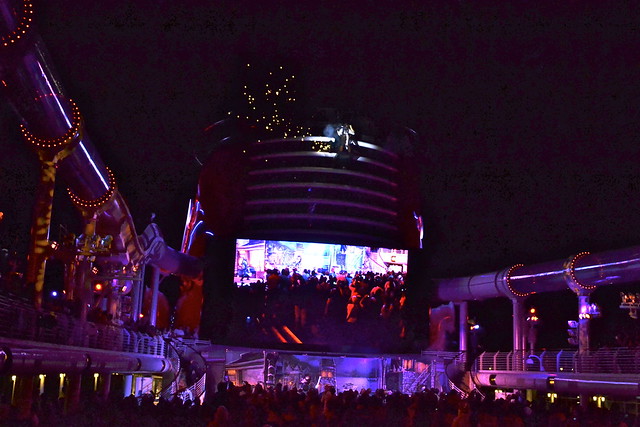 And now for the finale of a fifteen minute firework show 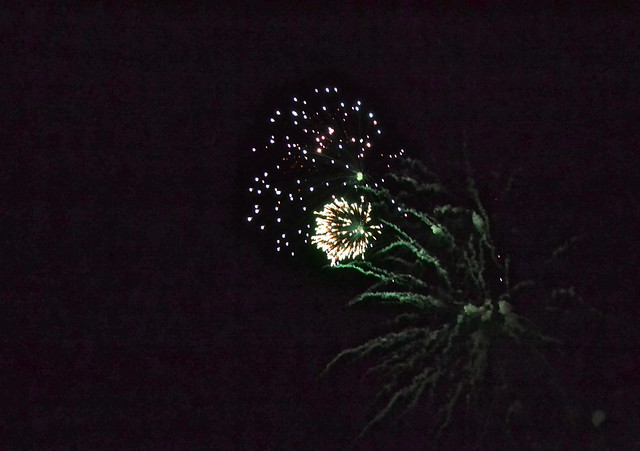 Thanks, Disney, for such a great experience on your newest Cruise Ship.