5 Best Music Festivals to Travel to

If you have never considered travelling to a music festival, you don’t know what you are missing! Whether you are a switched-on teenager or a chilled-out hippy, there is no better experience than spending a few days in a field with thousands of strangers. Here are 5 of the best music festivals to travel to

Many kinds of music acts now focus on the festival circuit rather than organizing their own tours, as it is a more cost-effective way to engage with fans.

With so many events to choose from, it can be difficult to know where to go, but we have come up with five festivals you simply cannot afford to miss. 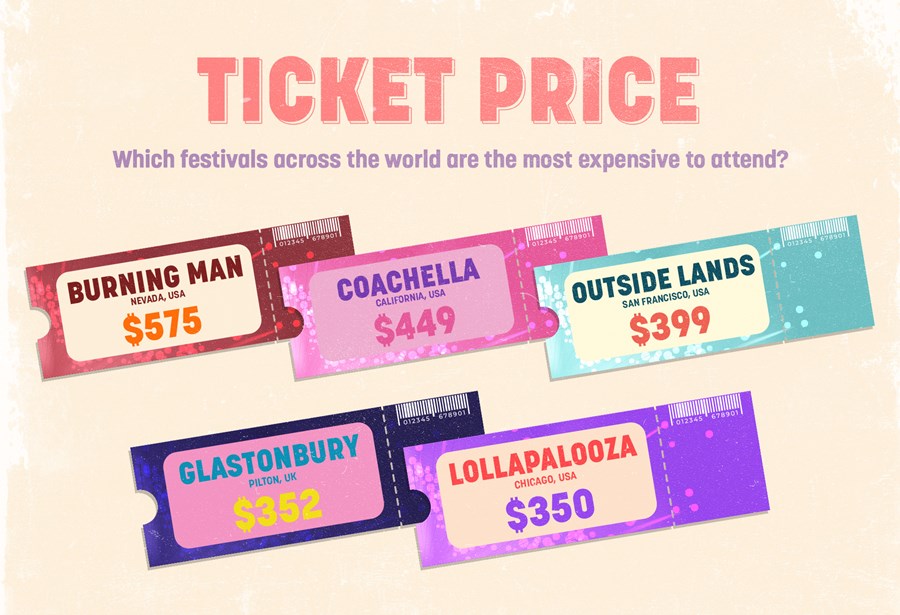 A recent study by Betway discovered that Glastonbury’s 210,000 capacity makes it the third-biggest festival in the world.

With more than 100 stages there is something to suit every taste, from music acts you have never heard before to the biggest superstars on the planet.

Set in sprawling fields in rural Somerset, a trip to Glastonbury should be high on the list of things everyone does before they die.

Related Read: What to Pack for a Music Festival

Coachella set a new record in 2017, becoming the first recurring festival to break the $100 million profit mark in a single year.

The event is a magnet for celebrities and always attracts an ‘A’ list line-up along with some of the music industry’s hottest rising stars.

The White Stripes, Amy Winehouse, Kendrick Lamar and James are amongst a plethora of top acts that have graced the Coachella stages.

This iconic Danish event is the largest festival in Northern Europe and boasts a strong commitment to supporting charitable causes.

The festival is run by the Roskilde Foundation, which has since run the event as a non-profit organization for the development and support of music, culture and humanism since 1972.

The 1996 line-up is widely viewed as one of the best in music festival history, with top acts such as the Foo Fighters and Rage Against the Machine not even amongst the headliners.

Started by Jane’s Addiction frontman Perry Ferrell in 1991, the once nomadic Lollapalooza put roots down in Chicago’s Grant Park a decade ago.

While the event has increasingly started to attract a younger crowd, age is no barrier if you are a true live music aficionado.

With hundreds of acts across eight stages including the never-ending rave at Perry’s Stage, Lollapalooza will leave you feeling breathless.

Related Read: How to Get to Backstage in a Concert

Splendour in the Grass

Australia often gets overlooked as a potential destination for festival-goers, but it is home to one of the most vibrant events on the planet.

Splendour in the Grass has become an Aussie institution, with 30,000 people travelling each year to North Byron Highlands for three days of music, art and camping.

You can also exercise your brain at the informative Splendor forum – home to talks, comedy shows and plenty of philosophical debate.