The 5 Best National Parks for an African Wildlife Safari 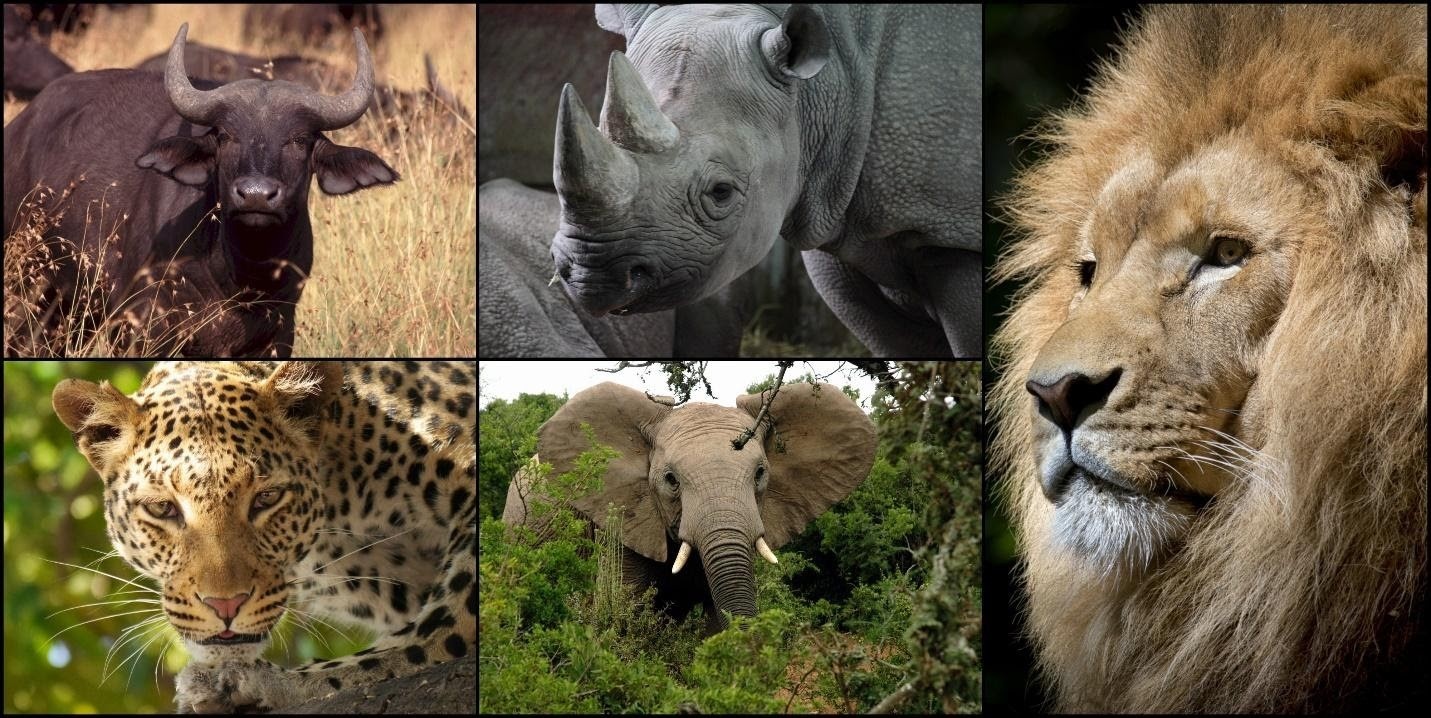 Africa is a surreal safari holiday destination. It is home to the great wildebeest migration, all members of the big 5, white-sand beaches, and a lot more. The word safari is a Swahili word that means (to journey through), and it perfectly encapsulates the adventure that awaits you on your African holiday. You will travel deep into the grassland savannas, stray of the modern roads into Africa’s remote settings, and come one-on-one with the culture and the natural wonders of the continent.  But which are the top 5 African wildlife safari destinations for a surreal family holiday?

The Masai Mara is a game reserve located in the southwest of Kenya, Narok County, approximately 6 hours by road from Nairobi City. The park measures 1510 square km, and it is in every aspect a land of breathtaking savannahs, abundant wildlife, and immersive cultures. The game reserve was recently crowned Africa’s leading national park of 2019 by the World Travel Awards. The Mara was established in 1961 to protect wildlife from hunters, and it has since emerged as one of the best African safari destinations for families, camping enthusiasts, and group tours.

Running through the reserve is the Mara River, which is home to hundreds of hippos and crocodiles. The Mara River is also the international boundary between Kenya and Tanzania.  It is the barrier that wildebeest have to cross in the race for survival that is the Great Wildebeest Migration. The event sees over 1.2 million wildebeests, zebras, and different species of antelopes migrate from the Serengeti National Park in Tanzania into Kenya’s Masai Mara Game Reserve. The actual Mara river crossing occurs between May and July, and it’s the climax of a safari to the Mara. 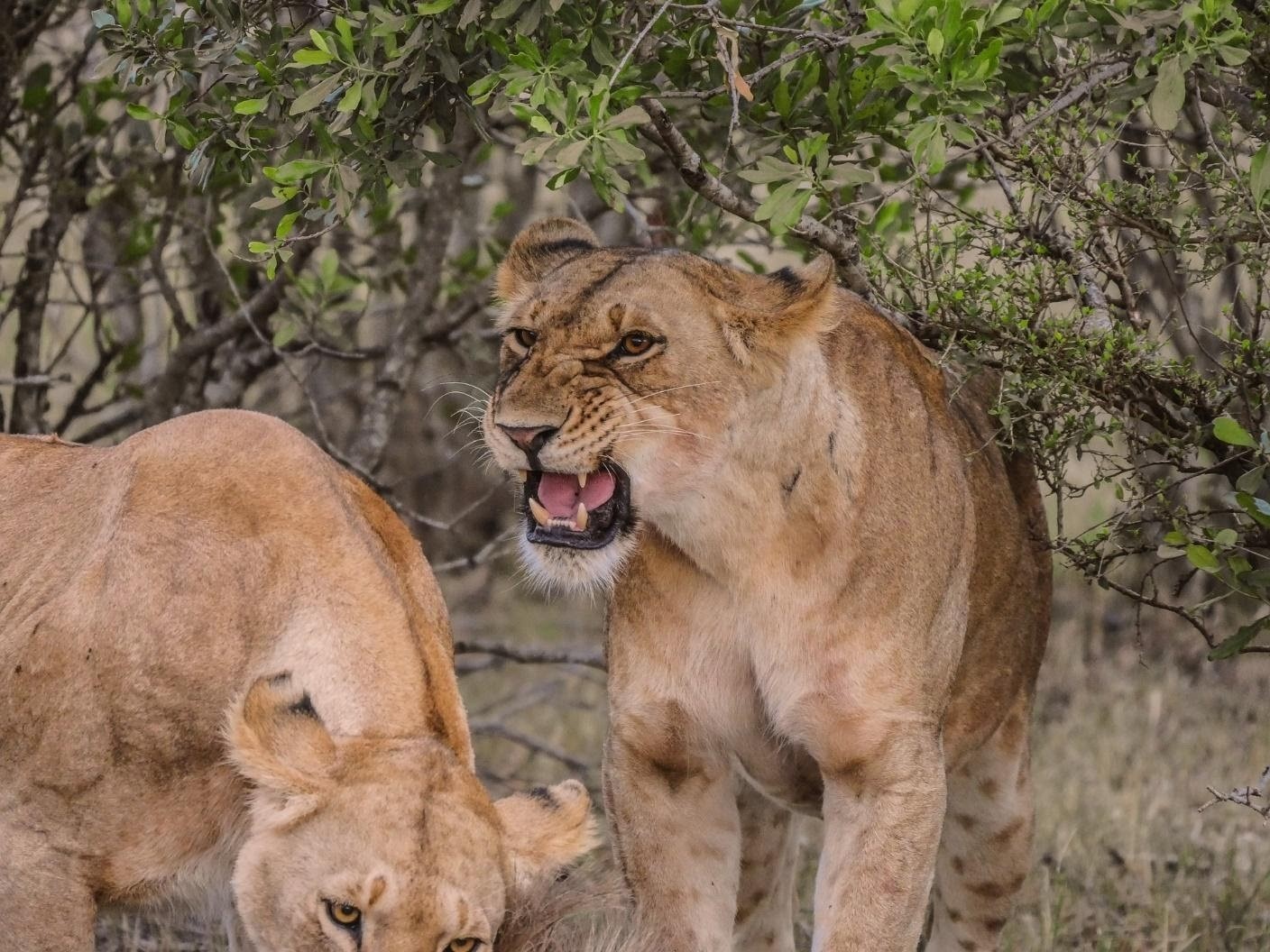 The best time to visit the Masai Mara Game Reserve is between July and October when there is a lot of wildebeest and zebra to provide food for leopards, cheetahs, and lions. You are almost guaranteed to see leopards, lions, cheetahs, giraffes, hyenas, wildebeests, impalas, buffaloes, and zebras.

Besides game drives, there is so much more to do during your Kenya tour in Masai Mara. The reserves clear skies are perfect for hot air balloon safaris. You can also enjoy bush dinners, walking safaris, or visit a Masai village. Just to mention, the Masai are the most photographed people in the world, and they are known worldwide for their intriguing cultural practices.

If you are planning to book Kenya holiday packages to Masai Mara, visit AjKenyaSafaris.com. The agency has been in the Kenya safari industry for 2 decades, their guides are born and raised in Kenya, and they have Masai Mara safari packages of all budgets.

No Tanzania safari is complete without a visit to the legendary Serengeti National Park. Those who have visited the Serengeti before only say great things about it, from its lovely atmosphere to the thousands of animals that you can’t seem to get enough of.

The Serengeti measures 14,763 (5,700 sq miles). It stretches from Northern Kenya and borders Lake Victoria to the West. It houses the largest population of lions in the world, currently standing at 2,500 lions. Over 518 bird species have been spotted in the park and it’s equally popular for the great wildebeest migration.

On a Safari tour to the Serengeti, you will definitely spot a gazelle, lions, zebra, and wildebeests. To get the best out of the trip, visit the Serengeti Park between June and September when the wildebeest are migrating from the Park into the Masai Mara National Reserve in Kenya.

Besides game drives, the Serengeti is also popular for its adventure-packed hot air balloon rides. The flight takes off at dawn over the Serengeti plains, allowing you to take in the breathtaking view of the herds of herbivores and predators below, while also admiring the stretches of the plains occasionally interrupted by kopjes.

The Kruger National Park is located in South Africa. It covers over 7,332 sq miles making it the largest national park in Africa. Kruger National Park is located between the provinces of Mpumalanga and Limpopo in the north-east of South Africa. Mozambique lies on the eastern border while Zimbabwe is right on the northern border.

The park is home to almost 500 different types of trees and a variety of animals, including fish, amphibians, reptiles, birds, mammals, and so much more. Love to see an elephant, leopard, rhino, cape buffalo or lion? Kruger National Park is the perfect place for your African Wildlife Safari.

There is so much to see here, so come with your camera. A significant factor to take note of when visiting this park is the weather. You would want to pick the time of the year where there are no rains. Summertime is the best season to see the animals as they gather a lot at watering holes. So, plan your visit to the Kruger National Park between May and August. 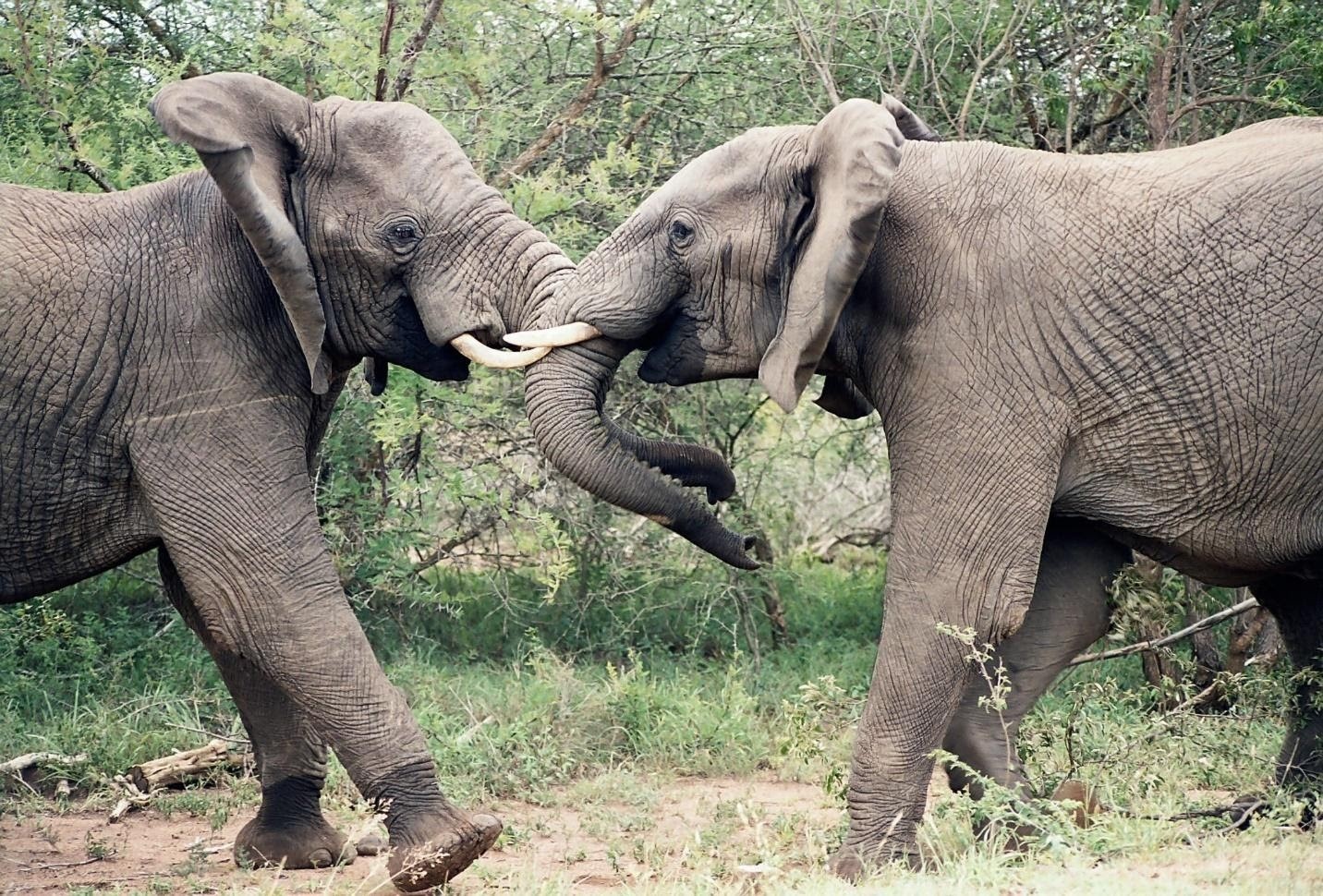 With its abundance of wildlife and beautiful wetlands, the Okavango Delta in Botswana is a year-round safari holiday destination. As an inland delta, it changes between 6,000 square kilometers to approximately 15,000 yearly. During the winter season, the delta hosts larger herds of elephants and buffaloes which reaches as high as 30,000. On a safari trip in Okavango Delta, each day brings in new surprises.

The best areas for game drives in Okavango Delta include Eagle Island, Jao Island, Chitabe, and Duba plains, all favorite destinations for thousands of tourists.

You can visit Okavango Delta at any time of the year, but the best time to get a perfect view of the wildlife is between June and August when you can watch how the animals migrate to the delta. You can also be a part of canoe and boating safaris. If June to August is not a convenient time for you, then try visiting during the dry season in September and October. During this time, most of the animals gather around the fringes of the delta, and avid anglers can engage in the barbell run. This is every fisherman’s dream.

Depending on your tolerance for heat, you can opt to visit this national park during the dry months of April to October. However, if you would prefer a more temperate climate, you can go on a wildlife safari to South Luangwa from May to August. A distinctive feature of this national park is the presence of rare animals. You may just see a Thornicraft giraffe. 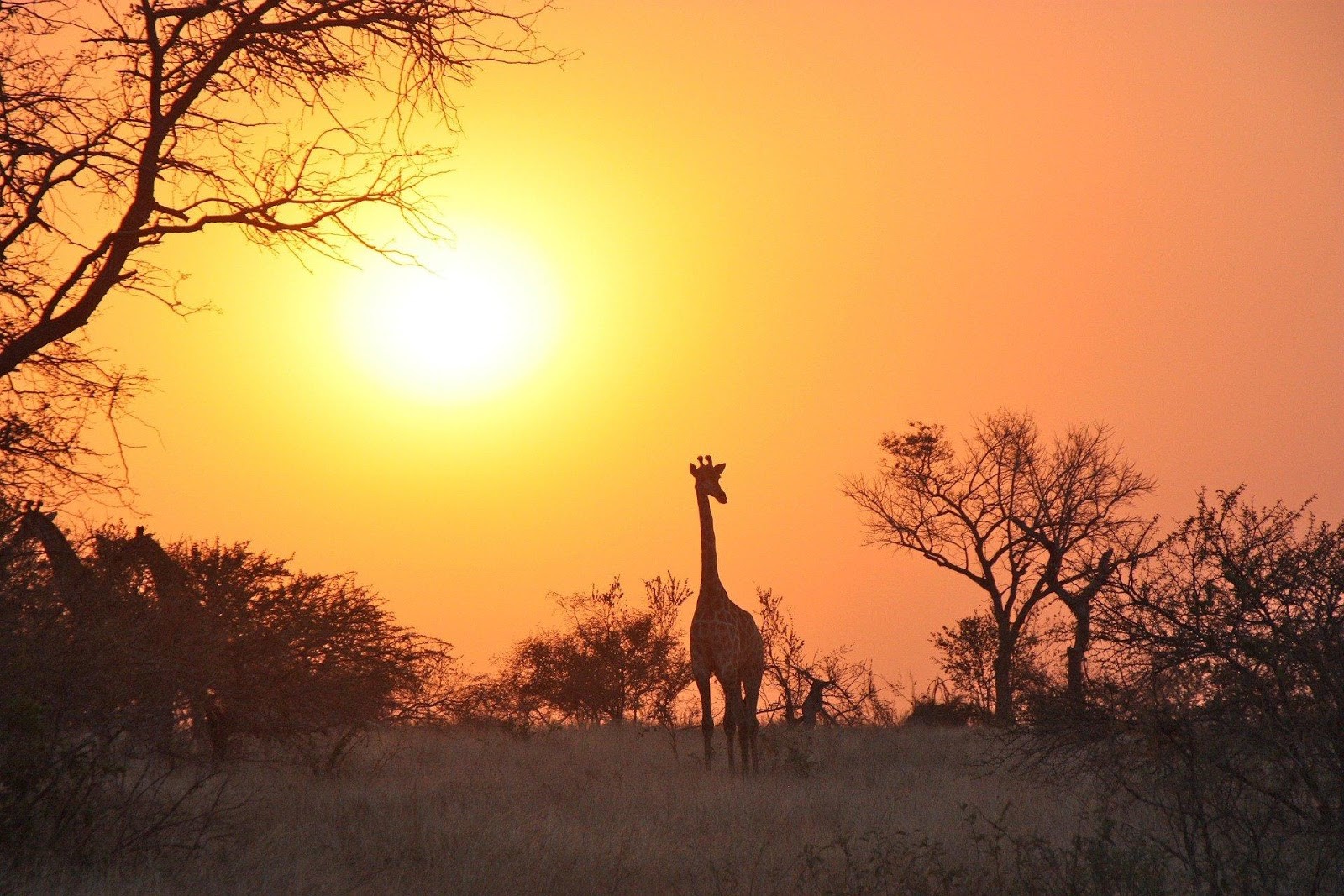 These are the top 5 national parks for the best wildlife safari in Africa. Regardless of the one you choose to explore with AjKenyasafaris.com or MasaiMarasafari.in, you won’t be disappointed. You will see lots of wildlife life, bird species, and if your budget allows, you will get to savor all the adventure aboard a hot air balloon safari. How about bush diners? Walking safaris? A visit to a Masai village? The adventure that awaits you on your African safari is unmatched.