Swamp Tour New Orleans – Is It Worth the Trip?

Traveling to New Orleans as a single parent allows me to really expand my search for best family friendly adventures in the area. And, of course, I had a lot of help by watching ‘Princess and the Frog’ a ton of times to know that we wanted to get a peak of the bayou and swamps. 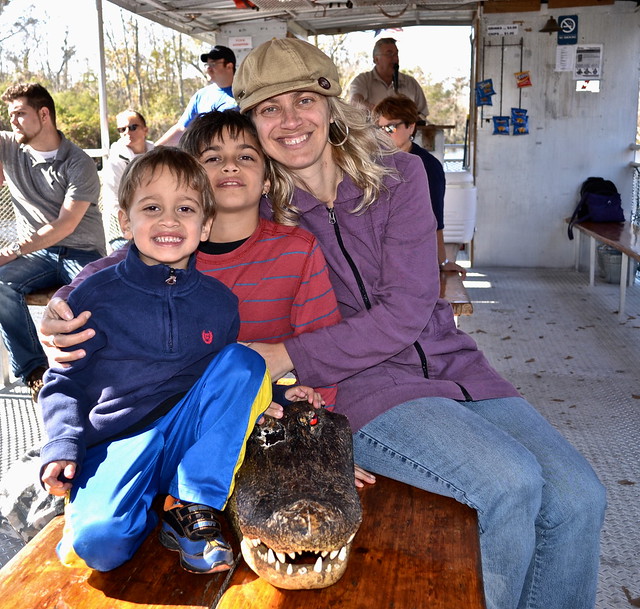 And when I originally contacted Lindsay from BigEasy.com, I was sure that this would be a full day excursion. Not so much for the swamp tour itself, but that it would be really far away. After talking to her countless of times, she was super helpful, I was relieved to know it was only 30 minutes each way in a comfy shuttle.

This immediately made it a must do for us to do.

The Big Easy actually works with Jean Lafitte Swamp Tours, but Lindsay was the one that set up the shuttle pick up and drop off at our hotel. You can chose a number of times to do the tour from early morning to afternoon. Love the flexible schedule, especially with kids, we did the late morning tour. 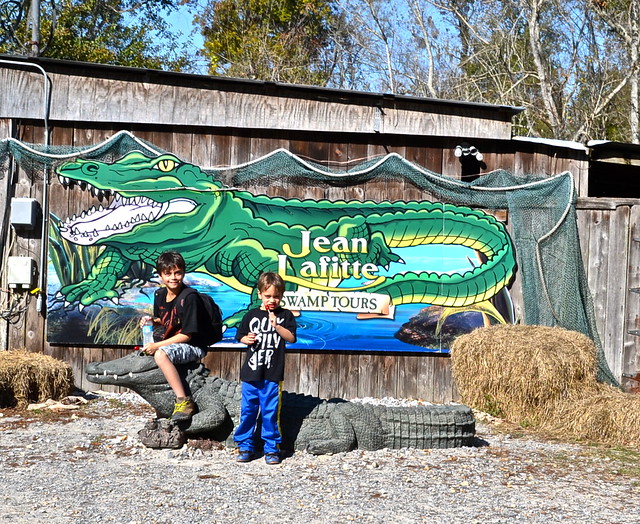 Our guide was a fun, jolly Louisiana man who was just great. He was to the point, no bells and whistles, a true Southern man. This alone made me enjoy the tour so much. 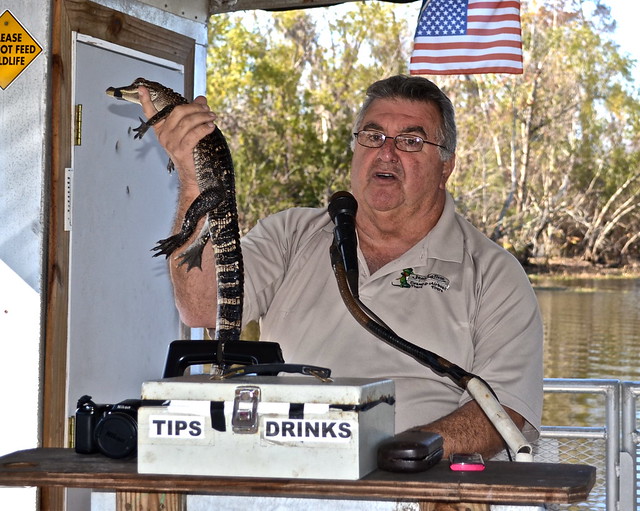 Upon arrival you have some time to walk around the property and check out some of the rescue animals they have. They have some gators and turtles. 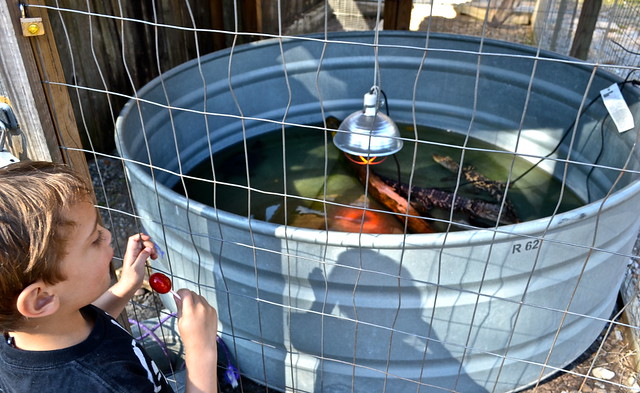 Once we boarded our boat, we were off into the swamp area. Interesting enough, even though New Orleans is mainly on swamp land, the canal we first started on was man made.

Once we got further in, we entered the bayou. Bayou is the natural waterway of the swamp area. That is literally the only difference, it is nature made vs. man made. With plenty of gators for us to say hello to.

Secretly, we were all hoping to see Madam Odie’s house, instead we got to see this one. Which is what the houses at one point truly looked like when people lived along the swamps and bayous. 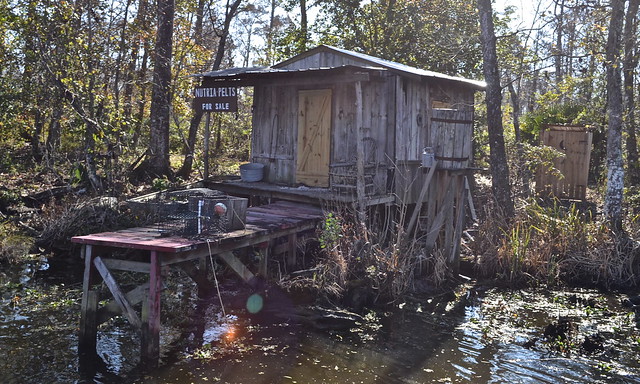 However, the most fun was on the boat. The guide brought out taxidermic heads of a gator which he recommended the kids to go nuts with. 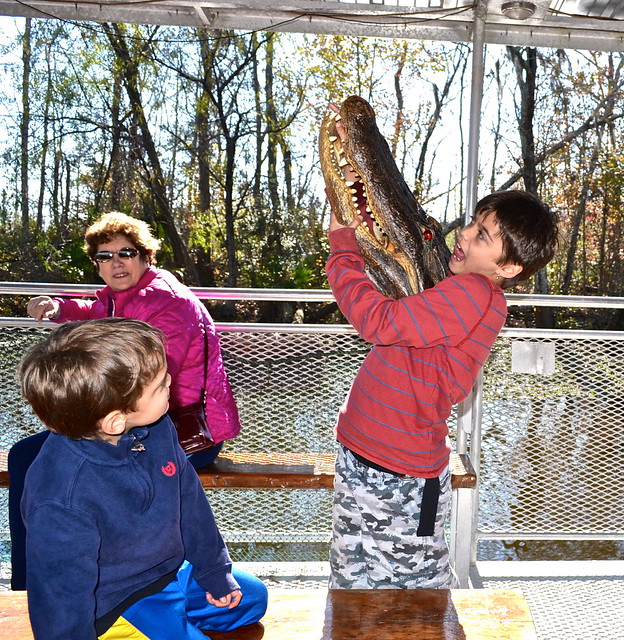 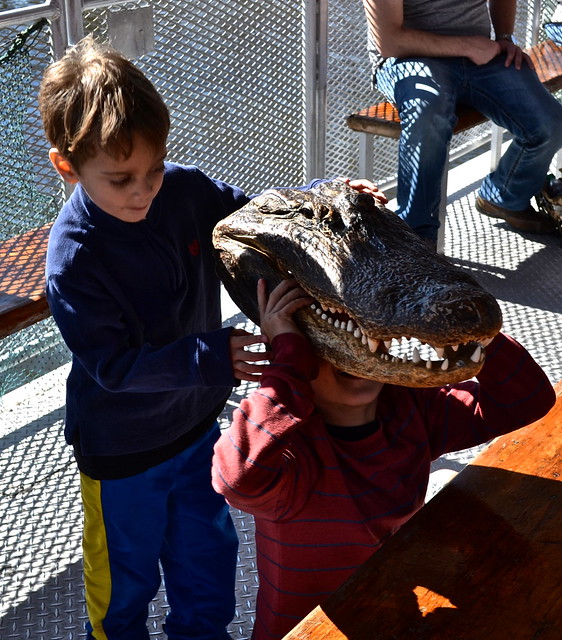 But my favorite was the turtle. 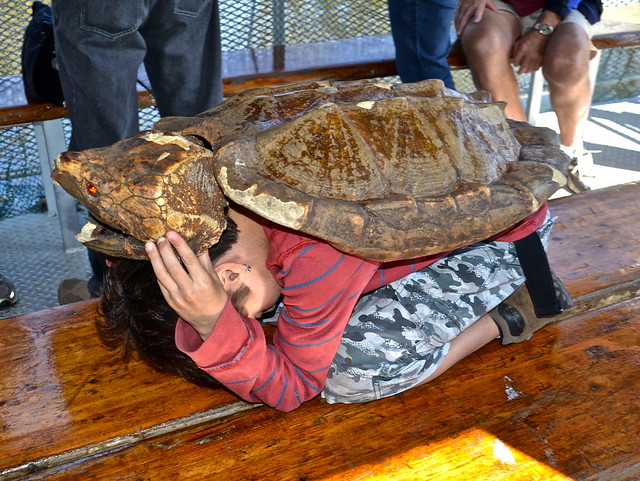 At the end, the guide passed around a baby gator for us to touch. The gator was a rescue as well, and they are actually rehabilitating it until it is big enough to be released. 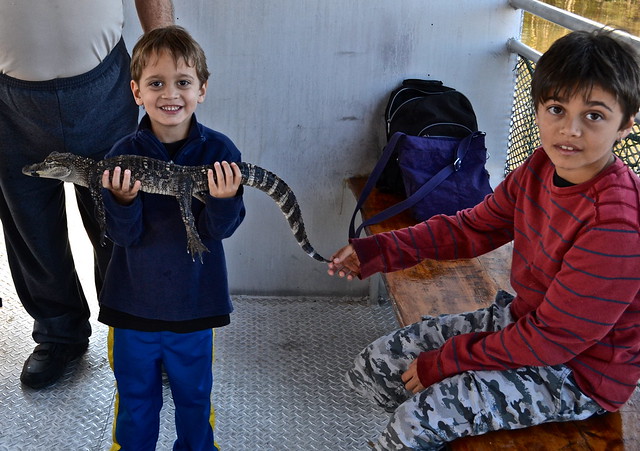 So was the tour worth it?

Interestingly enough, my kids were the only kids on the boat. So, even though I thought this was more a family adventure – which it is – this really is for everyone.